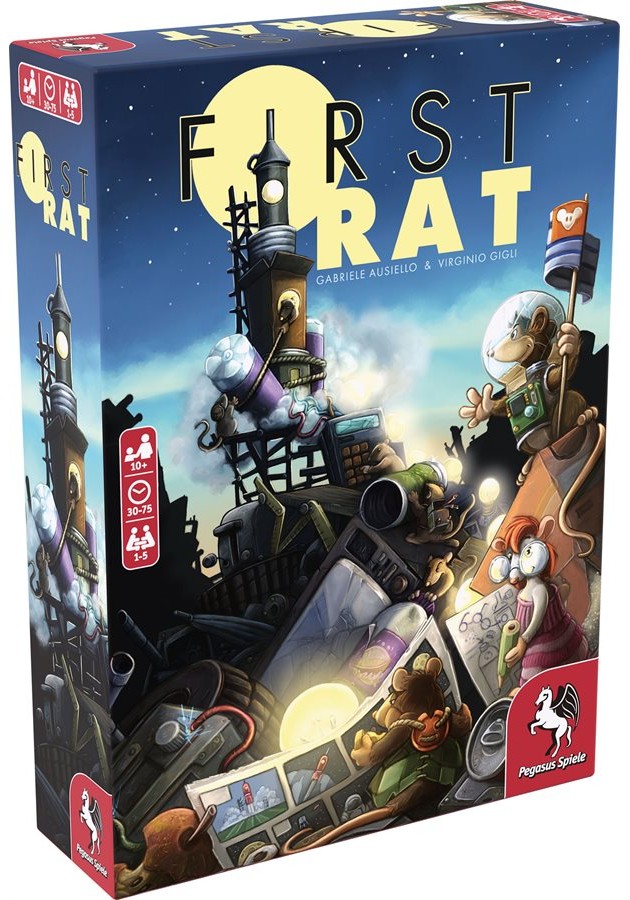 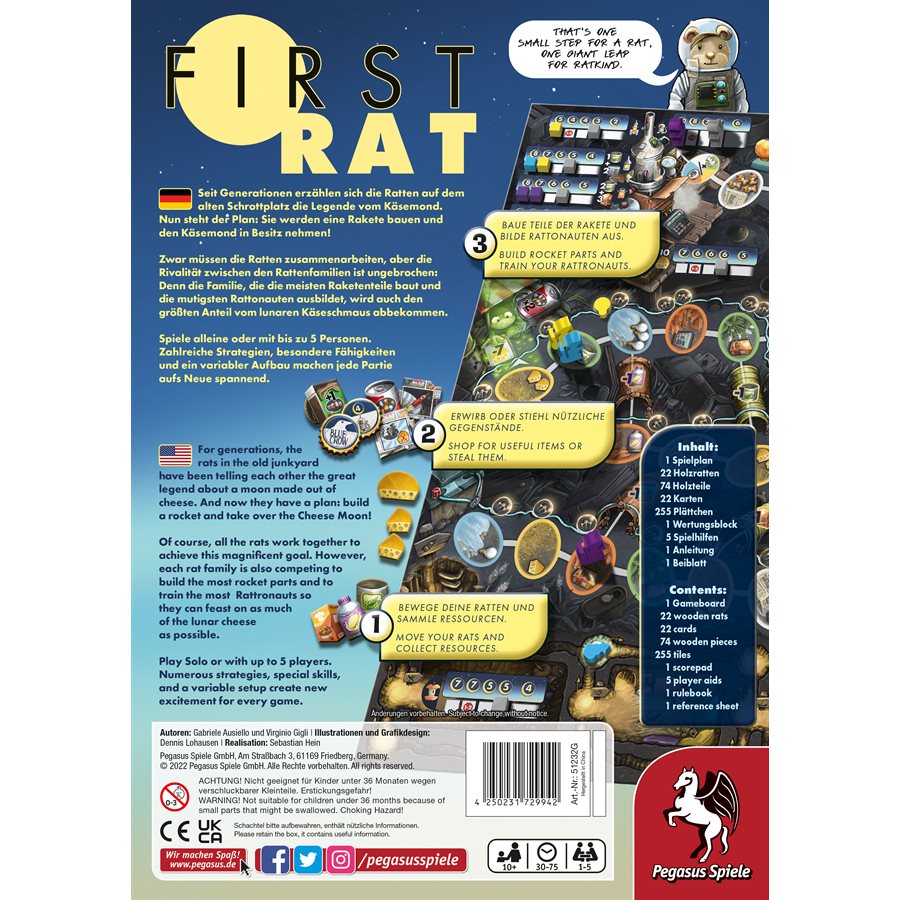 For generations, the rats in the old junkyard have been telling each other the great legend about a moon made of cheese. And now they have made up their mind: they will build a rocket and take over the Cheese Moon! Of course, all the rats work together to achieve this magnificent goal. However, each rat family is also competing to build the most rocket parts and to train the most Rattronauts so they can feast on as much of the lunar cheese as possible.

First Rat is a Core Game for up to five players, which can also be played solo. Numerous strategies, special skills, and a variable setup create new excitement for every game. On every turn, players have to decide whether they want to move one of their rats up to five spaces or if they want to move multiple rats up to three spaces instead – which is only possible if the rats end their movement on spaces of the same color. And if there are already rats in that space, it also costs one cheese per rat! Moving across the junkyard, players collect resources, buy (or steal) useful items, build parts of the rocket or train their Rattronauts, in order to collect as many Victory Points as possible. Who will be the First Rat?

First Rat includes a solo mode as well as variable game set-ups described in the rulebook.