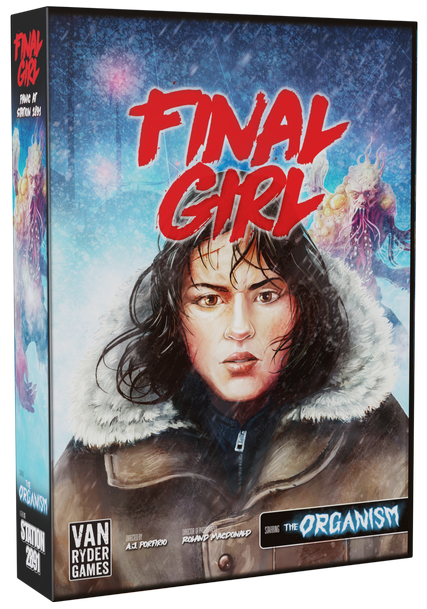 There's nowhere to run when an unseen enemy comes to the arctic station where you and a small project group have come to do research. The only way out is by helicopter, but the problem is, you don't know who you can trust. Who has been assimilated by the organism? Someone? Everyone?

You won’t know who you can trust when playing against The Organism. How can you fight what you can’t see? You’ll have to test the victims in the lab or with test kits you find to determine if they’ve been assimilated. Of course, your real job is to kill mutated victims to stop the spread once identified! Featuring three different types of organisms, you’ll never know what you are going to face.

The arctic Station 2891 features new unique challenges. Anyone who stays outside too long risks succumbing to frostbite, but the only escape is via the helicopter traveling to and from the station from the Arctic airport. Will you try to save your comrades against all odds, or look out for numero uno and use them to buy yourself time?