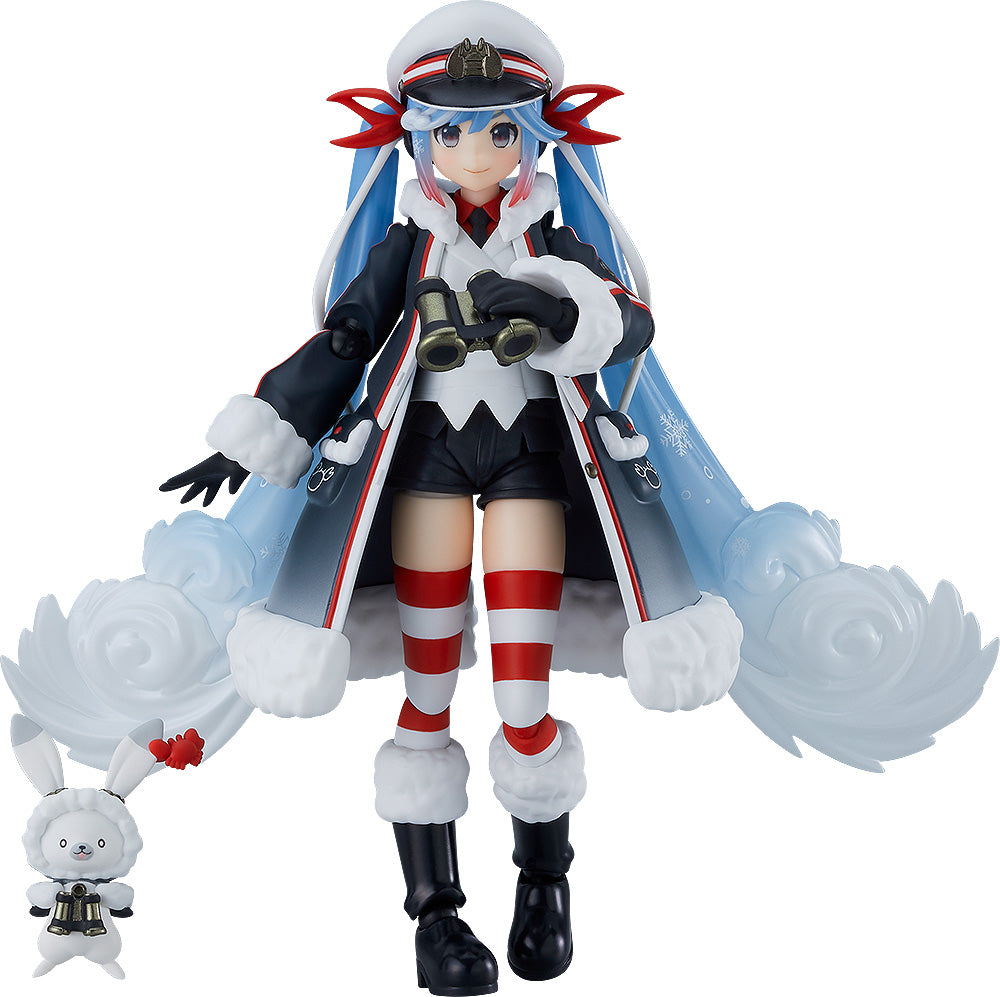 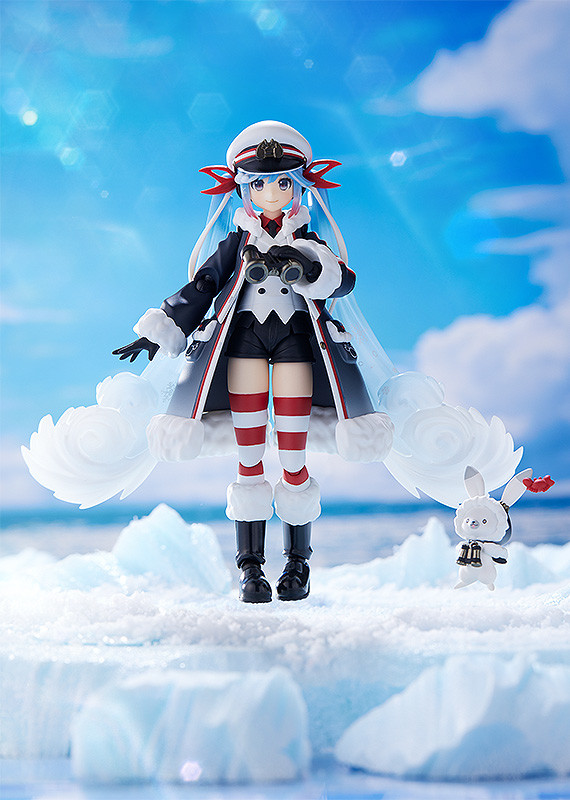 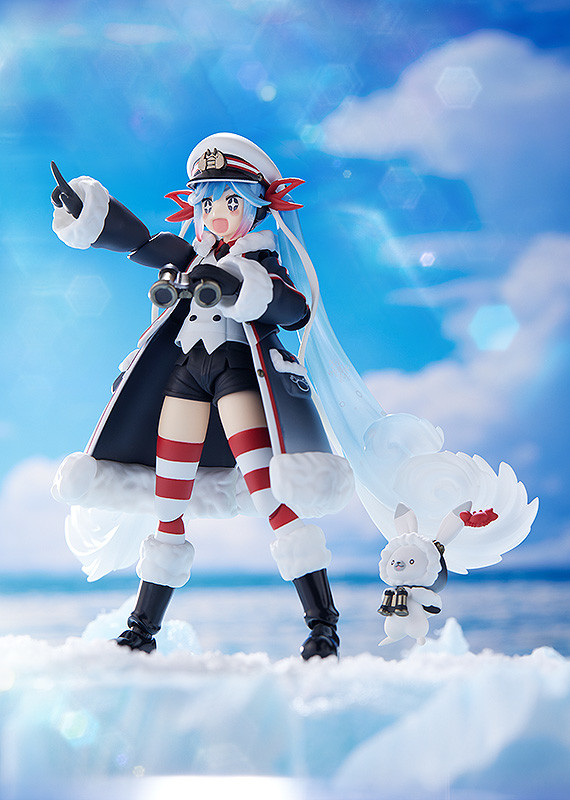 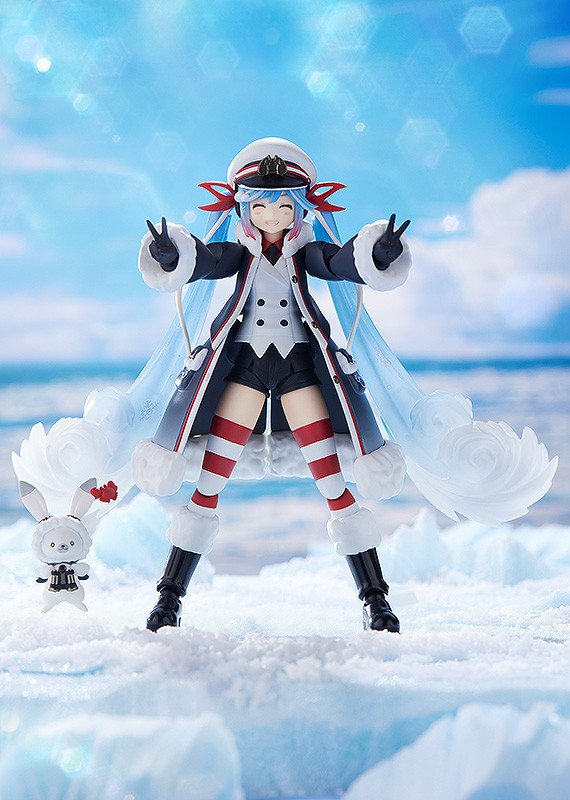 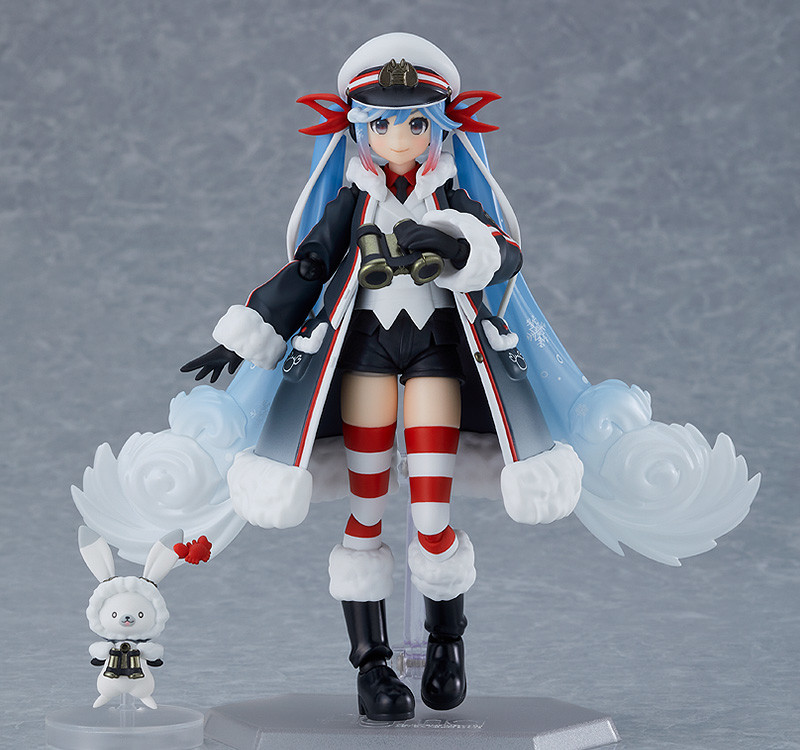 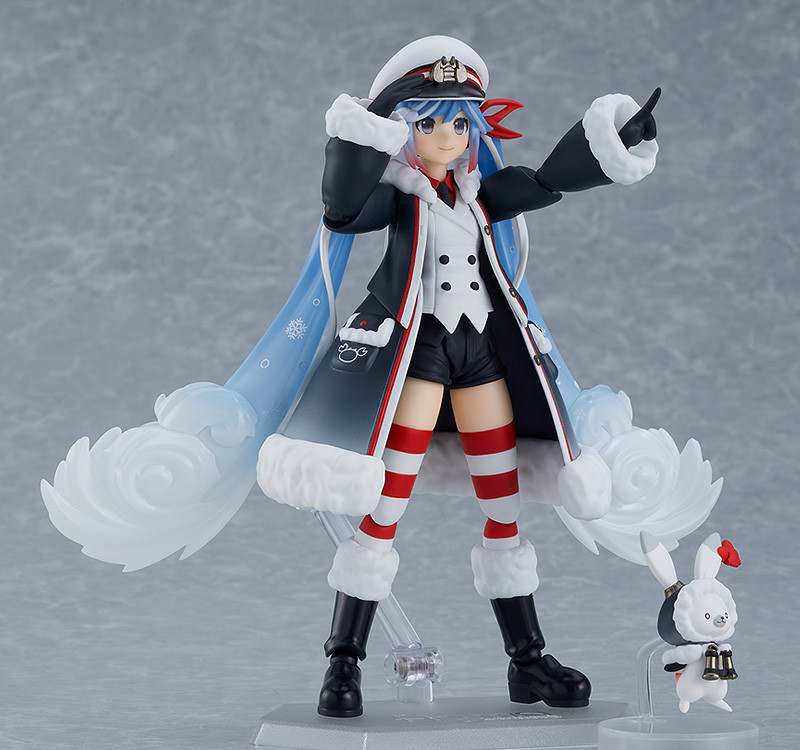 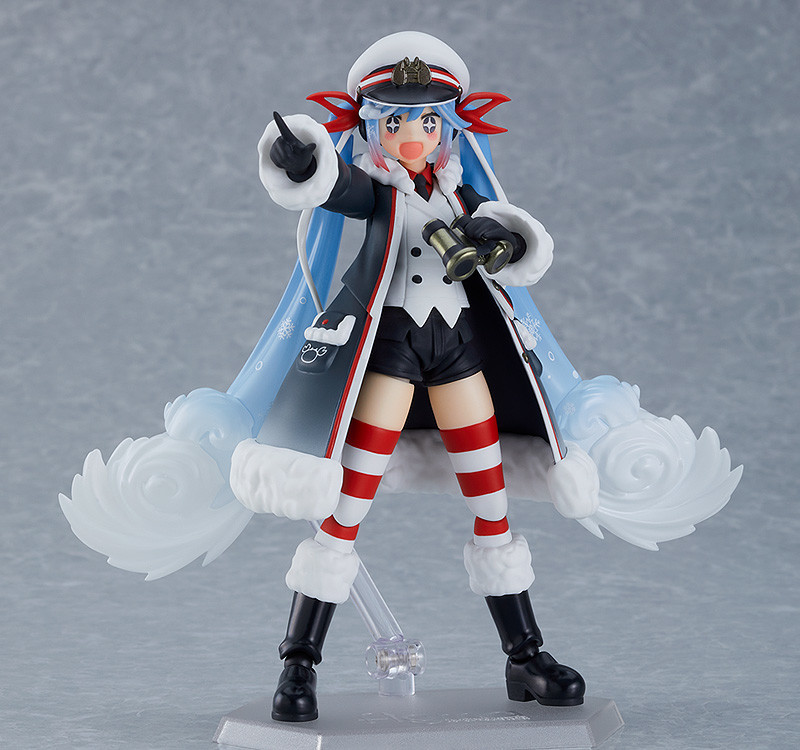 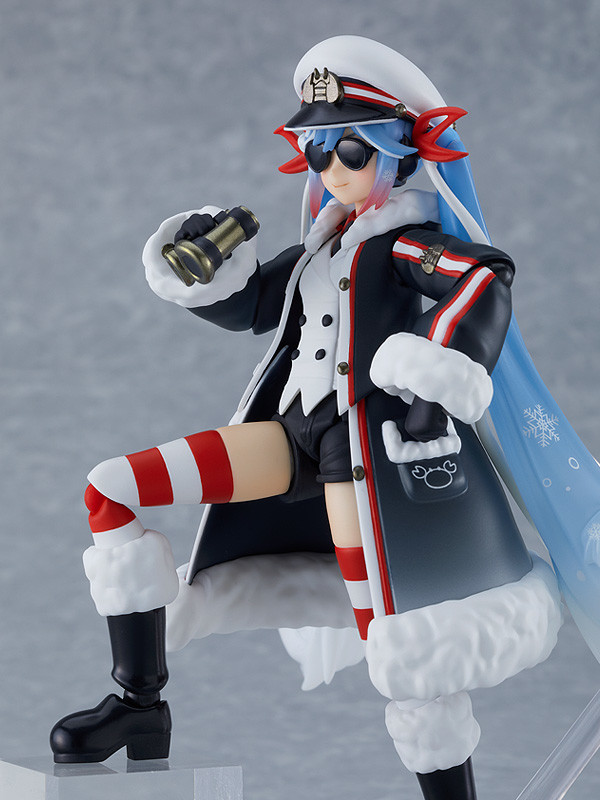 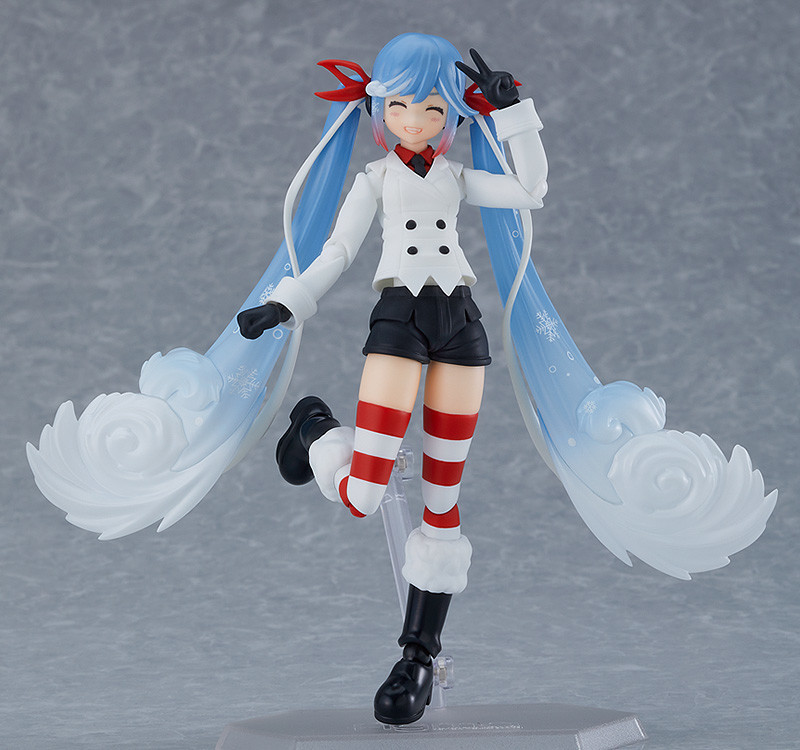 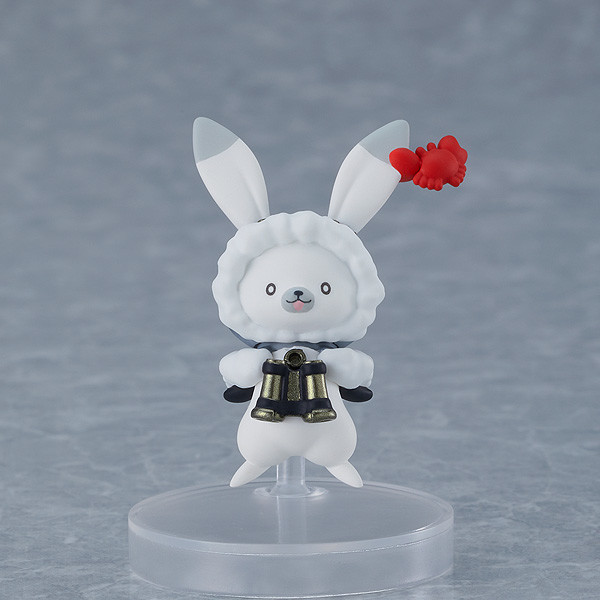 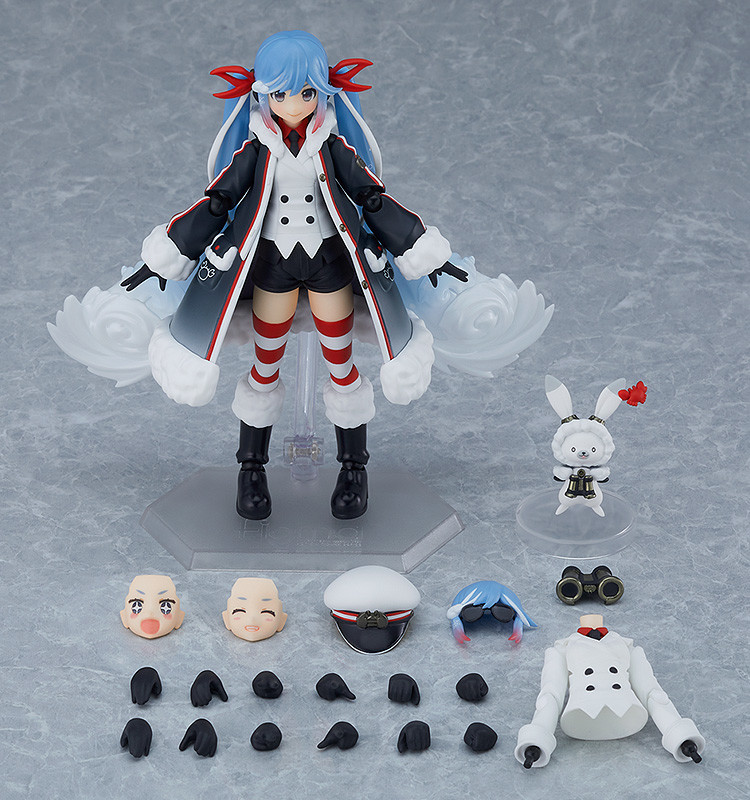 The adorable and strong Snow Miku dressed in her crab captain outfit, prepared to take on the rough winter seas, now in figma form!

2022 marks the 13th anniversary of Snow Miku, and the 2022 design was once again selected by fans through online votes between a selection of outfits all submitted to piapro by fans! This year the theme was "The Ocean Inspired by the Hokkaido Winter", and the winning Snow Miku design was this version based on illustrations by Detsu! The design has now been converted into this figma together with Rabbit Yukine!

Using the smooth yet poseable joints of figma, you can create a variety of poses on the included articulated figma stand. Snow Miku comes with 3 different face plates: her standard face, a smiling expression, and a face plate with stars in her eyes. The set also includes hair parts with sunglasses, pair of binoculars, an alternate upper body part with her jacket on, and a mini snow rabbit figure.