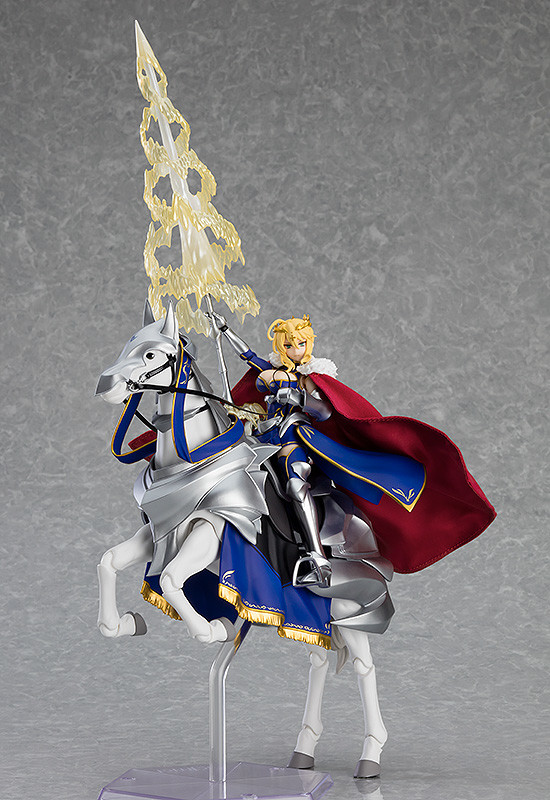 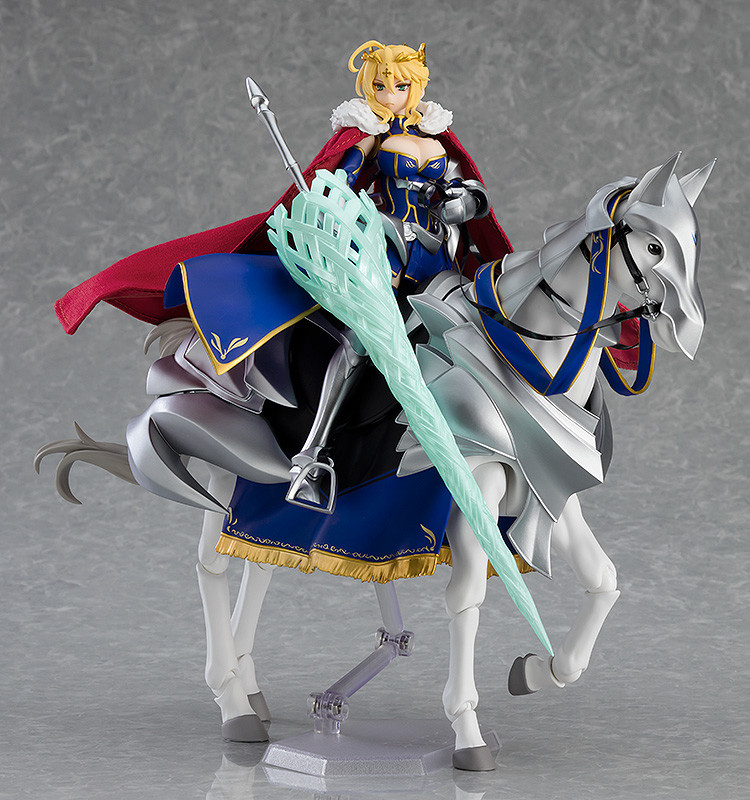 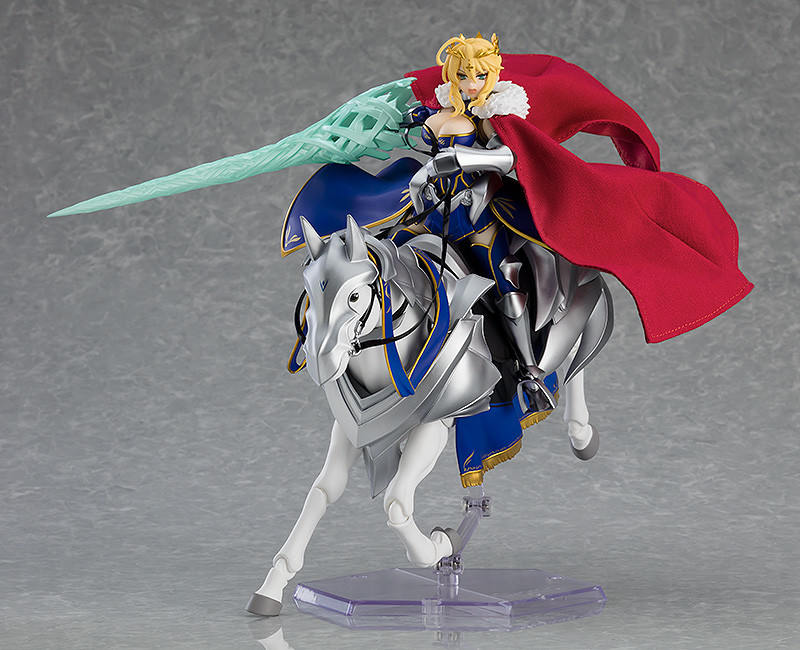 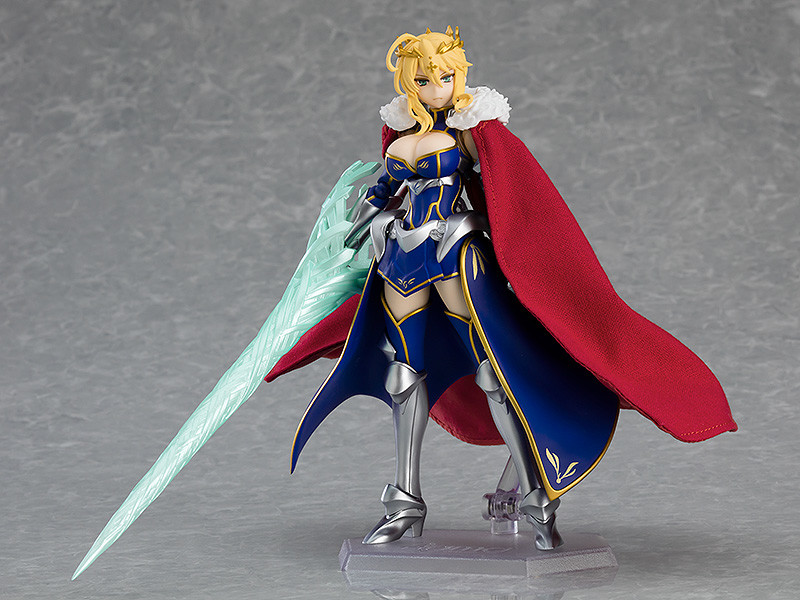 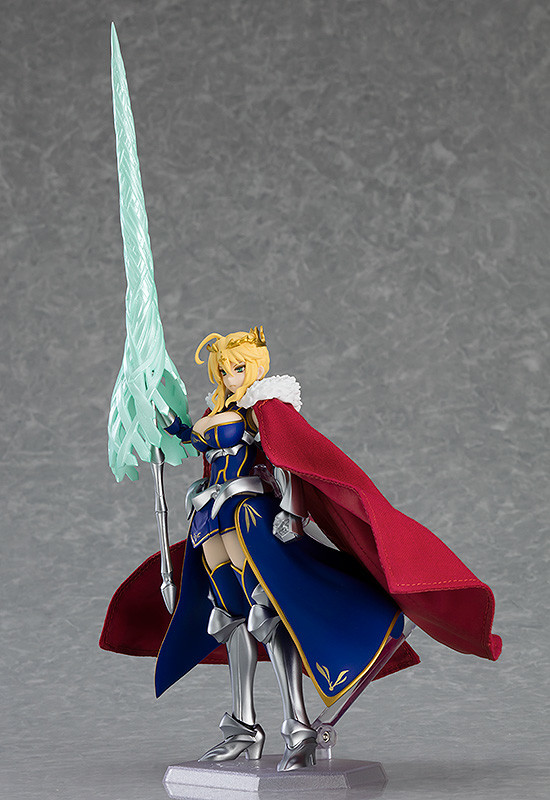 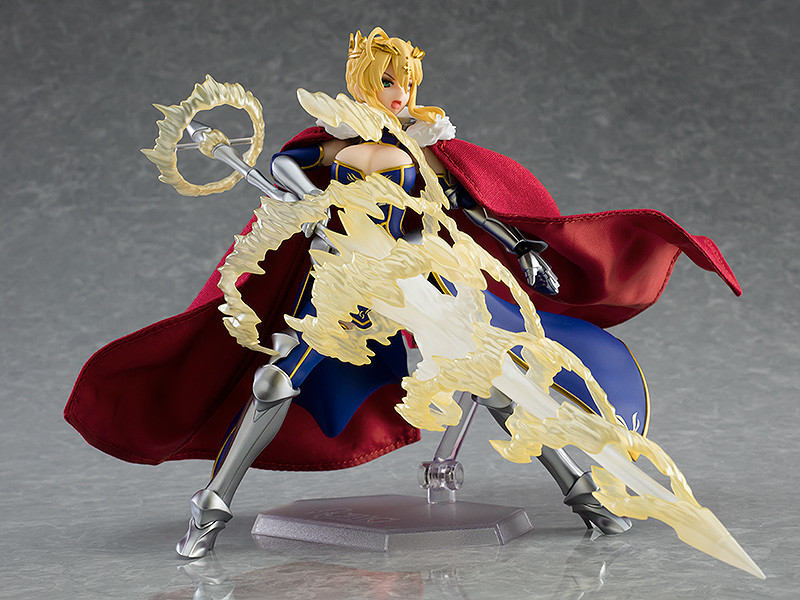 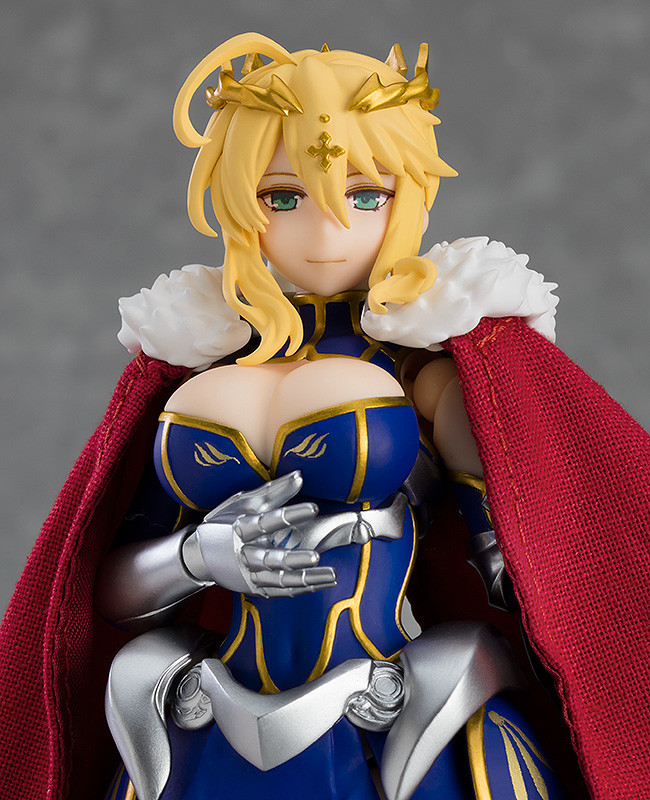 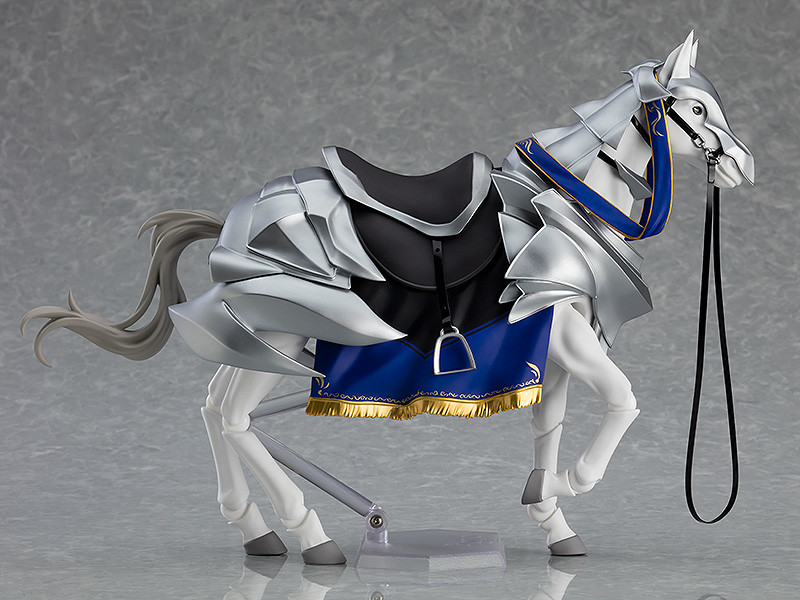 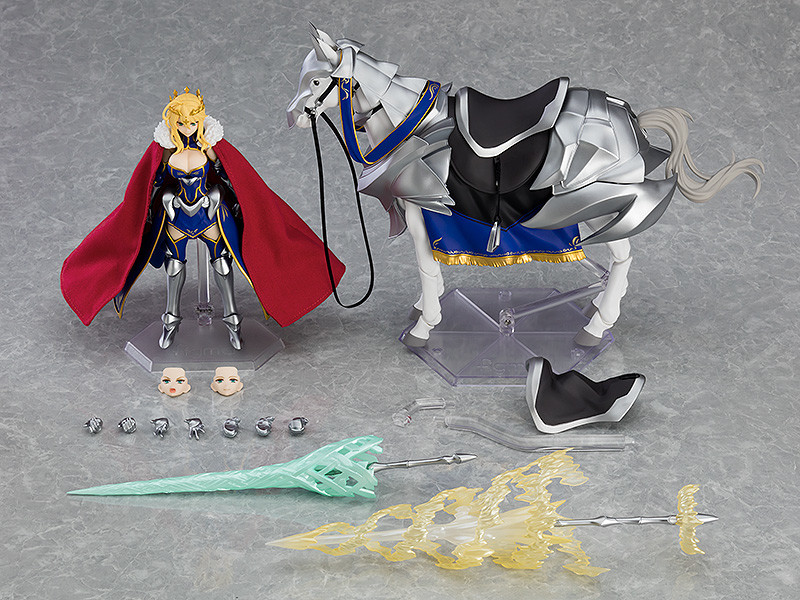 "Your power showed me the way. My holy lance is now stronger than ever."

Using the smooth yet posable joints of figma, you can create a variety of poses from the series. A flexible plastic is used for important areas, allowing proportions to be kept without compromising posability. She comes with three face plates including a serious face, a shouting face and a smiling face. Her sacred spear Rhongomyniad is included as an optional part along with a version of Rhongomyniad as it appears when she unleashes her Noble Phantasm. Dun Stallion comes with both a standard saddle and a fixed saddle part with a support arm. The reins and stirrups are made with soft, flexible material. Her cape features a wire in the hem allowing for easy posing. An articulated figma stand is included to display the figma in a variety of poses.