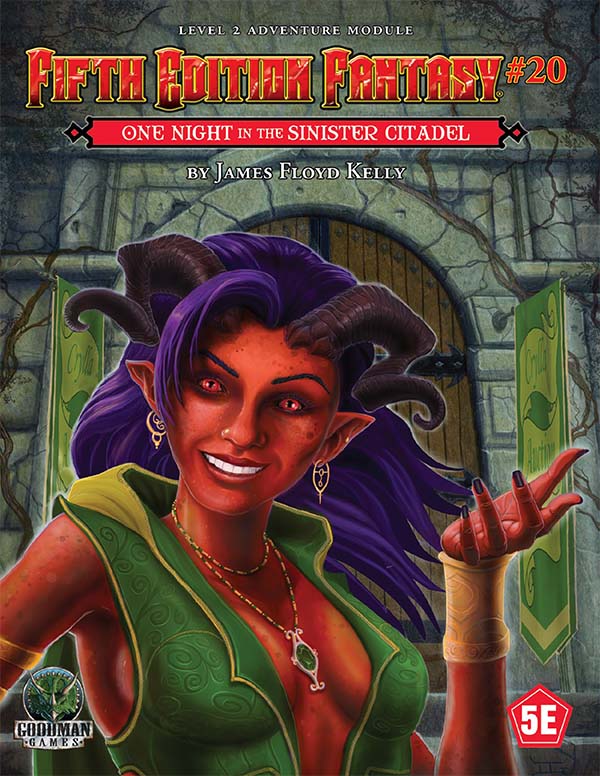 Set within an old converted citadel in the city of Broadgard is the Crylla Auction House. The Crylla clan are an eccentric but honest merchant family of tieflings with a long history in Broadgard. The long-awaited opening of the auction house is highly anticipated by the upper echelon of Broadgard’s elite. The auction house is preparing for its inaugural event, the sale of a plethora of enchanted items. Such prized commodities are sure to draw unsavory buyers and seedy undesirables, so extra security has been hired to secure the vault, including the heroes! But the citadel itself has many buried secrets, the local Thieves’ Guild makes a run for the treasure, and one of the enchanted items has a mind of its own! Perhaps it will not be a quiet night for our heroes! What is the high cost of terror, and who can afford to pay it!  Get out of the Dungeon, and into the City for a thrilling adventure! The High Cost of Terror is an all new 5E urban-based adventure suitable for a group of 2nd level characters. Skill with a blade is not always the answer, especially when in the confines of the city walls. The characters instead need to rely on timely sleuthing, and a glib tongue to unravel the mystery behind the Crylla Auction House. This short adventure is designed to be completed in a single session, and includes a bevy of new magic items and several new spells.