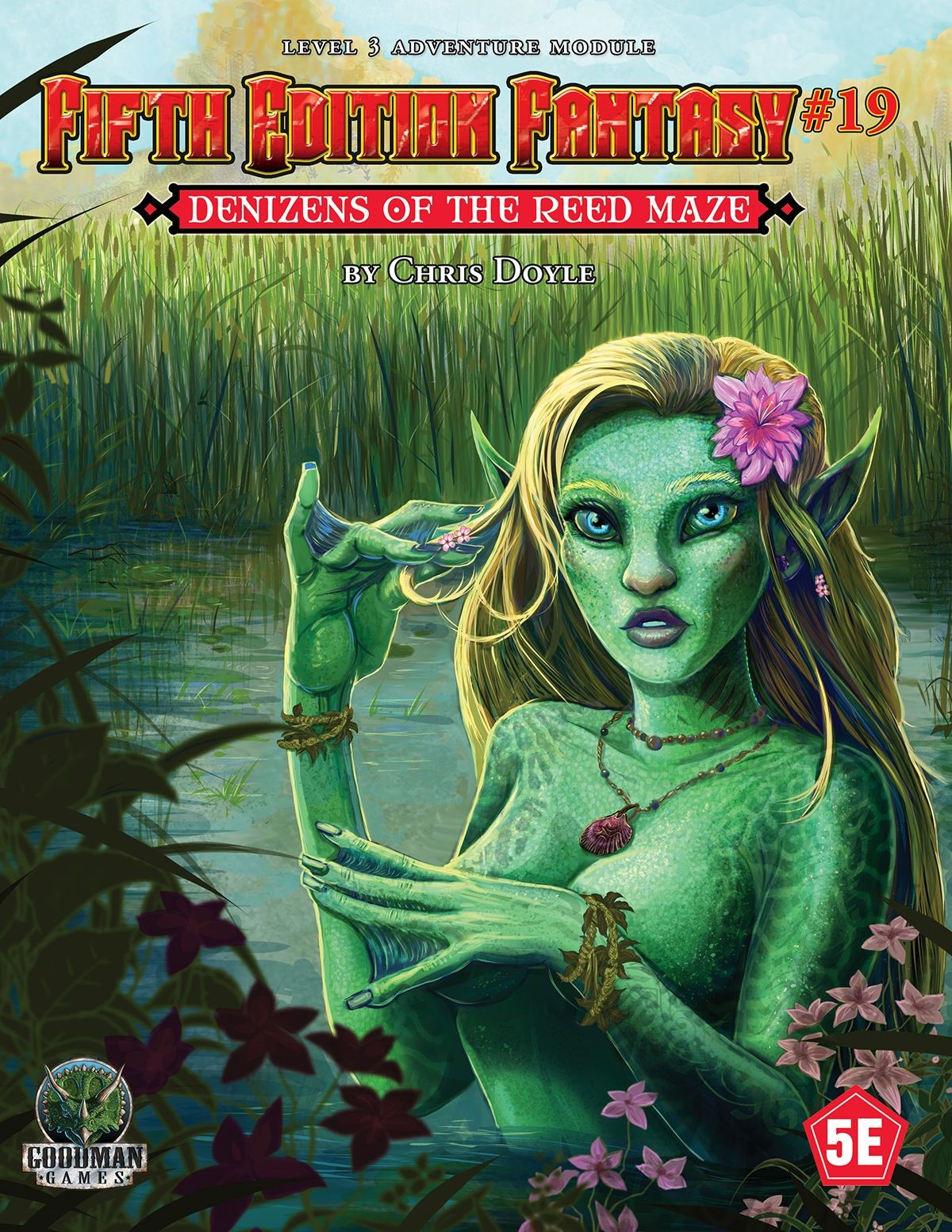 Your band of adventurers is gaining quite a reputation for yourselves in the border lands. A local patron encourages you to investigate a recently aggressive band of frogfolk, stirring in the nearby fens. The frogfolk have displaced a benevolent tribe of lizardfolk, and rumors persist they gather resources for an all-out war. The frogfolk have even cut twisting passages through the tall reed grass to defend the route to their hill-top lair. Something sinister must be behind these actions!  Following a trek through the stinking morass of the reed maze, your band finds a hidden shrine once dedicated to the Earth Mother but now the lair of the frogfolk leader. But all is not as it seems in this desecrated temple. What foul eldritch sorceries have corrupted the frogfolk leader and can the heroes put an end to its diabolical machinations?"  Denizens of the Reed Maze is an all new 5E wilderness crawl adventure suitable for a group of 3rd level characters.  Contained herein are challenges to test the mettle of both seasoned players and neophytes.  In addition to detailed encounters in the swampy reed maze, this module contains a keyed frogfolk village, and a ruined shrine now controlled by the despicable new leader of the tribe, plus full 5E statistics on several varieties of frogfolk.  Written by Chris Doyle, with a cover by David Griffith.