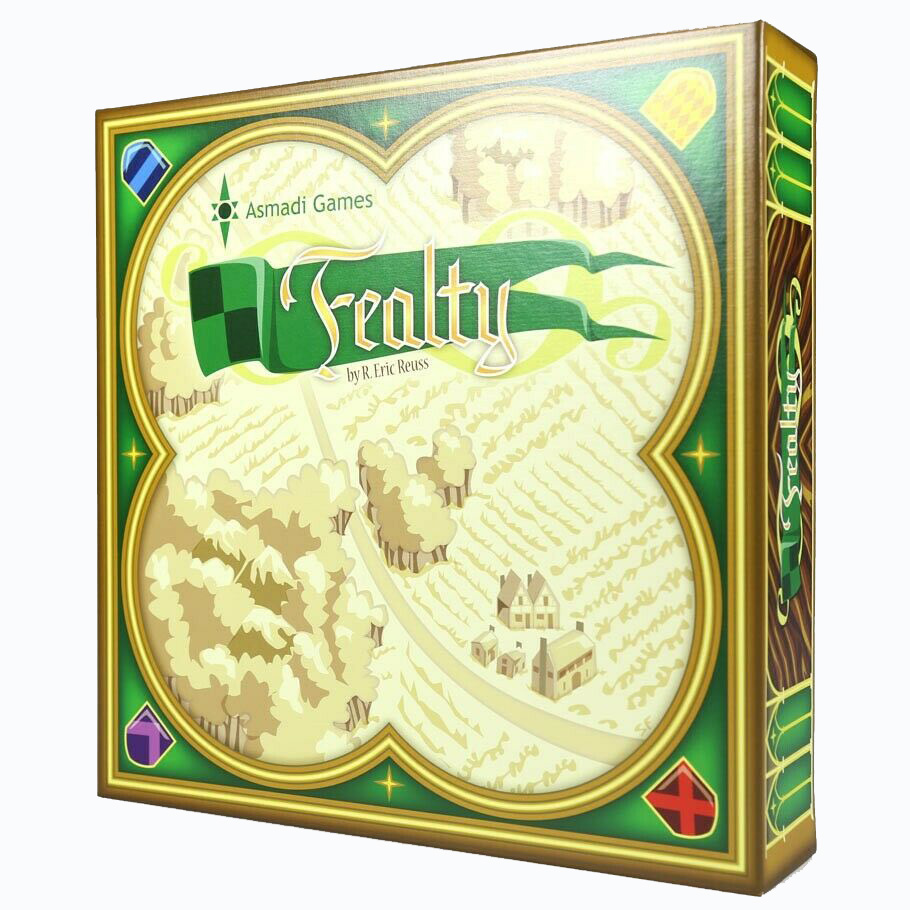 The king has died with no clear successor! The players—potential heirs all—are scrambling to put together their power bases by dispatching trusted agents and allies to garner support across the breadth of the kingdom. Nobody wants open warfare, but some conflict is sure to break out.

Fealty is a game of positioning and territory control. Each turn, all players add one piece to the game board, with increasing constraints on placement as time goes on. Some pieces have an effect when brought into play. At the end of the game, all pieces place influence in order of speed, claiming territory and blocking slower opposing pieces. The player who has maneuvered his or her pieces to place the most influence onto the board wins.