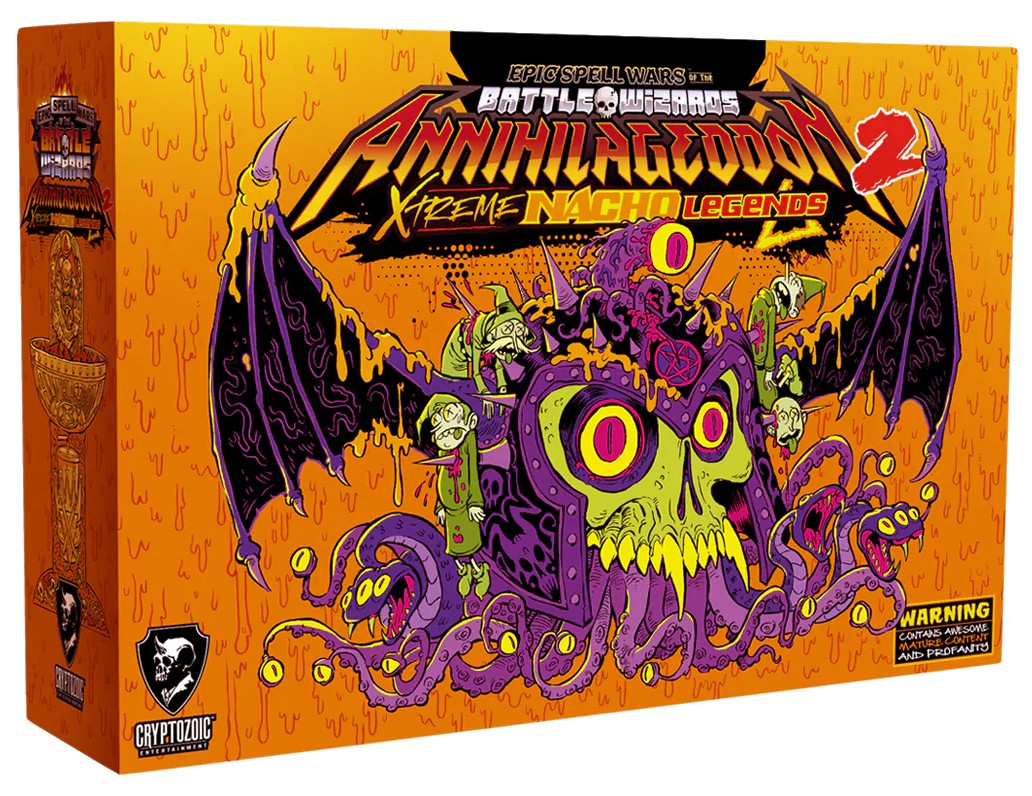 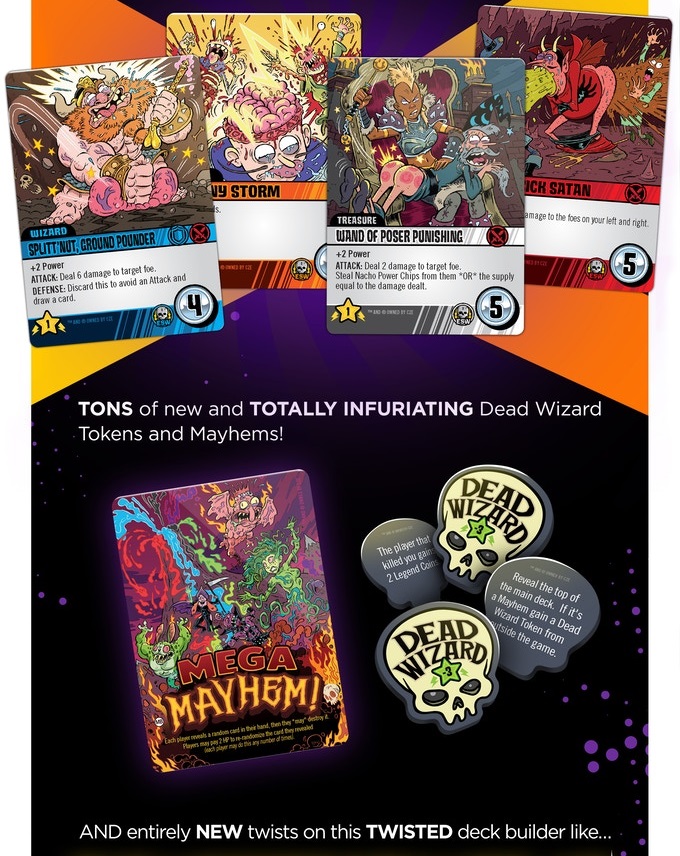 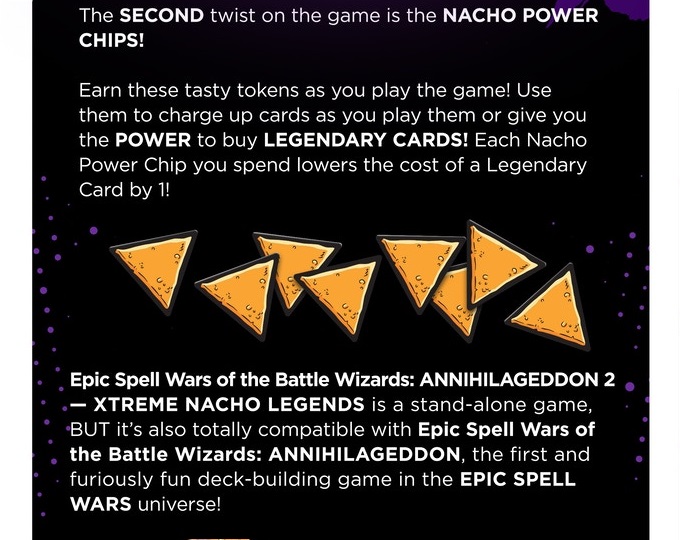 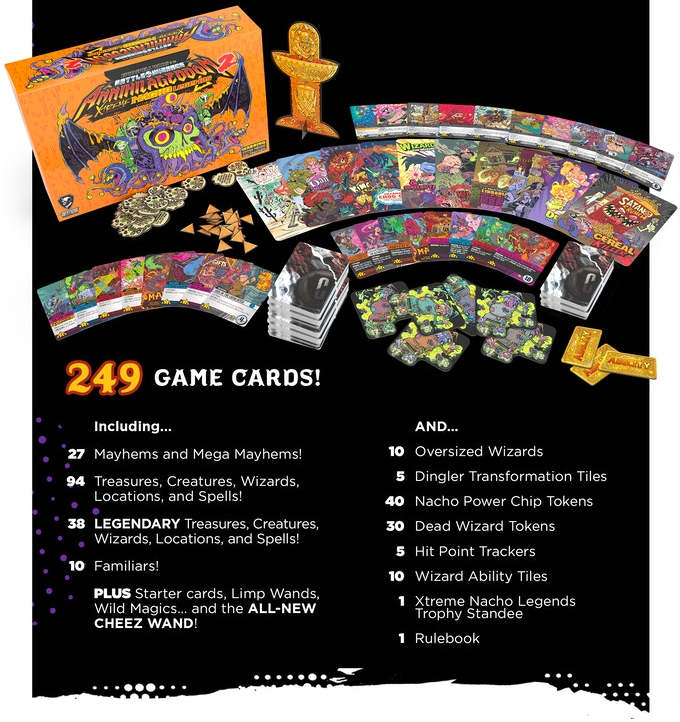 Are you ready to return to the Annihilageddon arena!?! Just ask yourself: Are you a STONE-COLD, BAD-ASS WIZARD READY TO UNLEASH NACHO-FLAVORED CARNAGE?

Be careful: The arena is XTREME this time around. As matter of fact, it’s totally XTREME, it’s totally NACHO… AND it's totally f-ing LEGENDARY. That’s right, buddy—you got XTREME Nacho Chip Tokens to collect and these bad boys are gonna let you get LEGENDARY cards from a heaping stack of TOTALLY messed up powerful Spells, Locations, Creatures, Wizards, and artifacts!

This game features the most intense deck-building gameplay legally available. YOU WILL attack your friends in no-holds-barred, table-flipping, friendship-ending gameplay. Seriously, friendships will end, but screw ’em… it’s worth it.

And if you really want to duke it out, WILD WIZARD STYLE, you can upgrade your ANNIHILAGEDDON 2 experience by getting the plastic XTREME Nacho Power Trophy and Power Chips… sold separately!