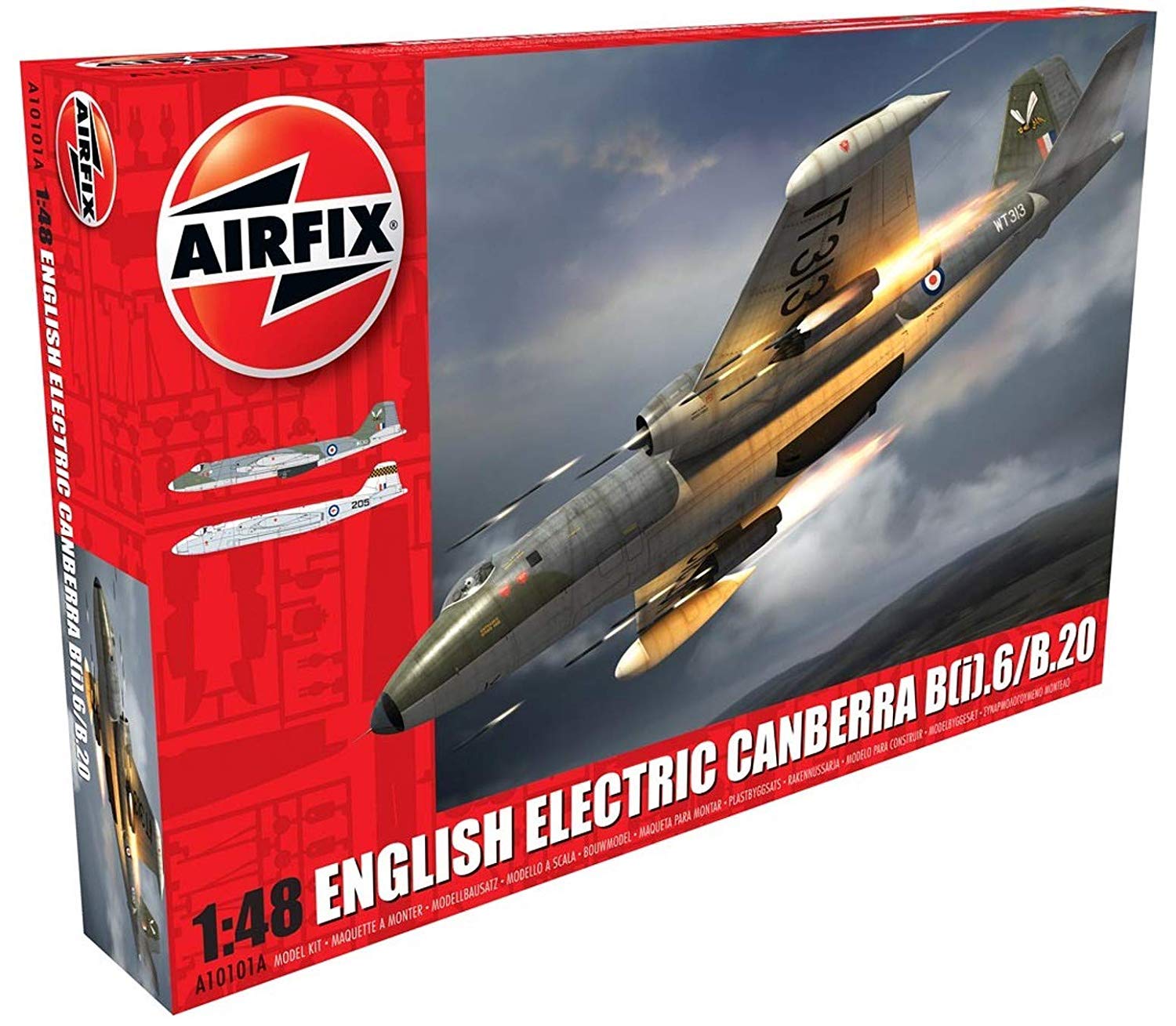 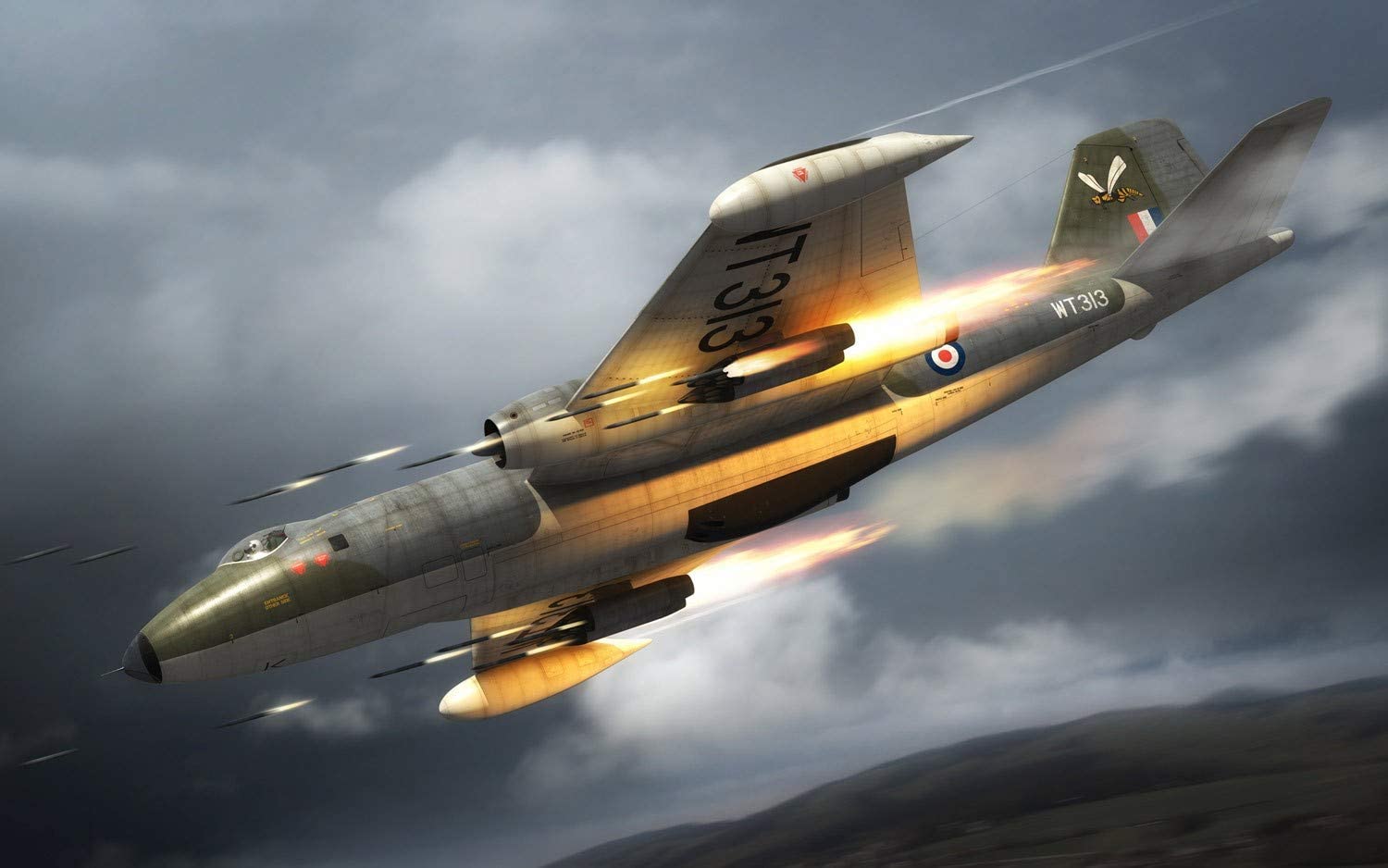 The English Electric Canberra was a British jet bomber and reconnaissance aircraft from the Cold War and modern times. The plane's flight took place in 1949, and the machine entered service in 1951. In total, about 900 aircraft of this type were built for the needs of the RAF. In the Canberra B.6 version, the drive was provided by two Rolls-Royce Avon RA7 engines with a thrust of 36 kN each. The on-board armament of the aircraft consisted of four 20mm Hispano Mark V cannons. The machine could also carry a load of bombs and rockets with a total weight of up to approx. 3,600 kilograms.

Development work on the English Electric Canberra began at the end of World War II, and their goal was to create a bomber with the best possible flight parameters - including maximum speed and range - for the RAF. It was quickly recognized that the machine must be powered by jet engines. What's more, despite the good pace of work, the design of the aircraft was carefully developed and turned out to be a hit. Finally, when it was introduced to the English Electric line, the Canberra was probably the best aircraft in its class in the world, and its great performance meant that it retained its combat value throughout almost the entire Cold War! In the course of production, many versions of this successful machine were created, including the Canberra B.2 (the first serial production version), the Canberra PR.3 (the photo reconnaissance version) and the Canberra T.4 (the first training version). It is worth adding that the plane was operated not only by Great Britain, but also by Australia, Argentina and India. The English Electric Canberra, with numerous modifications and licensed production, also served in the USAF as the Martin B-57 Canberra.