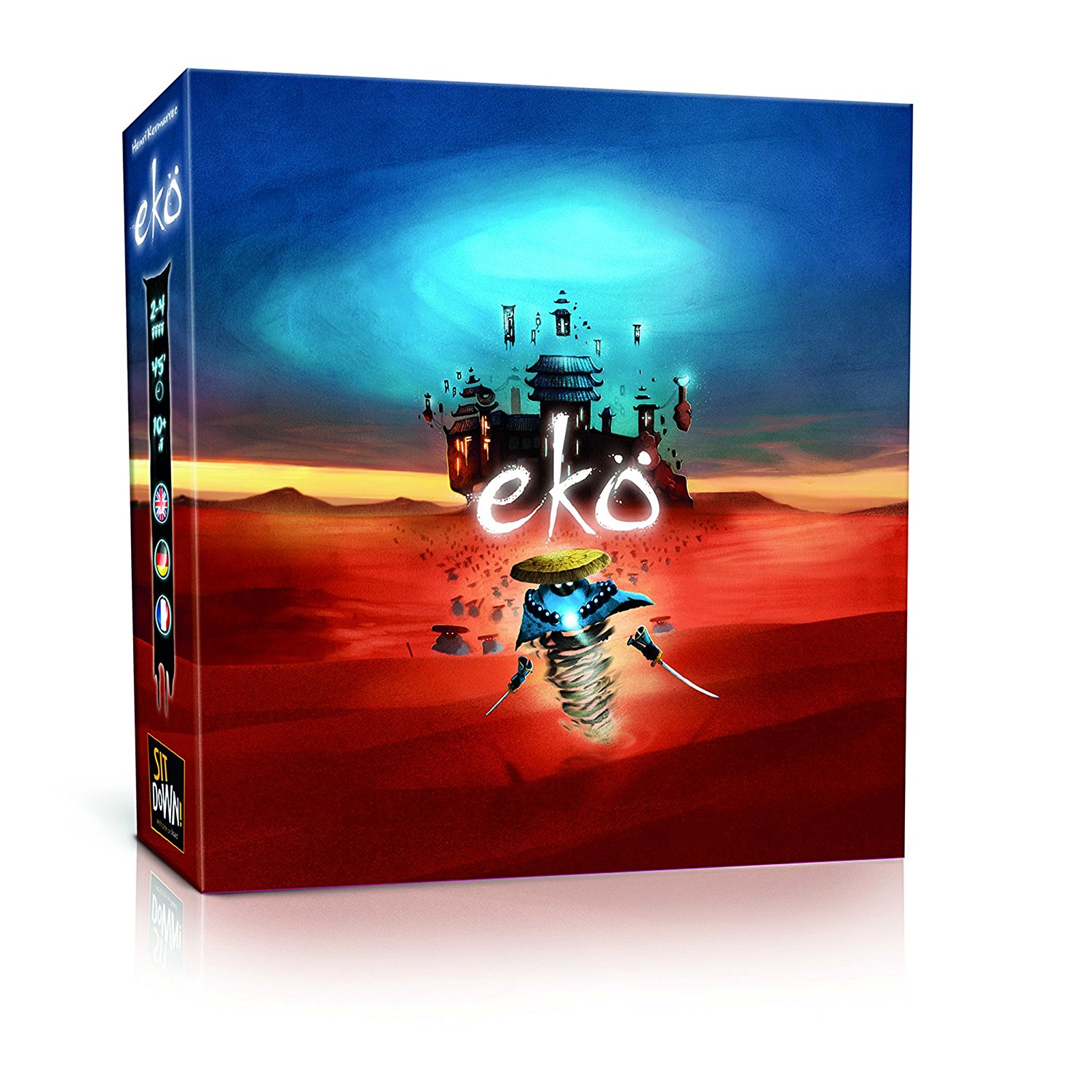 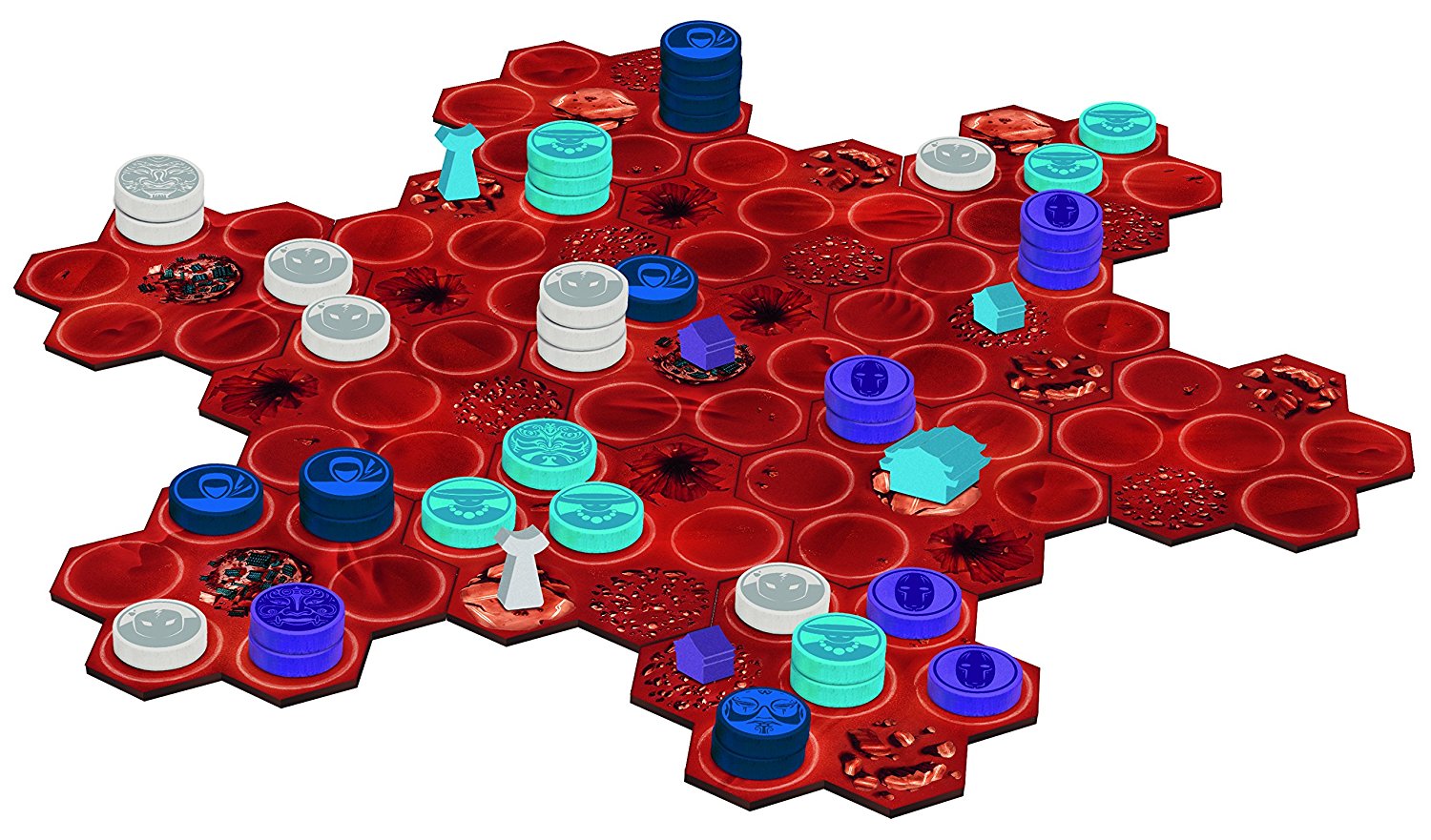 The first player with a palace to amass 12 victory points (VP) in constructed buildings and captive Emperors in EkÃ¶ wins the game.

To set up, fill the board with all the pawns, placed at random. Before starting the game, each player can exchange their Emperor pawn with another of their pawns elsewhere on the board. On your turn, you must do both phases in this order: the action phase, then the reinforcements phase. During the action phase, you must perform one single action:

Move: Move to an empty space, regroup or attack; you can attack only a stack of enemy pieces that contains strictly fewer pieces than the attacking stack except that a stack of four pieces can be attacked and destroyed by a stack of one piece.
Construct: You can construct only one building per space; subsequent construction on the same space replaces the existing building. Each terrain type allows specific types of construction. In order to construct a building on an empty space or on a space already containing one of your buildings, you must sacrifice pieces from a single stack adjacent to this construction space.
Once per turn, you can take an extra action by sacrificing three stackable pieces. A stack that contains the Emperor can attack an enemy stack even if it contains an equal number of pieces, and even if it contains another Emperor. Each enemy Emperor you have captive is worth 3 VP.

During the reinforcements phase, if you have pieces in your reserve, you must return at least one piece to play if you can.
You can place up to three pieces onto a single stack of your color on the board (never on an empty space), respecting the following rule: You cannot place reinforcements on a stack if it is adjacent to another player's building.

The game ends immediately when a player has amassed 12 VP by adding up the values of his buildings on the board and any Emperors they have captured each village is worth 1VP, each tower 2VP, and each castle and captured Emperor 3VP and they have at least one palace. Alternatively, if a player is the only one with pieces remaining on the board (making reinforcement impossible for the other players), they win.