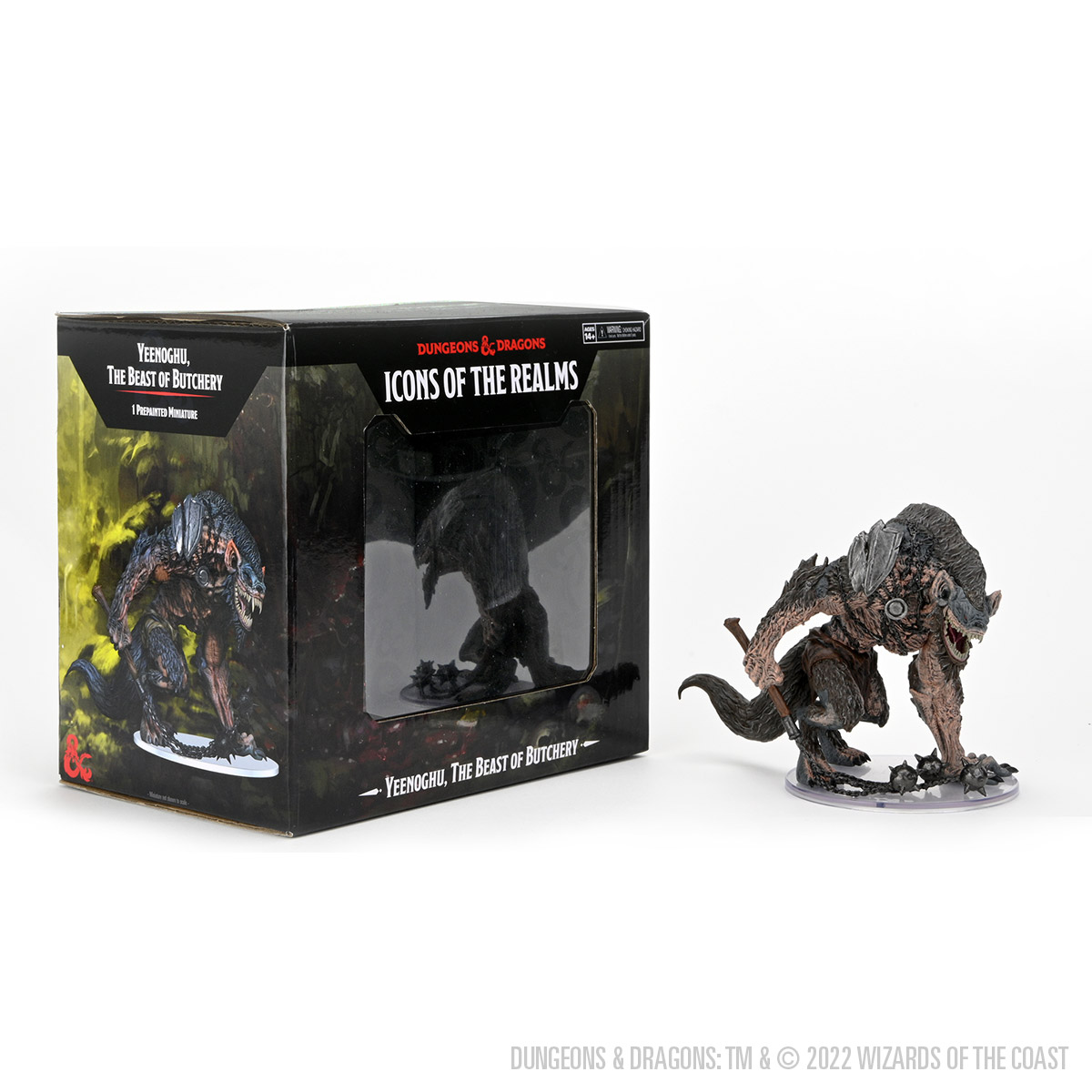 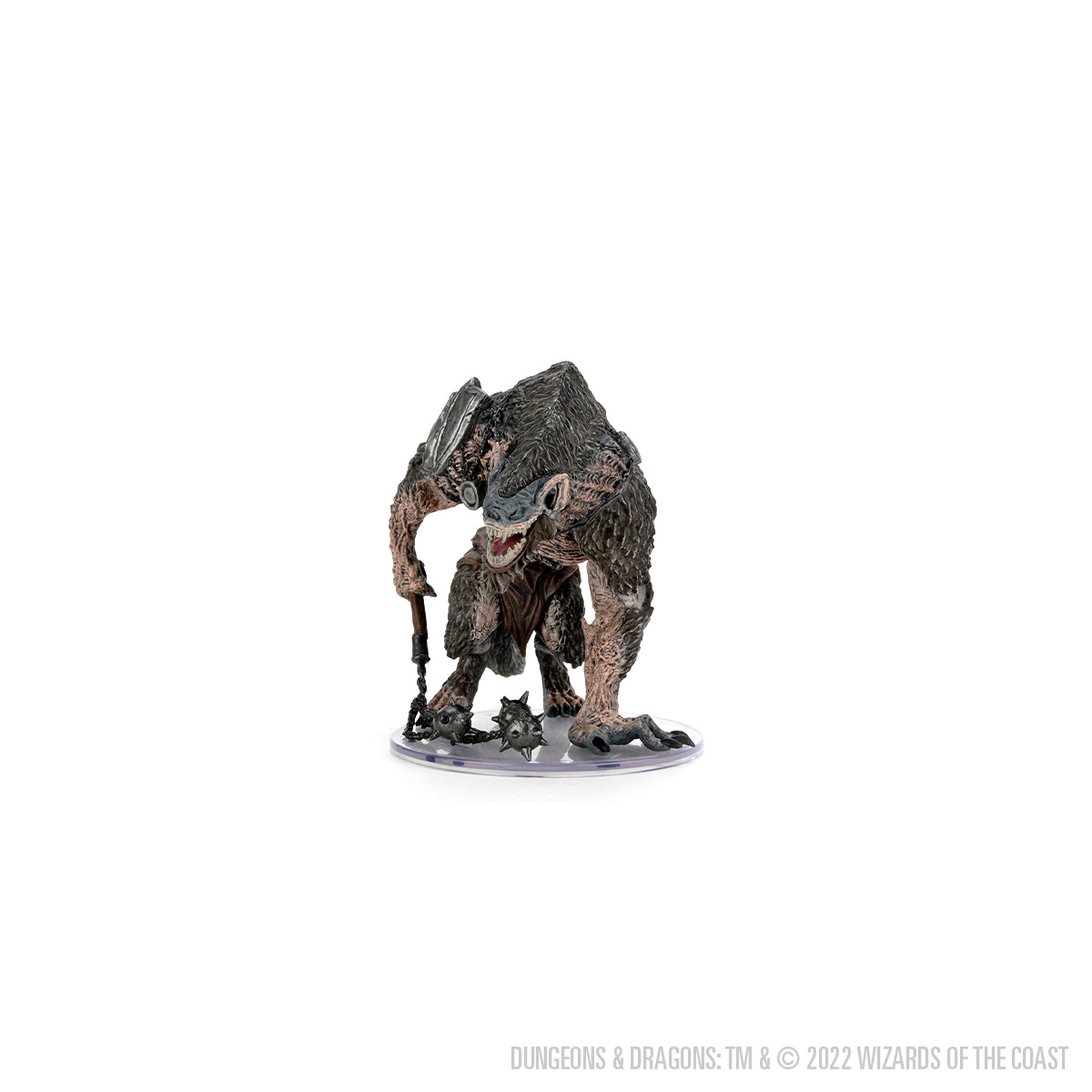 Dungeons & Dragons Icons of the Realms: Yeenoghu, Beast of Butchery

Yeenoghu, The Beast of Butchery appears as a great battle-scarred gnoll, towering 14 feet tall. Yeenoghu is the Gnoll Lord, and his creations are made in his twisted image. When the demon lord hunted across the Material Plane, packs of hyenas followed in his wake. Those that ate of great Yeenoghu's kills became gnolls, emulating their master's ways.

The Gnoll Lord is covered in matted fur and taut, leathery hide, his face like a grinning predator's skull. Patchwork armor made of discarded shields and breastplates is lashed onto his body with heavy chains, decorated by the flayed skins of his foes. He wields a triple-headed flail called the Butcher, which he can summon into his hand at will, although he is as likely to tear his prey apart with his bare hands before ripping out its throat with his teeth.