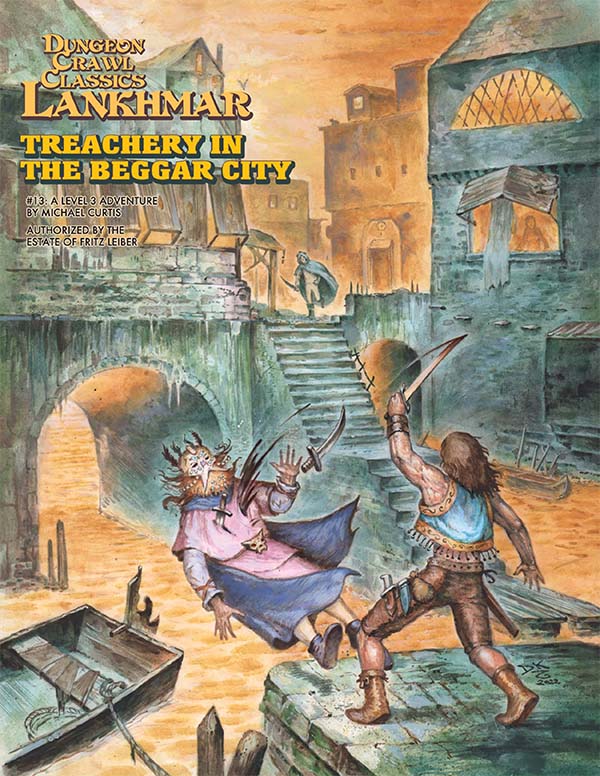 Steel flashes in dark alleys and over filth-strewn canals in the Beggar City of Tovilyis! Word has spread that the location of a secret treasure vault belonging to Tovilyis’ old ruler has been discovered. What untold riches await the first to plunder the hidden hoard? The adventurers must compete with other rivals, including masked assassins, sinister sorcerers, and the agents of the Beggar City’s noble houses to be the first to breach the potentate’s private treasury.

Can the adventurers overcome their rivals and the cunning traps of a long-dead ruler or will they become just another set of corpses floating in Tovilyis’ stinking canals come morning? Only keen blades and crafty minds will prevail against Treachery in the Beggar City!