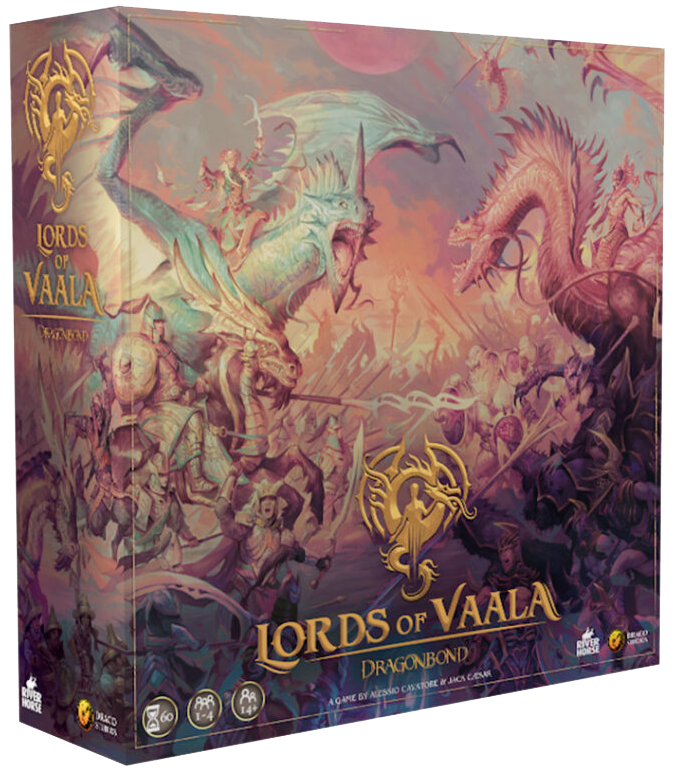 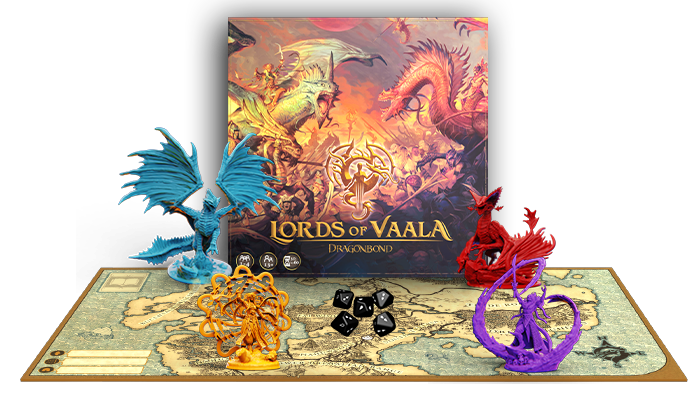 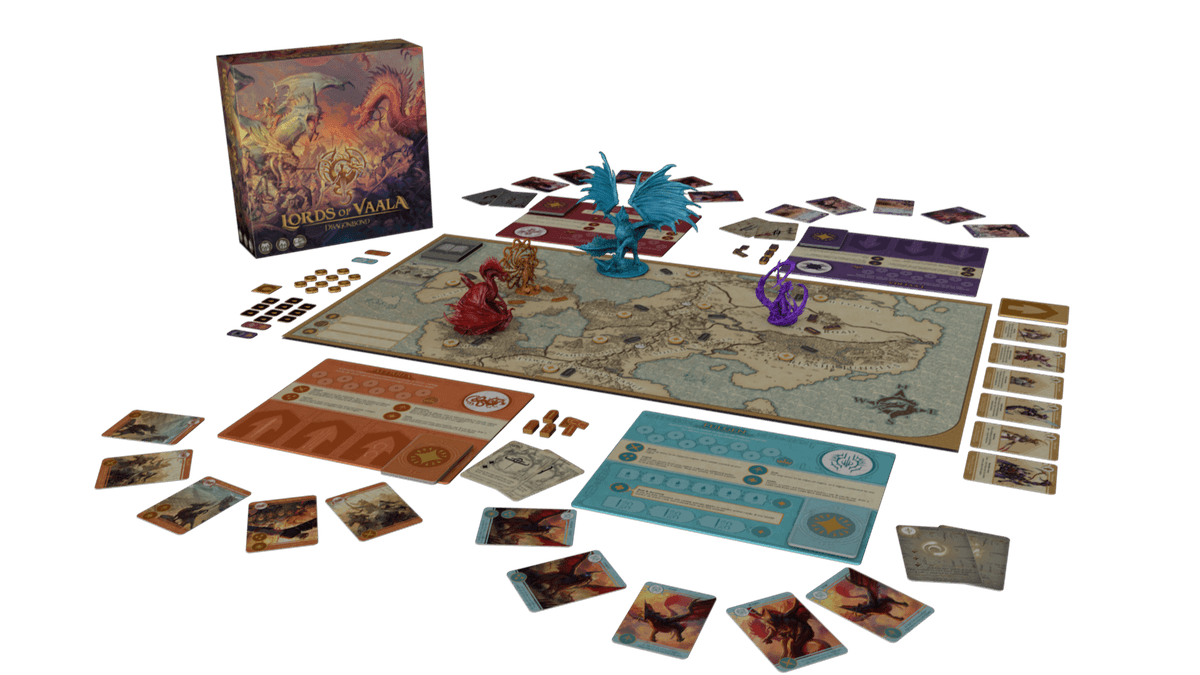 A strategy/area control board game based in the universe of Dragonbond where armies and dragons race to harvest ten vaala tokens using predictive strategy.

Raid as a dragon or raise armies as a general, destroy your enemies, and cast mighty spells, all to collect power. Once you have collected 10 power tokens, you win the game immediately.

During the game, a general and a dragon in the same region have a chance of becoming Dragonbonded and playing as a team, sharing their power resource to cast spells and gaining a special ability, however, in order to win, both players require to collect 15 power in total.

In the planning phase players secretly play action cards in a face-down pile to program their actions across the board until one player passes; in the resolution phase, actions are resolved in order.

Dragons and generals play entirely different in strategy and actions. And all characters in the game have a unique deck of spells.

In a world without gods, only you may claim your destiny.