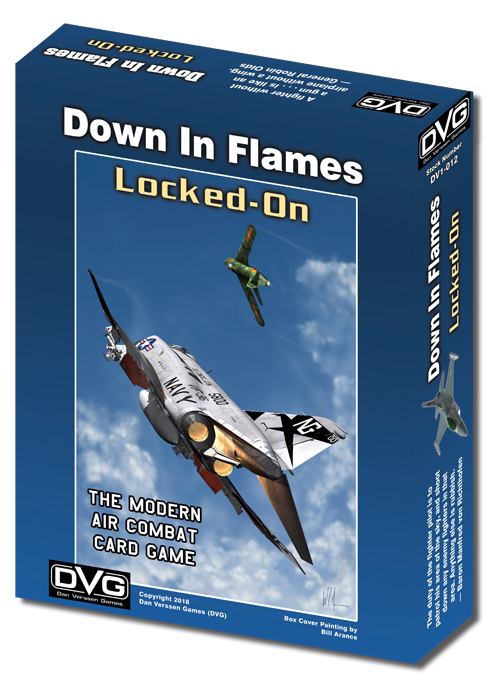 Down in Flames: Locked-On

Down in Flames: Jets brings the Down In Flames system to the jet age, by adding missile combat and range.

The "one hit one kill" sudden death nature of modern combat, makes this game very different than earlier versions of Down In Flames!

Multiple campaigns from the 1970s through modern day give players a variety of scenarios. During these campaigns, players will perform air combat missions to escort their strike aircraft to the target.

Down in Flames: Jets provides the fast-paced feel of air combat developed during the other games in the series, with streamlined rules and an intuitive, fast-playing game system.