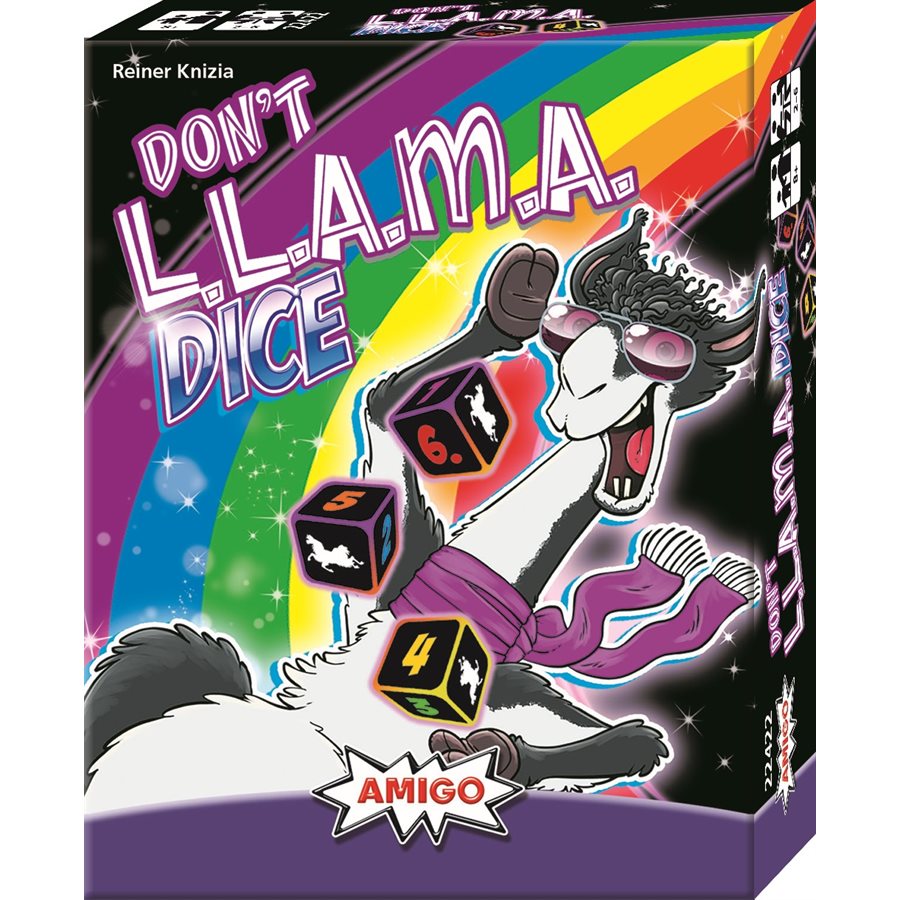 With the right roll of the dice in LAMA Dice, you can rid yourself of number cards — but you'll need to quit at the right time before you possibly bomb out and collect a lot of minus points. You can possibly ditch these points later, but you'll need the perfect number roll or triple llama luck.

In more detail, the game lasts a number of rounds, and at the start of each round you lay out the seven "black-backed" cards that show a llama and the numbers 1-6 in a "llama row". You're dealt six cards from the deck — which consists of llama cards and cards numbered 1-6 — and you lay those cards in front of you. On a turn, you roll the three dice or quit the round; if you roll the dice, then:

If you quit the round, you turn your remaining cards face down and skip any subsequent turns. The round ends when the llama row is empty, when someone discards their final card, or when all players have quit. (When all but one player have quit, the final player can keep taking turns as long as they like, but if none of the dice match cards in their row, then they automatically bust and take all cards in the llama row.) You then look at the cards remaining in front of you and collect points: 10 points if you have one or more llama cards, and points equal to the card value, with each number card counting only once. If you discarded all of your cards, you can discard a previously collected point token. (Tokens are worth either 1 or 10 points, and you can always swap ten 1s for a 10 token.)

You play multiple rounds until one player has collected 40 or more points, at which time the player with the fewest points wins.