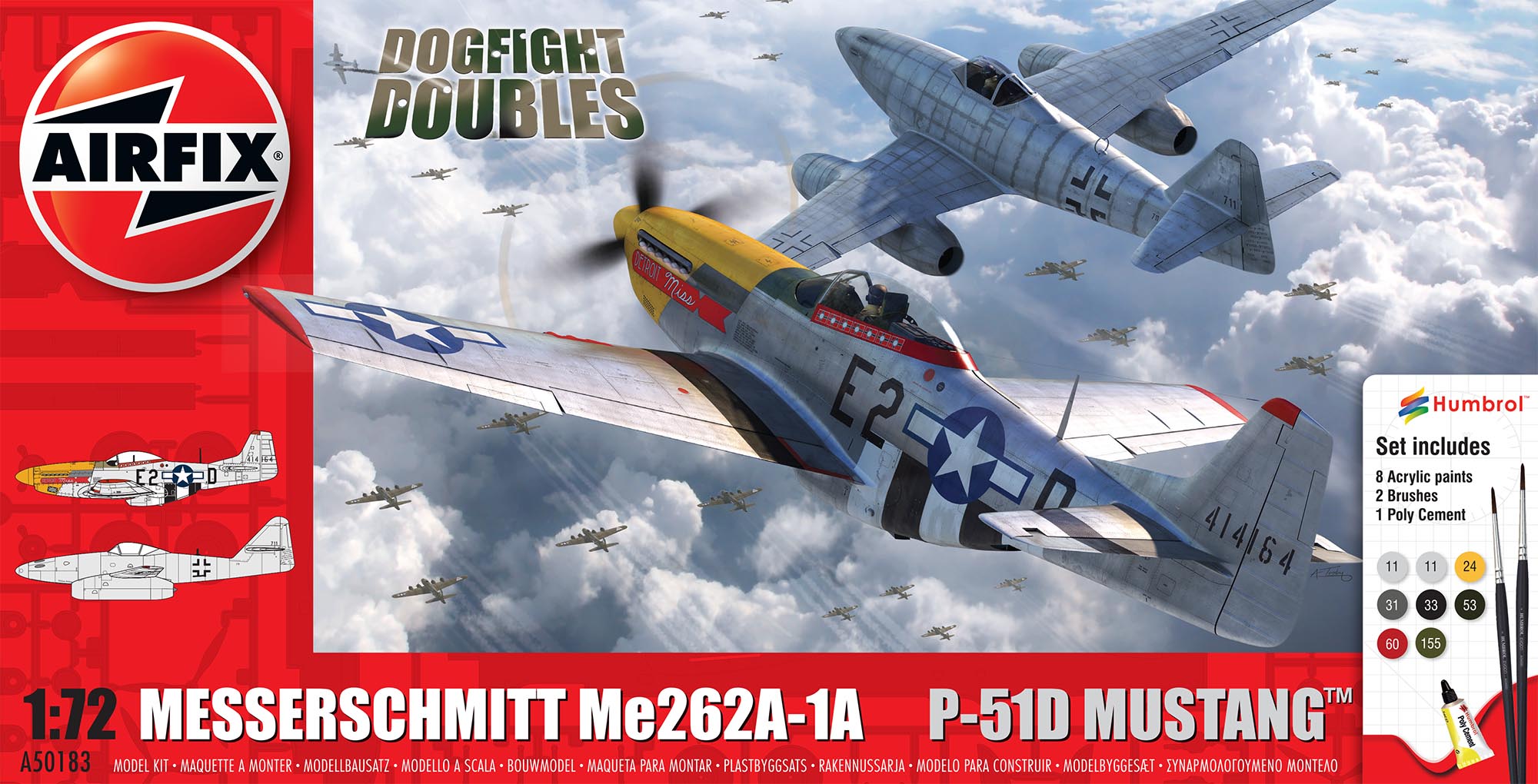 The clash of eagles which took place in the skies above Europe during the final months of WWII saw the worlds first operational jet fighter pitched against arguably the finest piston engined fighter of the war.

Even though it represented the future of aviation, the Messerschmitt Me262 stood little chance against large numbers of USAAF Mustangs, which hunted the jets mercilessly in the air and on the ground.