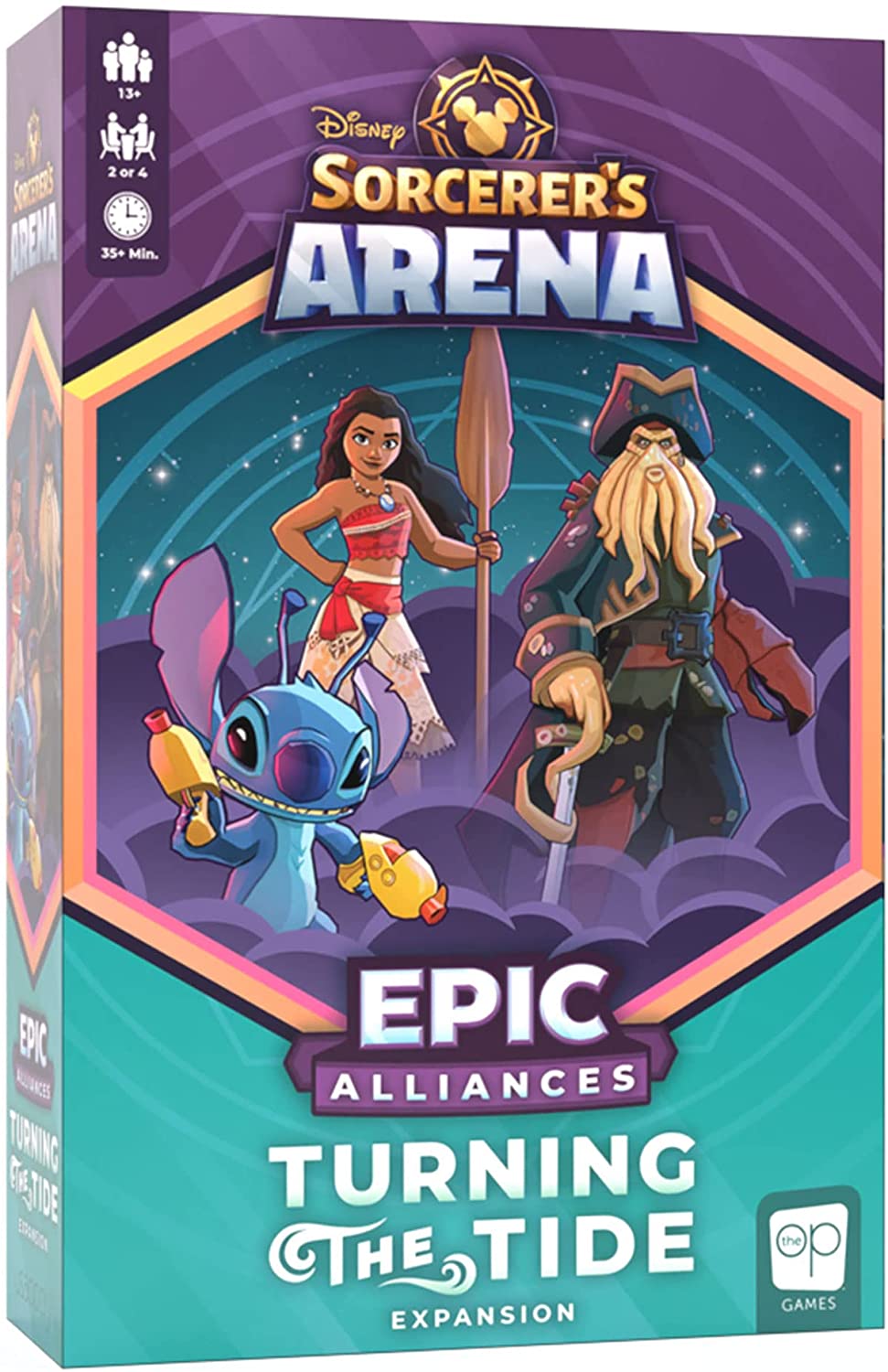 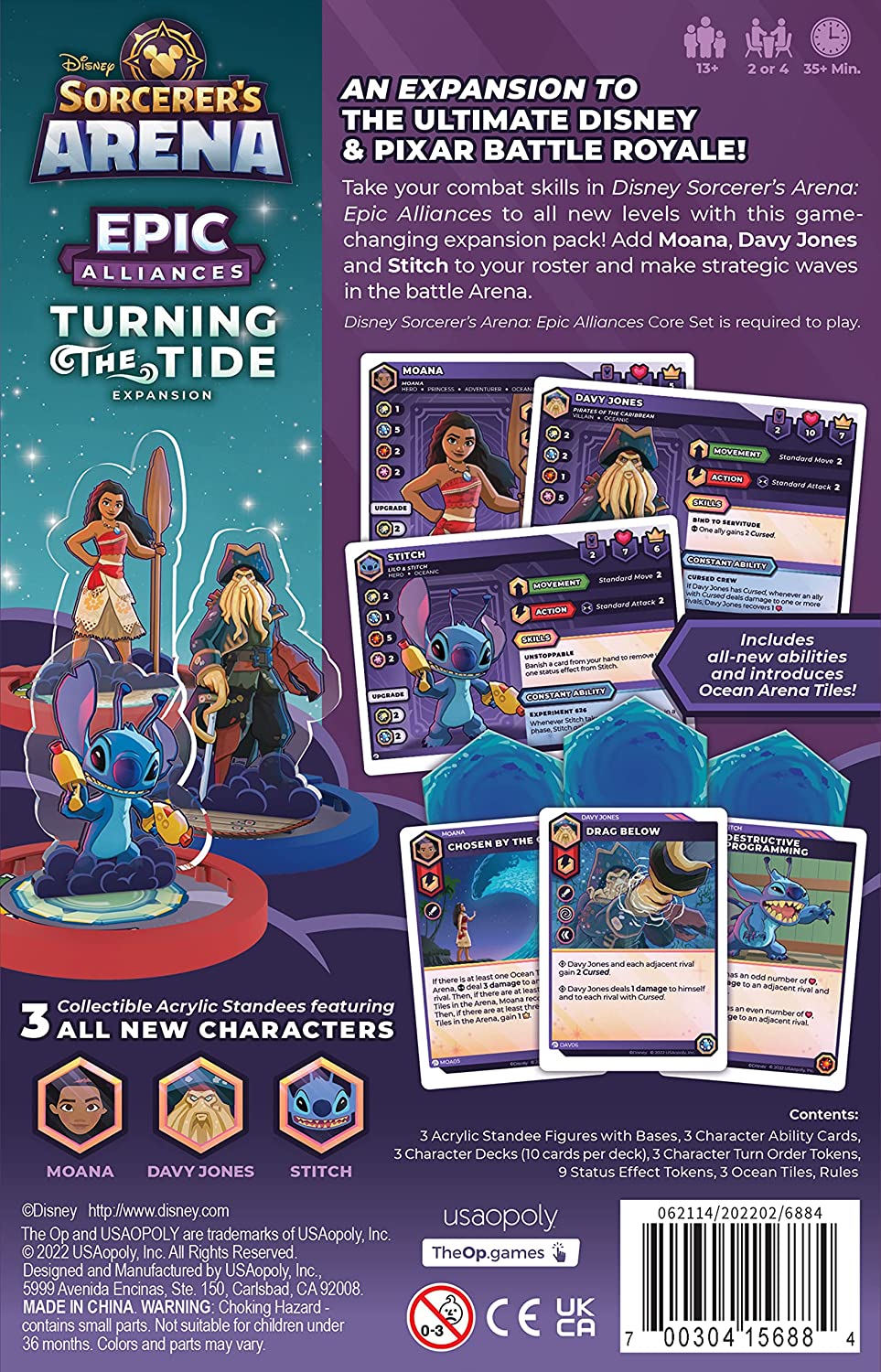 Take your combat skills in Disney Sorcerer's Arena: Epic Alliances to all new levels with the Turning the Tide expansion pack! Davy Jones, Moana, and Stitch bring new attacks and abilities true to their characters that will change the course of the Arena's already epic battles. Disney Sorcerer's Arena: Epic Alliances is the ultimate PvP tabletop game for Disney and Pixar fans and gamers where players can build teams out of Disney and Pixar heroes and villains and compete in an expandable, learn-as-you-go battle arena game. For 2 to 6 players. Ages 13 and up.