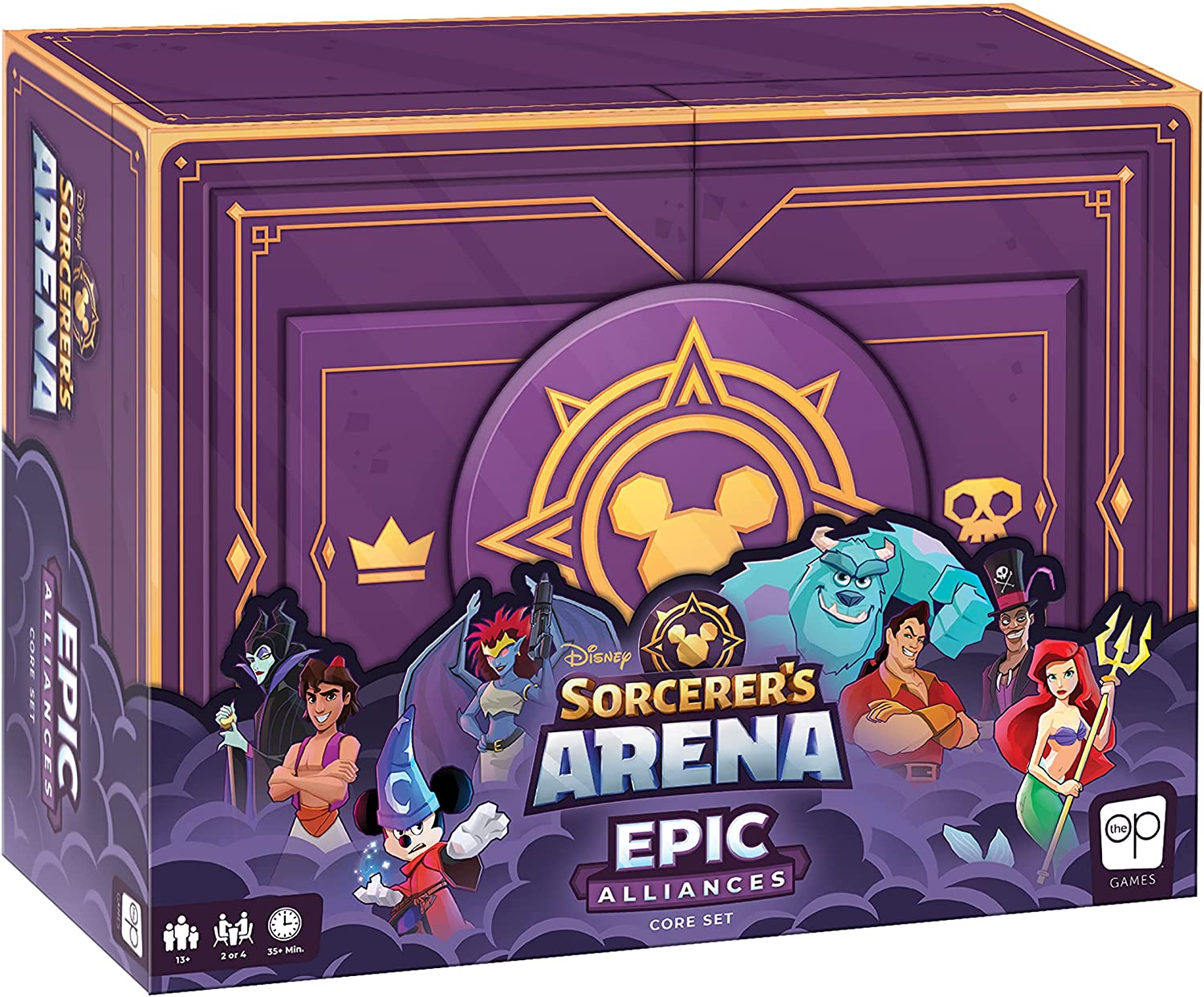 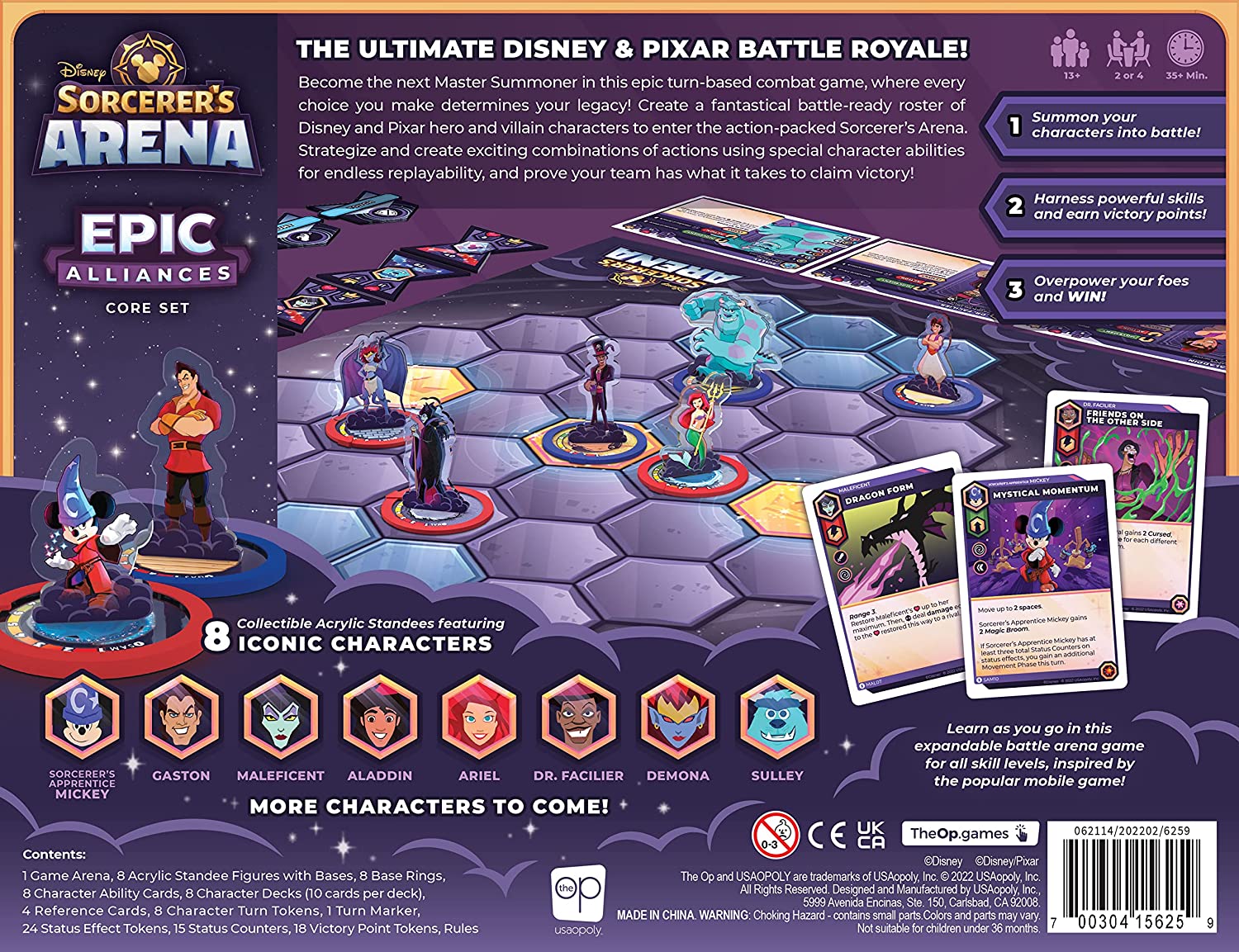 Recruit from a battle-ready roster of Disney and Pixar heroes and villains — Sorcerer's Apprentice Mickey, Gaston, Aladdin, Demona, Sulley, Dr. Facilier, Maleficent, and Ariel — then combine the cards for your characters into a single deck. You take turns playing standard actions and cards from your hand to move your characters and attack opponents. If you knock out rival characters or occupy certain spaces near the center of the arena until your next turn, you score points. When a player reaches 20 points or runs out of cards in their deck, the game ends at the conclusion of that round, and whoever has the most points wins.

The rules for Disney Sorcerer's Arena: Epic Alliances Core Set are spread out across four chapters, with each chapter building on what's come before to introduce players to new skills, upgrades, and abilities over multiple games. Multiple expansions will be released for the game line to allow for more team combinations.