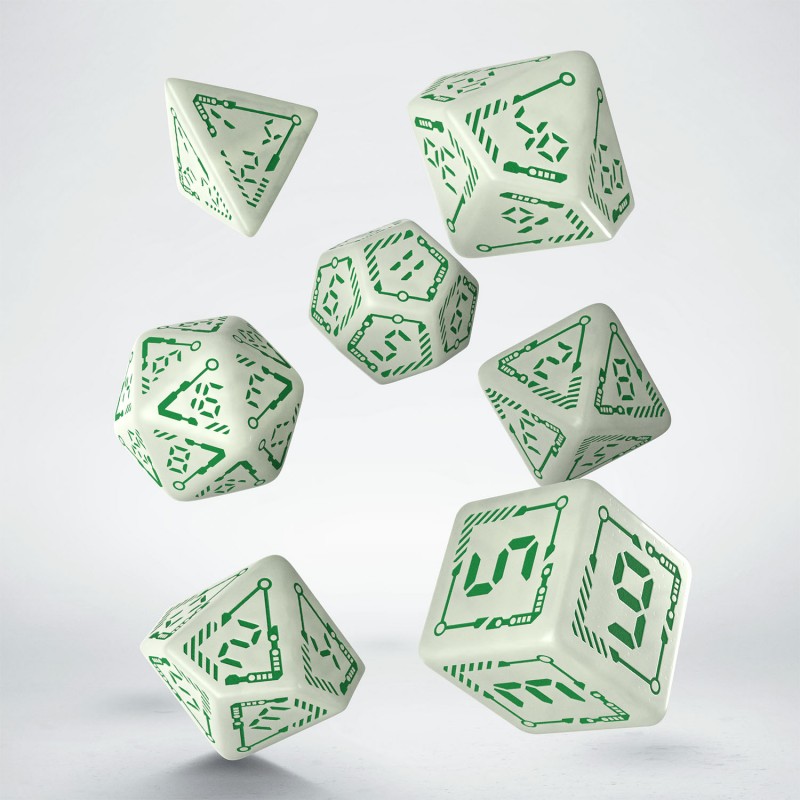 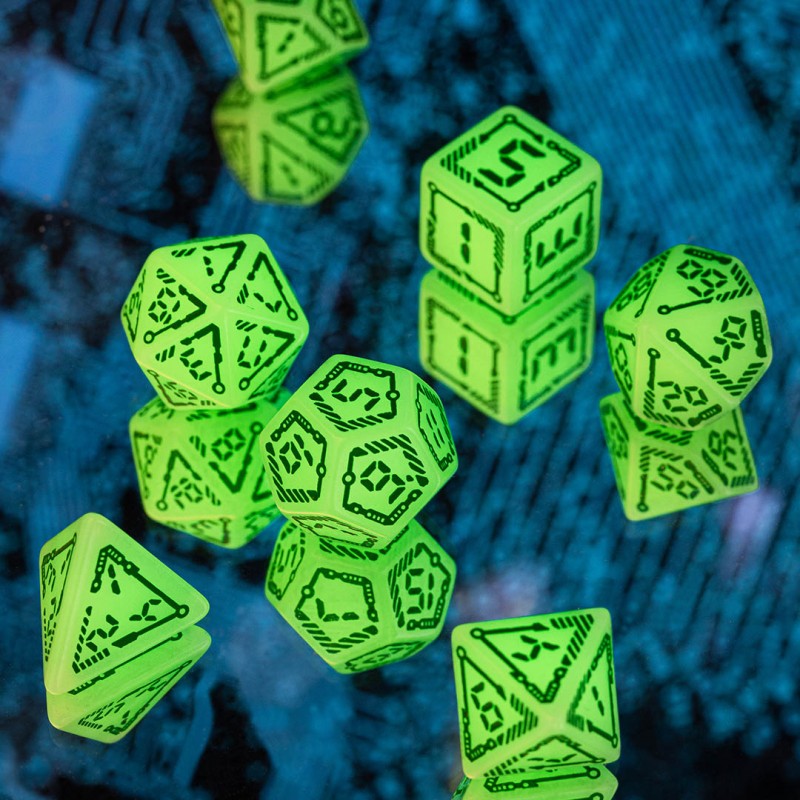 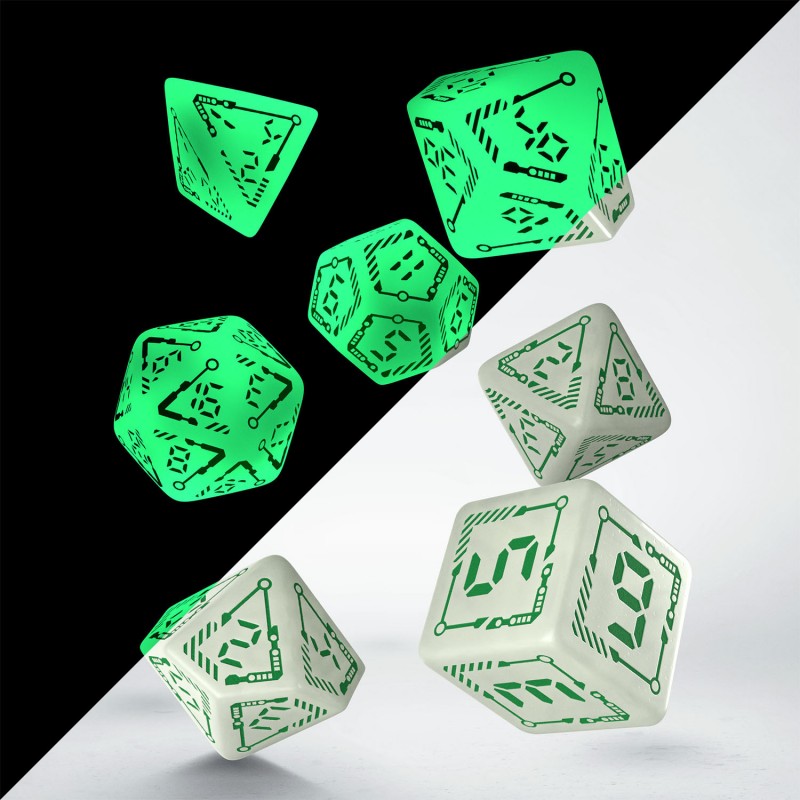 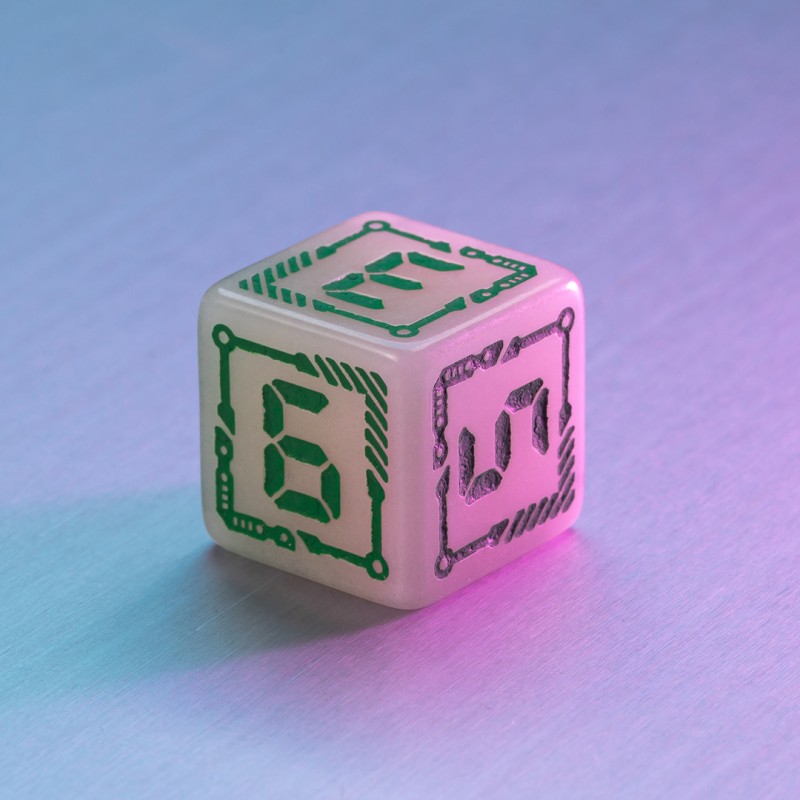 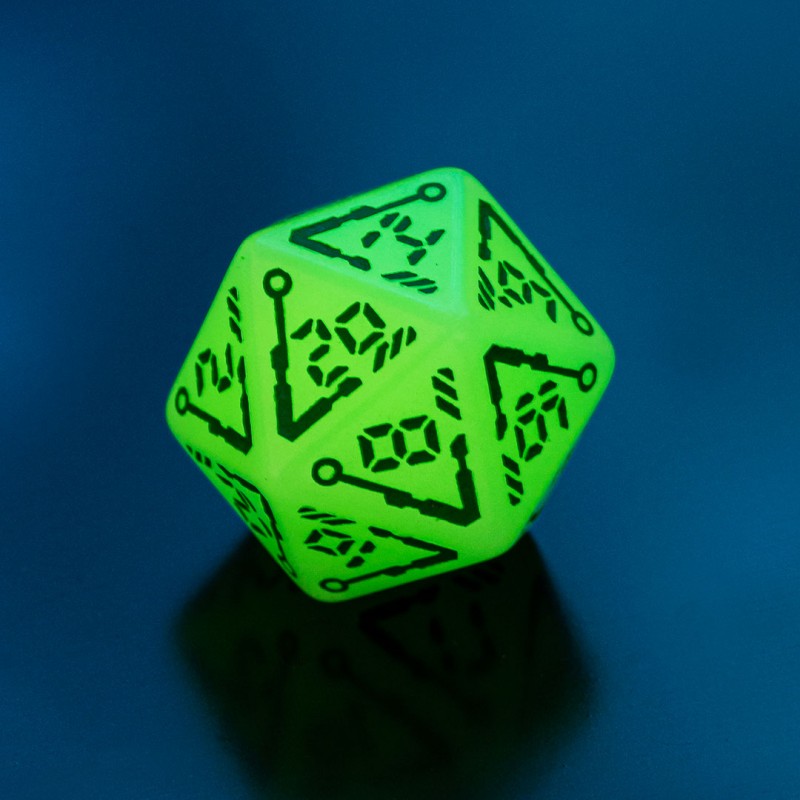 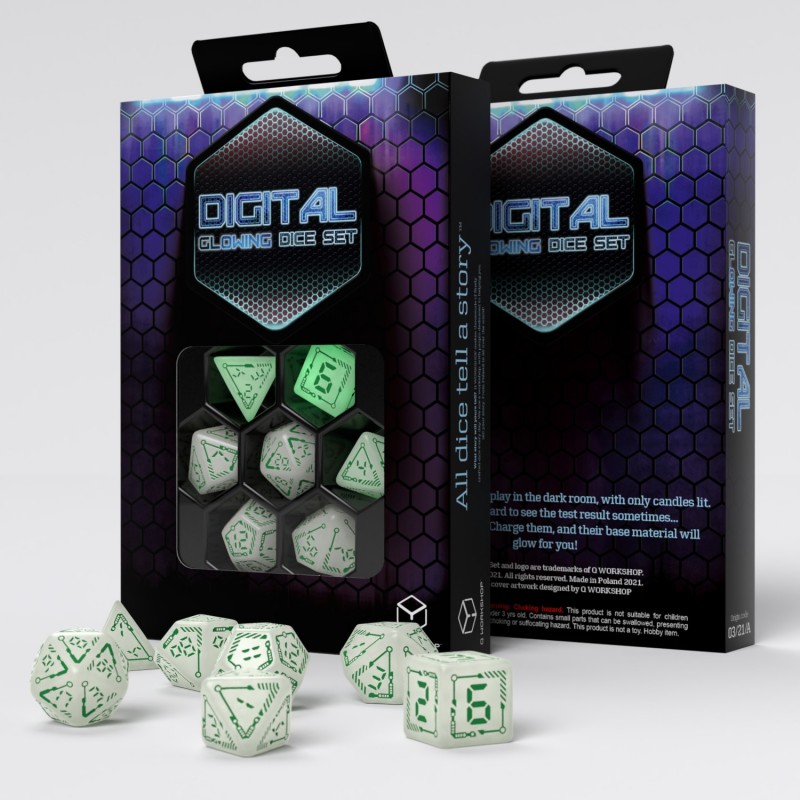 Previously made polyhedrons of this type presented numbers and patterns glowing in the dark after charging them with UV light. This time we turned this trend upside down: in the new dice, the painting remains unchanged, but the material glows! Thanks to this, polyhedrons look like grinded stones charged with energy, created in the laboratory of a mad scientist. A scientist whose dream is to discover something that will revolutionize the foundations of the world.

In the era of progressive digitization and the phenomena of the “global village”, when everything seems to be available immediately, and most often in several versions, sometimes we catch ourselves longing to return to the times when everything was simpler. But the dice are timeless; even in the age of widespread roll generators, they are still in constant use.

Not everyone remembers those years when the first digital displays appeared on calculators, alarm clocks, and hand watches. Due to the technological possibilities of that time, the numbers were presented on seven-segment displays, which became a kind of milestone in changing the way the world was perceived by many people. They're a perfect match for the mad scientist's invention, right? Let our dice change your perception again!

If it works, it’s not madness

New technology can be confusing at first, but that doesn't detract from its genius. The creation of these polyhedrons was a great joy for us, the result of years of efforts, trials and errors. Now they do exist, they work perfectly, and we give them to you. Charge them with UV light, and then watch them light up the darkness with the power of science!