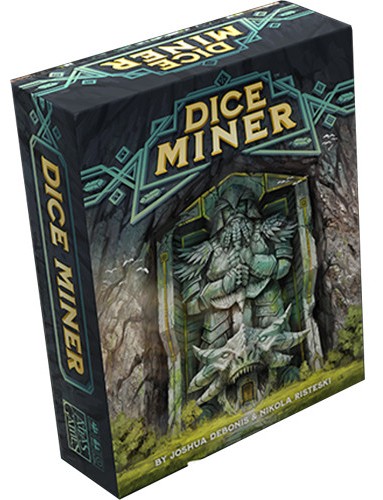 The Dwarves once lived beneath three mighty mountains. After centuries of war they defeated their age-old enemies the Dragons. Moving to the surface, the Dwarves built magnificent cities and won renown for their heartening beer.

But now the Dragons have returned. The Dwarves must remember their roots, clear old tunnels, and return to ancient caverns while fighting their primeval foes. Draft dice off the mountain in three rounds to amass the greatest treasure!