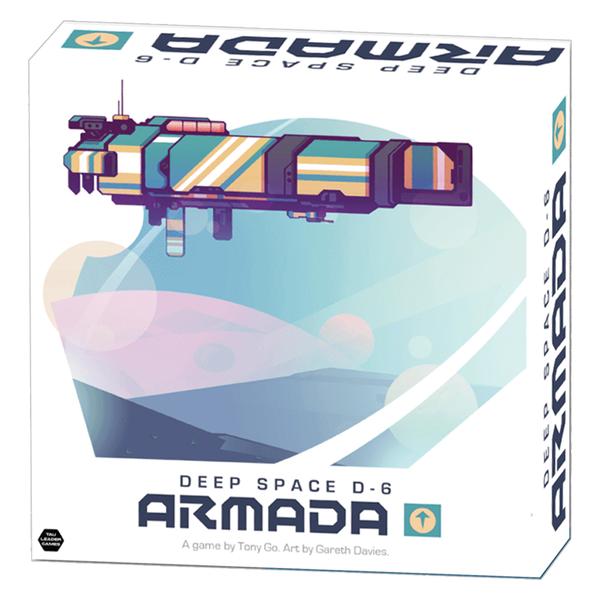 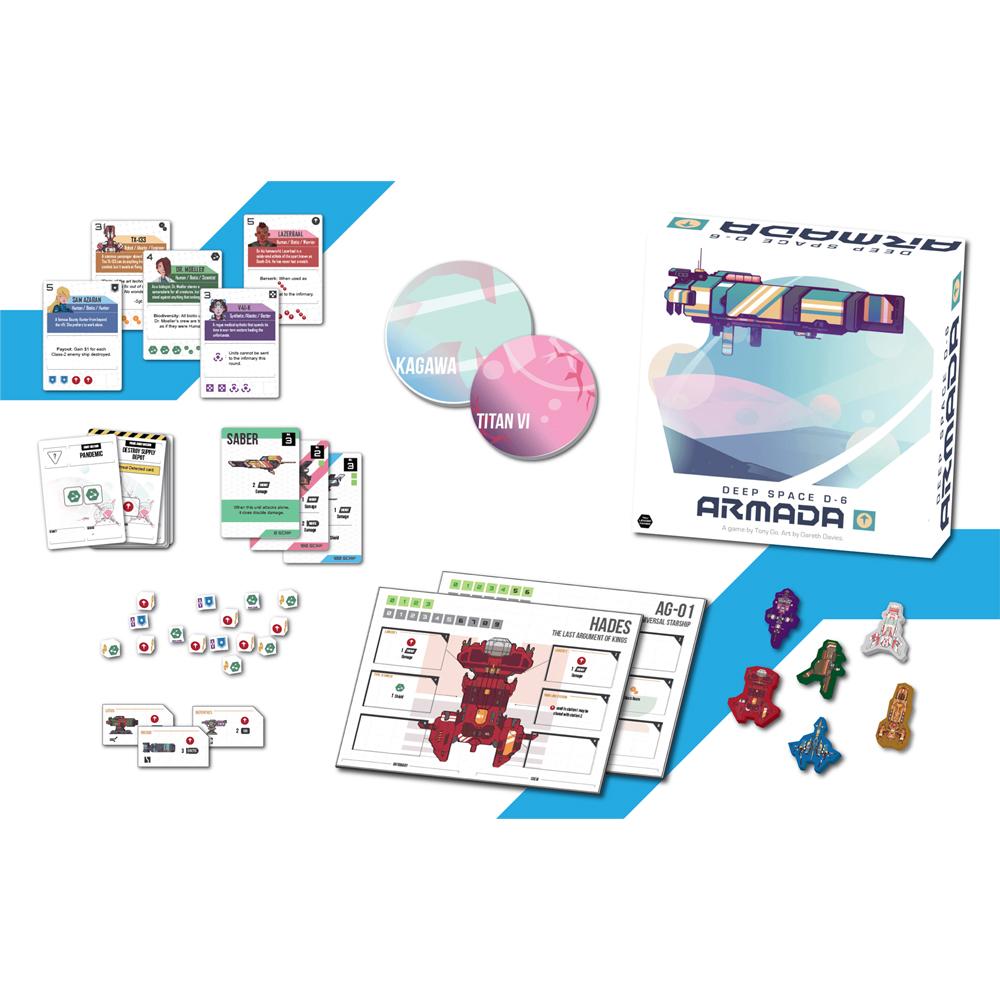 In the far reaches of the galaxy, a local cluster of planets has been overtaken by a hostile regime known as The Federation. Players will take command of starships and work together to complete missions while defending the system from enemy fleets.

Each player begins the game with their own starship with unique capabilities and basic crew. As you earn credits from completing missions, you'll be able to upgrade your ship and hire advanced Heroic crew members. Your crew are your dice and players will roll them, then assign them to their ship's stations in order to perform actions during combat or to complete missions.

Ship to ship combat in Armada involves managing your crew and ship stations. As your ship takes damages, your stations become disabled and require repair actions by engineers. Your crew is also susceptible to injury and you'll take medic actions to revive them. Ships can be customized to your individual playstyle, whether you prefer to deal direct damage, or support teammates by disabling enemy shields and stations.

Each round consists of the following phases:

Once players have collected enough Data tokens, a final encounter is revealed. If they can defeat this final encounter, the players will win the game. What challenge faces our Captains? And who is behind all the terror?

DSD6: Armada takes the gameplay of Deep Space D-6 and enhances it with ship upgrades, dice mitigation, missions, and co-operative gameplay- all while retaining the game's signature minimalist style.

DSD6: Armada is not an expansion and does not require the original Deep Space D-6.