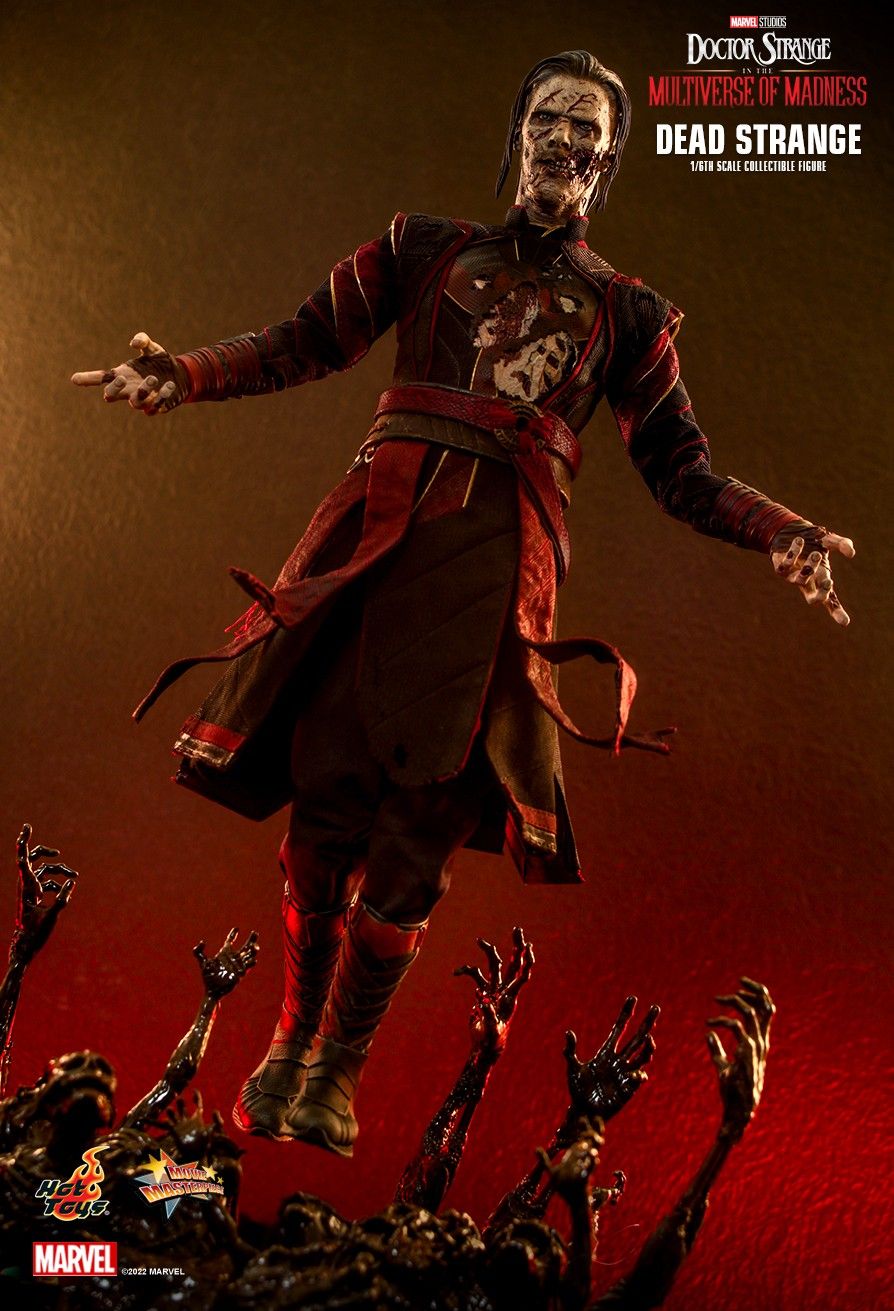 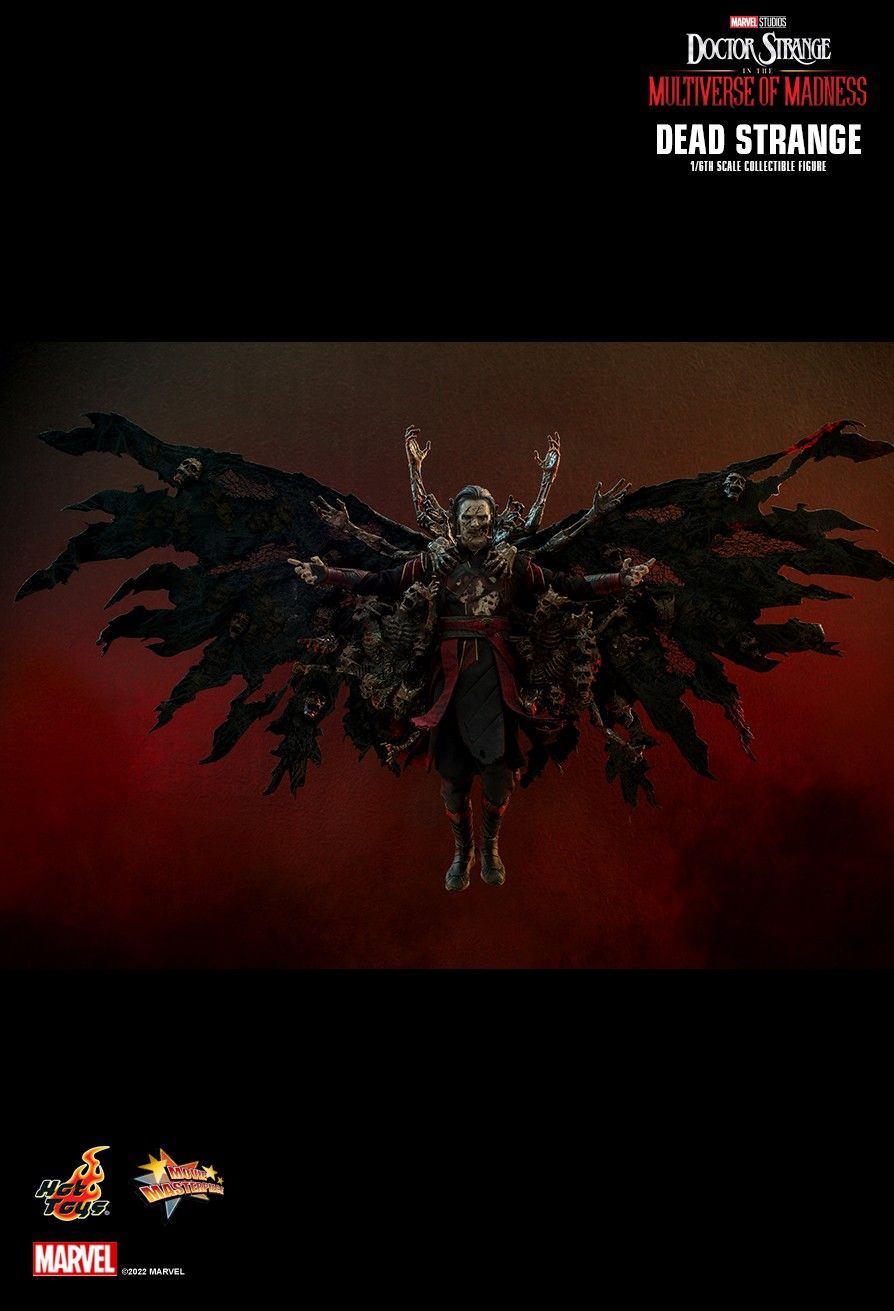 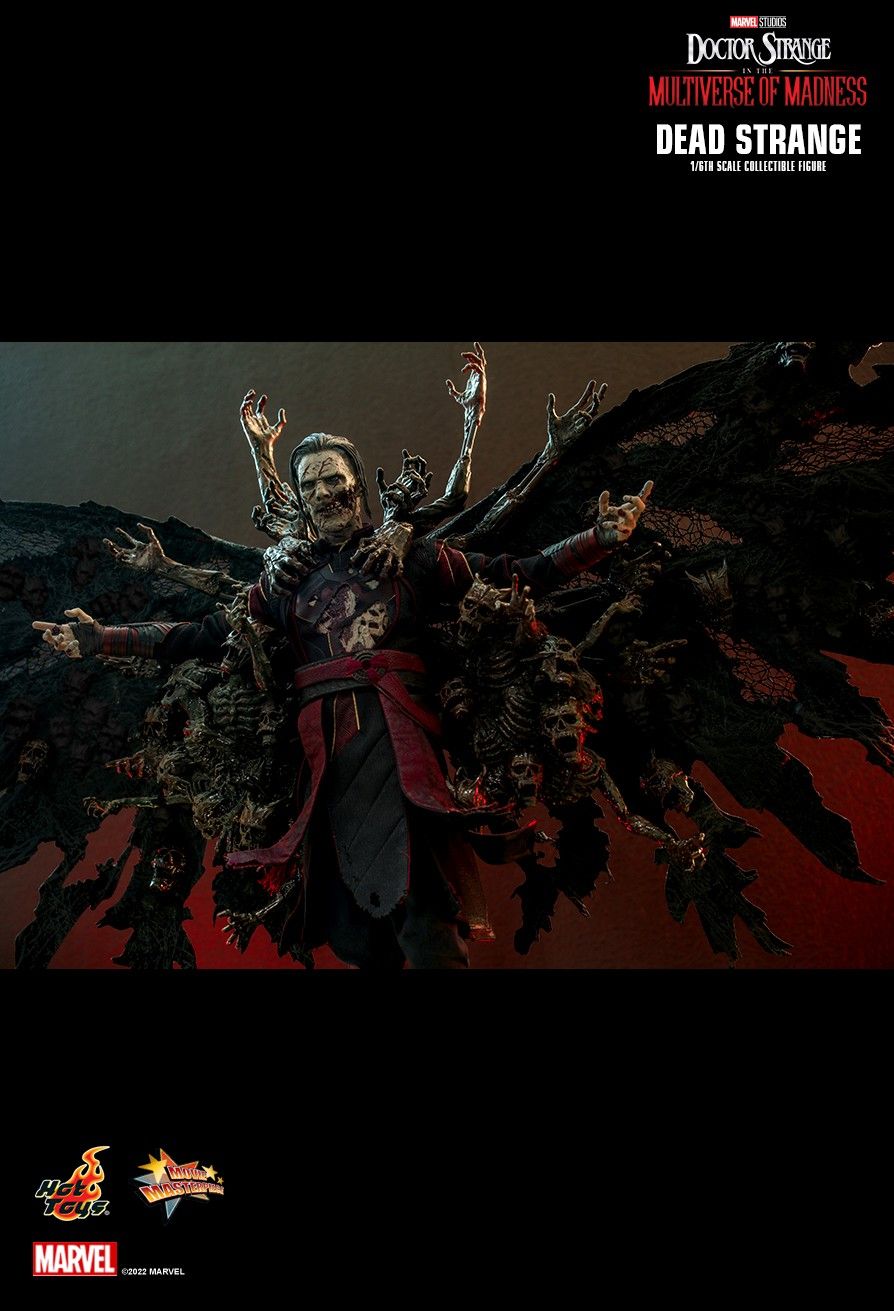 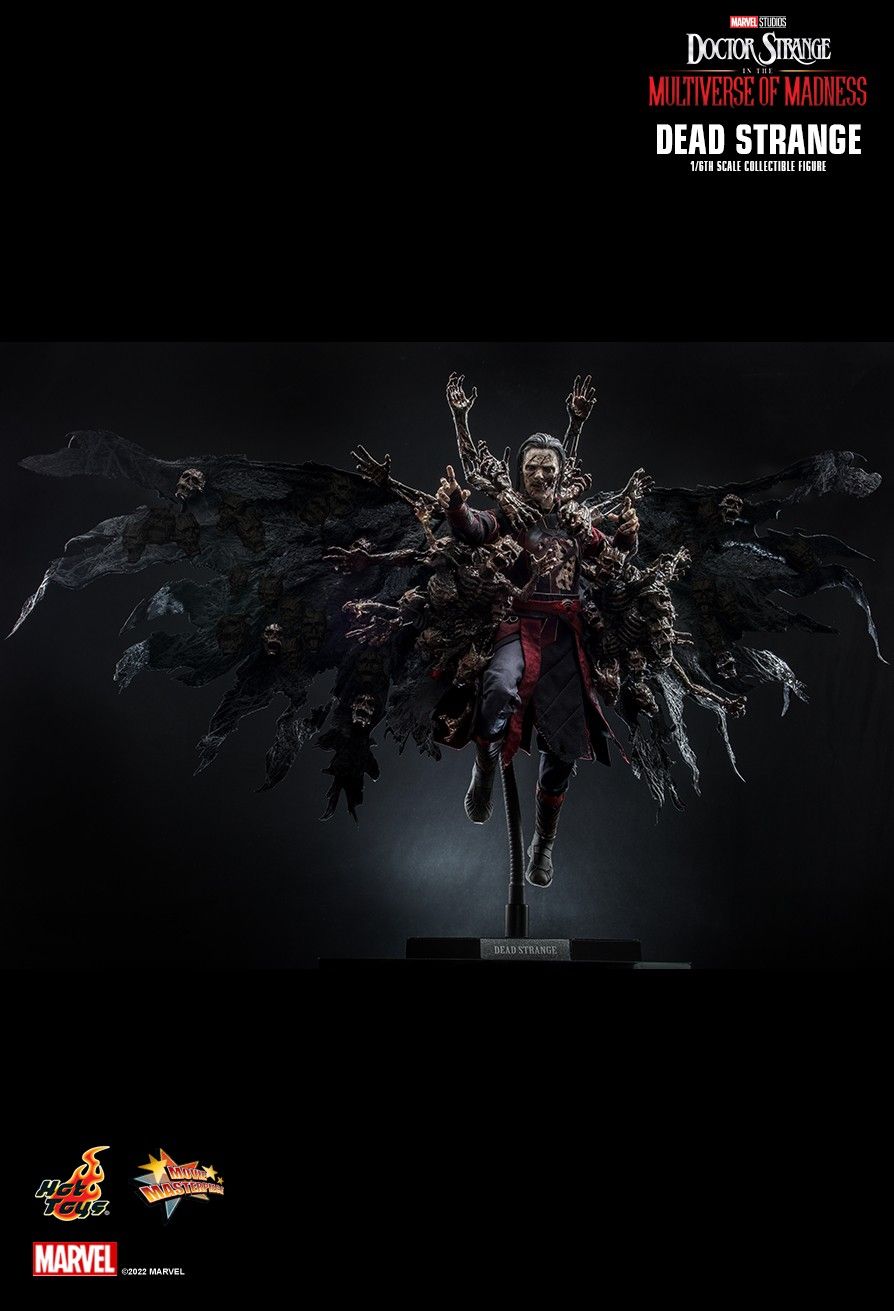 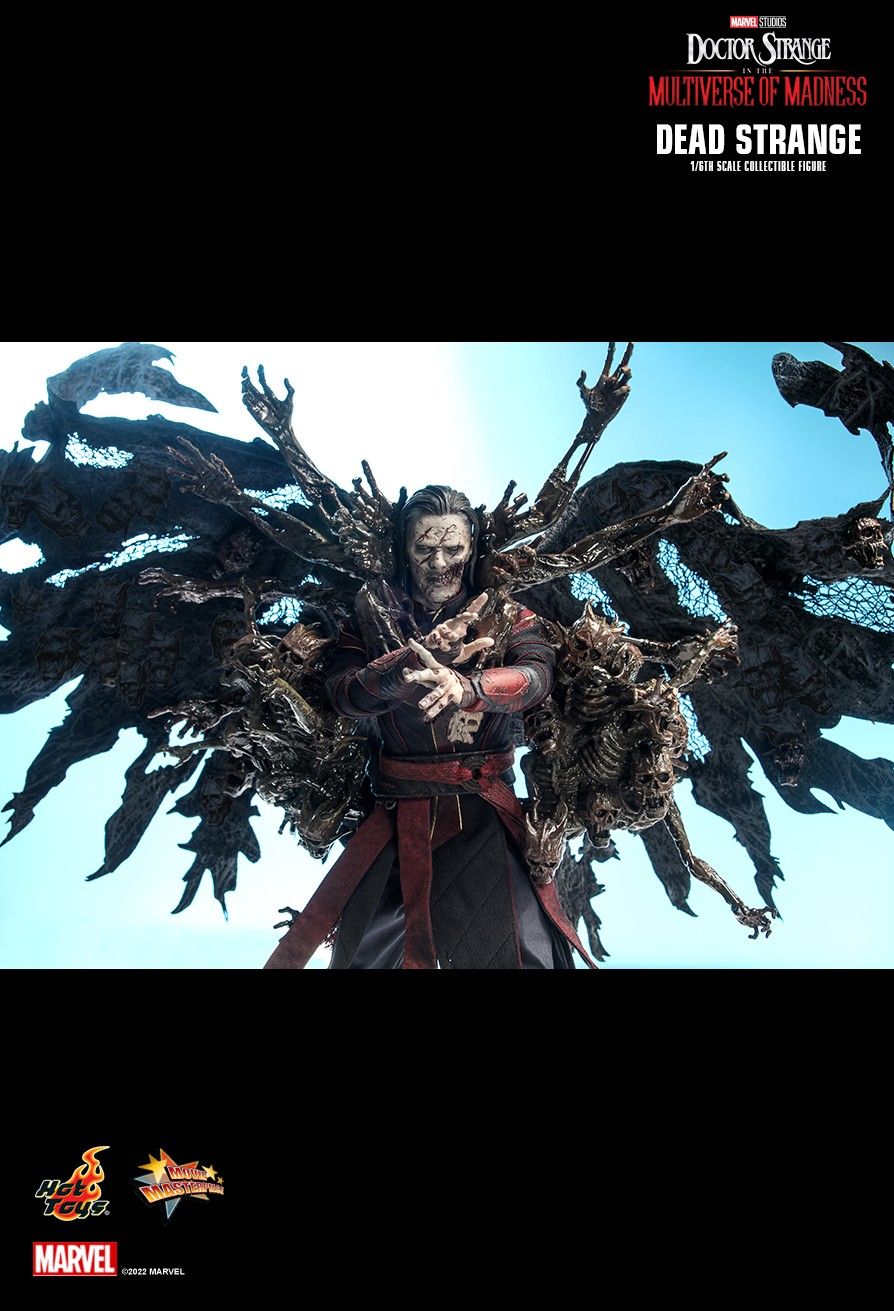 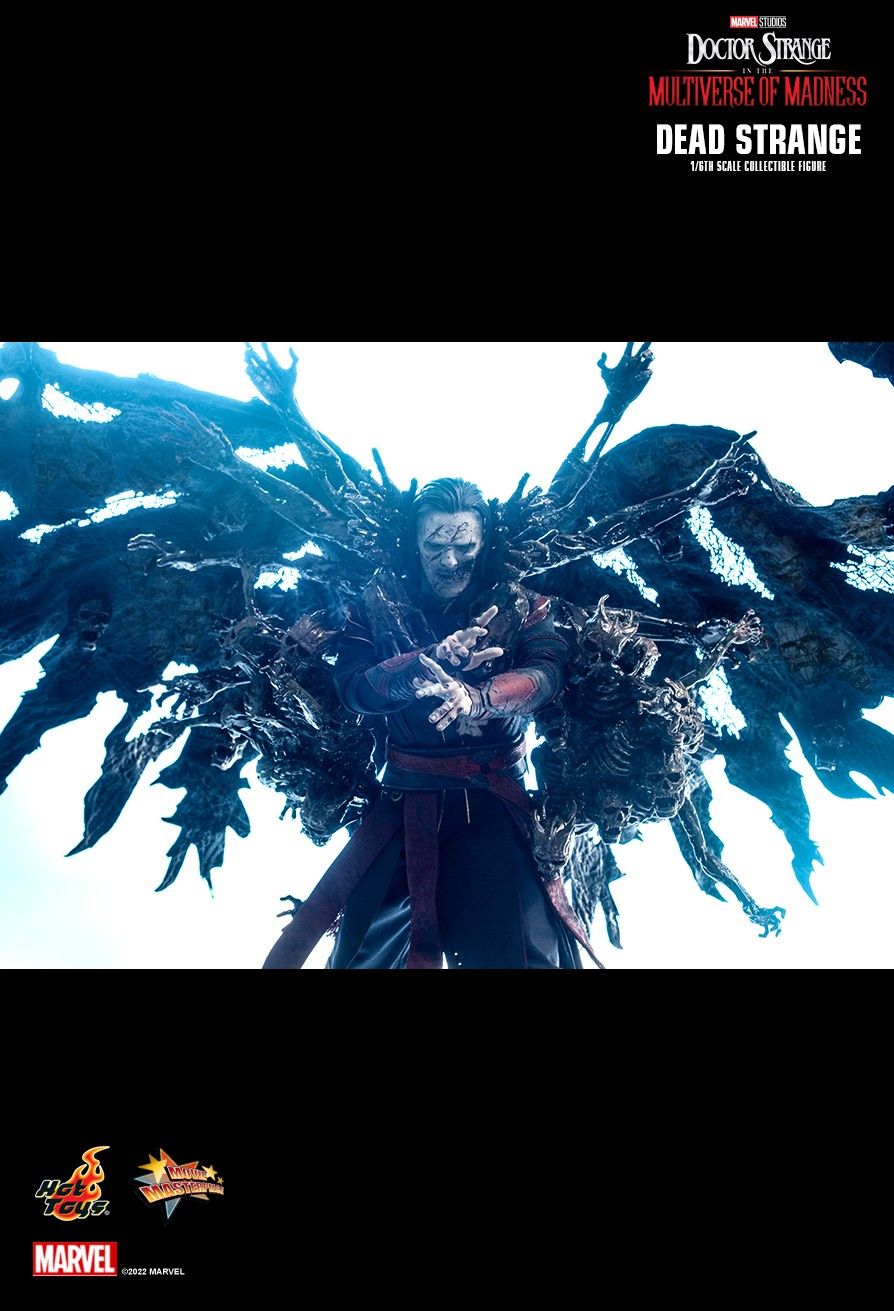 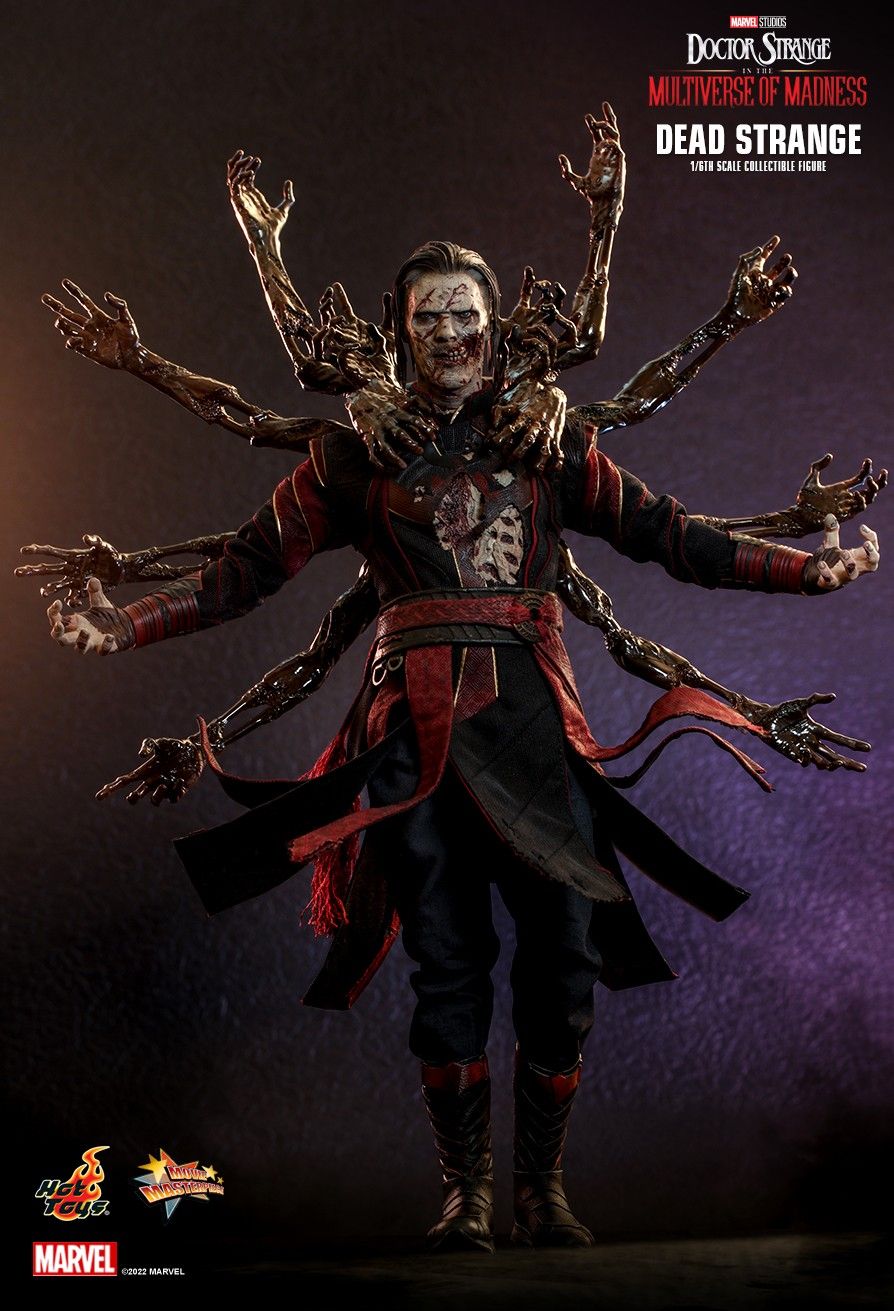 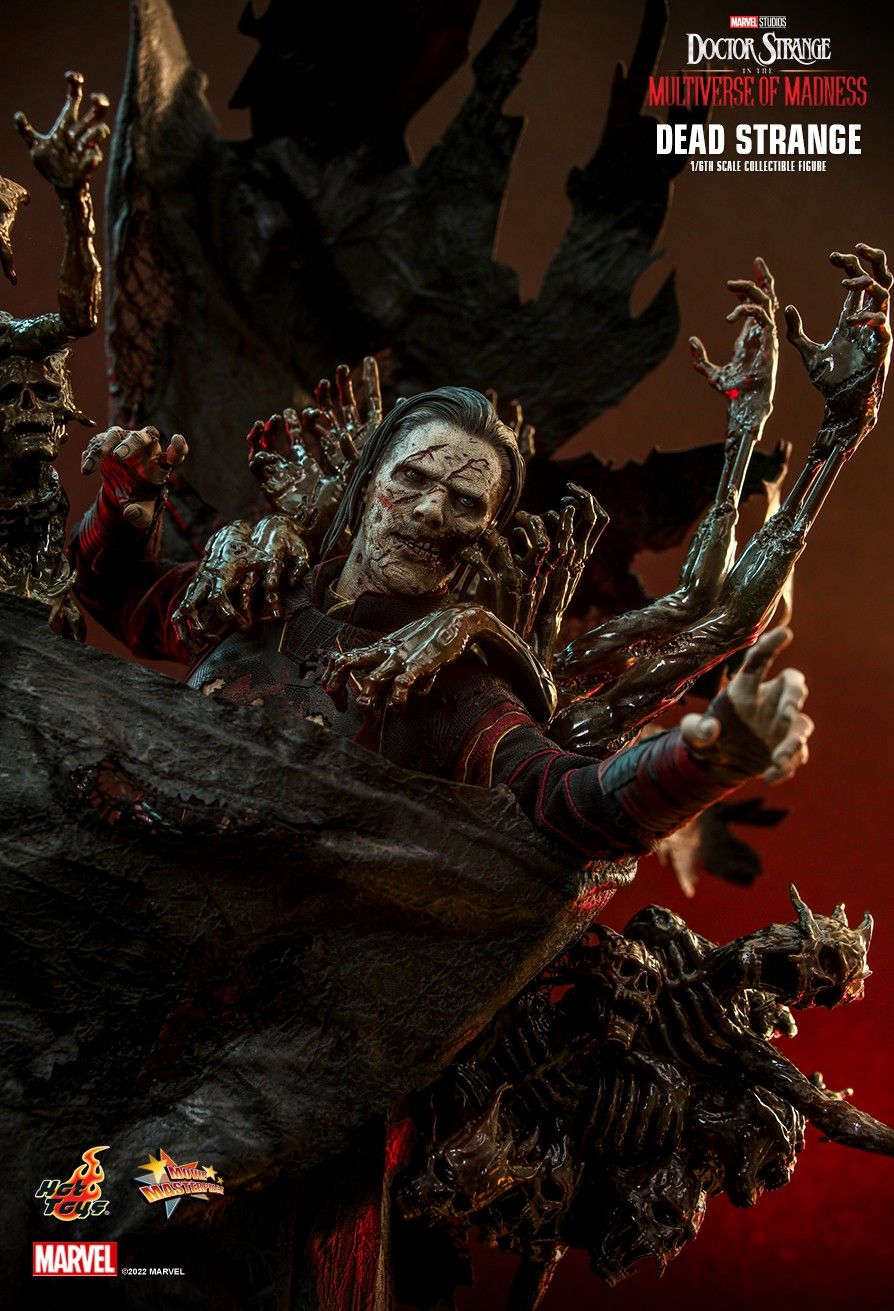 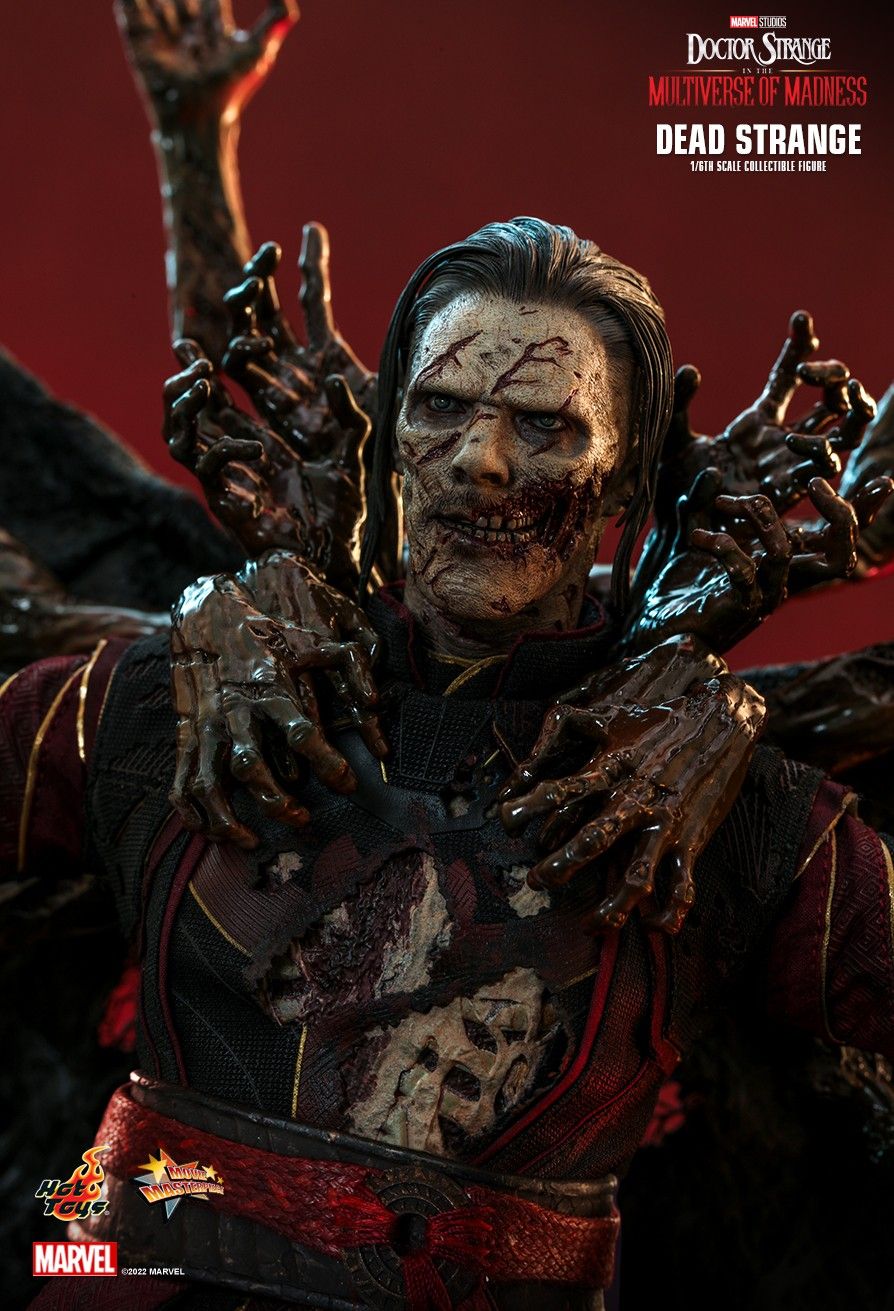 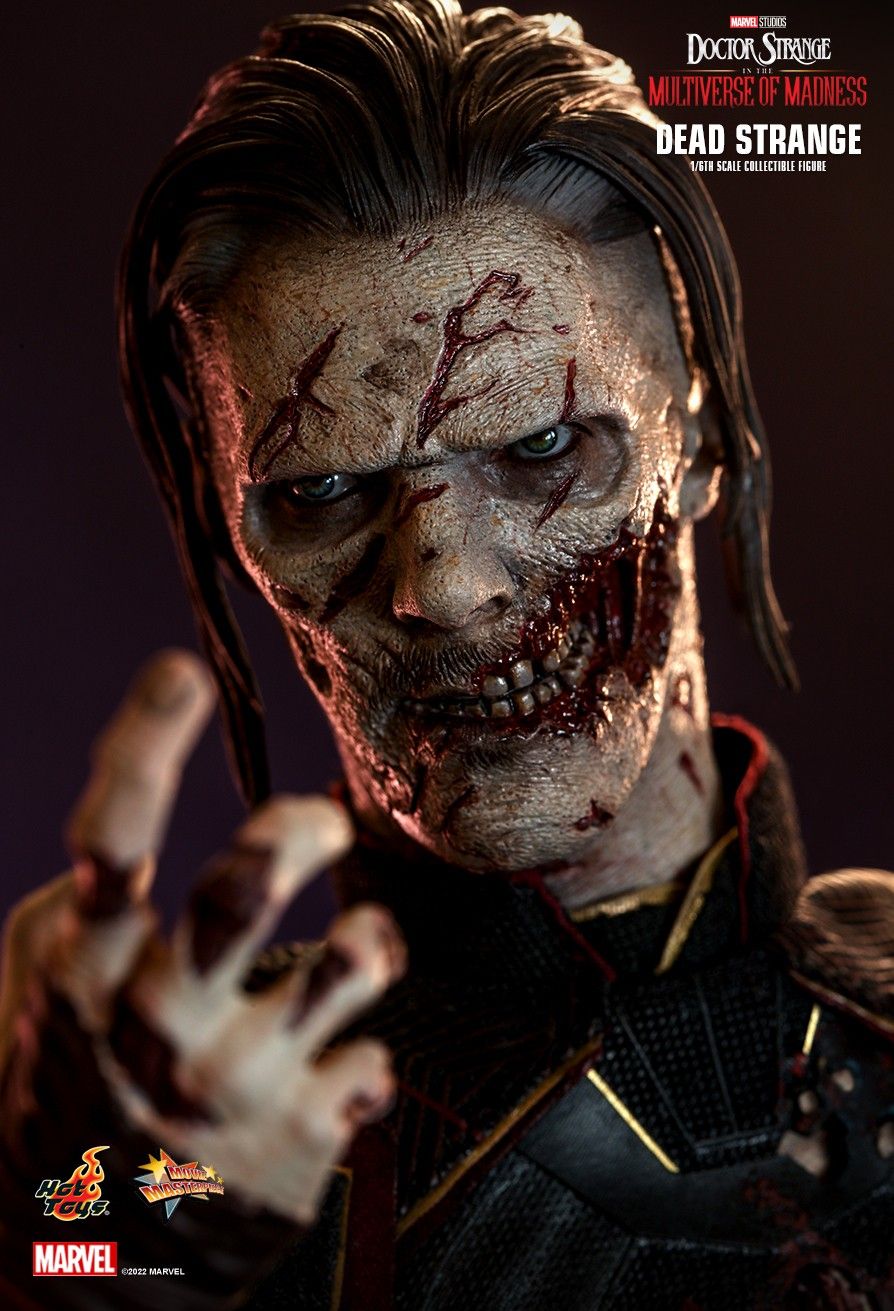 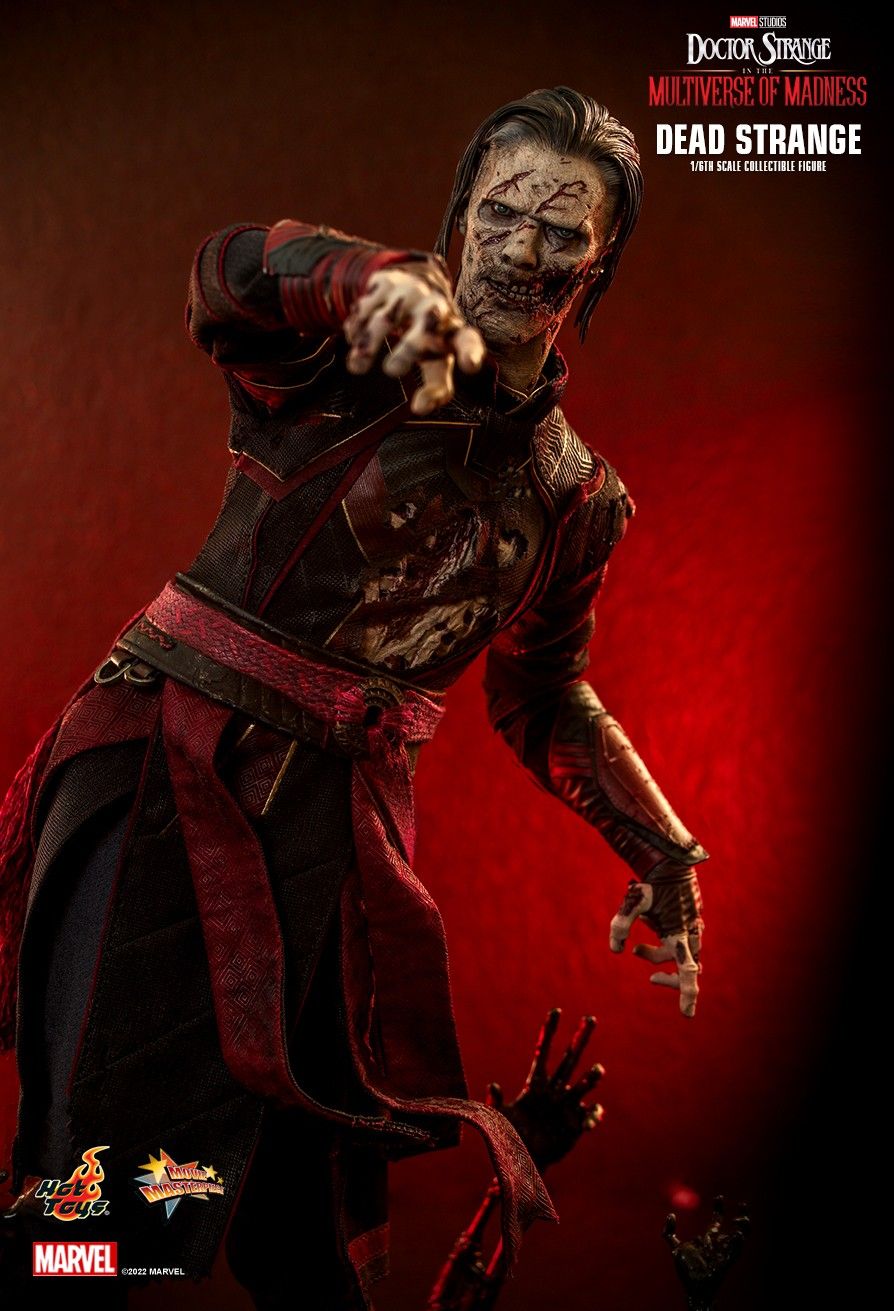 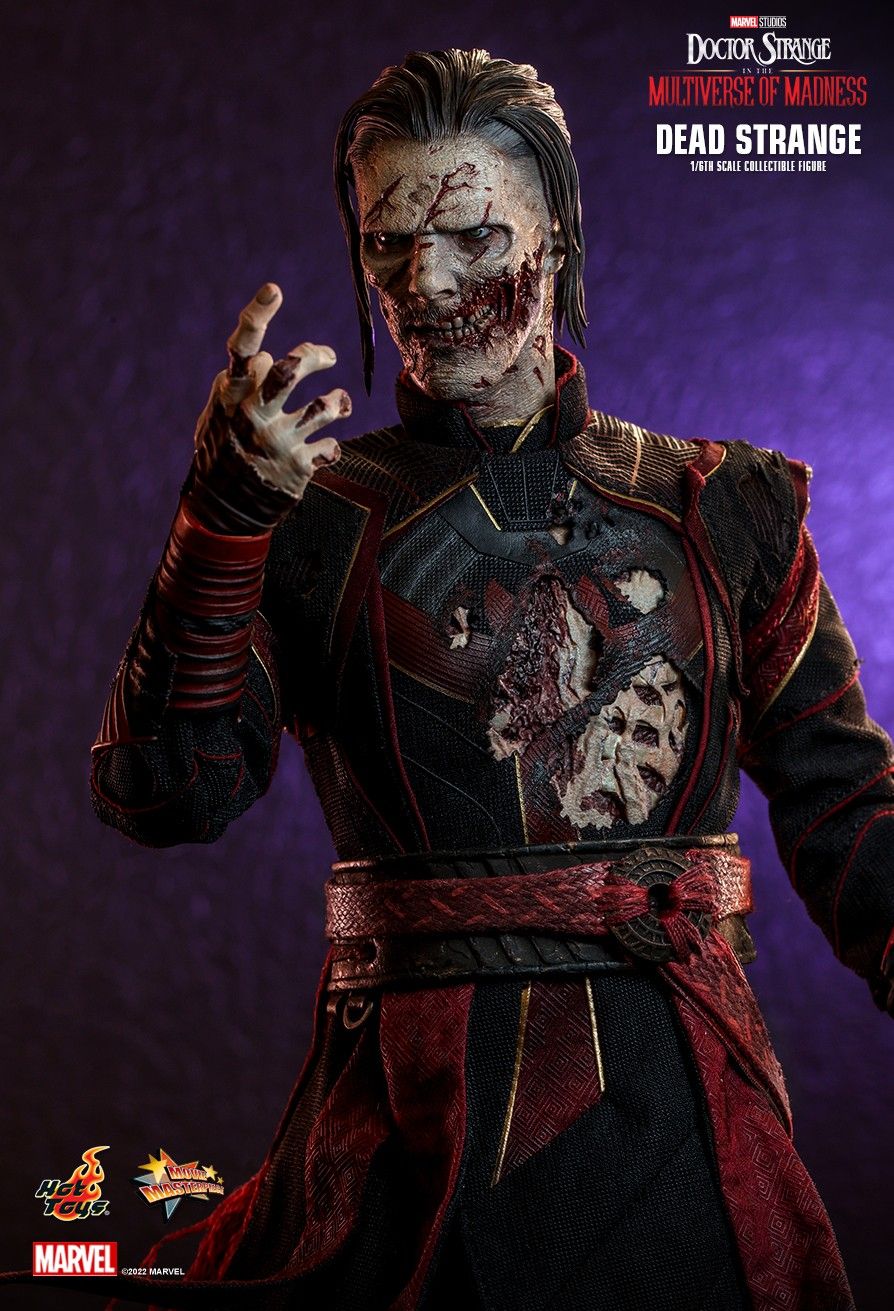 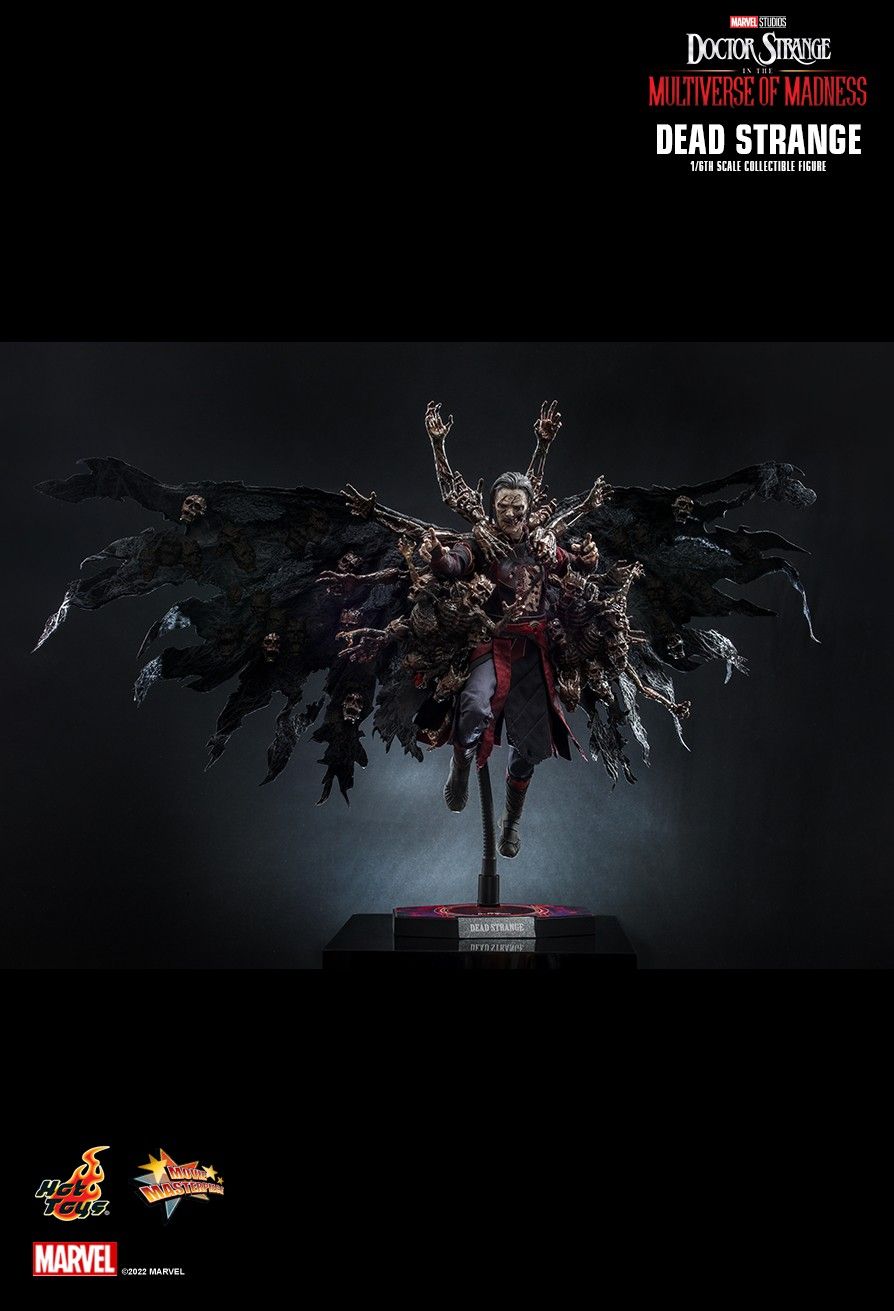 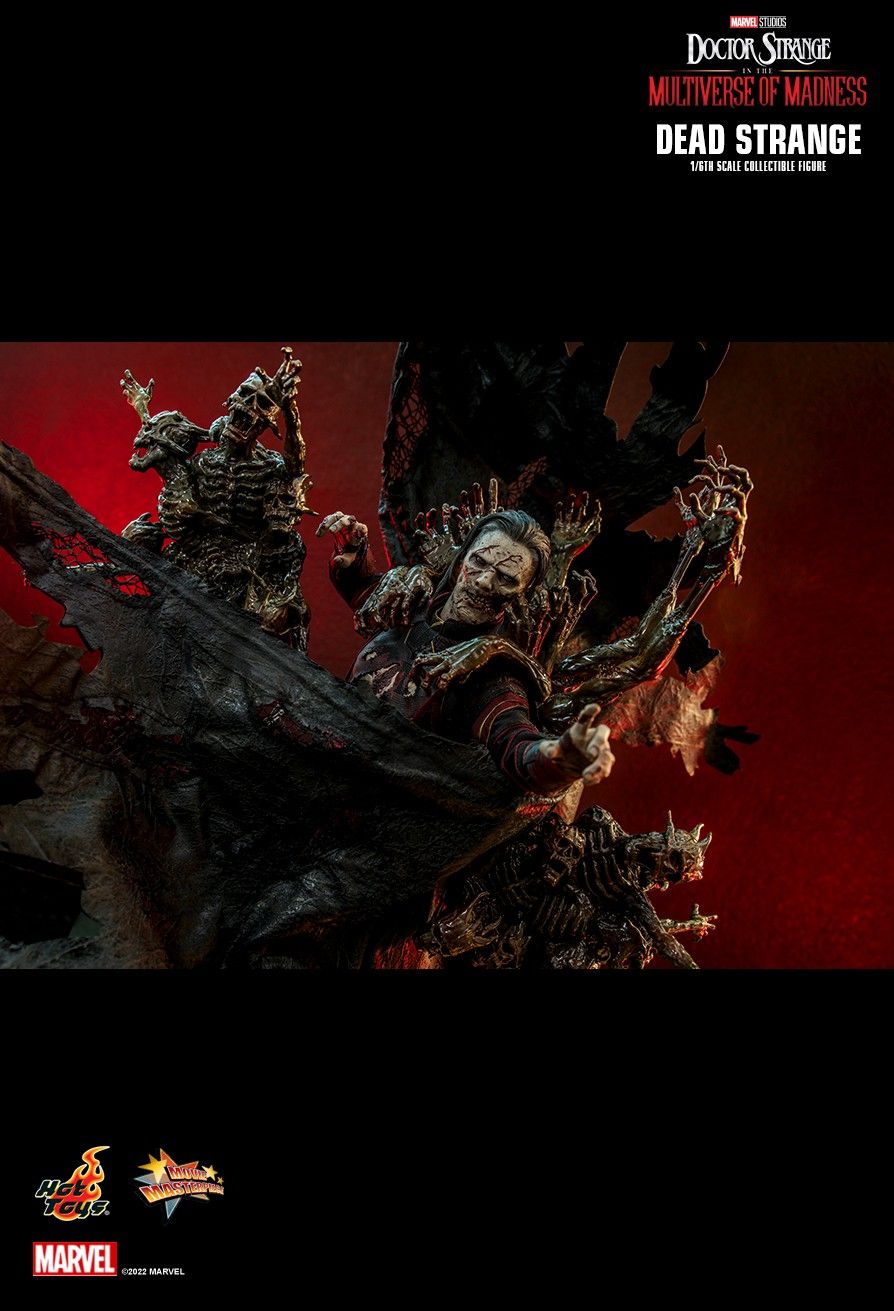 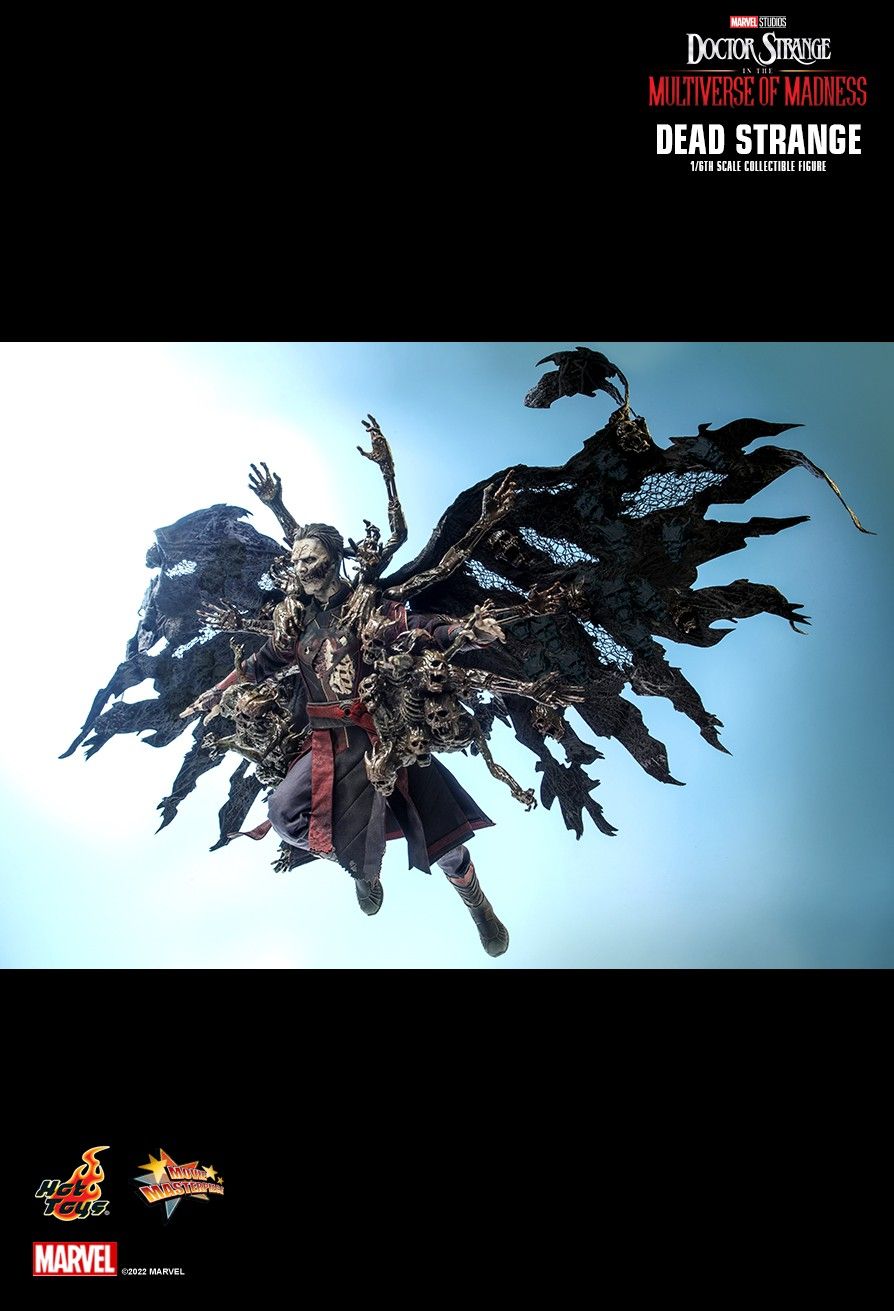 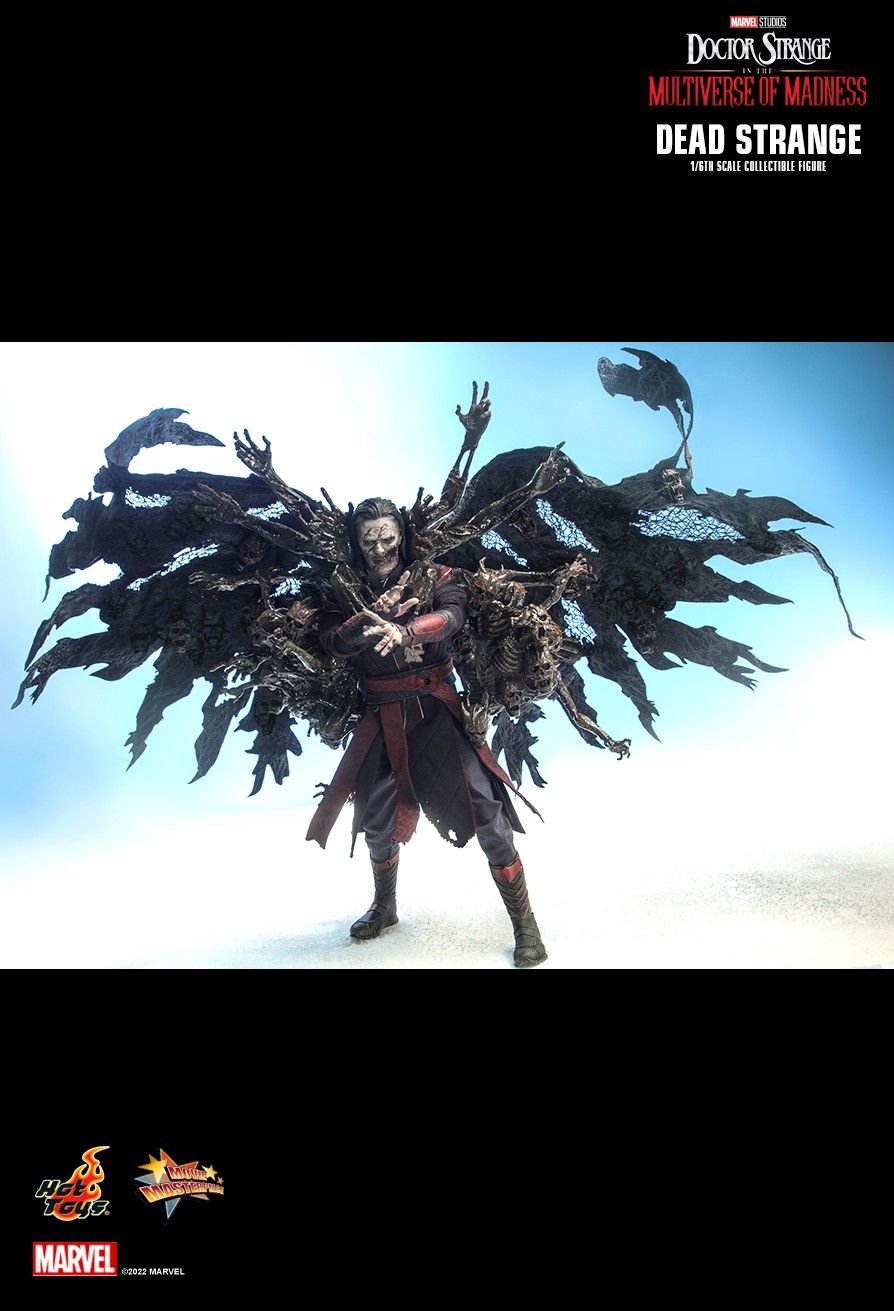 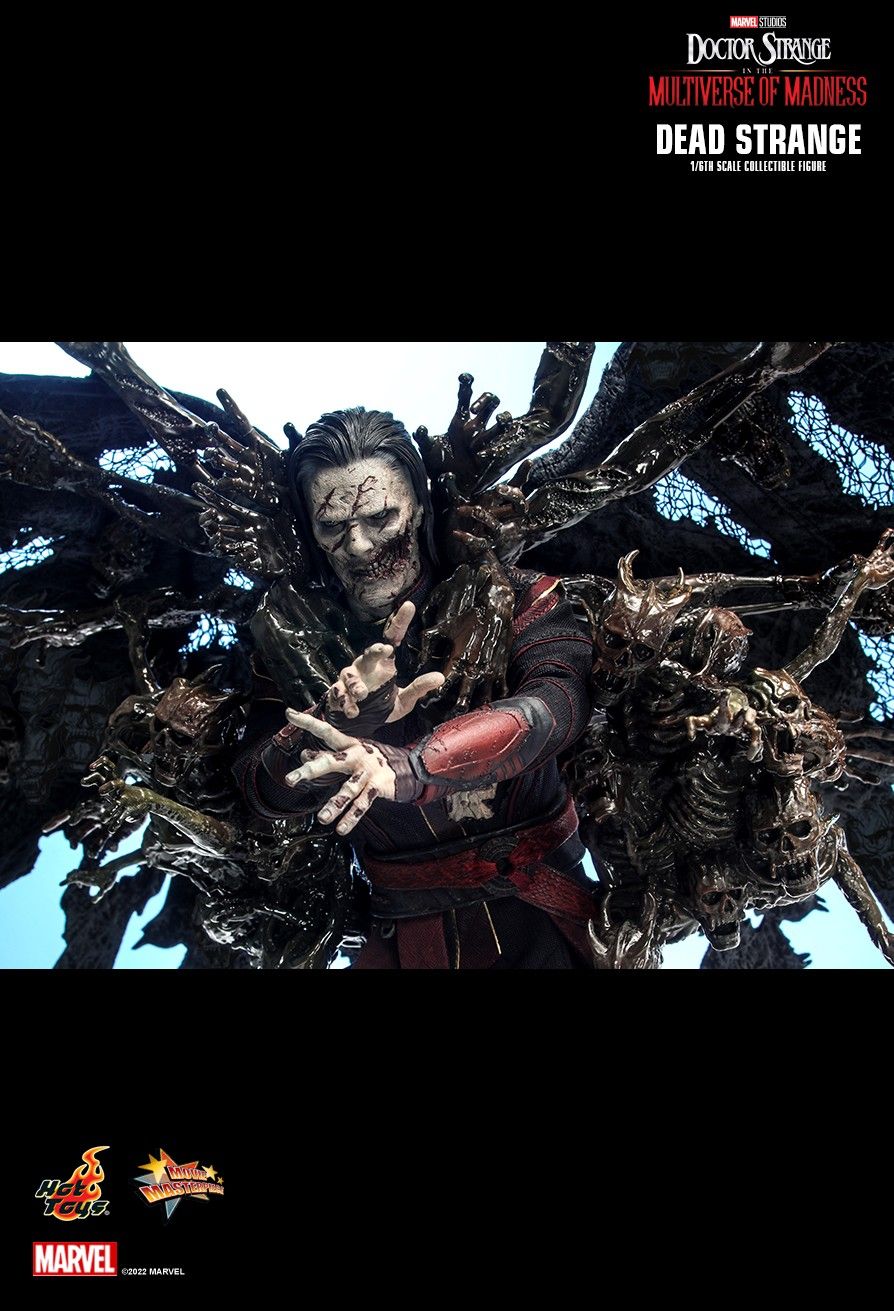 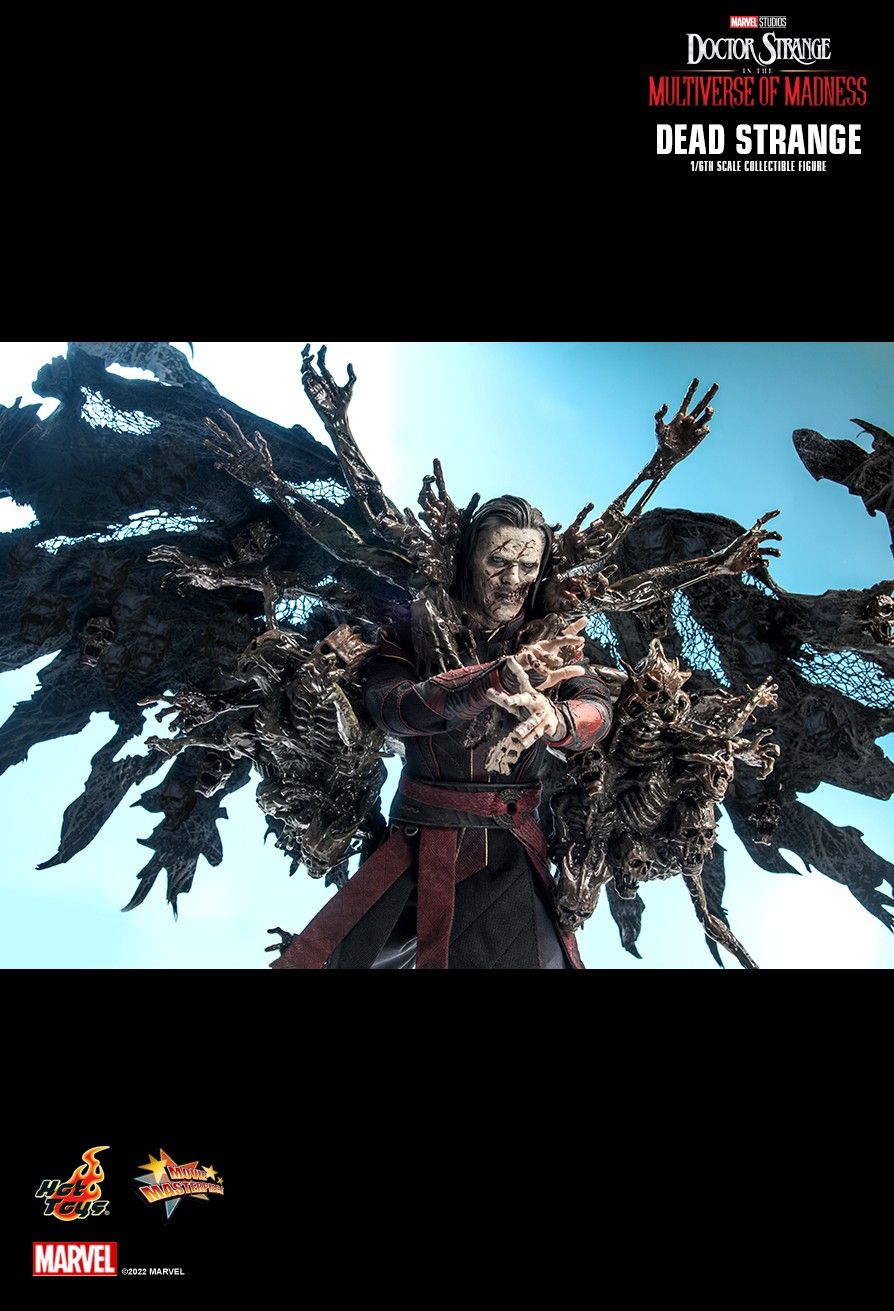 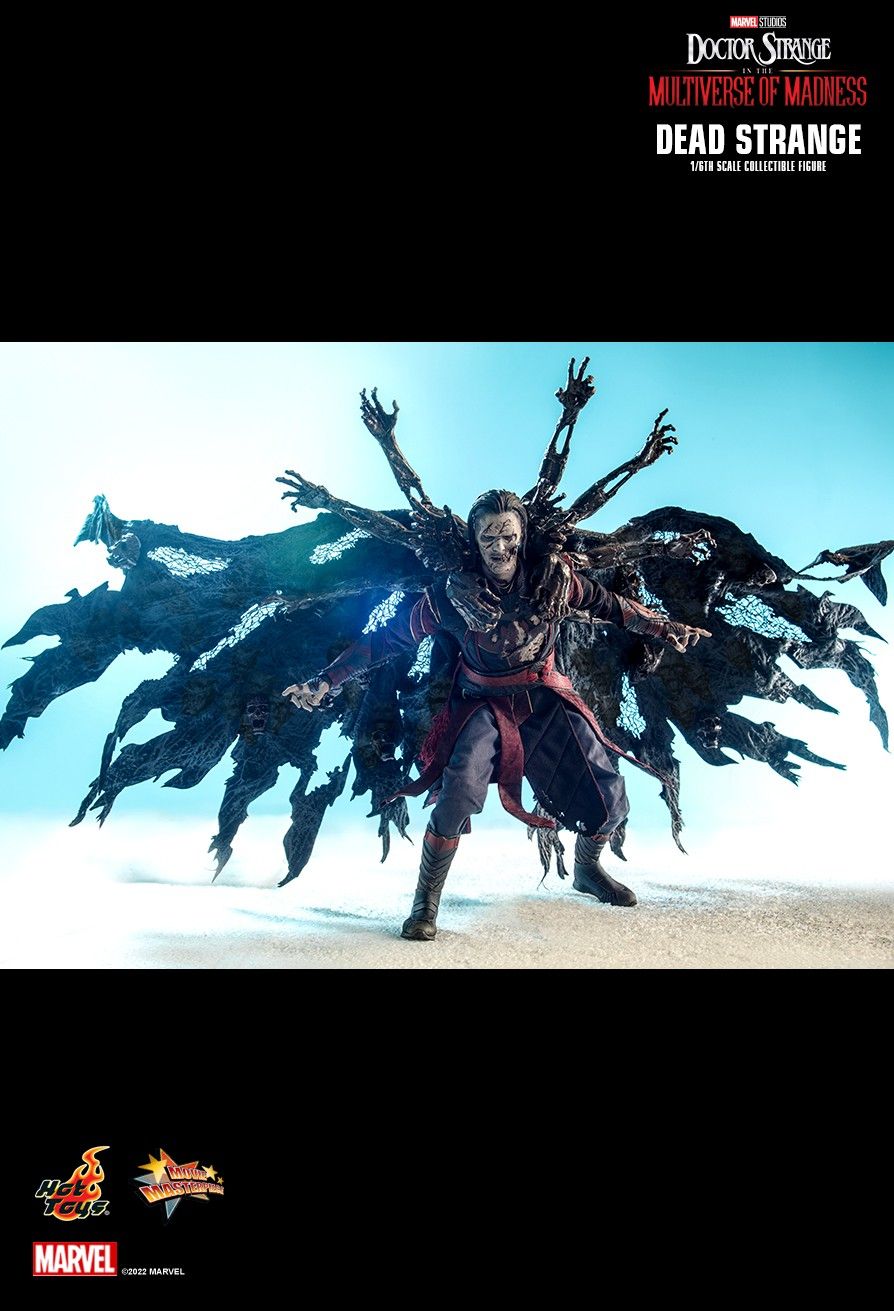 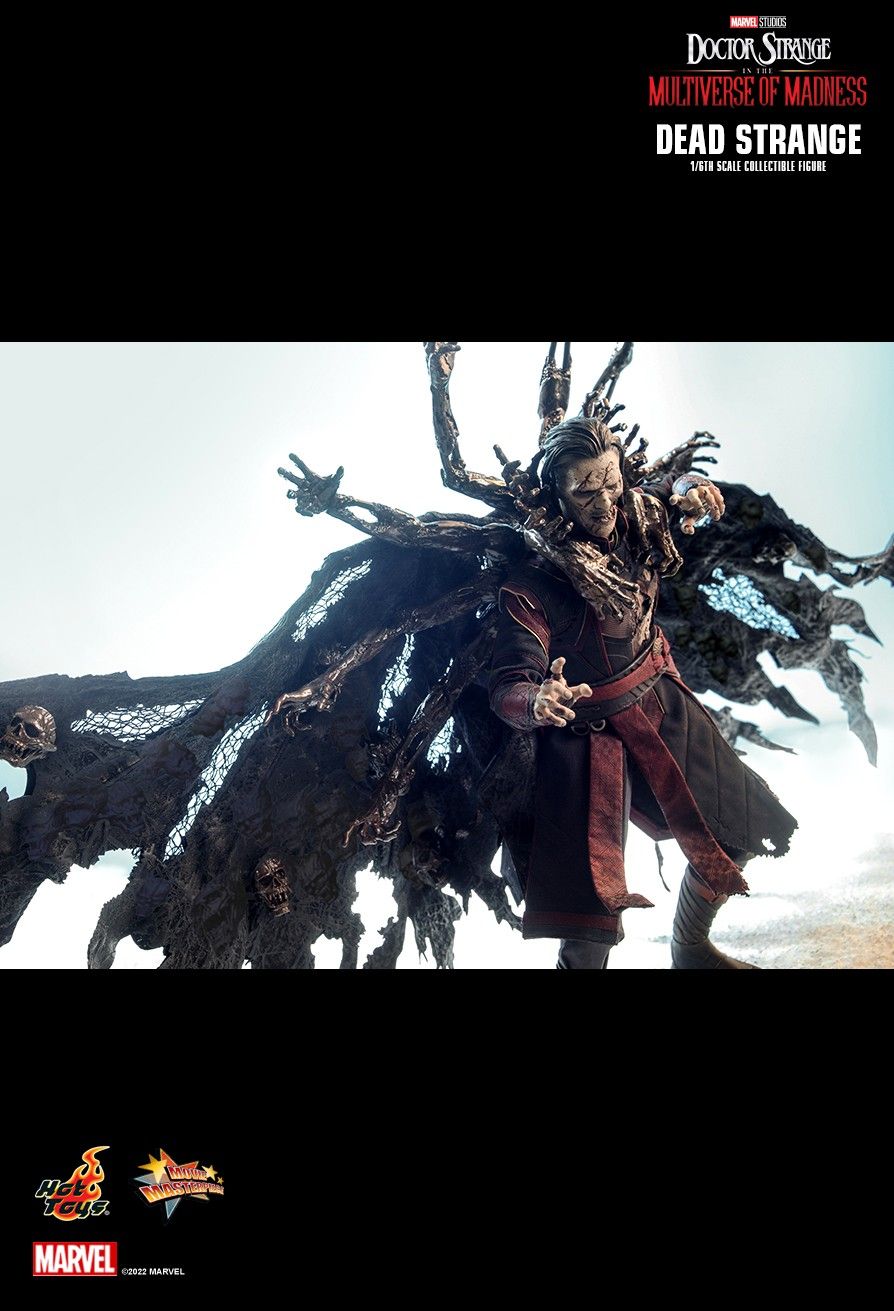 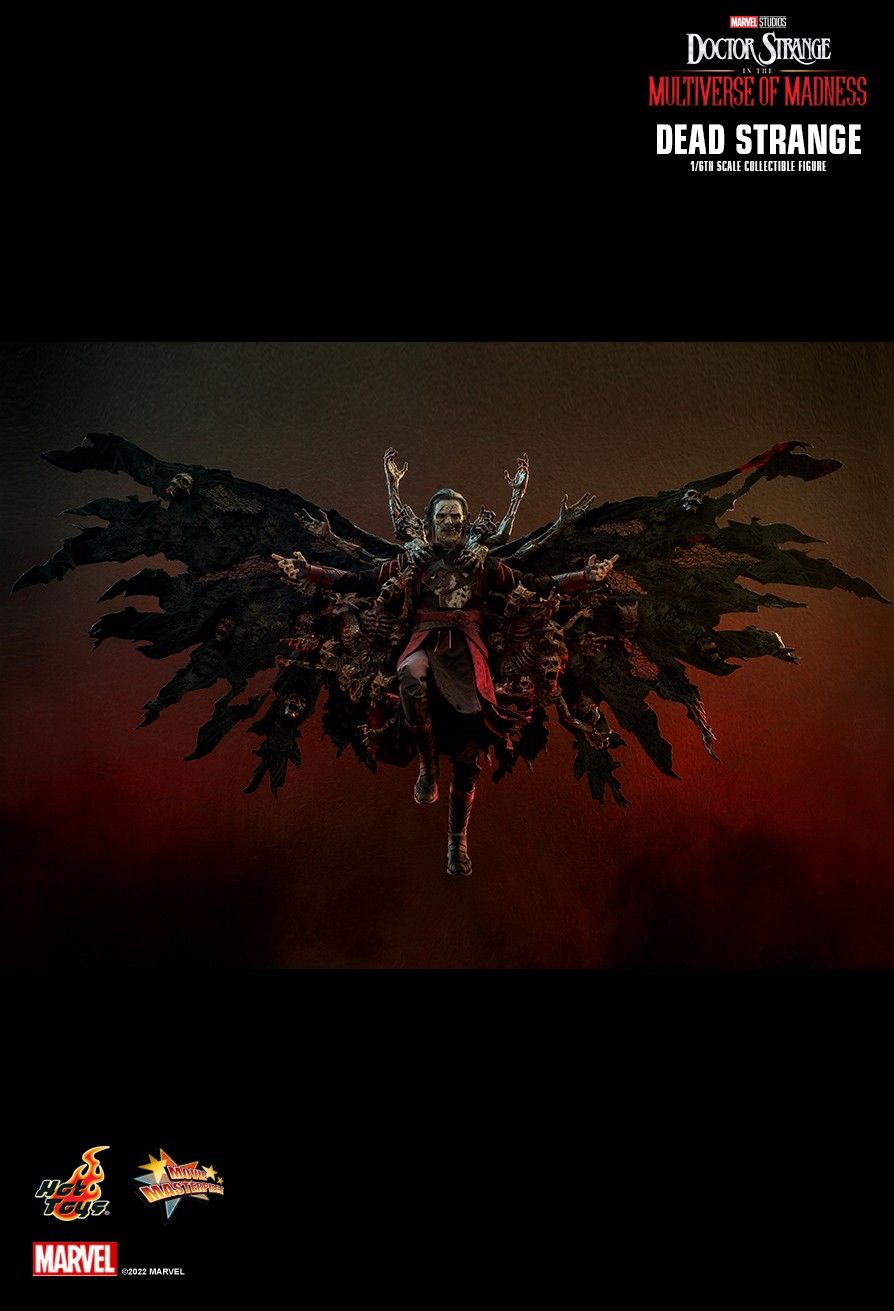 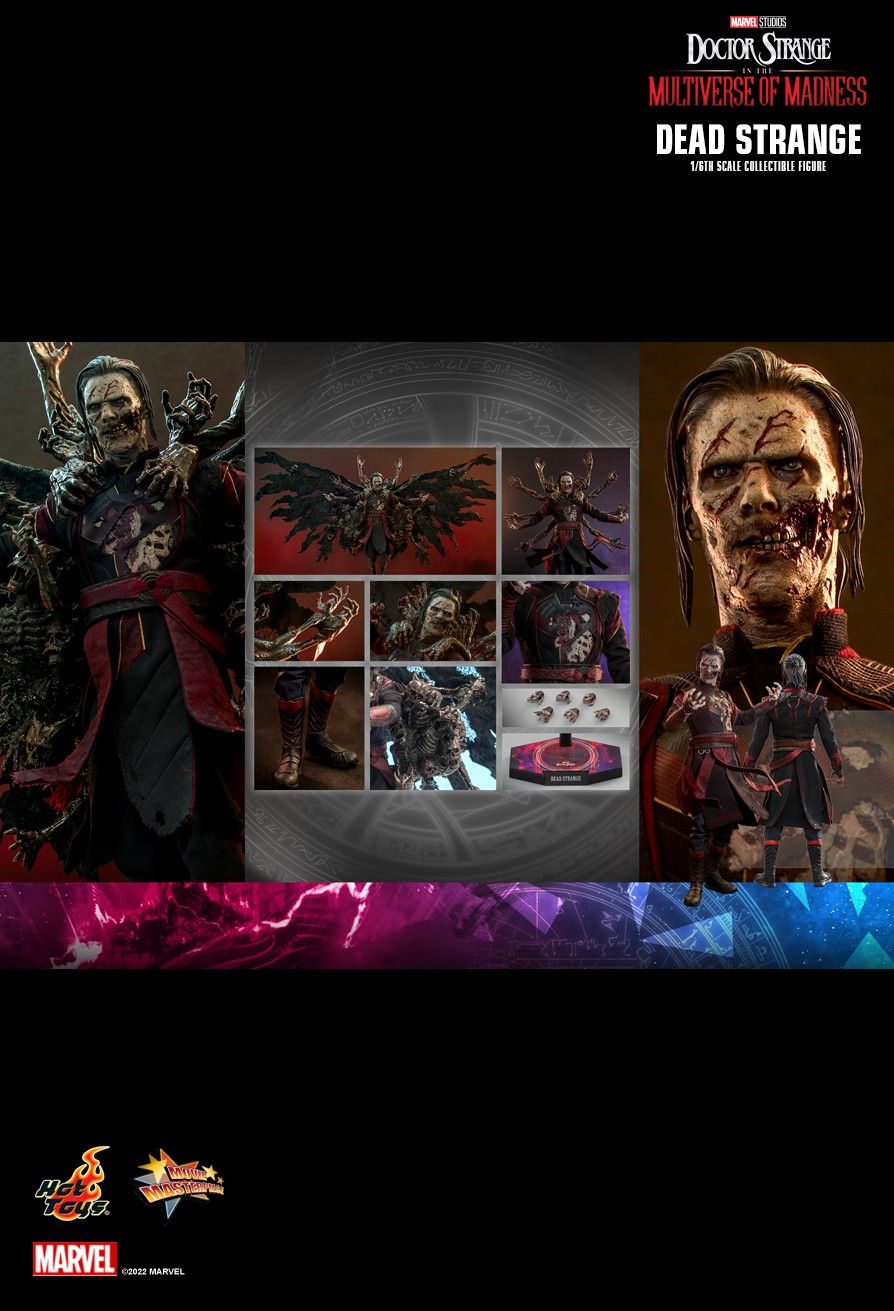 “This time it’s gonna take more than killing me to kill me.”

Doctor Strange dreamwalks into his variant’s corpse from the post-incursion universe. When Dead Strange heads for Mount Wundagore for the final showdown, he’s set upon by the Souls of the Damned, who scream at him for possessing a dead body. This desecrates the natural order of the universe, and the hellish sprits were sent to stop him.

Hot Toys is thrilled to present the highly-anticipated Dead Strange Sixth Scale Collectible Figure and his cape of demons inspired by the Doctor Strange in the Multiverse of Madness movie.

Meticulously crafted based on the appearance of Benedict Cumberbatch as Dead Strange in the movie, the Marvel collectible figure features a newly developed head sculpt and hair sculpture with disgustingly beautiful details; a decaying tunic outfit and sculpted boots, a distressed cape with sculpted heads of demons; the greatly detailed Souls of Damned accessories to drag on Strange, and a dynamic figure base.

The Dead Doctor Strange figure will surely be a unique one to your Marvel collection! 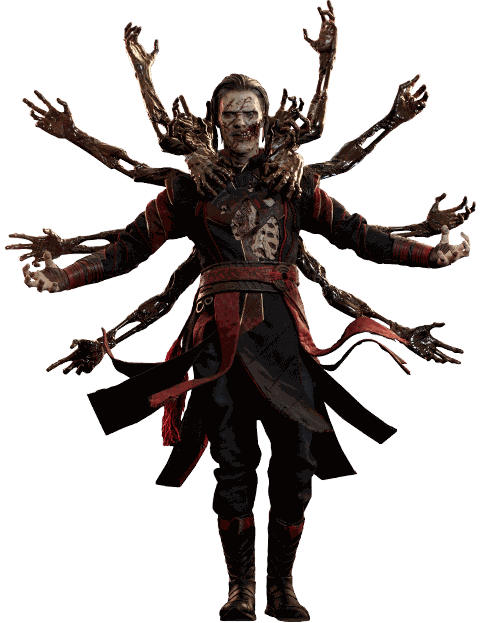