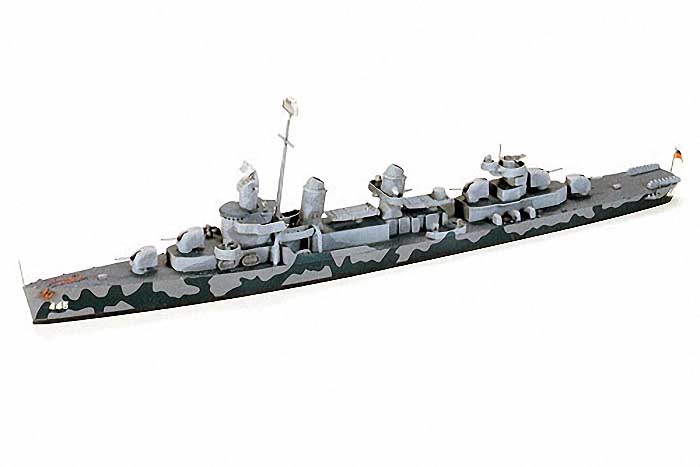 About The DD445 Fletcher

One of the most famous and successful destroyer classes ever built was the U.S. Navy's Fletcher class that appeared during the World War period. A total of 175 sister ships proved to be the largest number for a destroyer class in the U.S. Navy inventory during the era. They were completed in two and a half years, showing a stunning example of wartime mass production. Development of the Fletcher class vessels began in mid October 1939, when the U.S. Navy General Board stated the initial characteristics requirements for their new destroyers. The Navy needed a larger and more versatile, multipurpose destroyers, to replace the then principle Benson/Livermore tyoe ships, which were the final development of the pre-war destroyer design restricted by the London Treaty.