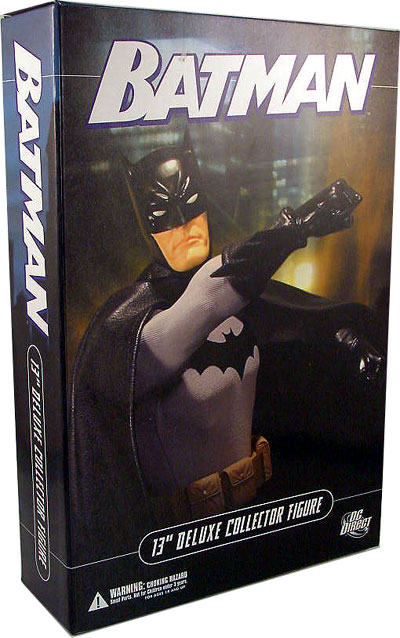 He's the Dark Knight detective that never loses his edge. You've seen him fight crime with Robin, The Boy Wonder. You've seen him take on the Joker in the movies and on television. He's Batman, and one of the "big guns" in the DC Universe. This modern 13" figure includes four different stylized batarangs and a stand to display the figure. Packaged in a deluxe 4-color window box with a fifth panel.