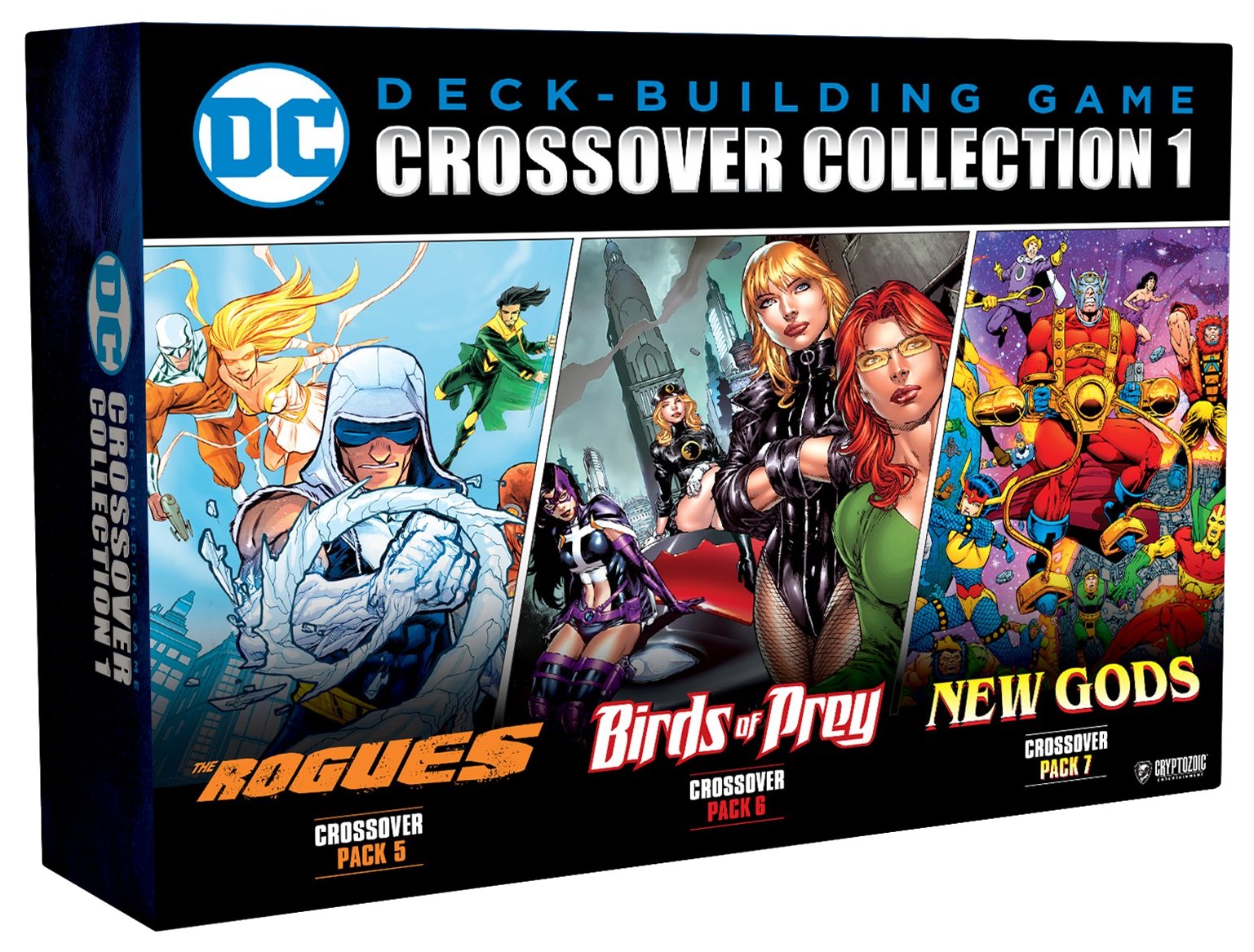 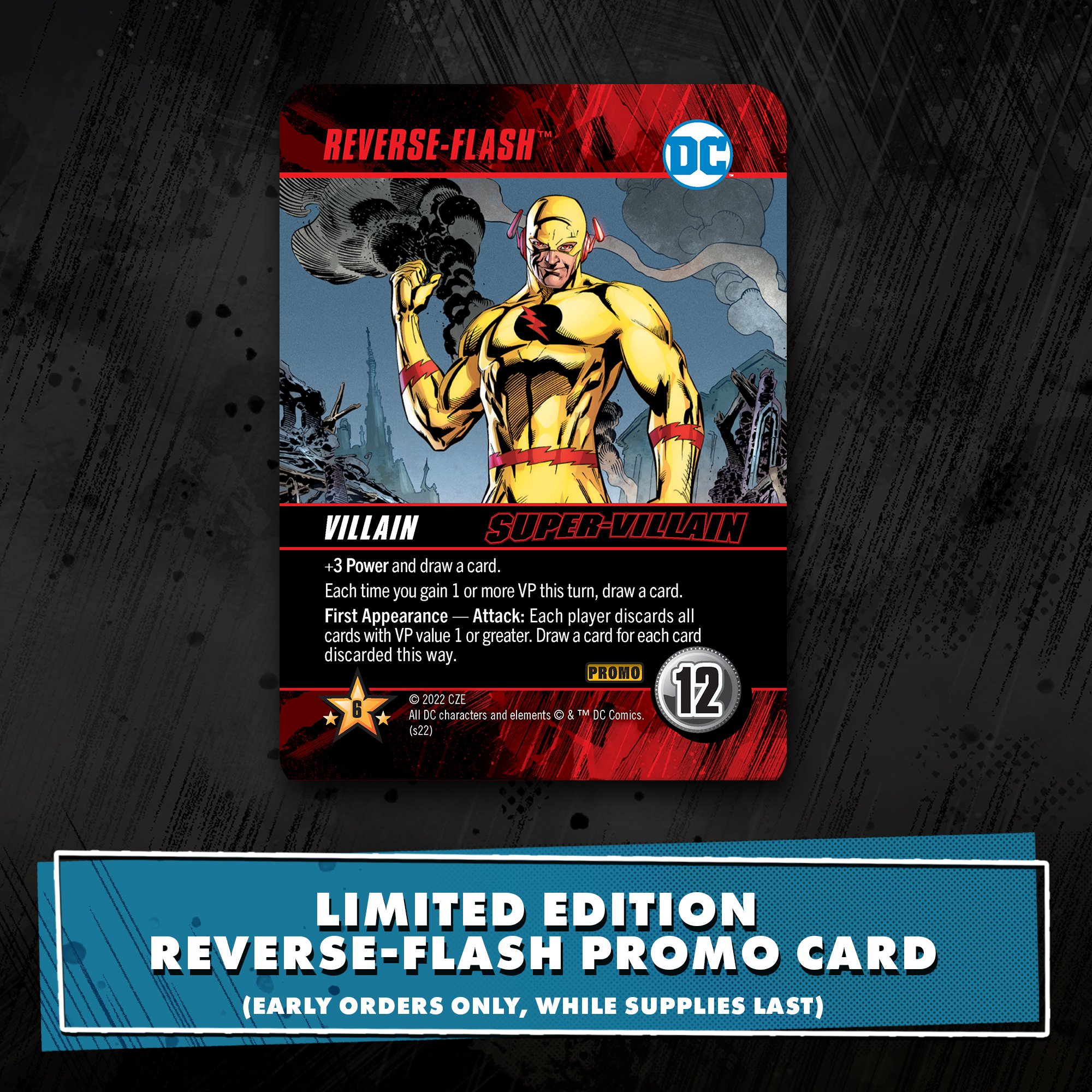 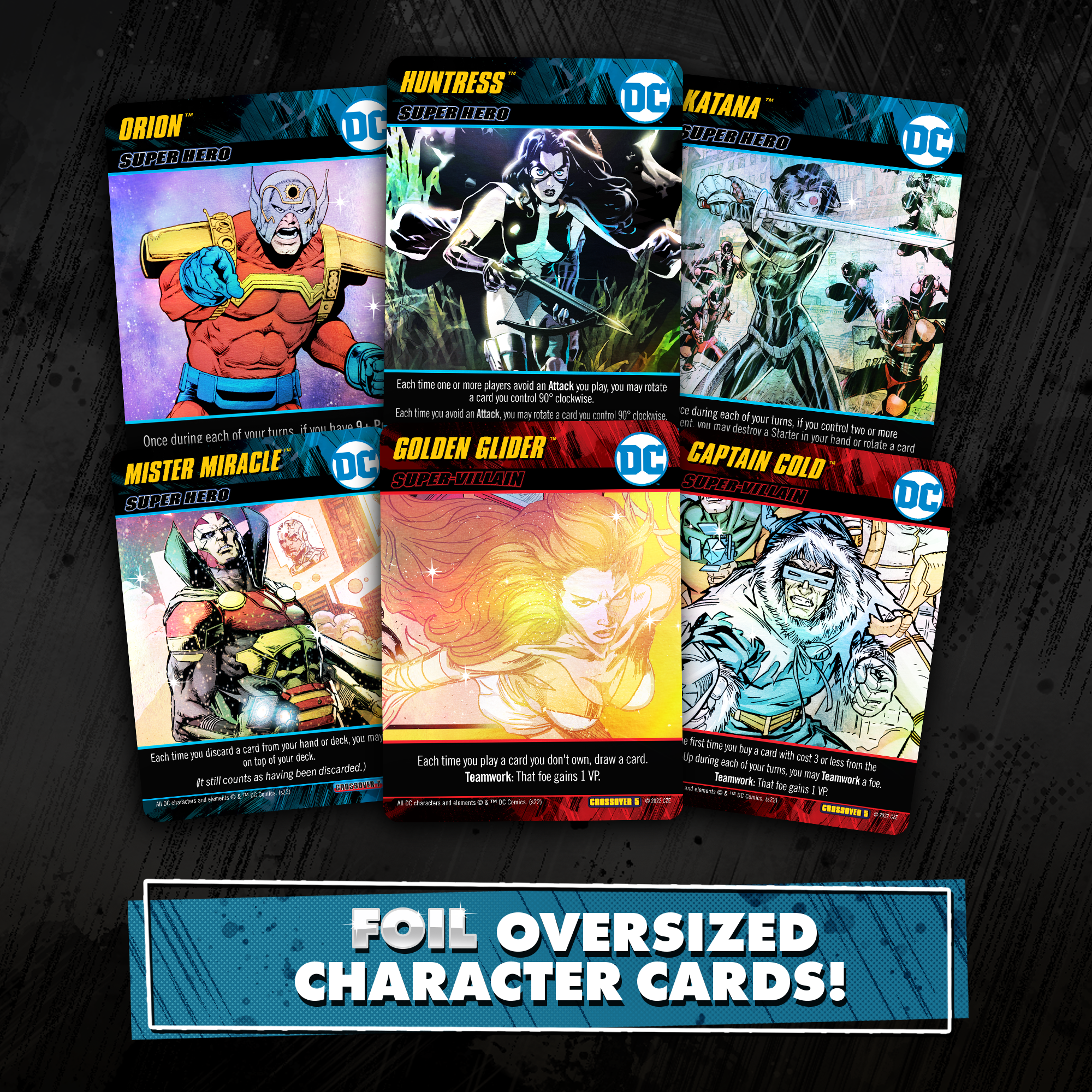 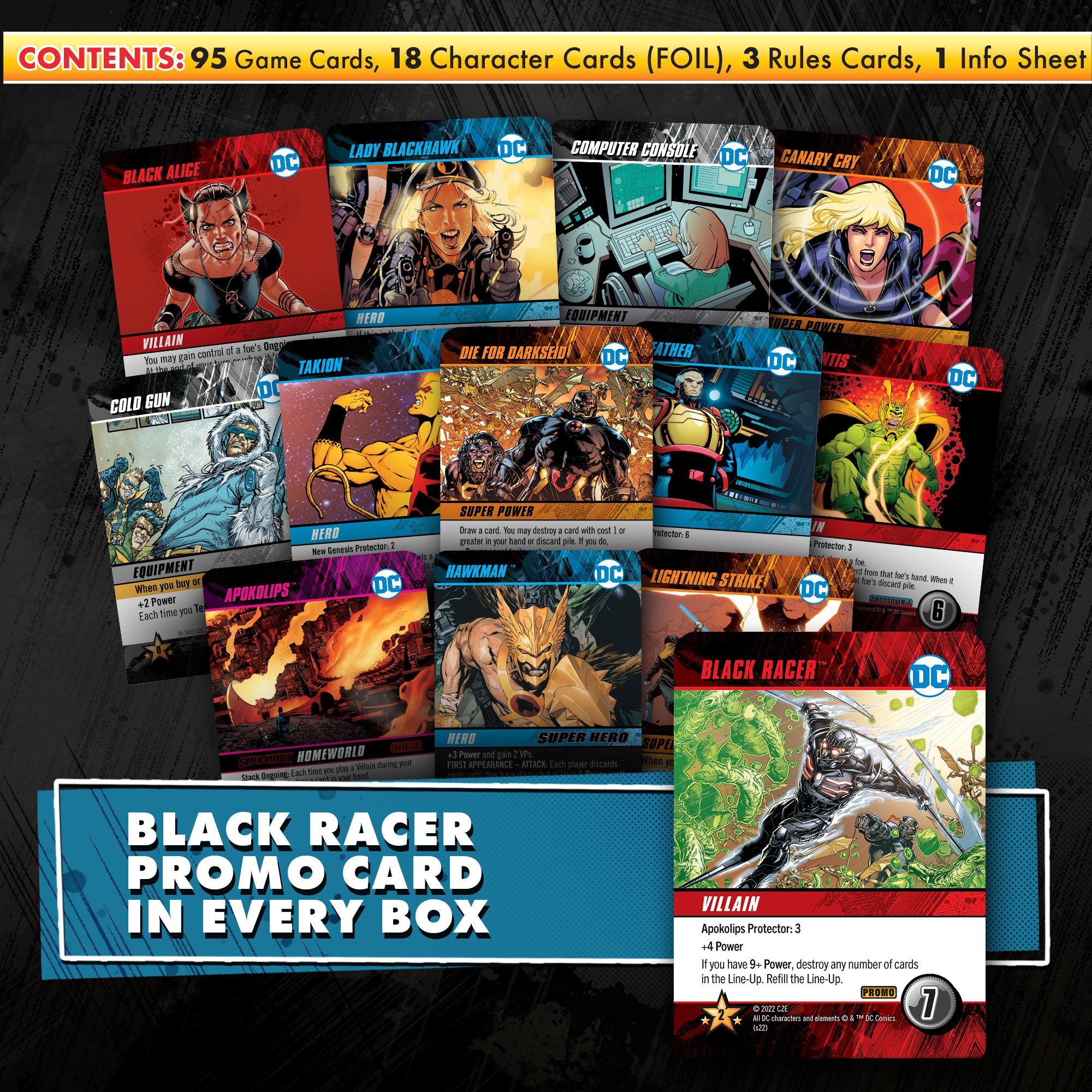 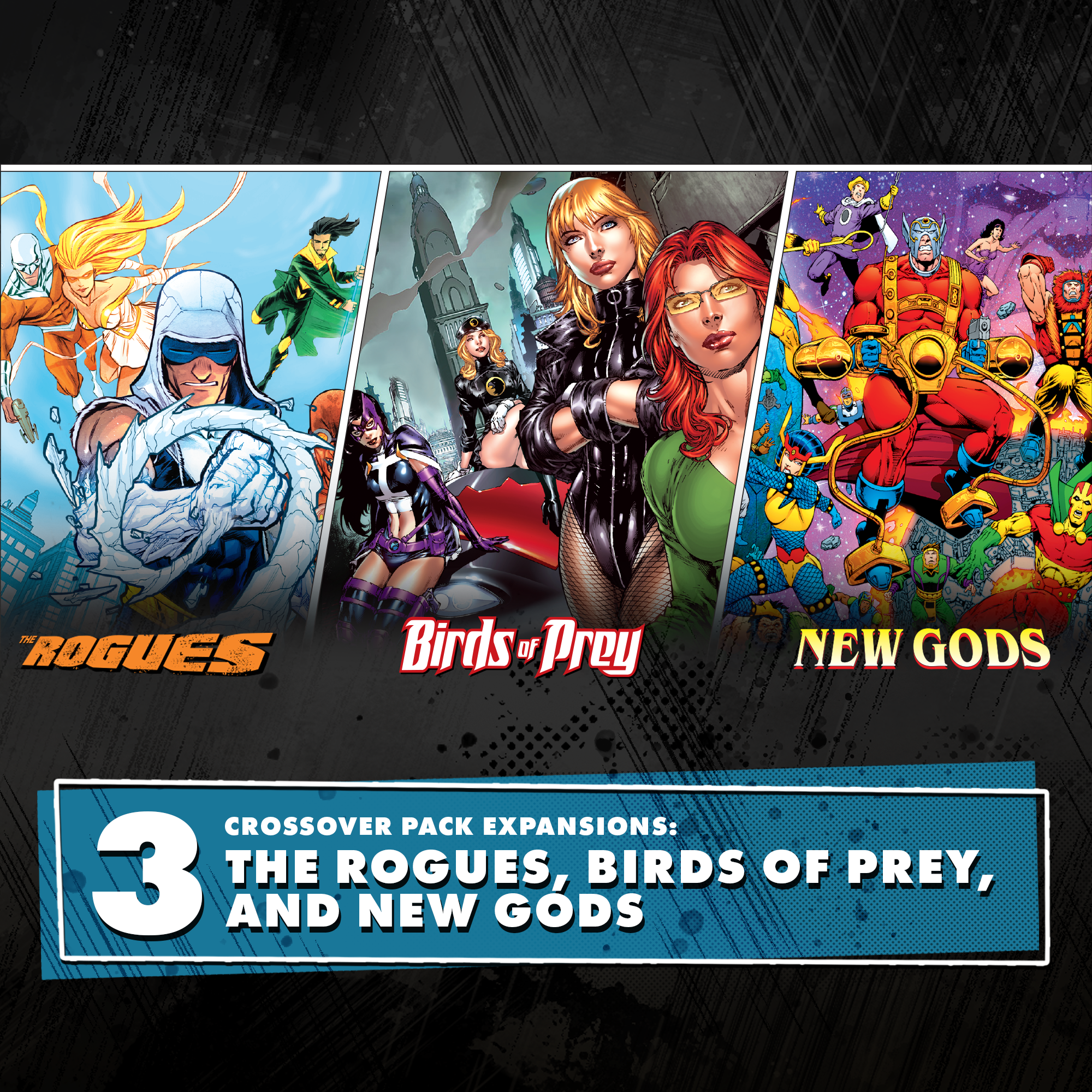 In Crossover Pack 5: The Rogues, you become a Super-Villain who always has some help within reach, thanks to “Teamwork.” This keyword found on many of the cards allows you to play the top card of another player’s deck. The code “honor among thieves” usually applies here, as the player who assists you gets a piece of the action.

In Crossover Pack 6: Birds of Prey, you can play as the preeminent all-female covert ops team founded by Black Canary and Oracle. A brand-new innovation in this expansion is card rotation. Many effects on the cards, including the Super Heroes, allow players to rotate their cards and earn bonuses.

Finally, in Crossover Pack 7: The New Gods, you can play as Super Heroes living on New Genesis or Super-Villains residing on Apokolips. There are two stacks of HOMEWORLD cards, each with a special ability that all players can take advantage of. If you are Darkseid, you seek to conquer New Genesis … but so do your fellow Super-Villain players. The Super Heroes, conversely, compete to conquer Apokolips.

This is not a standalone product. Requires any DC Deck-Building Game base game to play.

This is not a standalone product. Requires any DC Deck-Building Game base game to play.