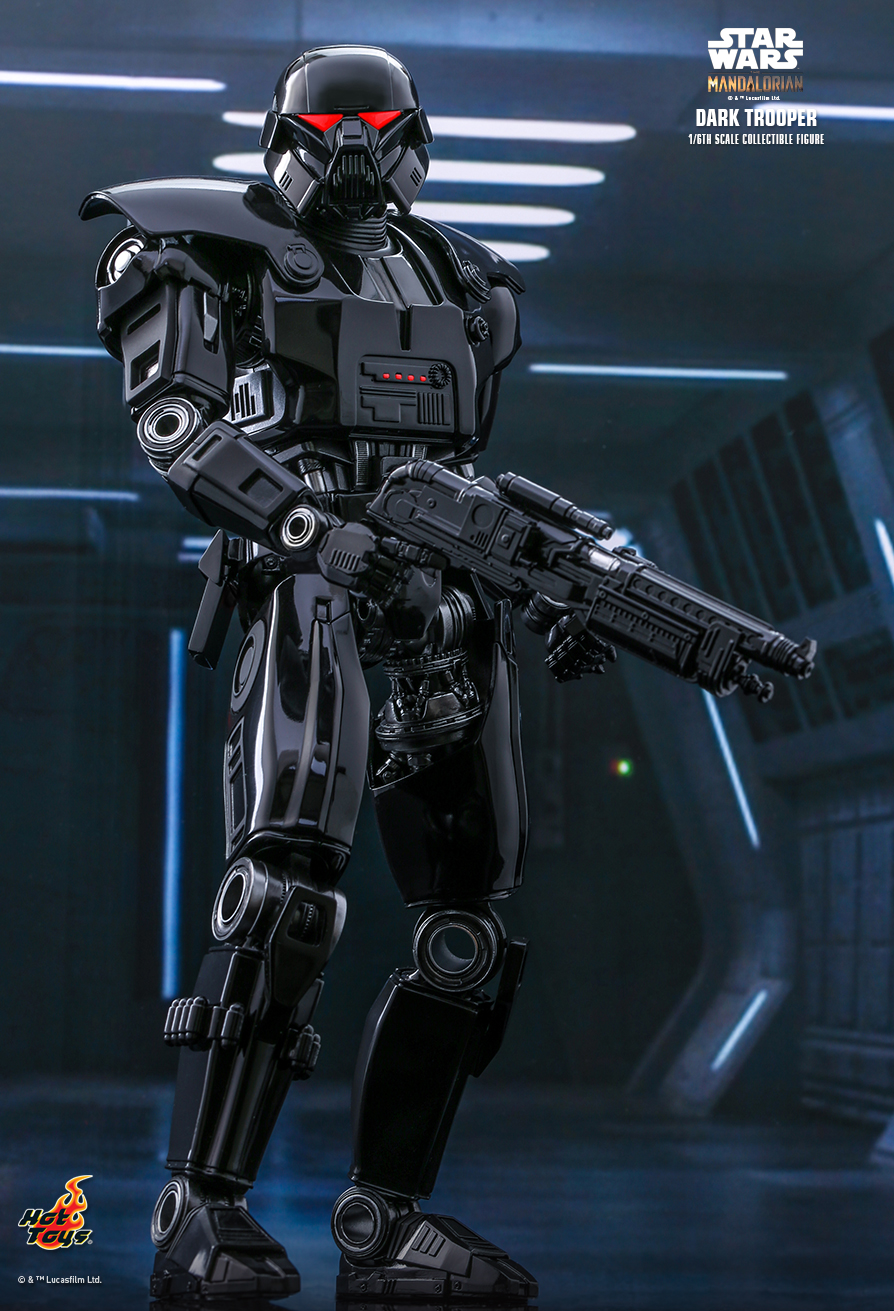 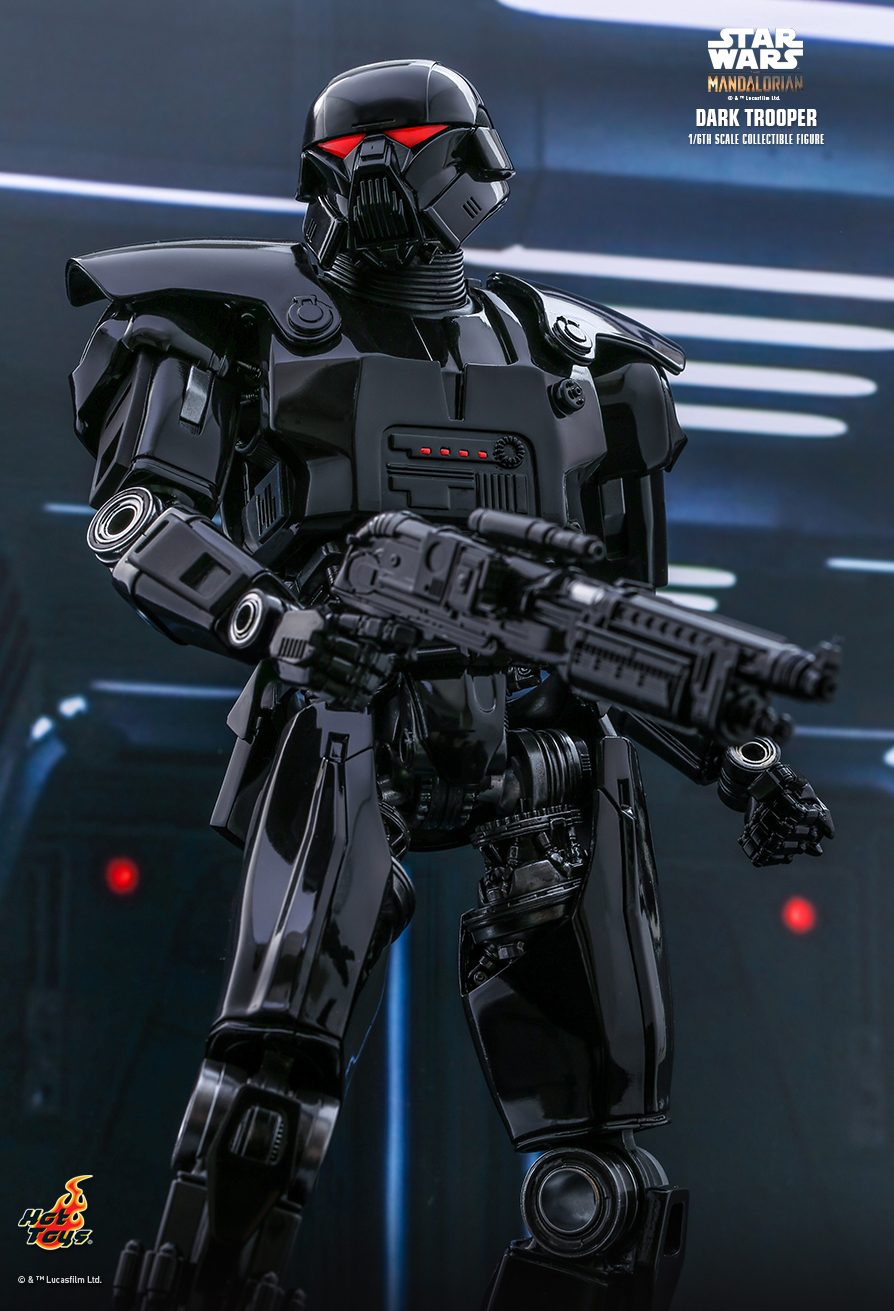 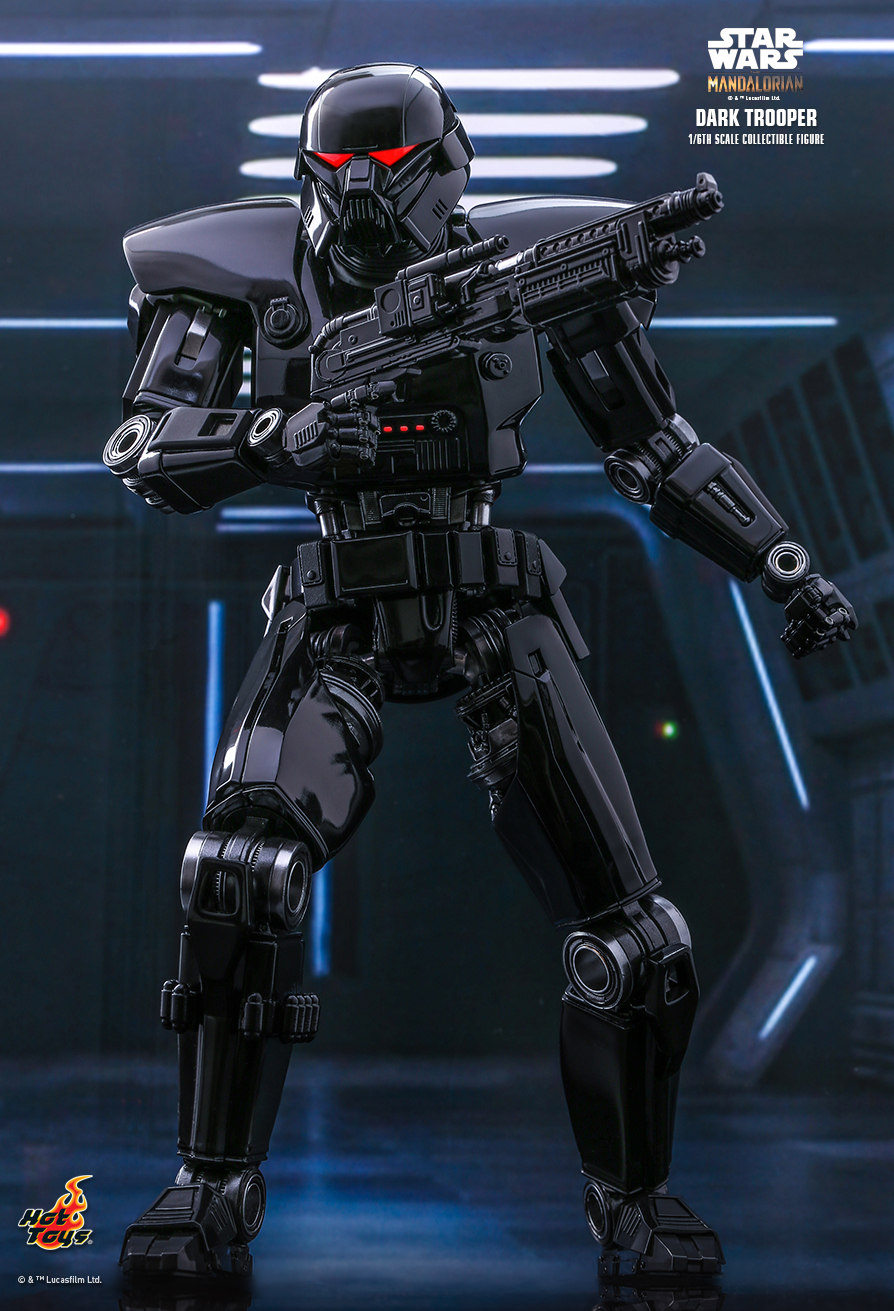 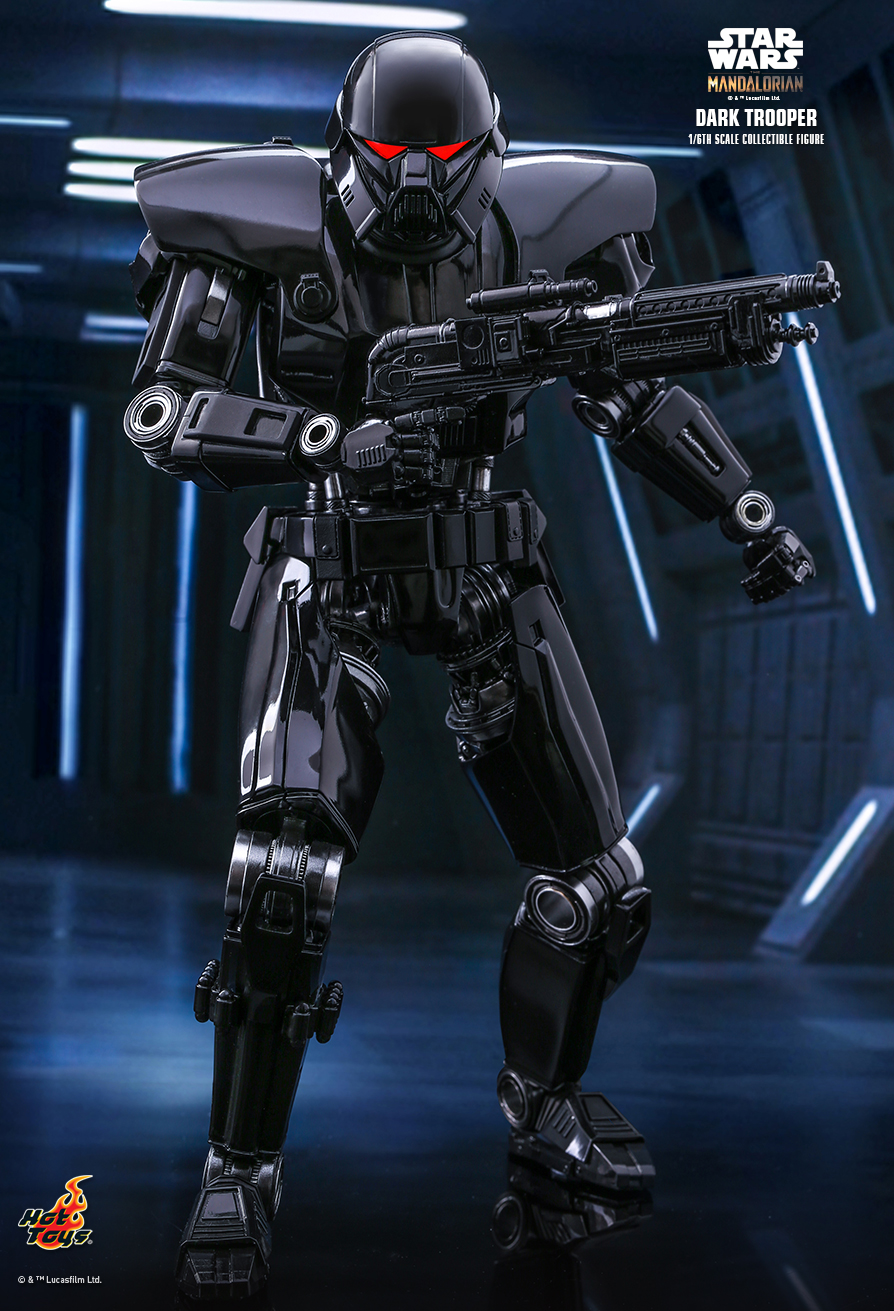 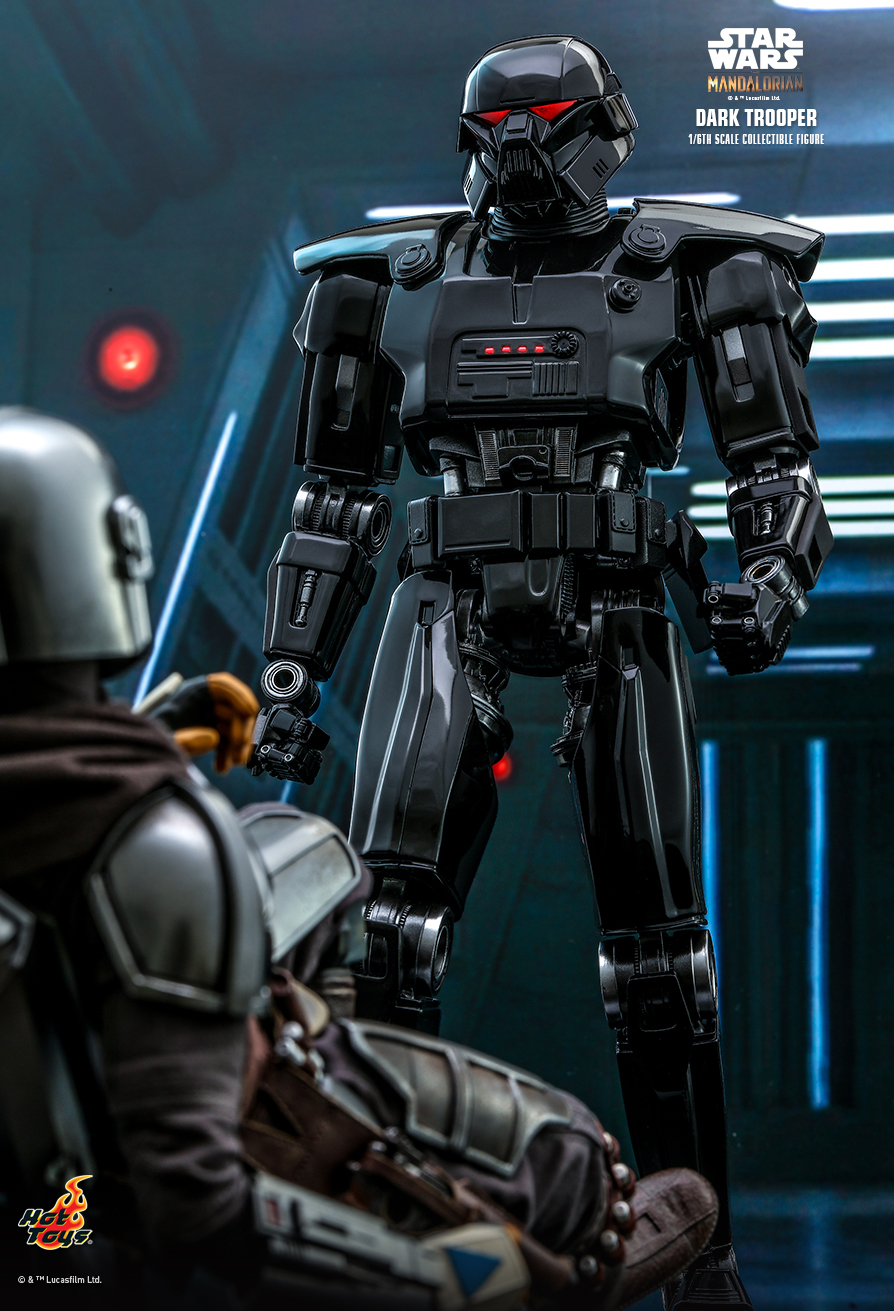 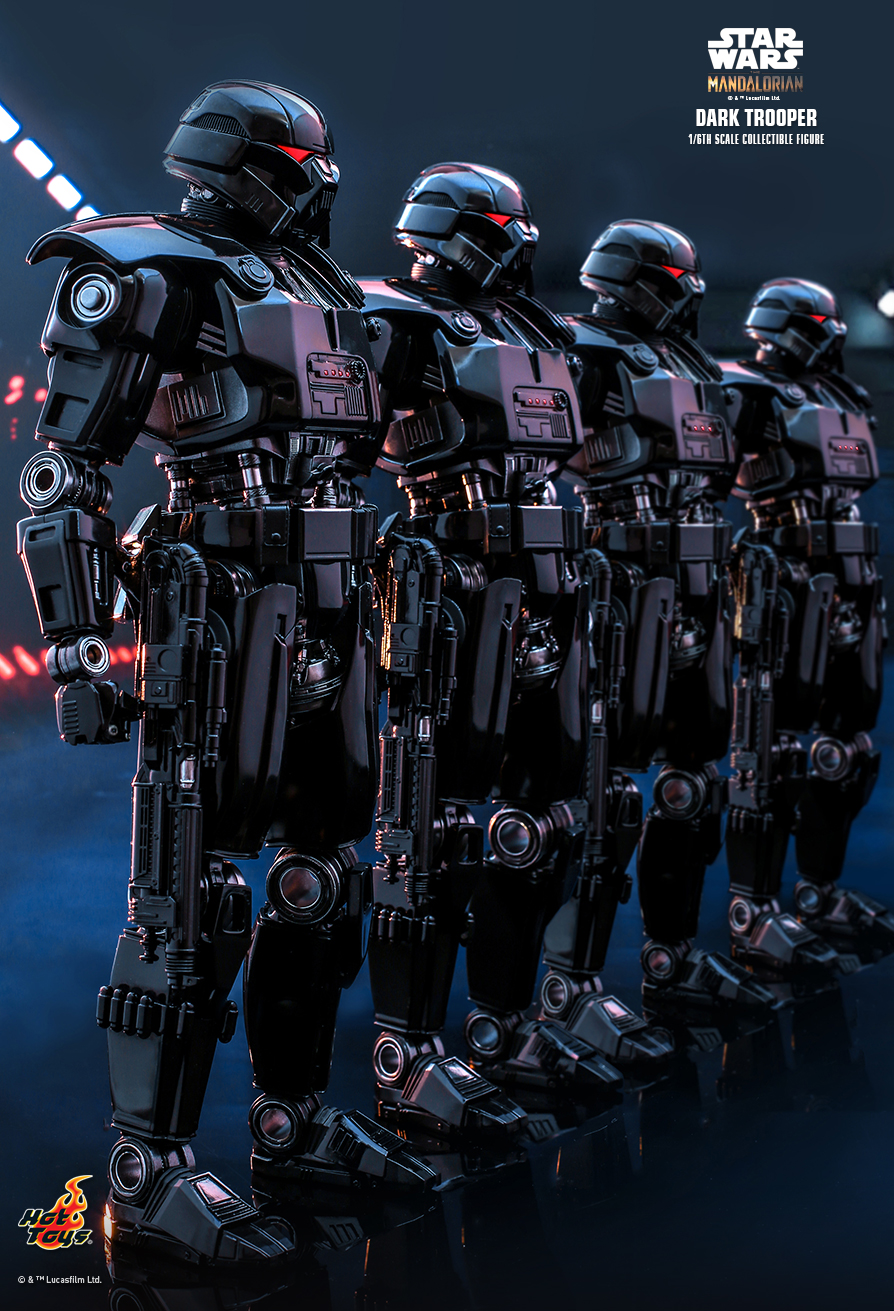 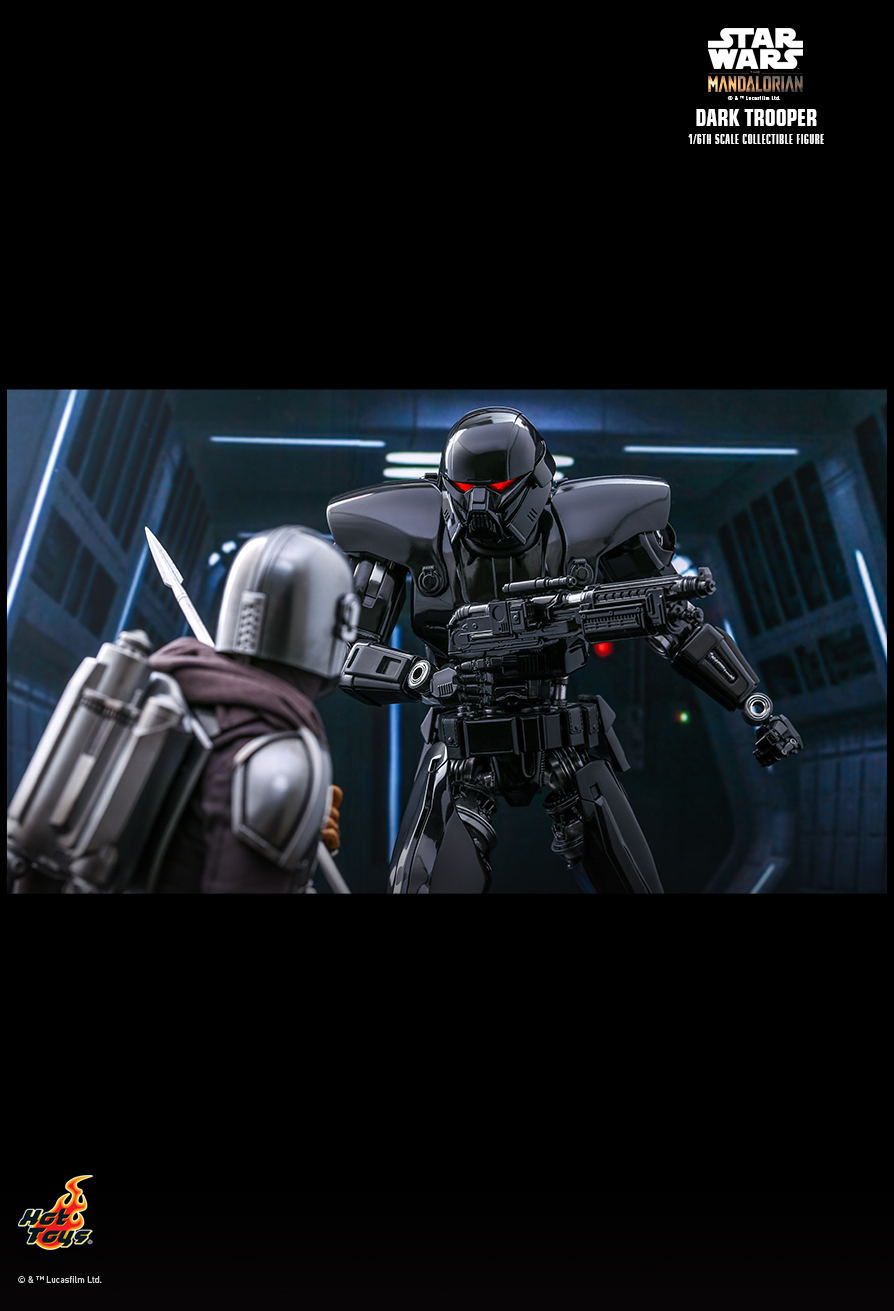 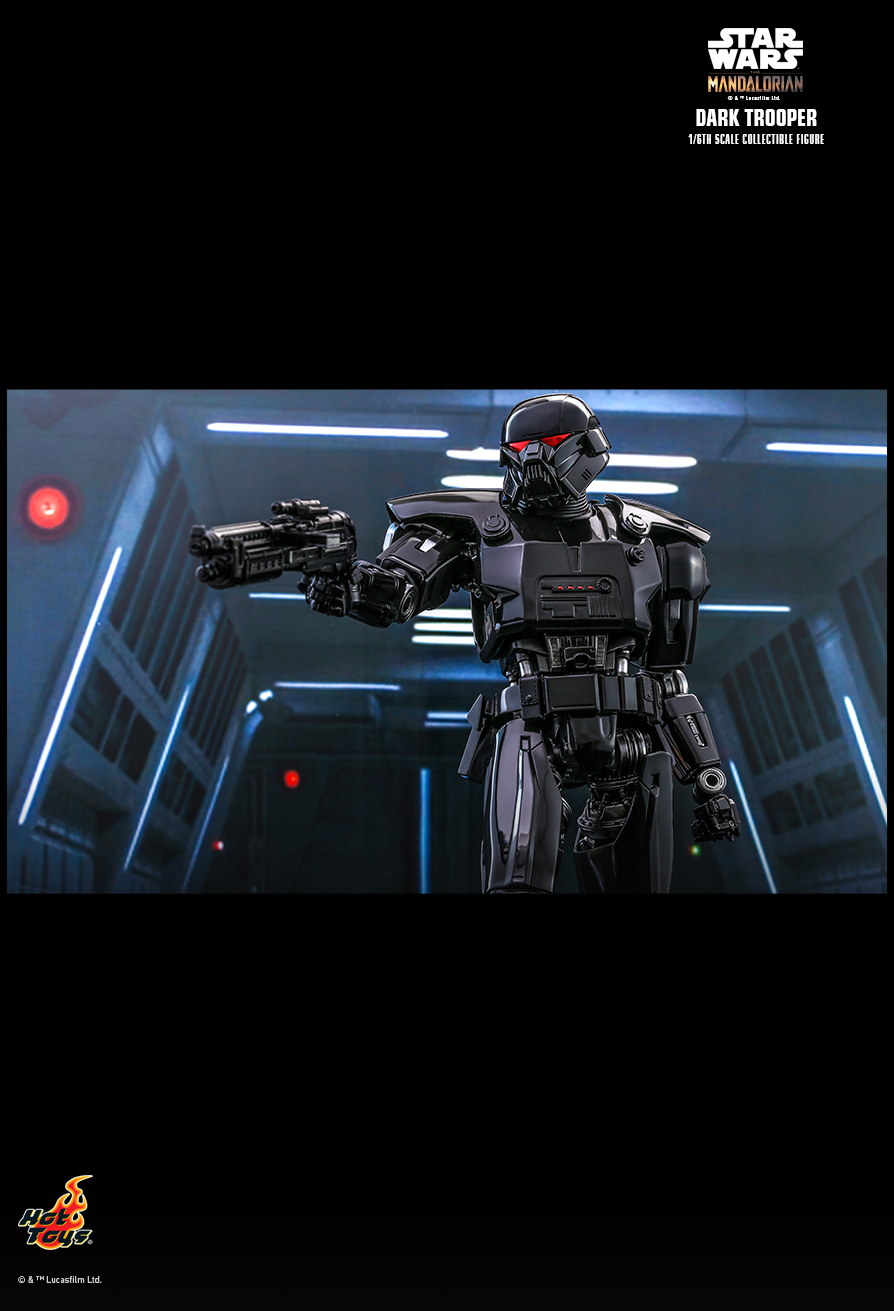 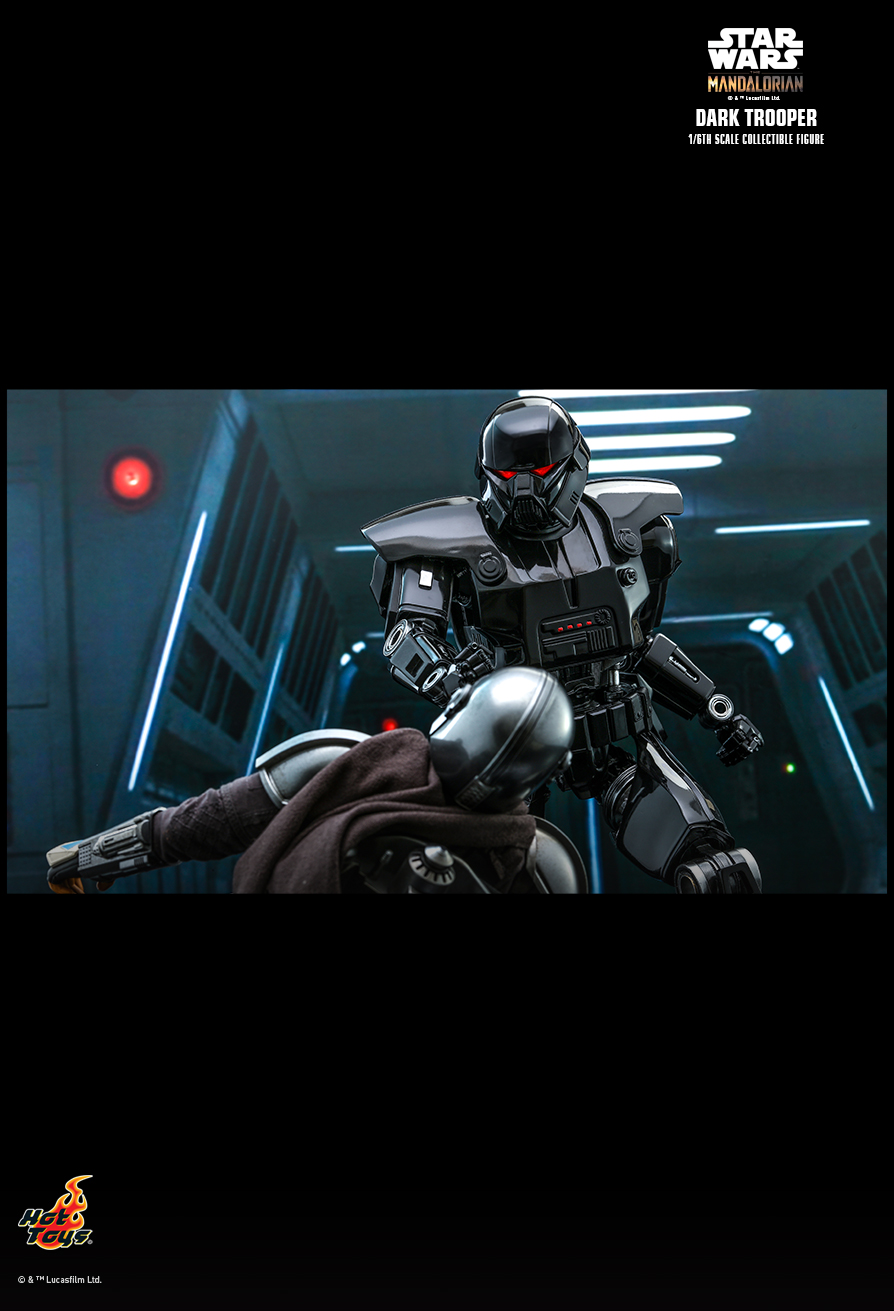 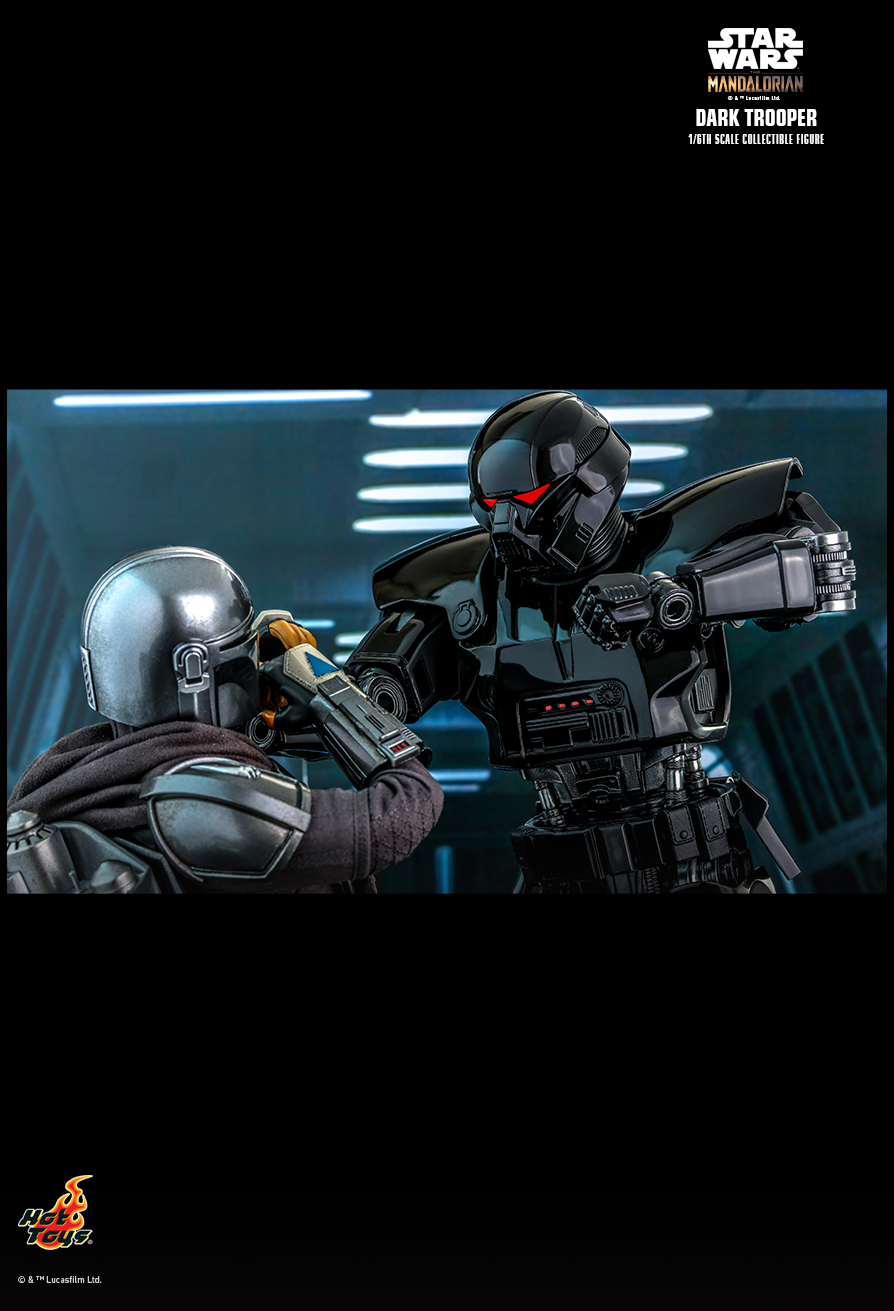 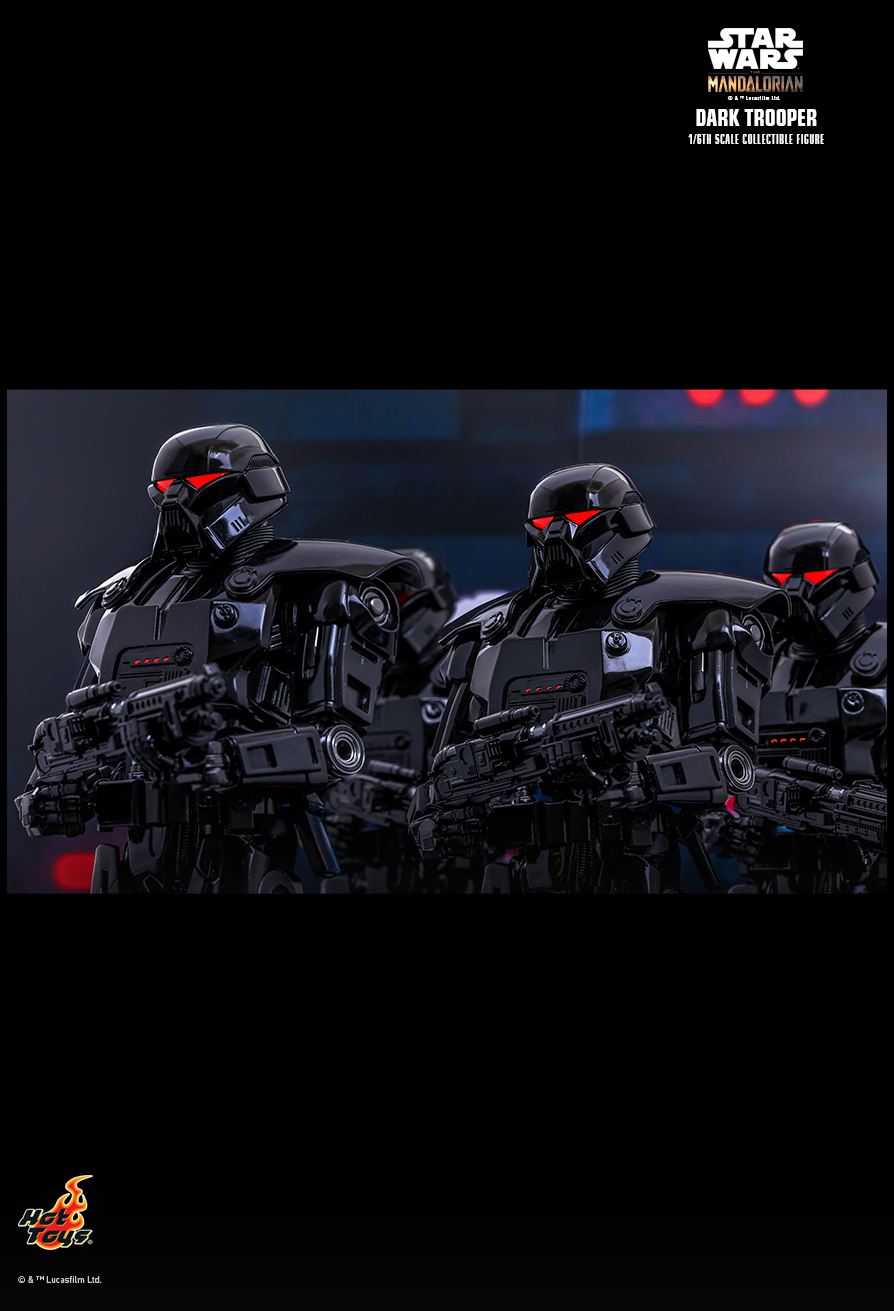 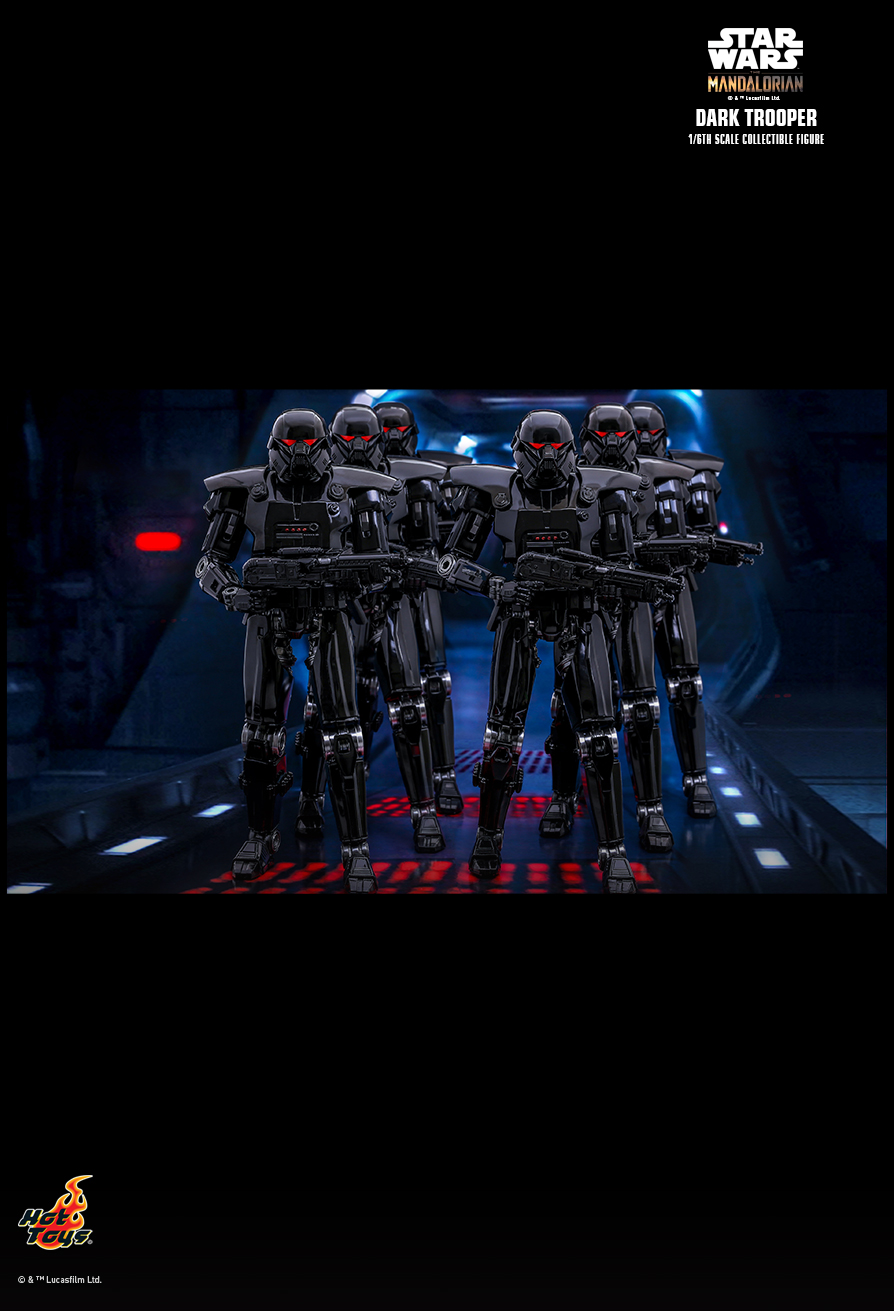 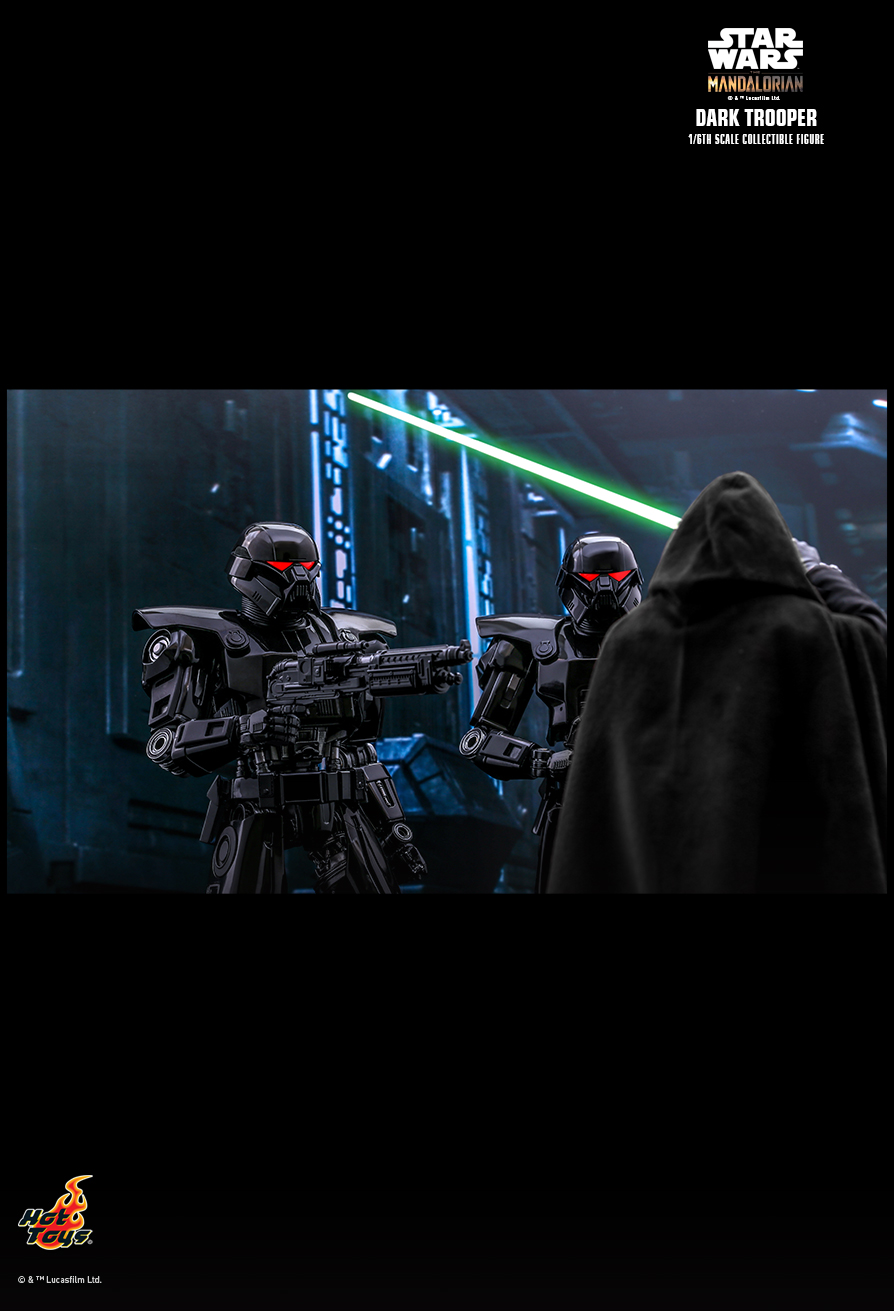 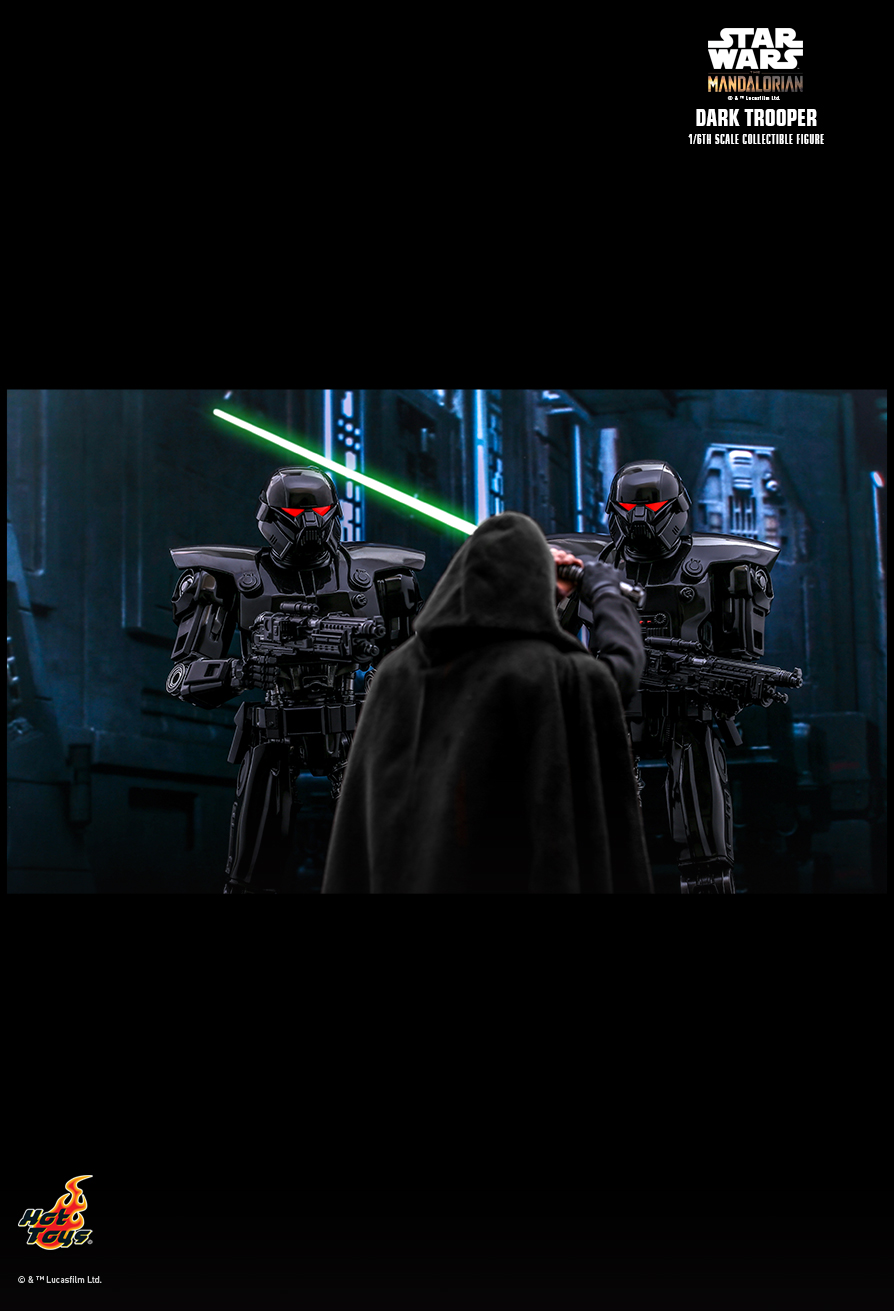 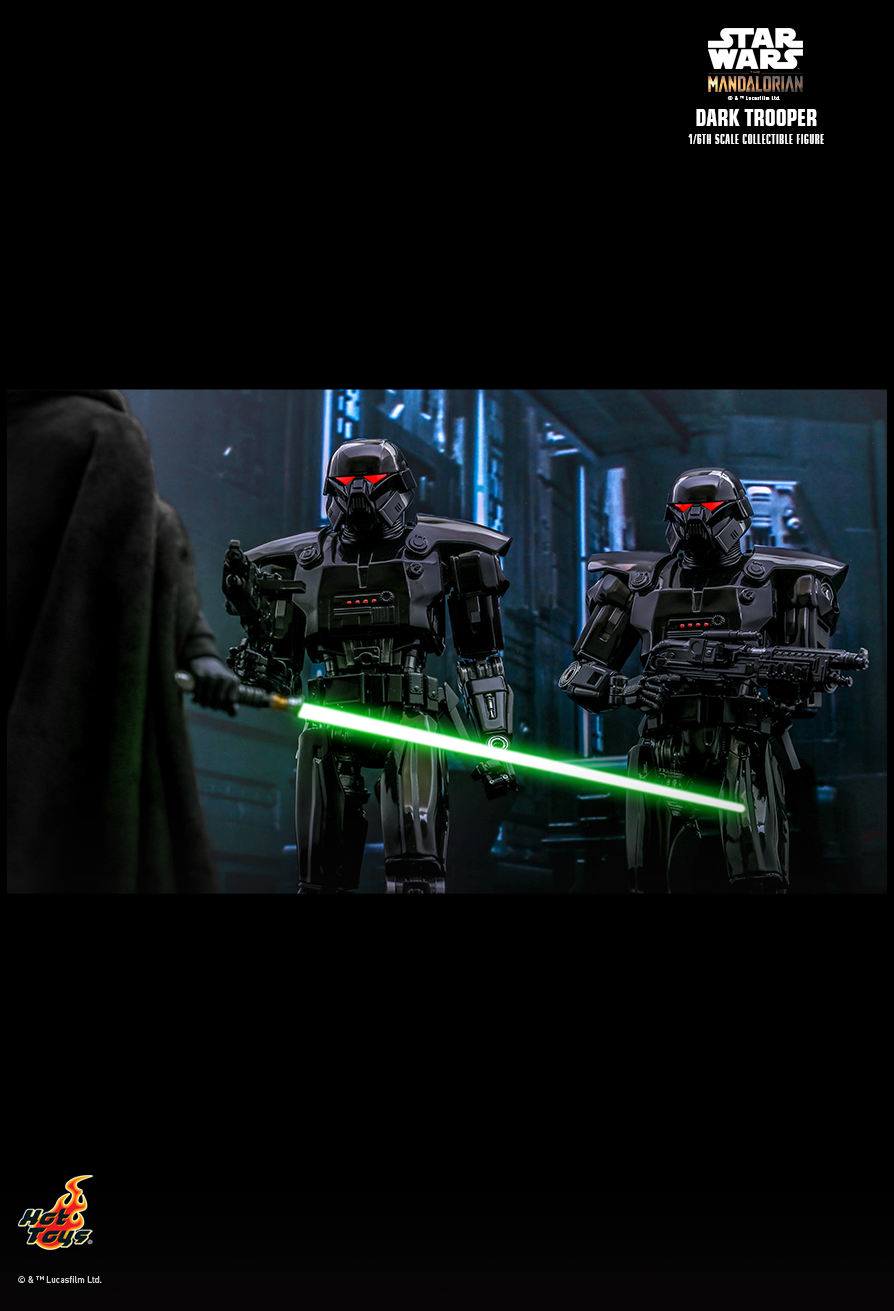 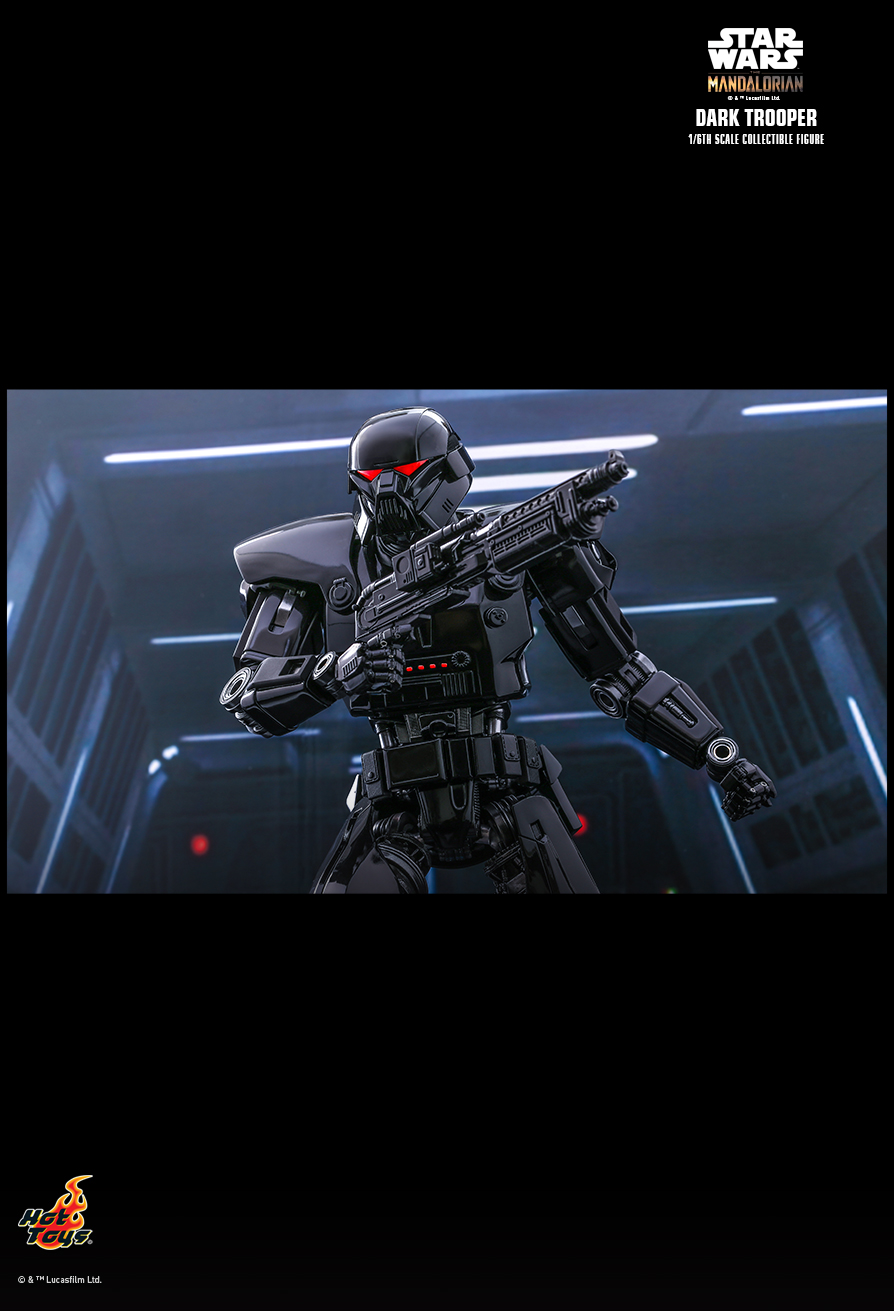 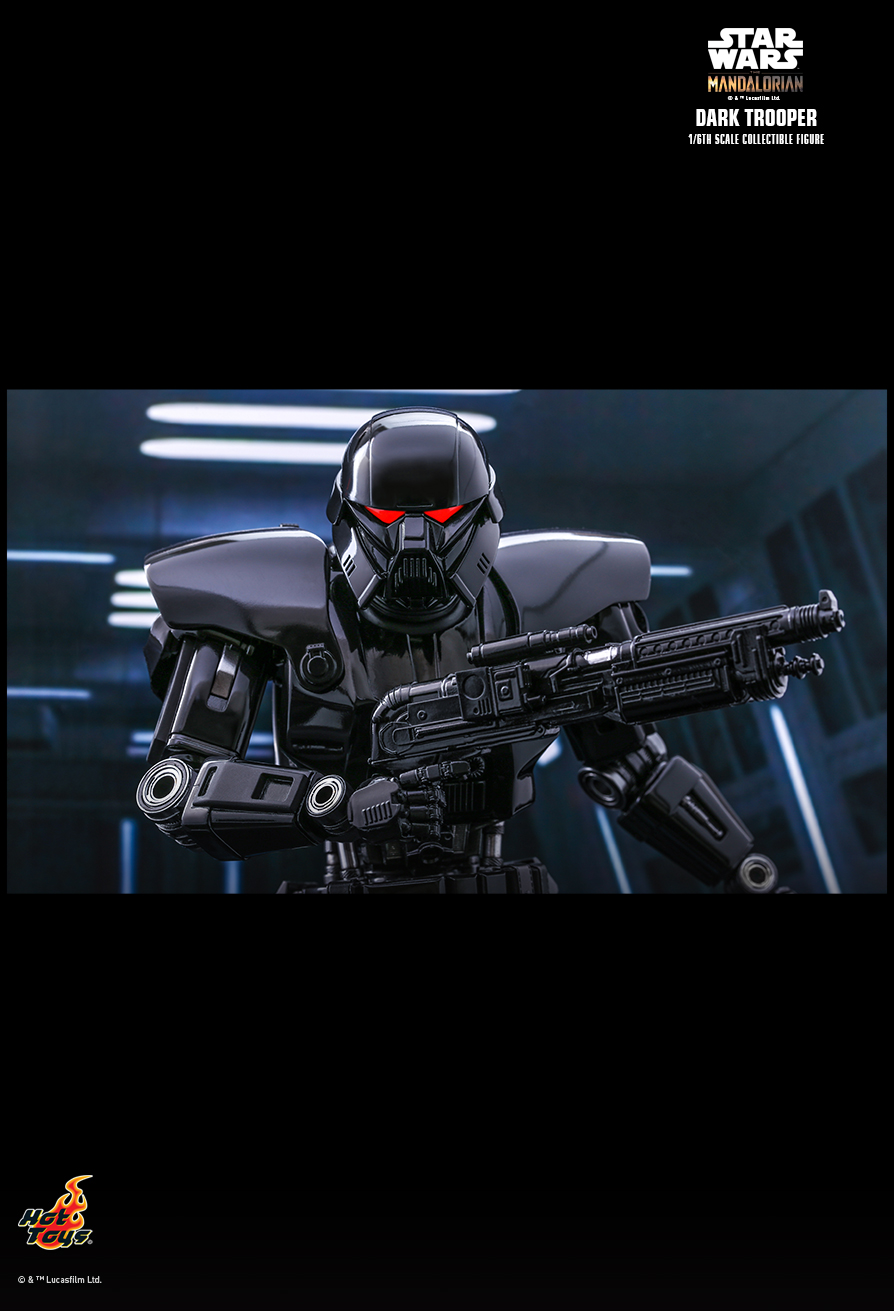 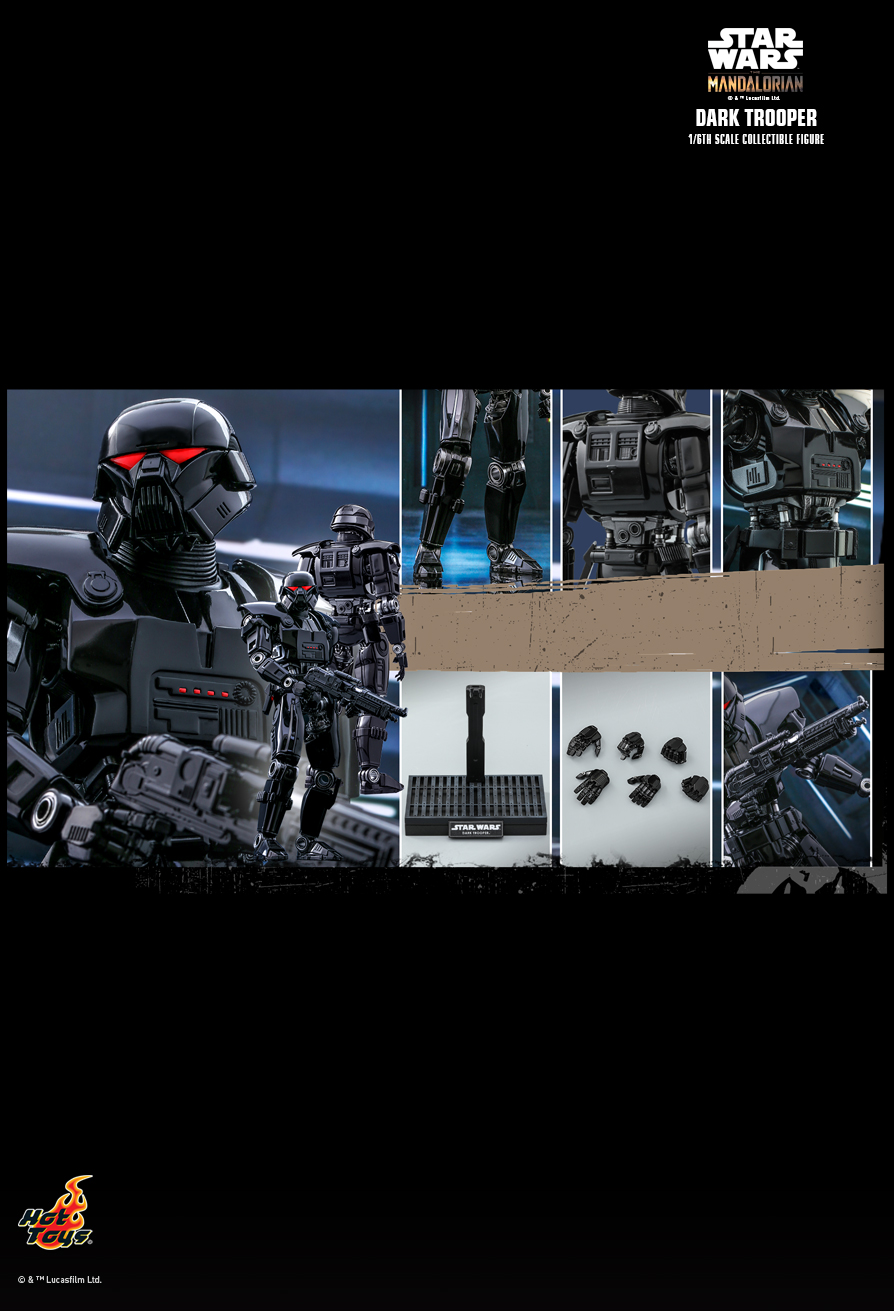 “You're about to face off with the Dark Troopers. You had your hands full with one. Let's see how you do against a platoon.” – Moff Gideon™

The third-generation design Dark Troopers are no longer suits. The human inside was the final weakness to be solved. They are now droids. These troopers proved to be very intimidating and dangerous as the Mandalorian struggled to defeat even one of these fearsome foes during his rescue mission of Grogu aboard from Moff Gideon’s ship.

The highly-accurate collectible figure is skillfully crafted based on the Dark Trooper as seen in the hit Star Wars™ series. It features highly detailed helmet and mechanical armor parts, specially applied black armor painting, LED light-up functions, a blaster, and a display base!

This menacing trooper will surely be a welcomed addition to any Star Wars collection! 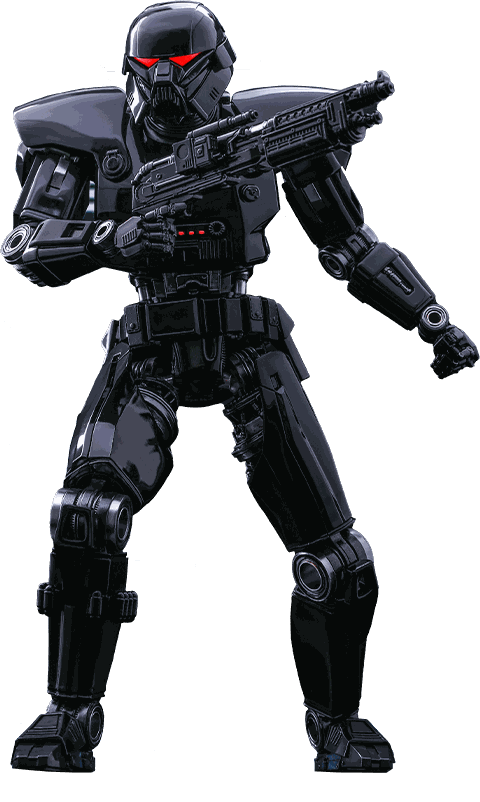