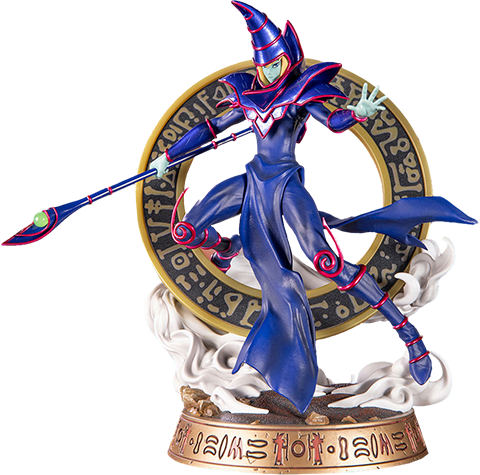 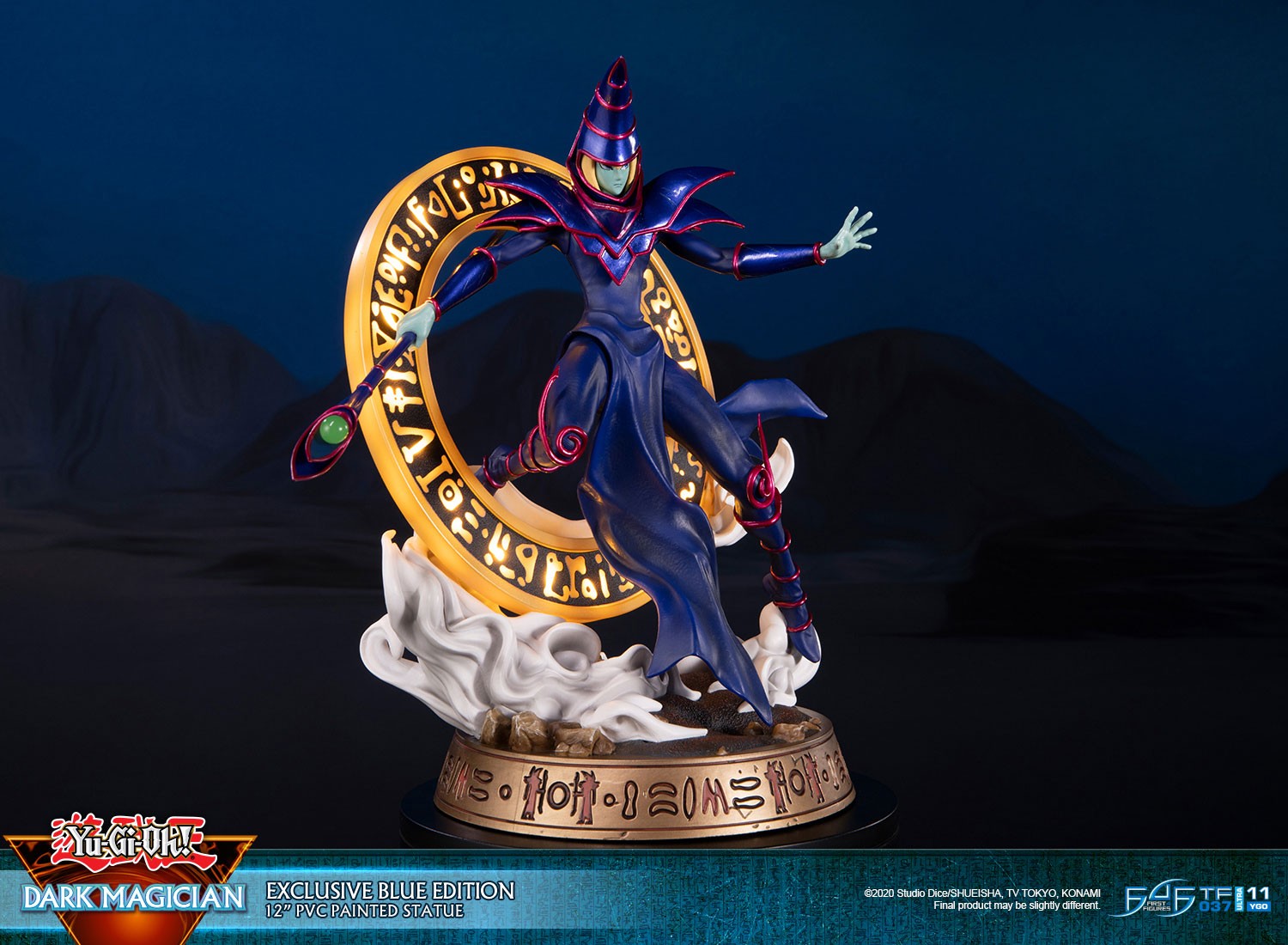 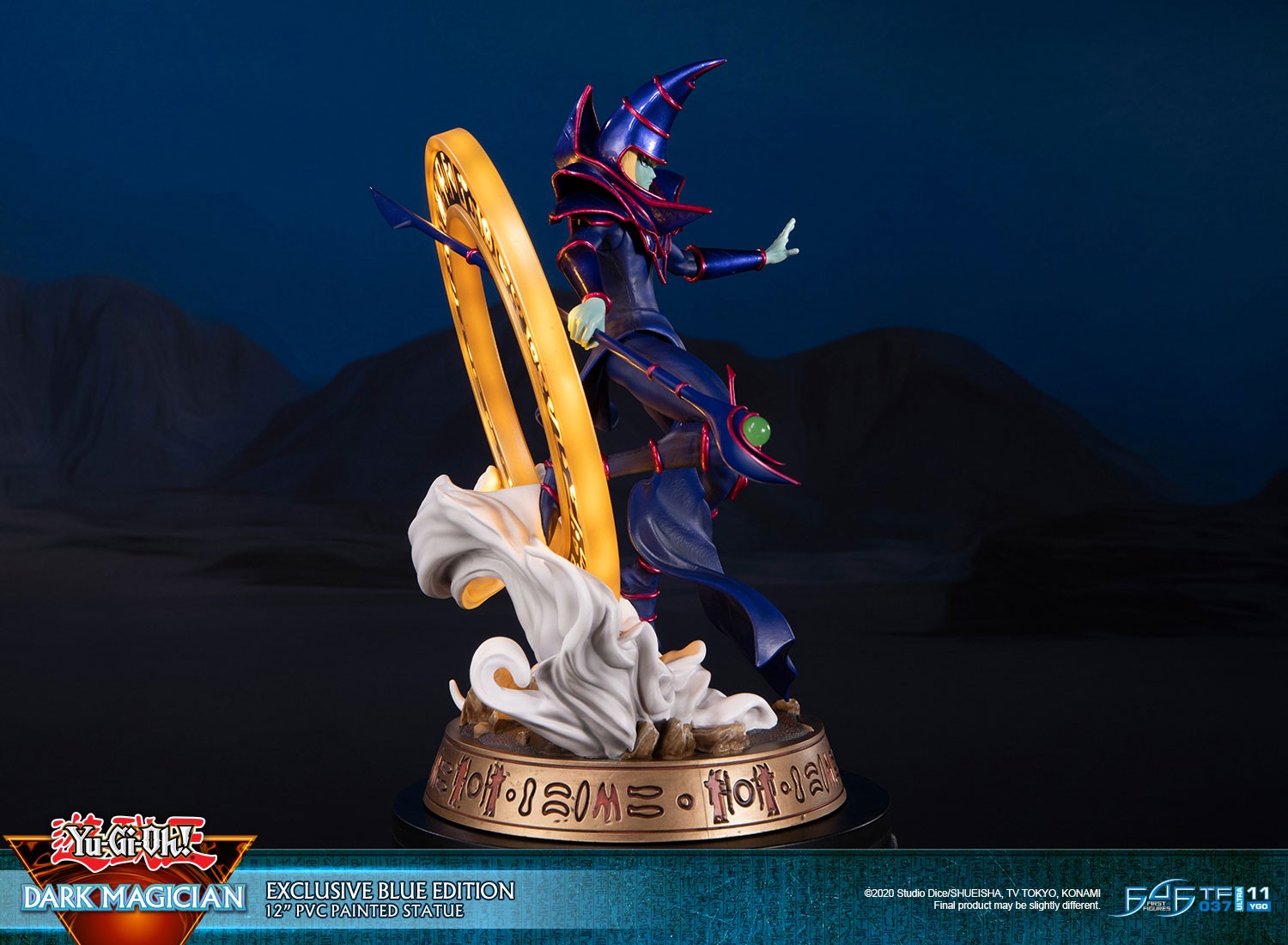 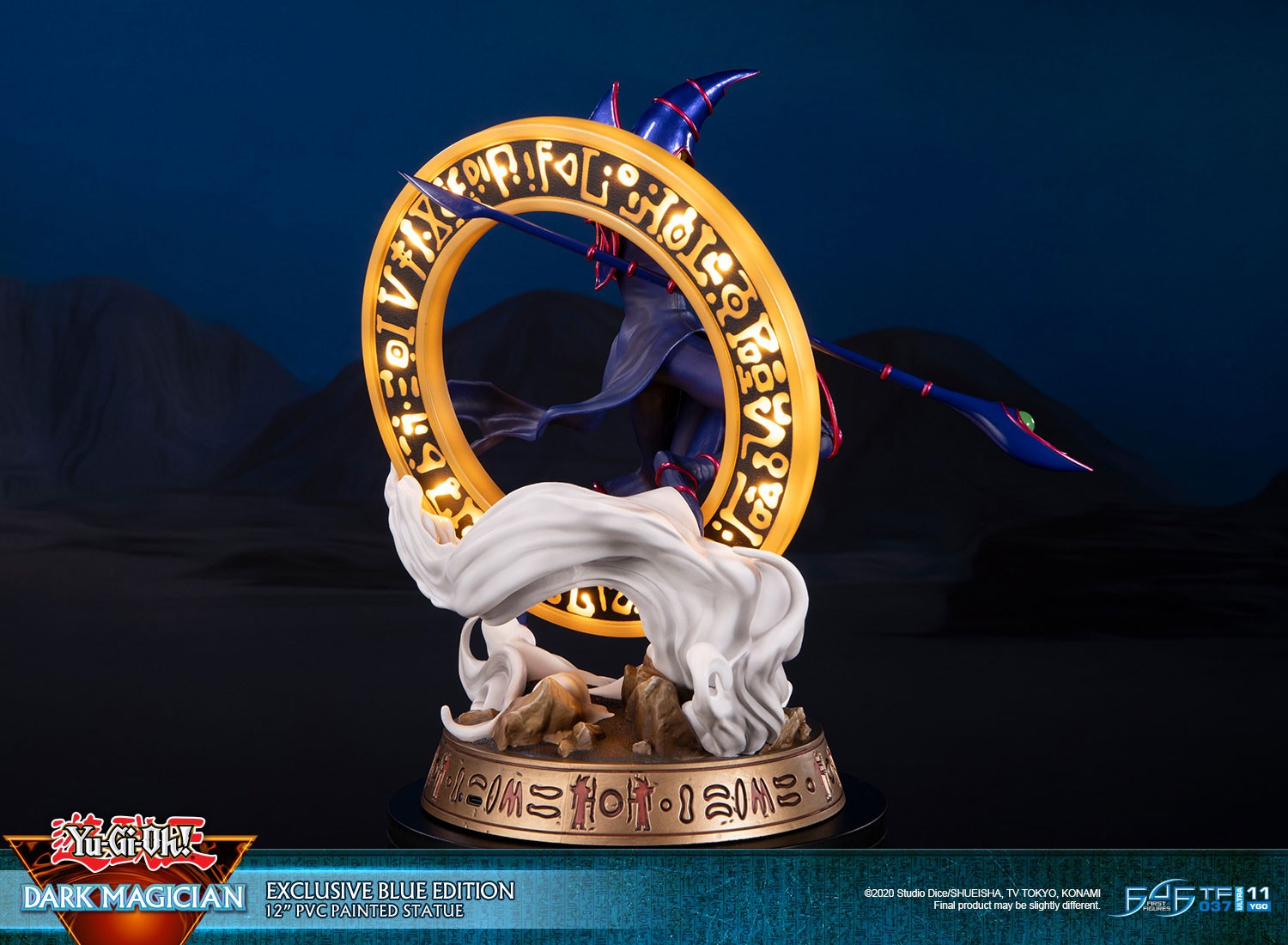 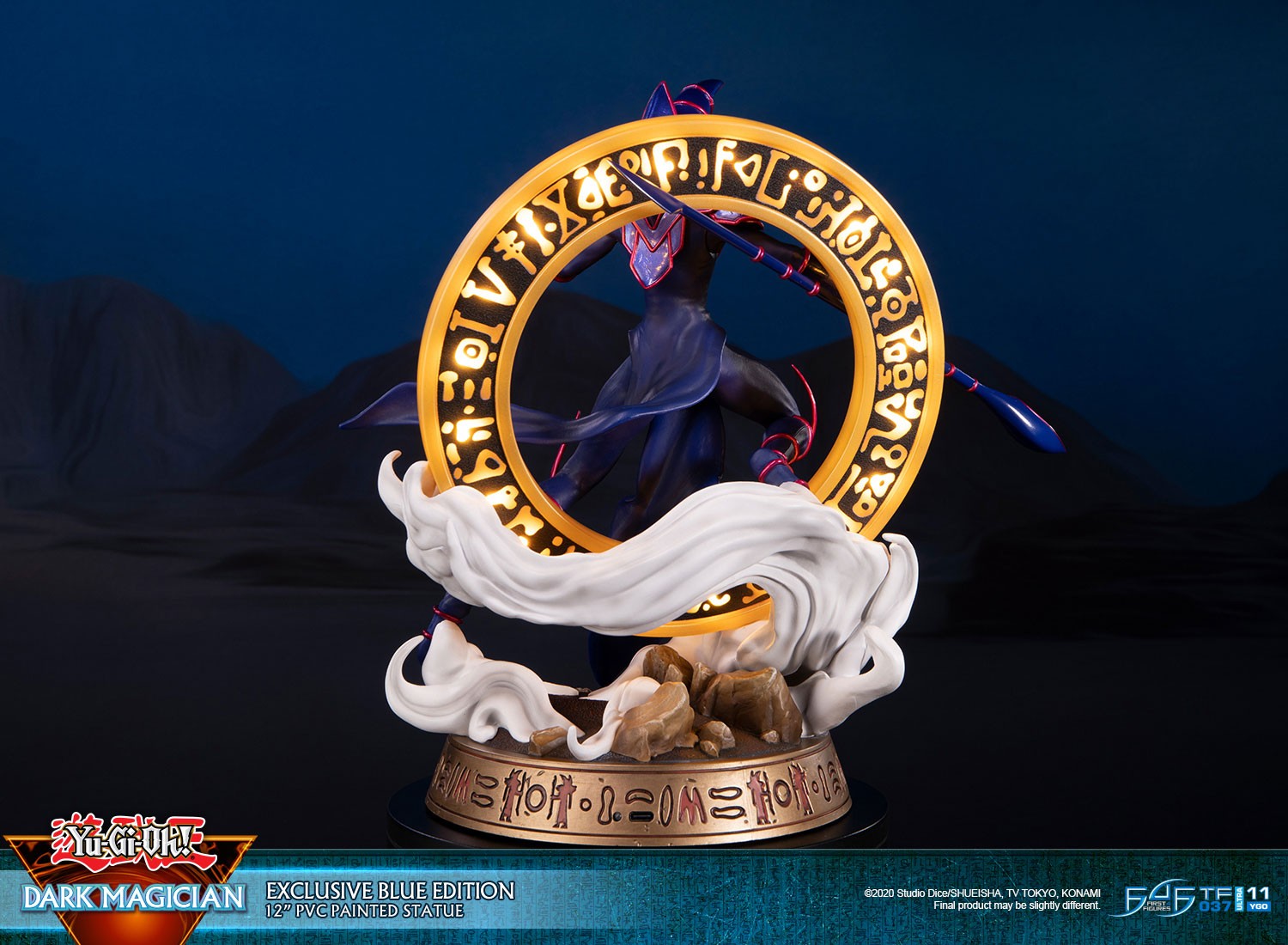 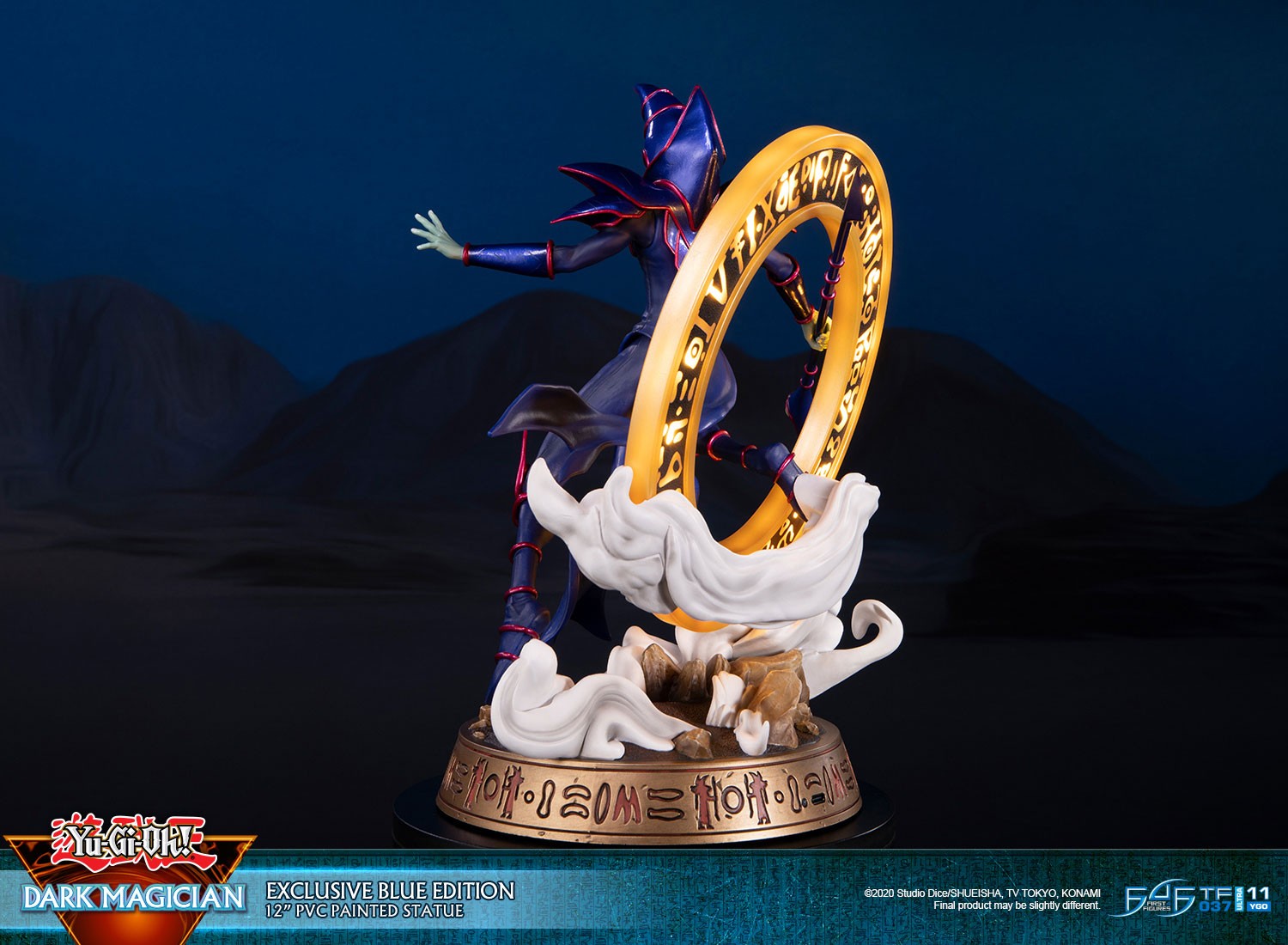 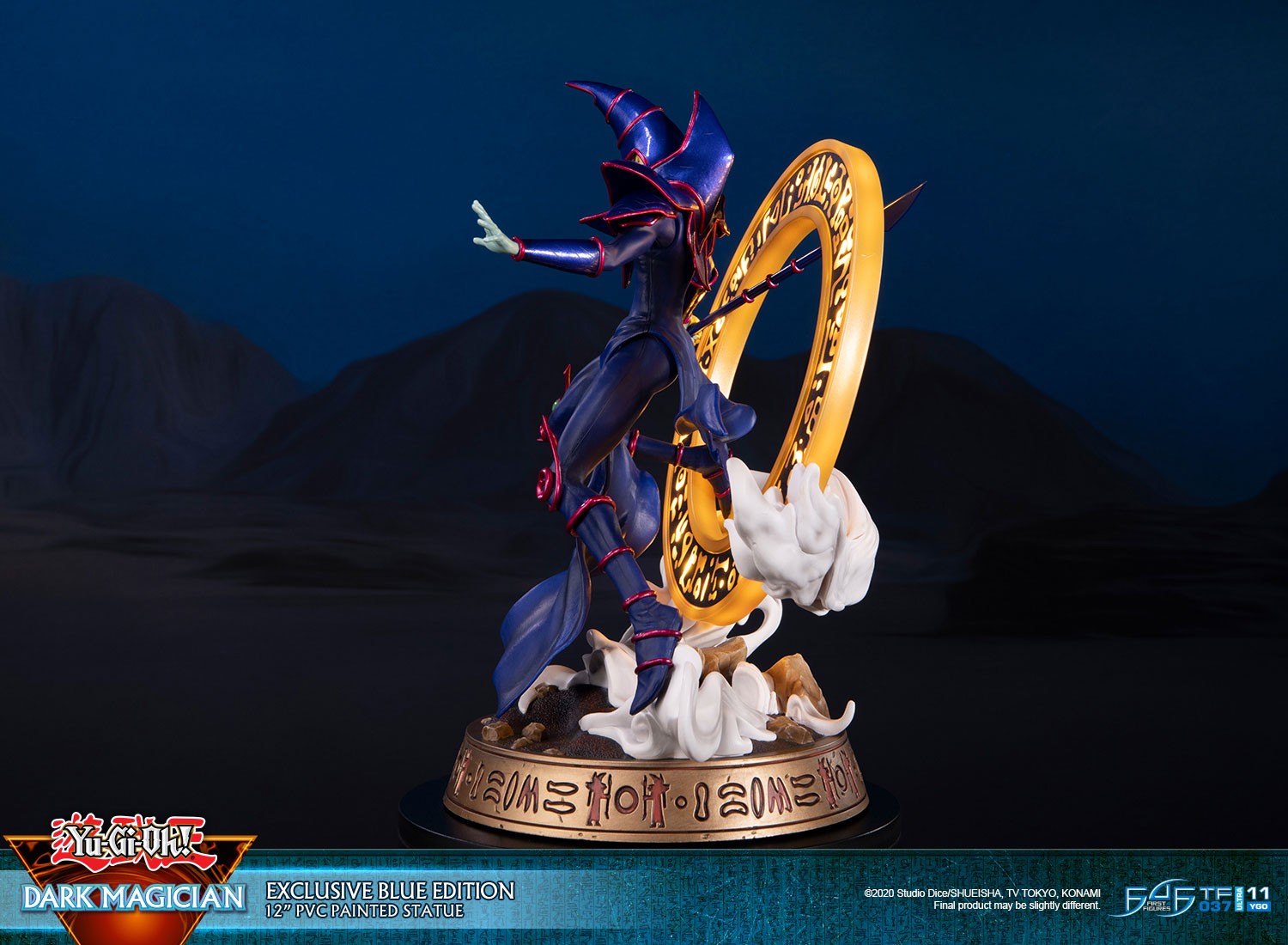 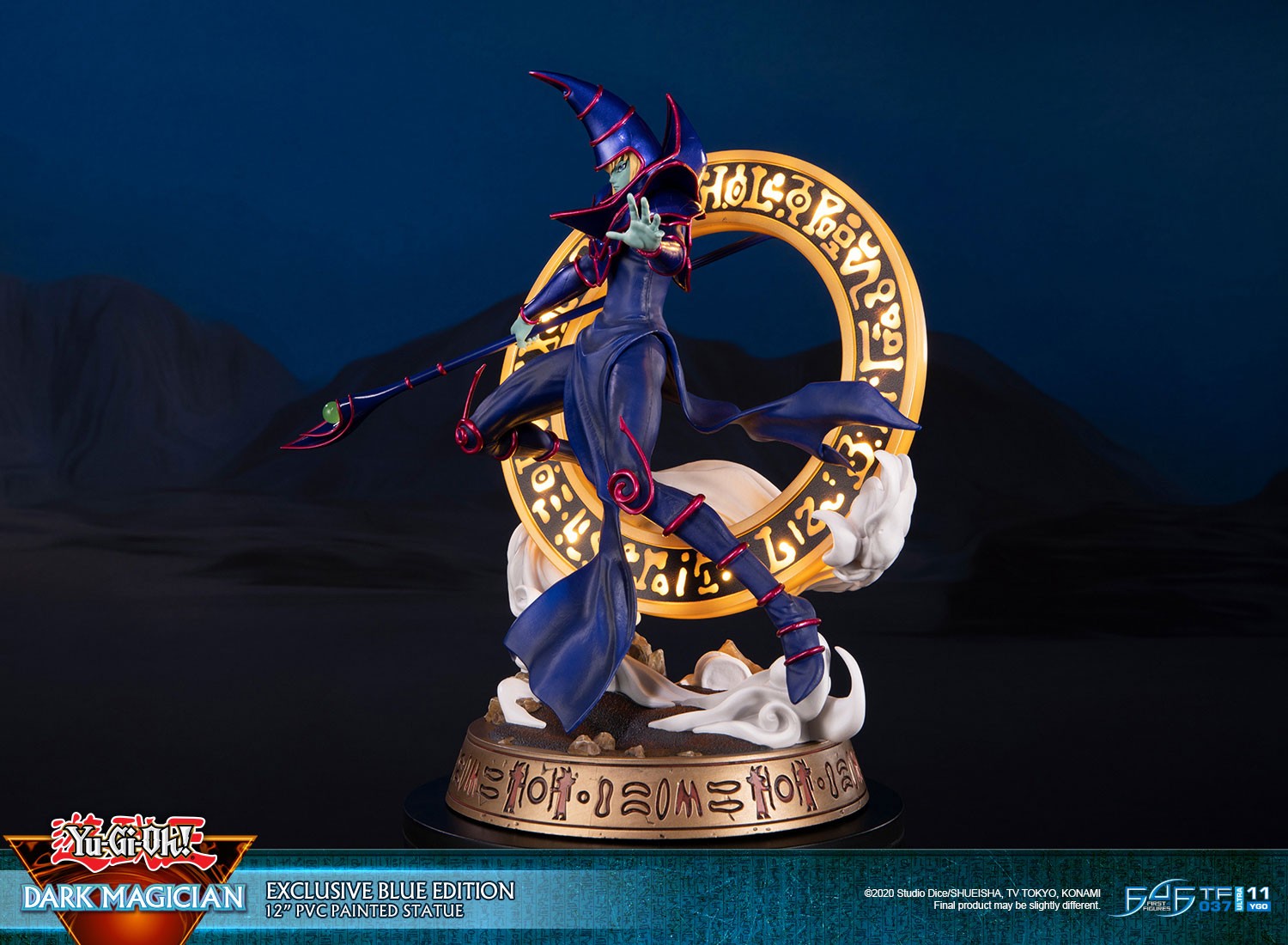 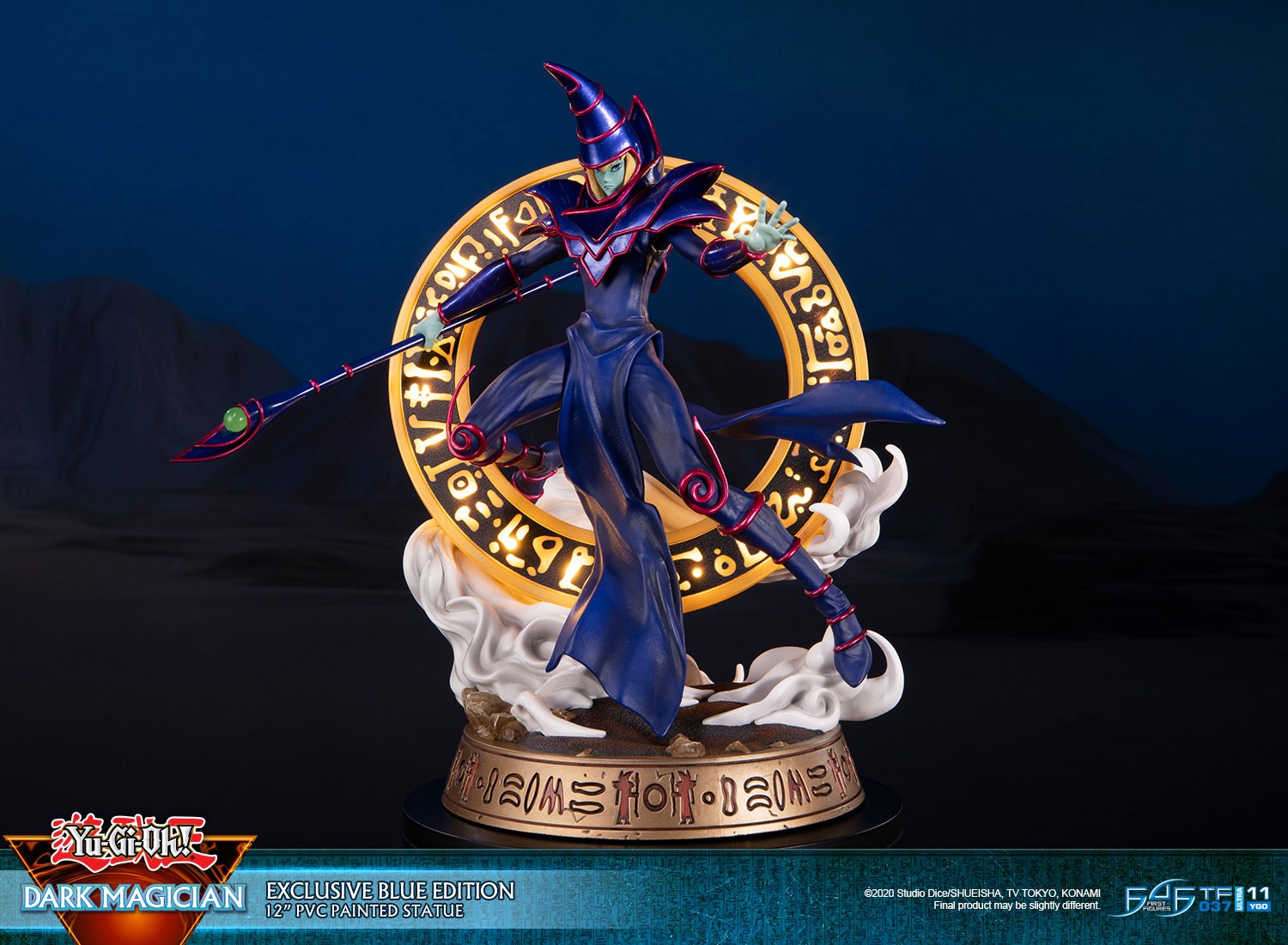 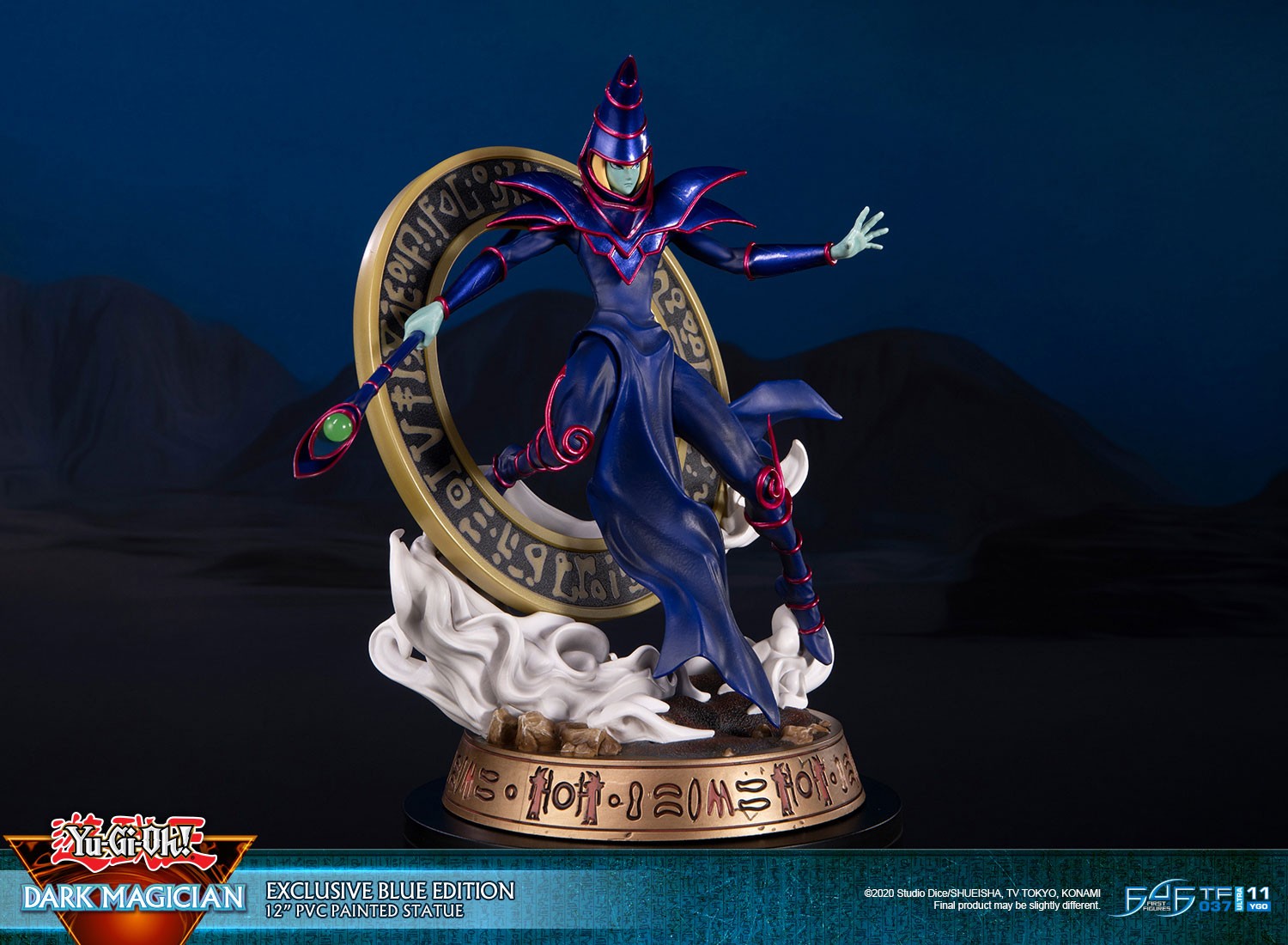 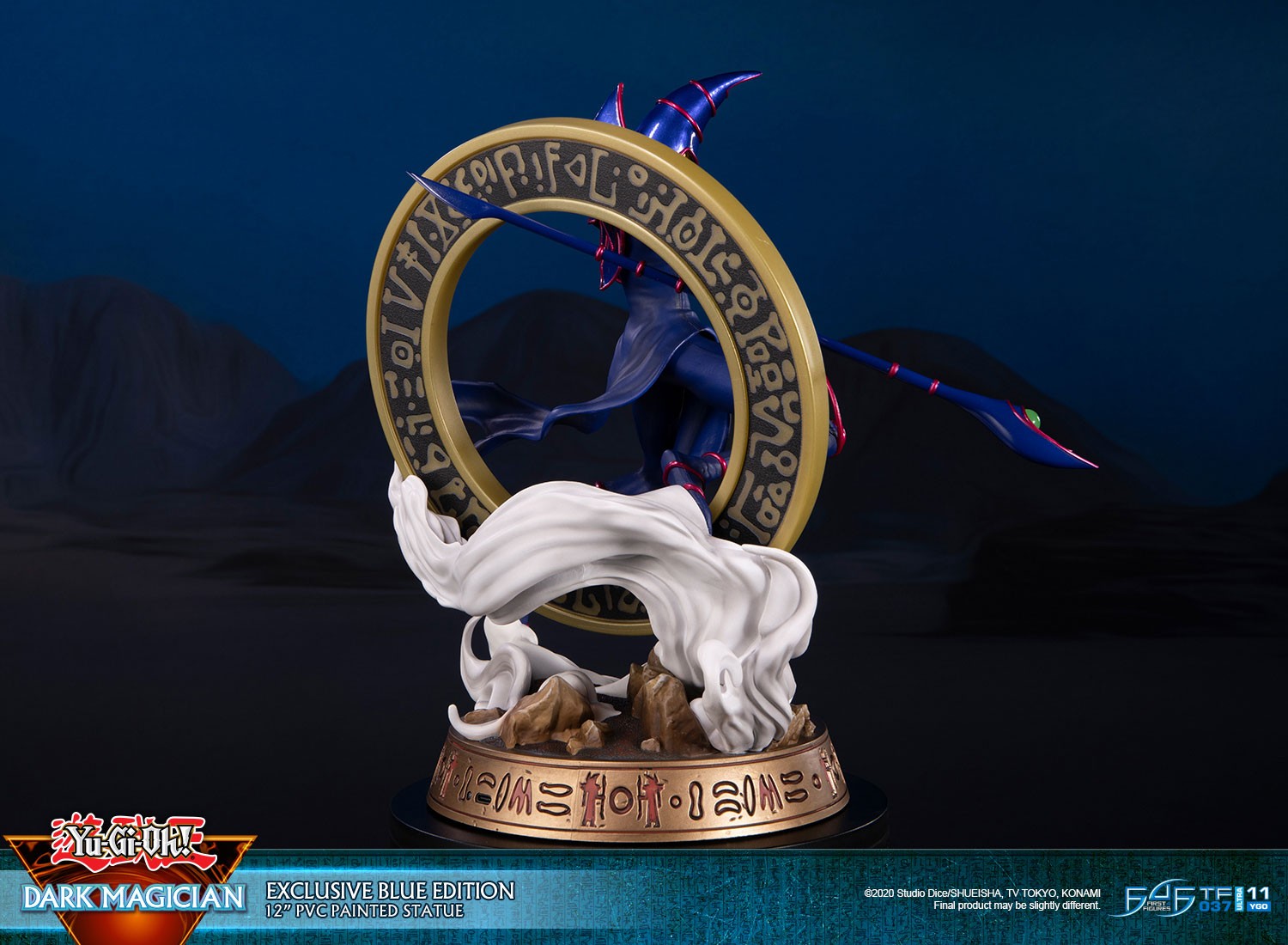 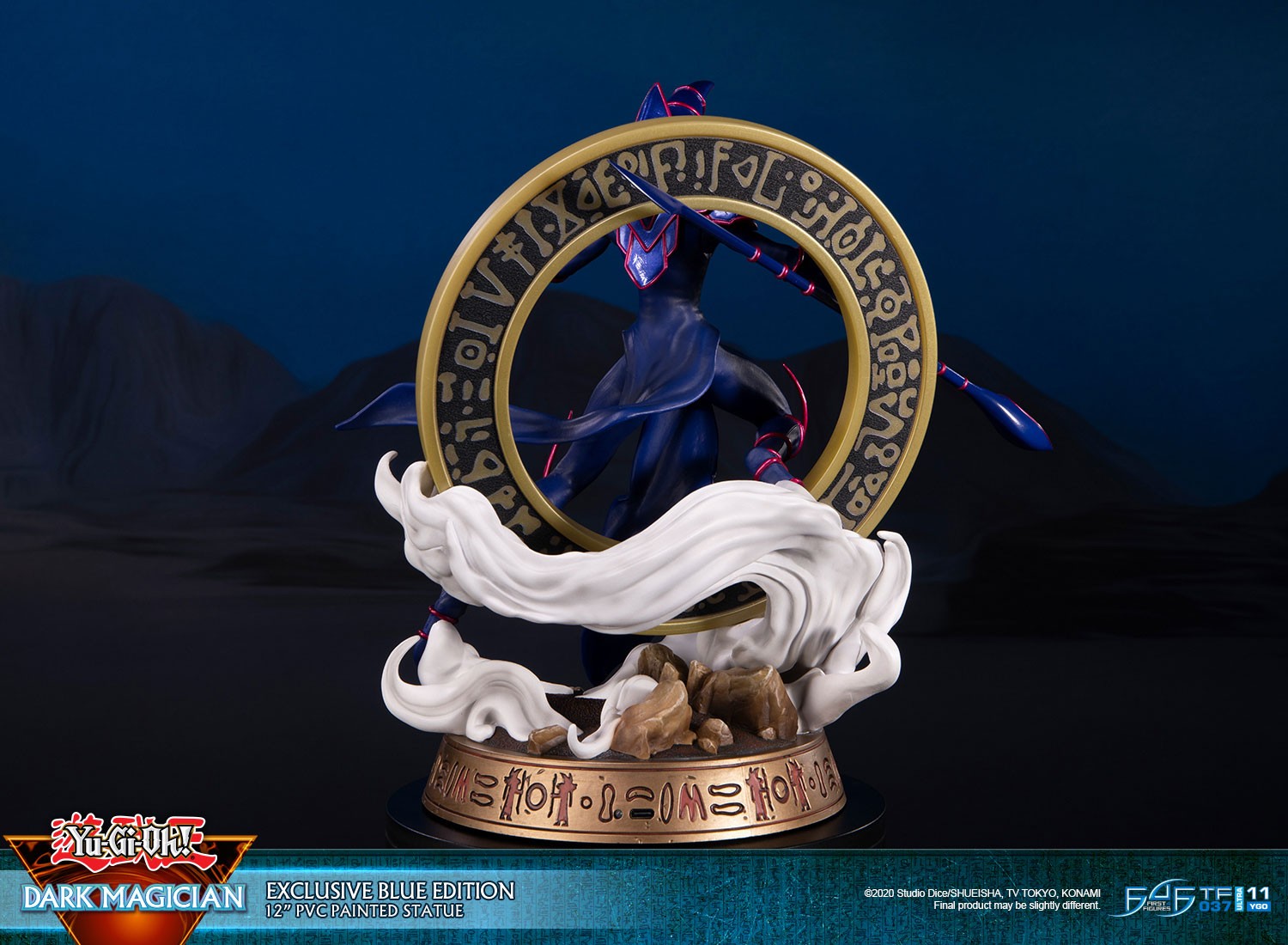 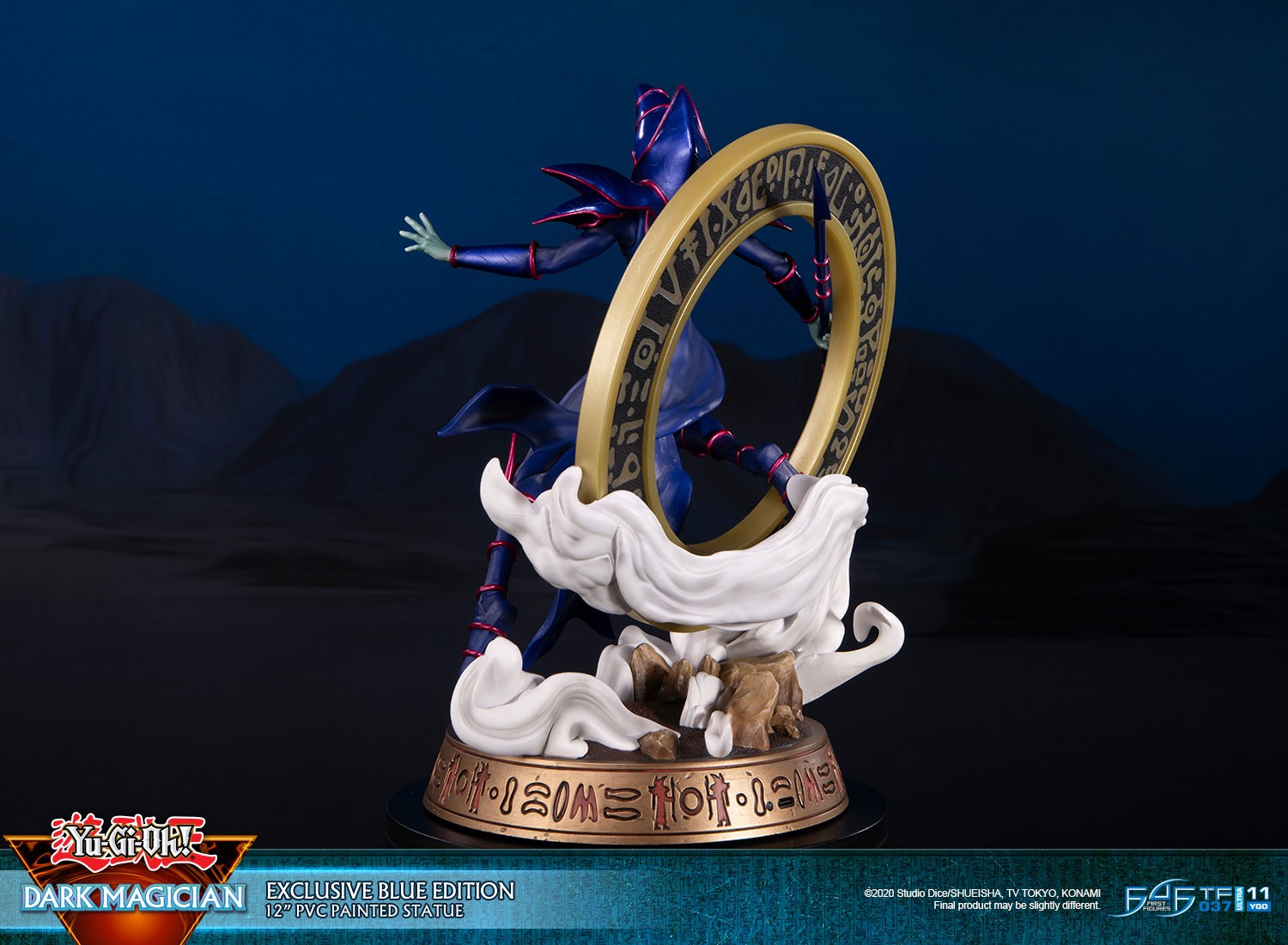 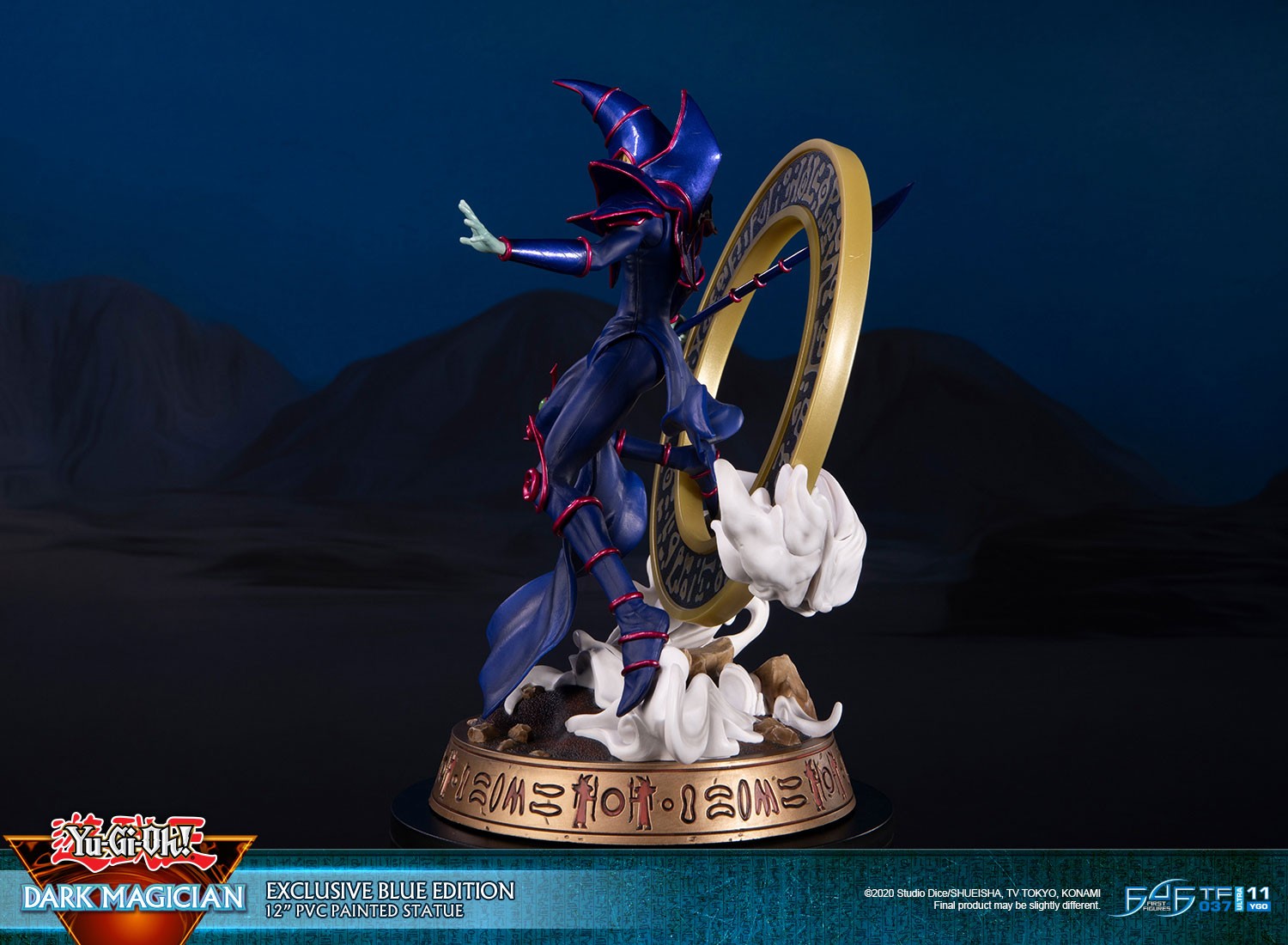 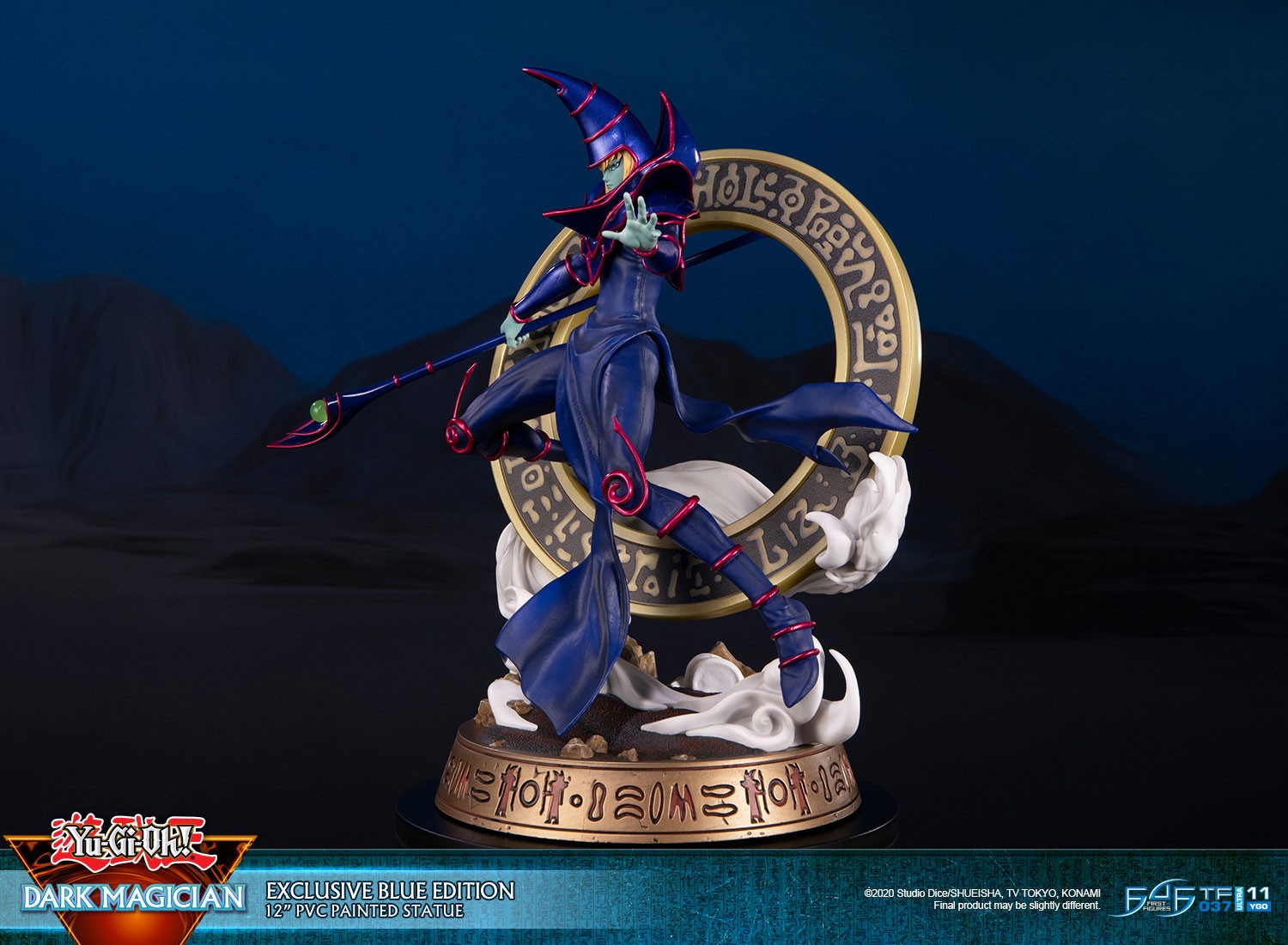 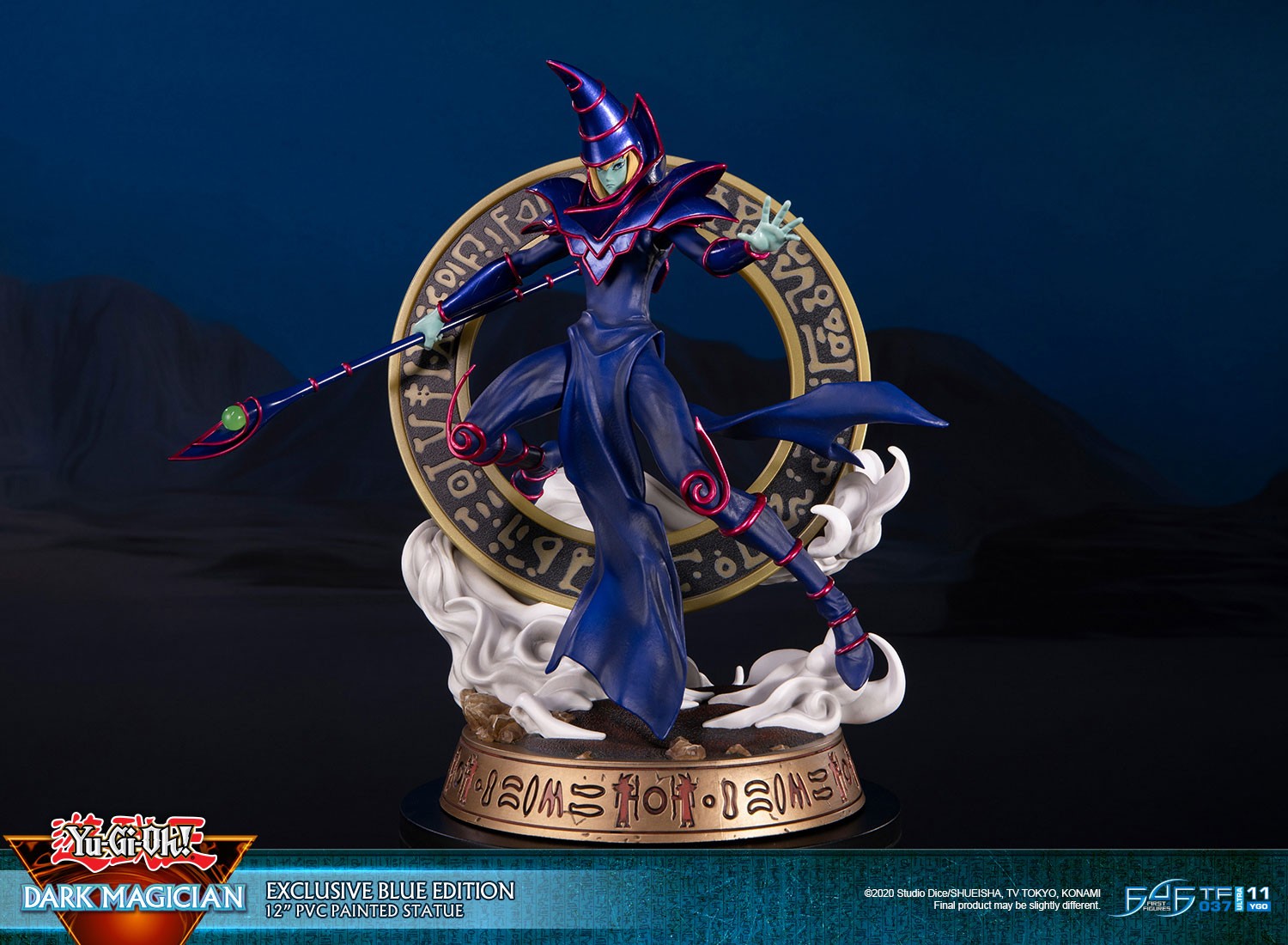 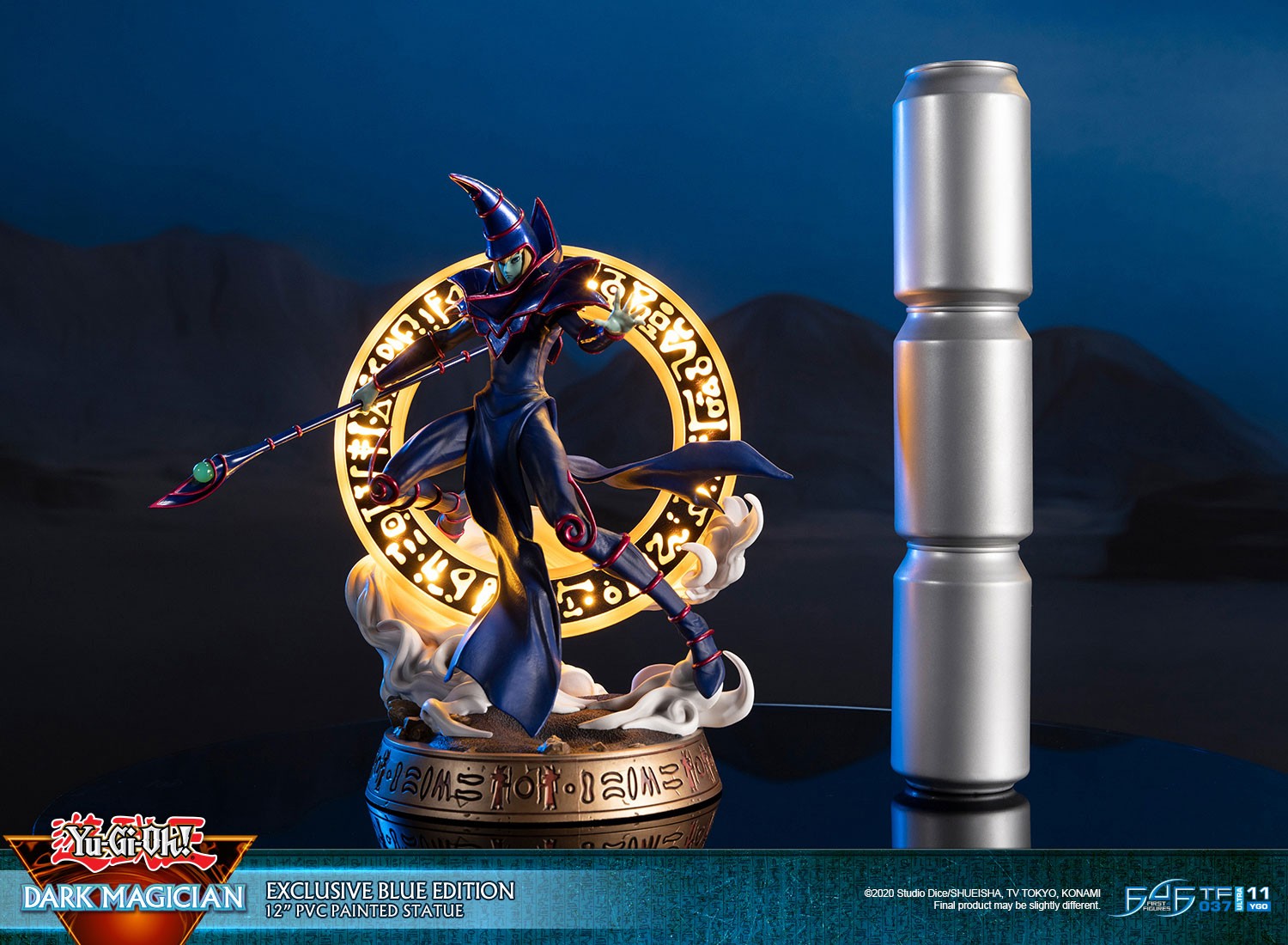 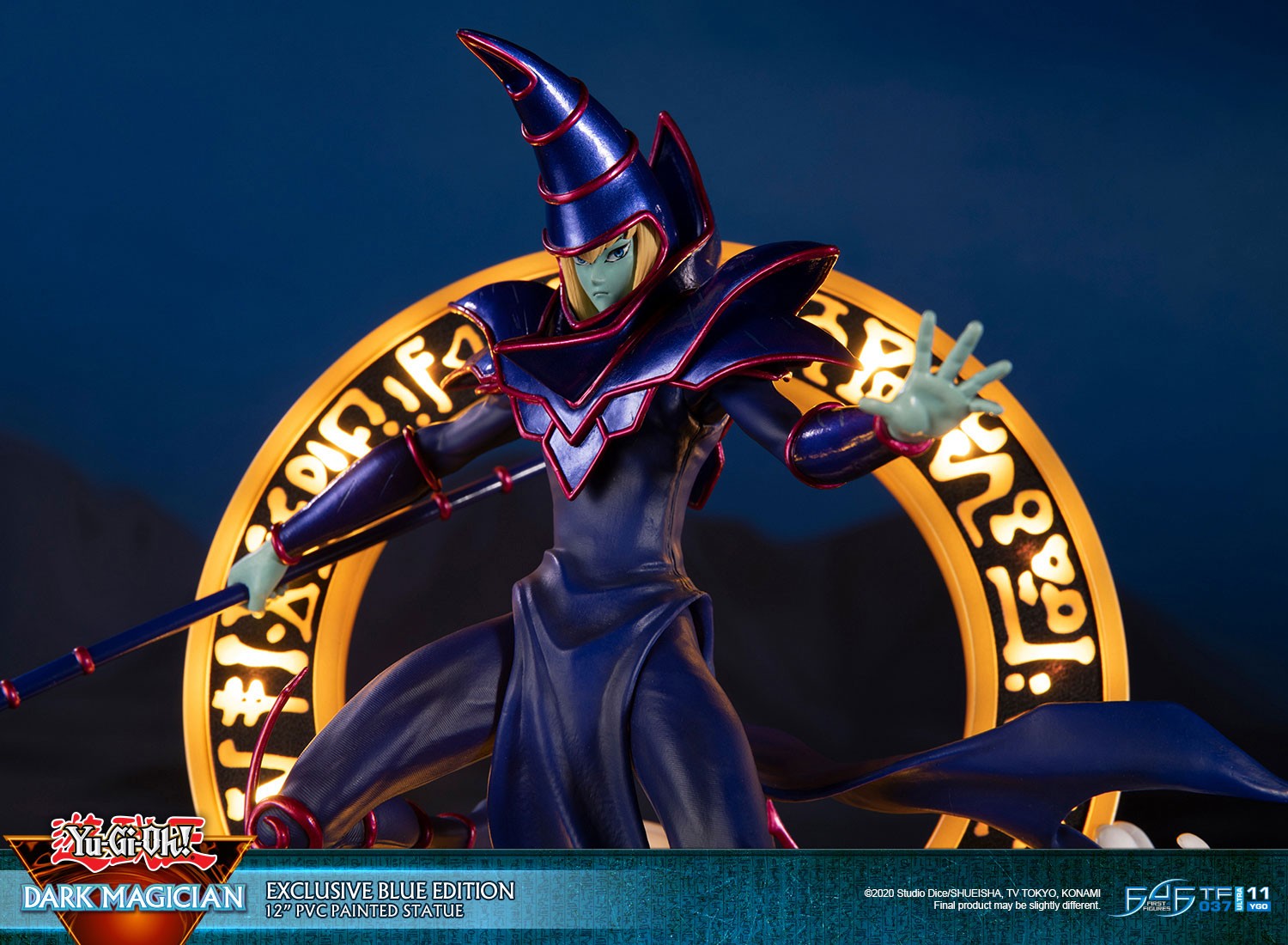 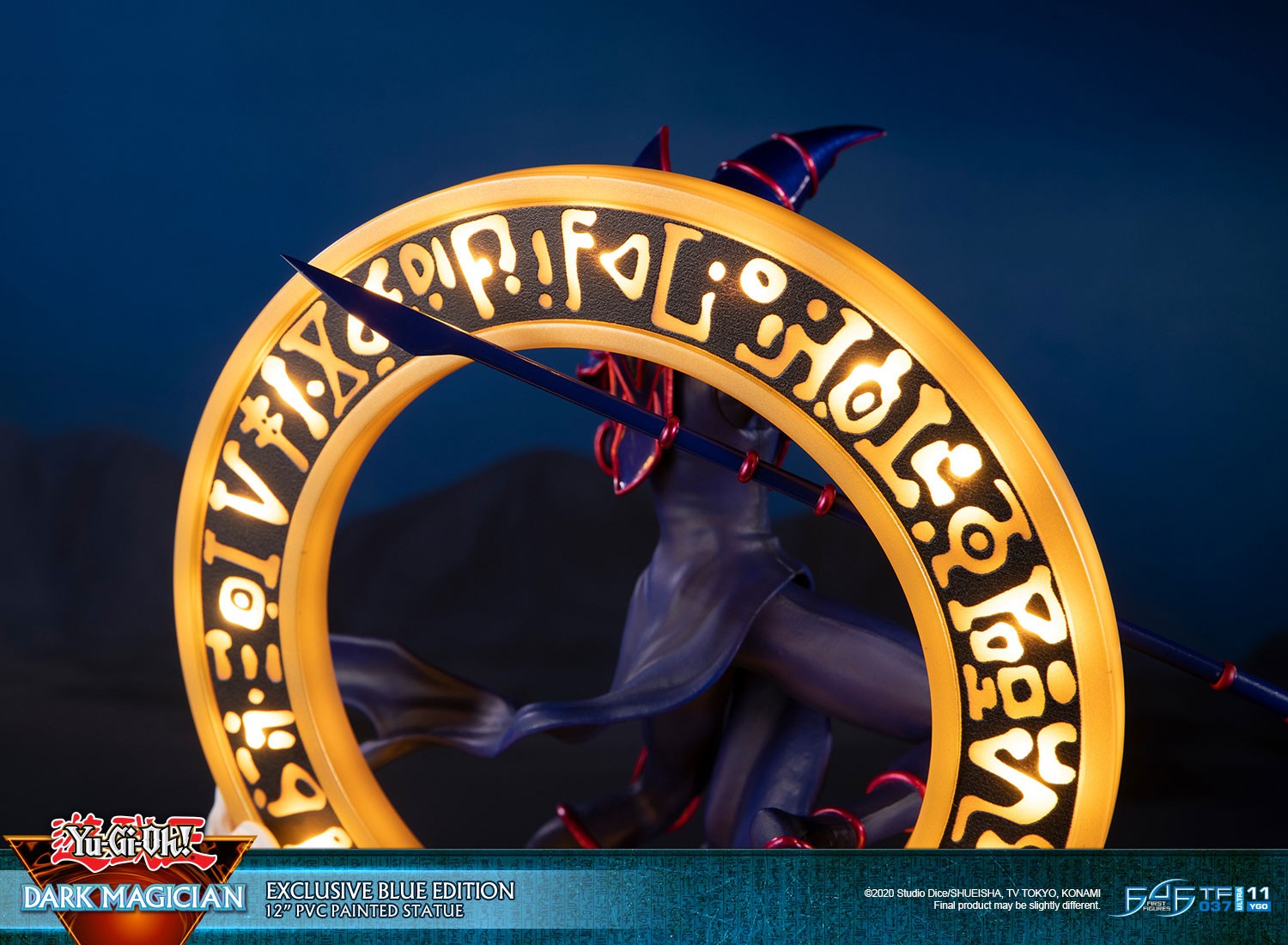 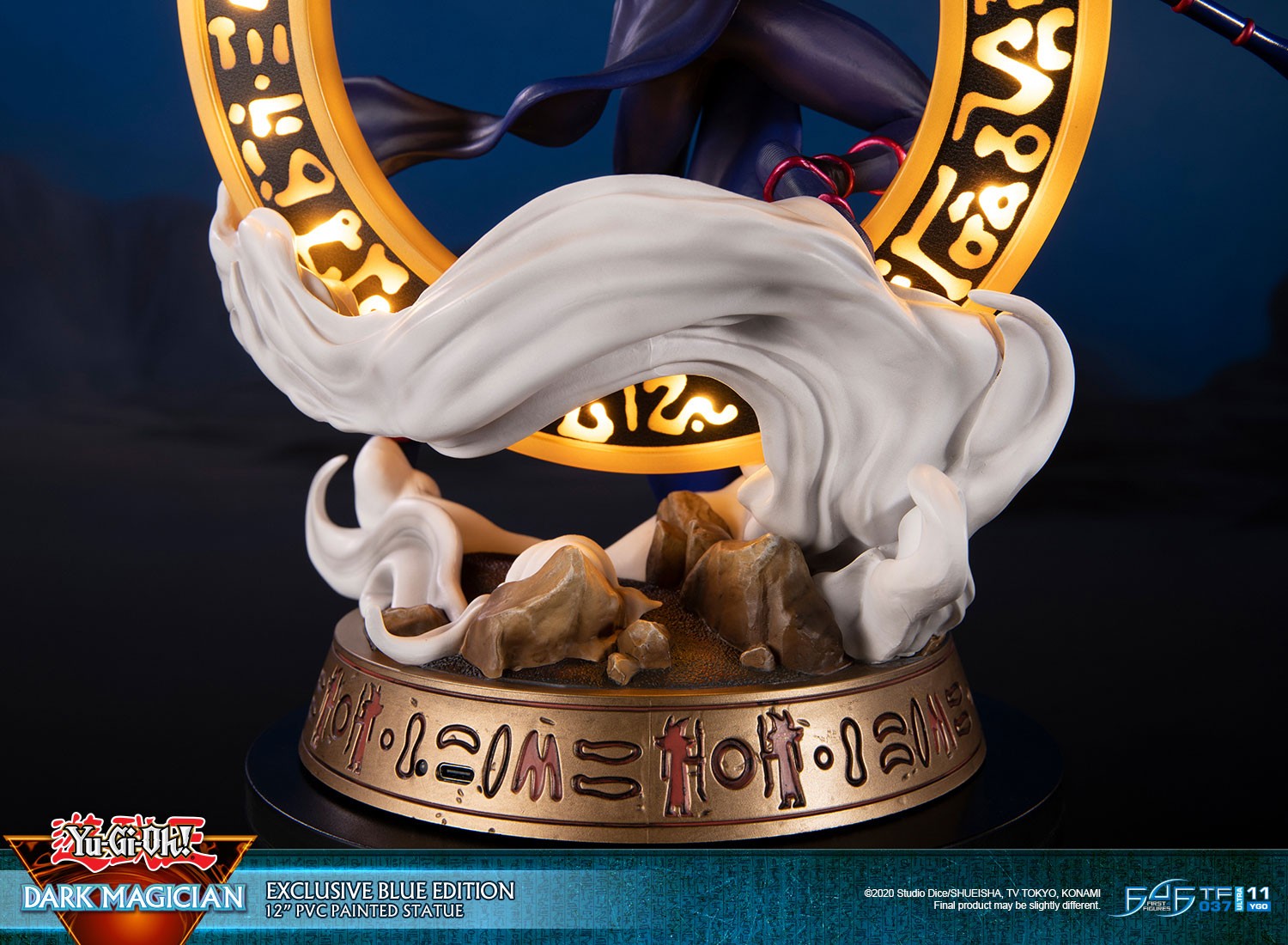 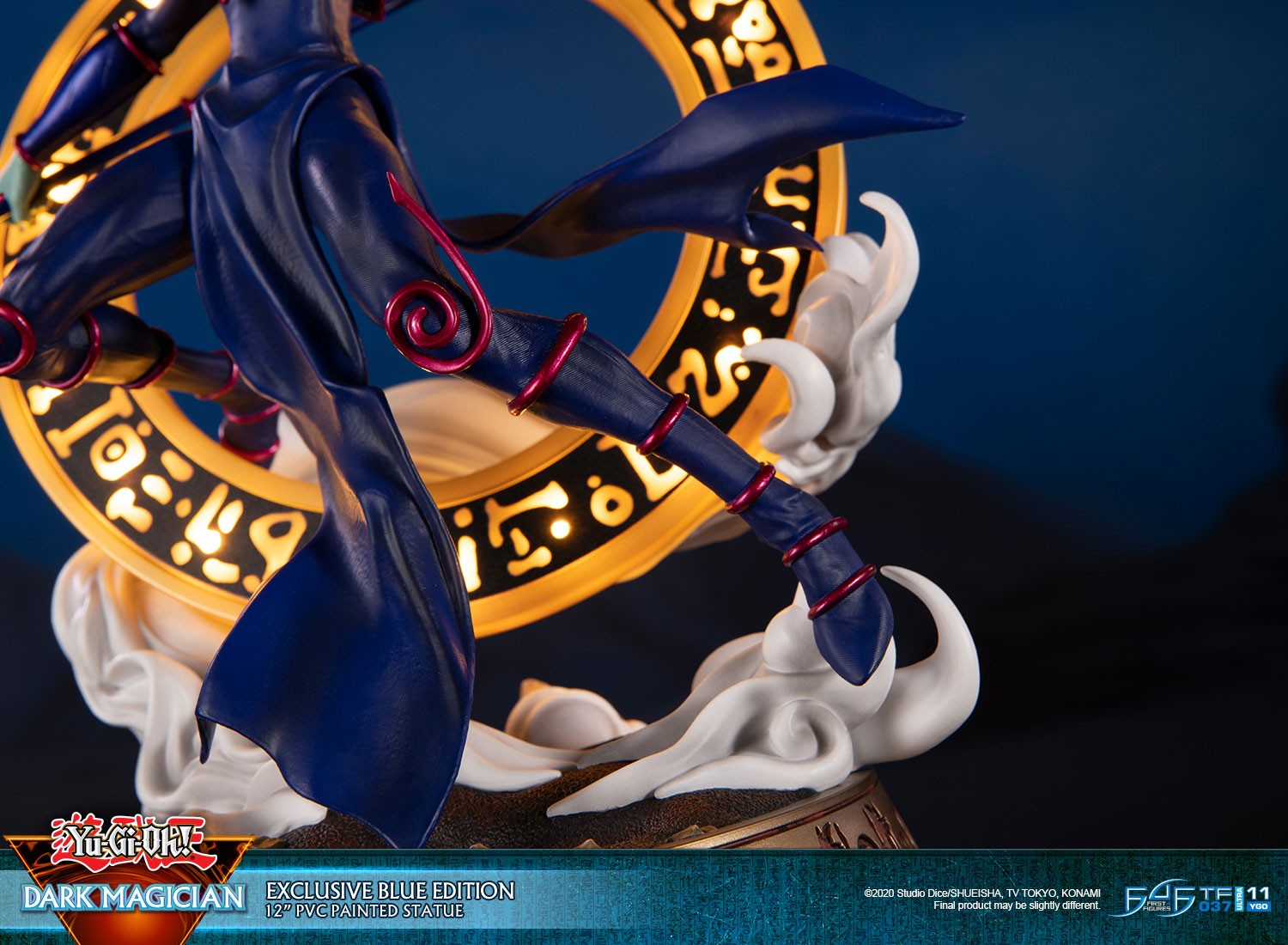 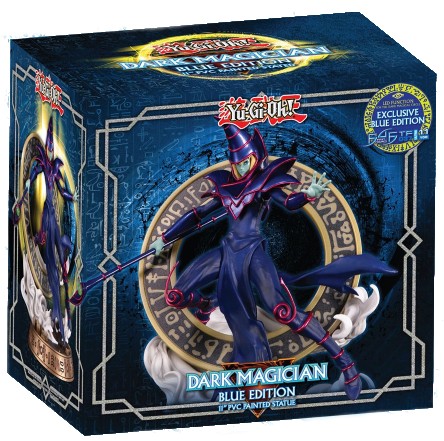 First 4 Figures is proud to introduce their latest PVC statue collectible, Dark Magician! This is the second statue to release in the Yu-Gi-Oh! PVC lineup.

The statue's concept is inspired by one of Dark Magician's iconic summoning poses in the anime, where he's in this "ready for action" stance with the Dark Magical Circle in the background. He has his left arm stretched out and is wielding the Magician's Rod in his right hand, ready to cast his signature spell: Dark Magic Attack.

The smoke on the base adds emphasis that Dark Magician has been newly summoned onto the battlefield. And since the Dark Magician's origin story dates back to Ancient Egyptian times, we decided to design the base to reflect this aspect of Dark Magician, from the sandy and rocky environment atop the base to the hieroglyphic patterns on the side.

The Exclusive Edition of this statue comes with LED functionality for the Dark Magical Circle. And this Blue variant is for those who prefer this alternate color scheme of Dark Magician.