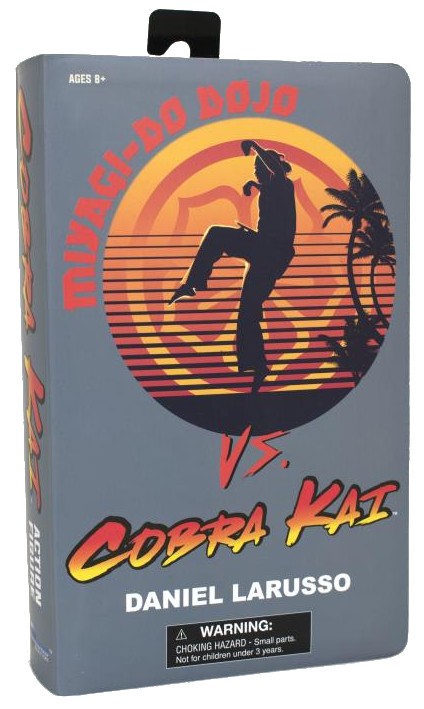 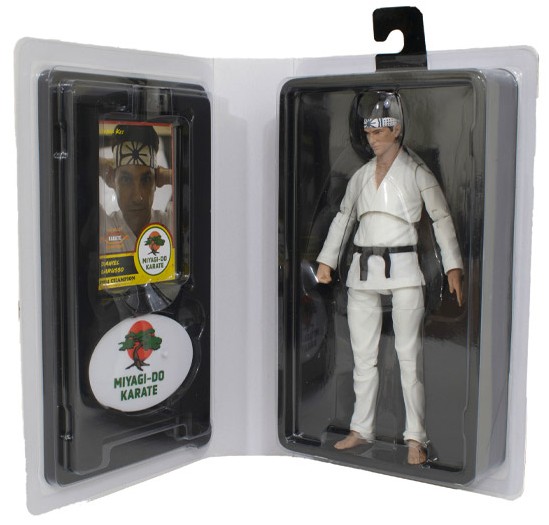 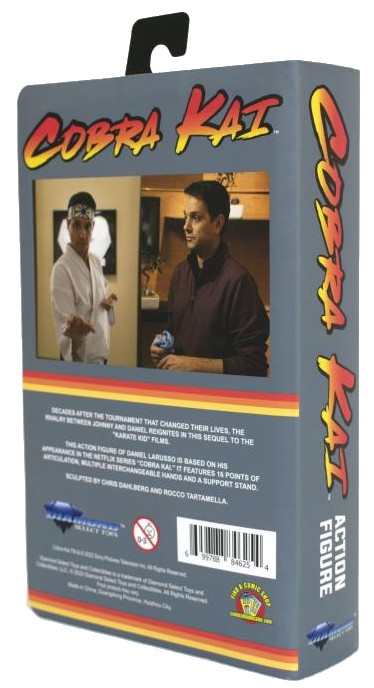 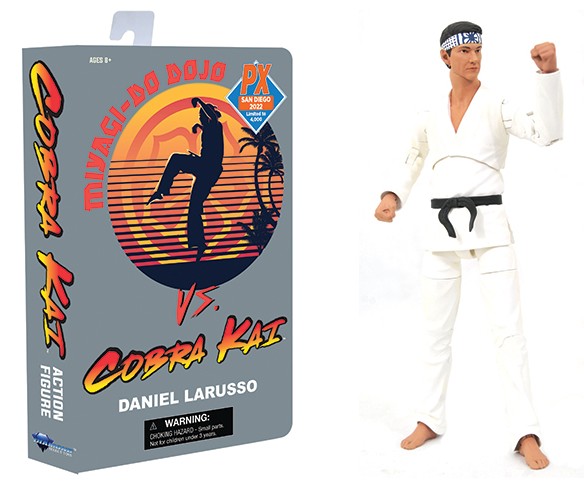 Everyone loves the Netflix series Cobra Kai, but we prefer it on VHS! This fully articulated 7" figure of Daniel LaRusso depicts him as he appears in the fan-favorite Karate Kid sequel series, and includes a display base, all in a VHS-style clamshell case. With over 16 points of articulation, this figure will take home the title in any martial arts toy tournament!