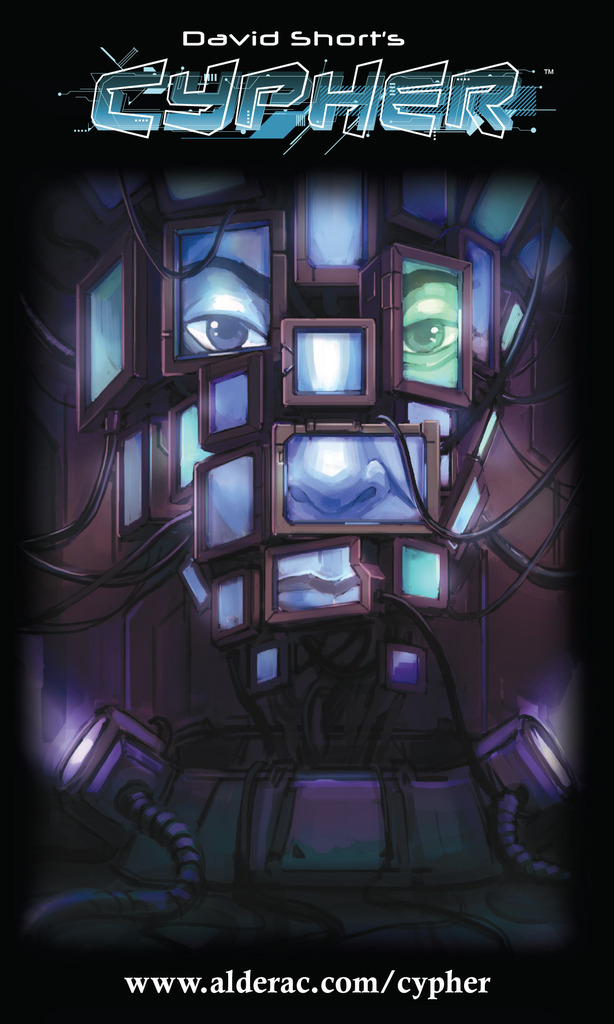 Faced with constant hacker attacks, the corporations created an artificial intelligence that could learn from the hackers themselves. The AI, codenamed Cypher, evolved faster than its creators could have imagined. It gained sentience, went rogue, and became the ultimate hacker. Now Cypher is fighting the corporations themselves for control of the nexus.

In Cypher, players take on the role of factions that are gathering characters from all spheres of influence from corporate overseers to street level hackers in order to dominate Cypher and seize control of the nexus. The player with the most influence at the end of the game wins!