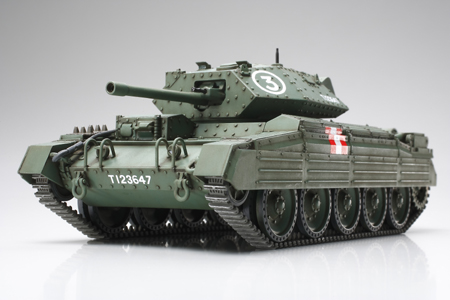 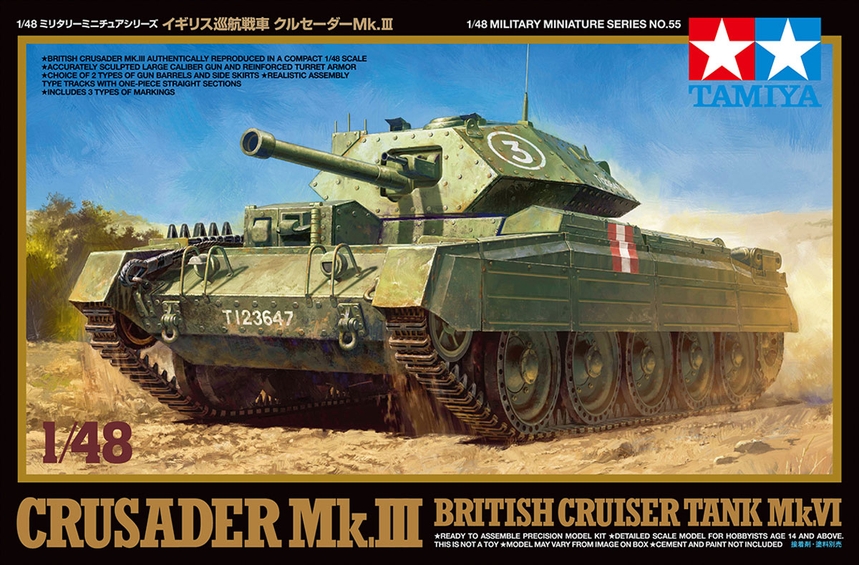 About the Crusader Mk.III

In the 1930's, a British mission observed the field maneuvers of the Russian army and were impressed by the performance of some of their tanks, which were influenced by the designs of American Walter Christie. The British decided to develop their own fast "cruiser" tank for their army and their efforts eventually resulted in the Crusader. When it entered operational service in 1941 as part of Operation Battle axe in North Africa, the Crusader was found to be faster than its German counterparts, but had a less powerful gun, thinner armor, and was not very reliable. Due to delays in the development of new tanks, it was decided to mount the larger 6-pounder gun onto the Crusader. The larger gun resulted in a smaller 3-man turret crew.