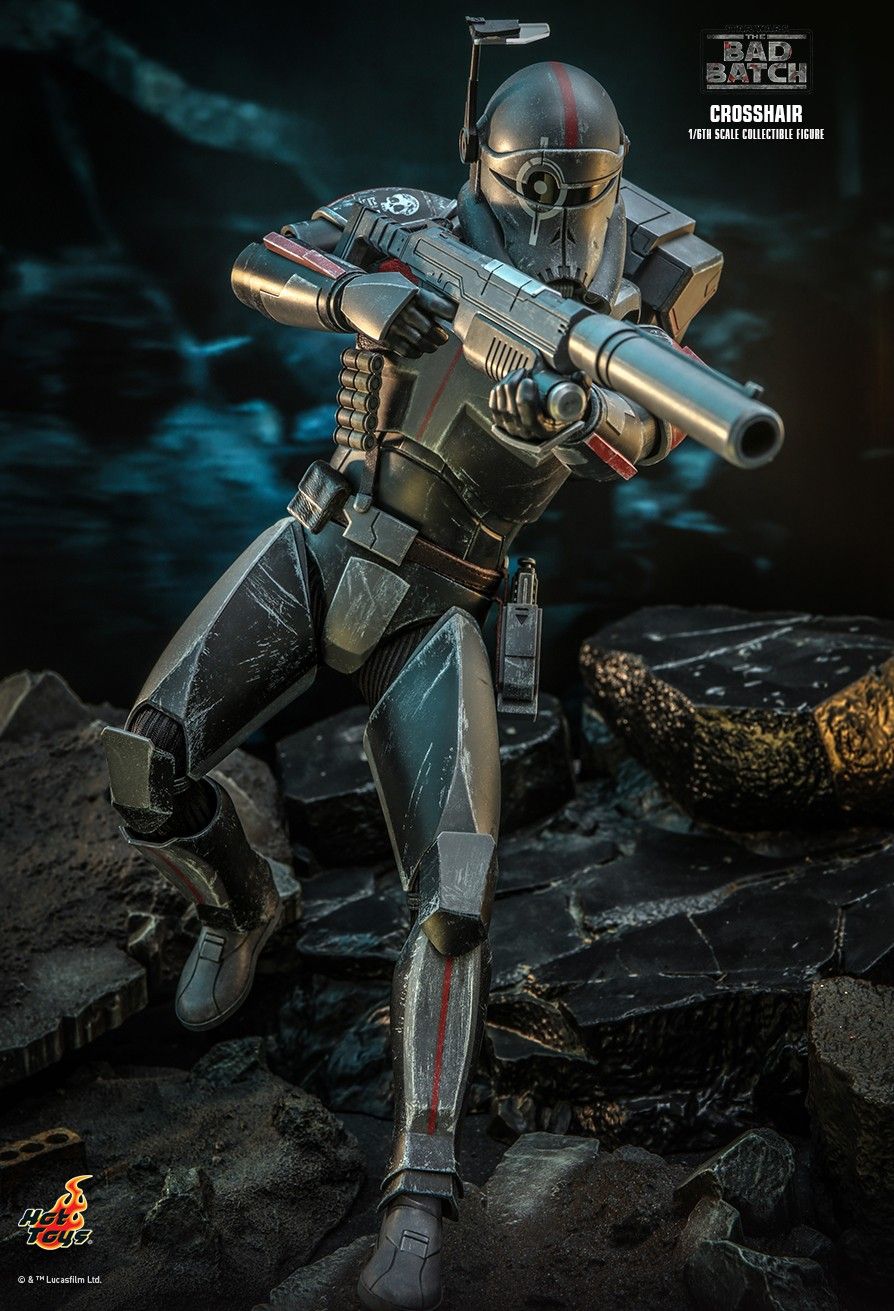 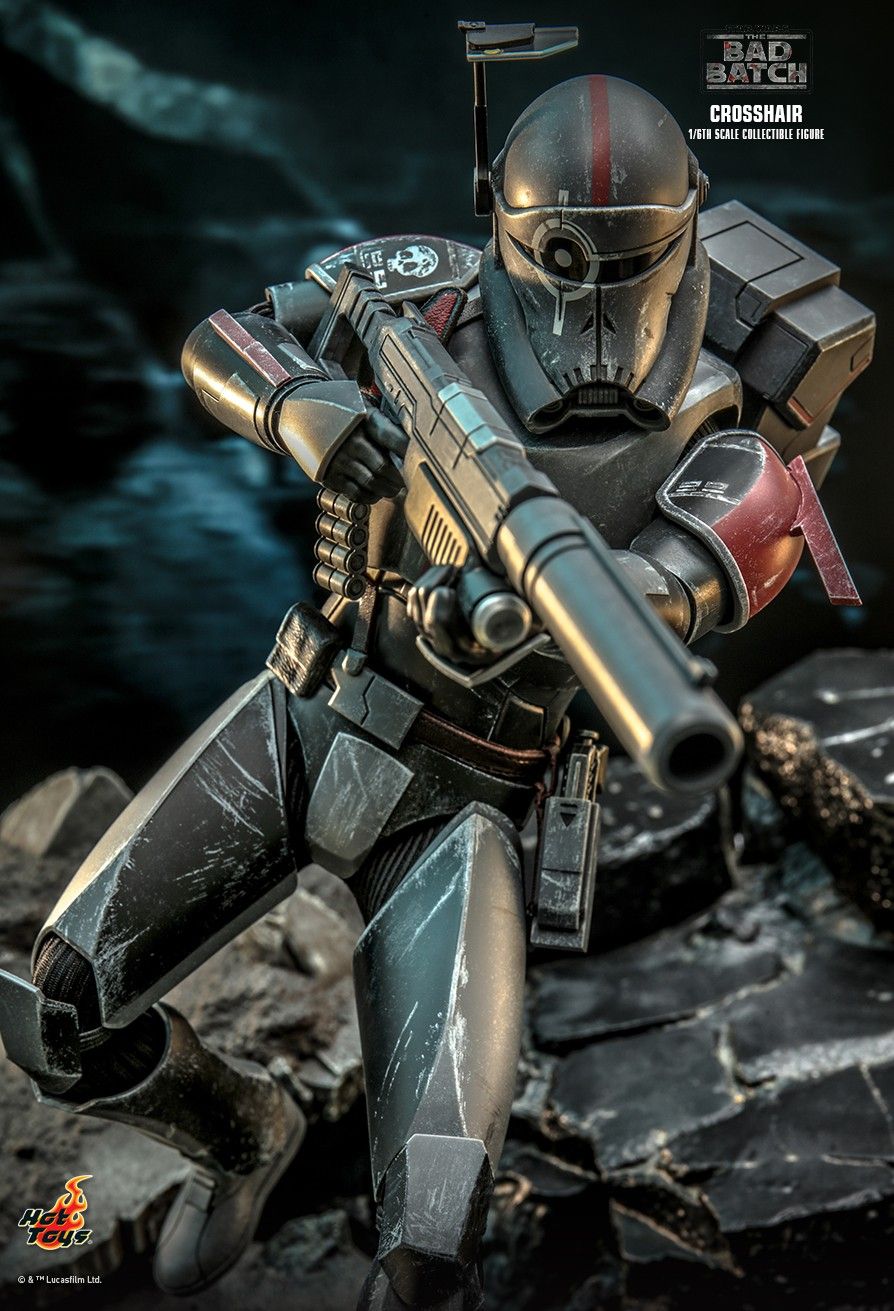 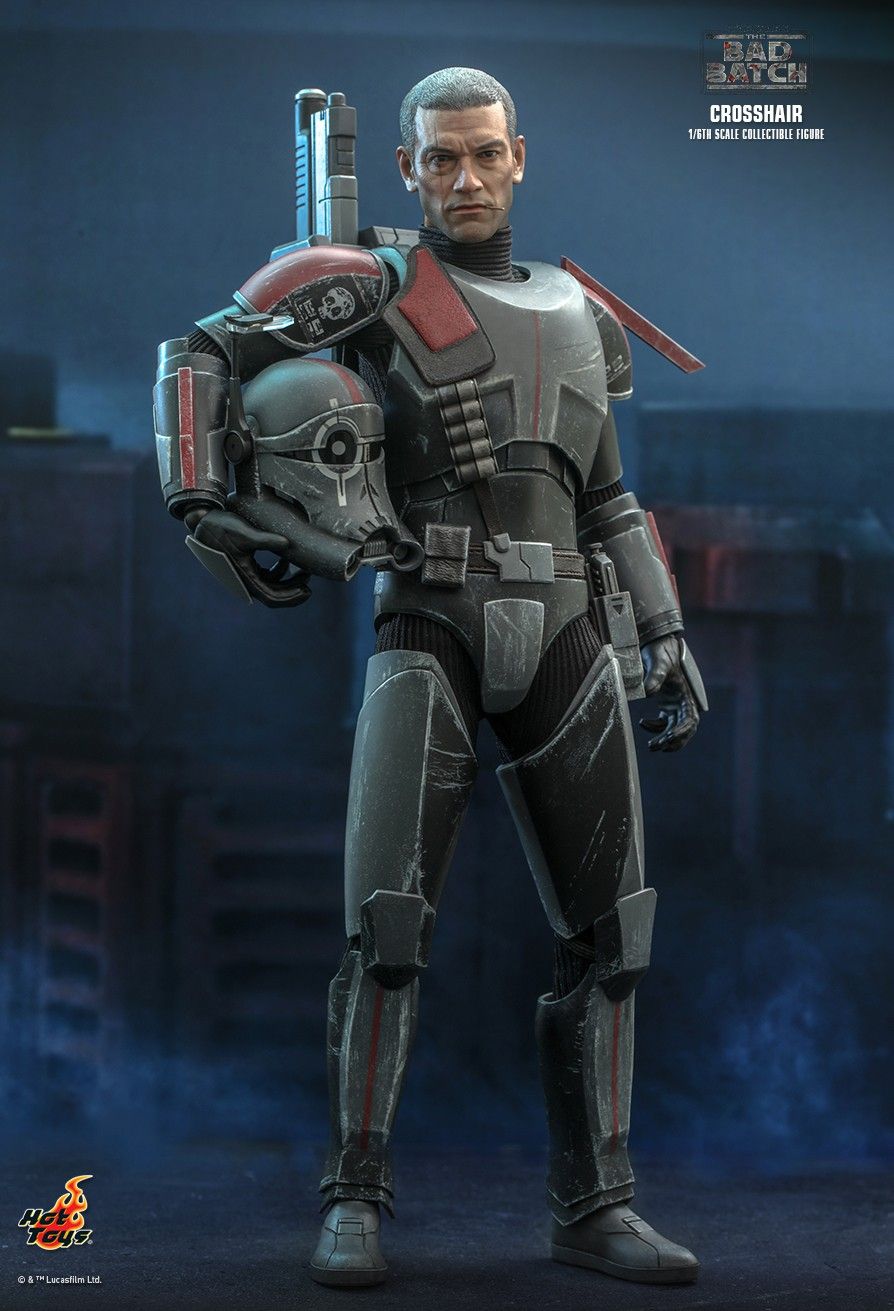 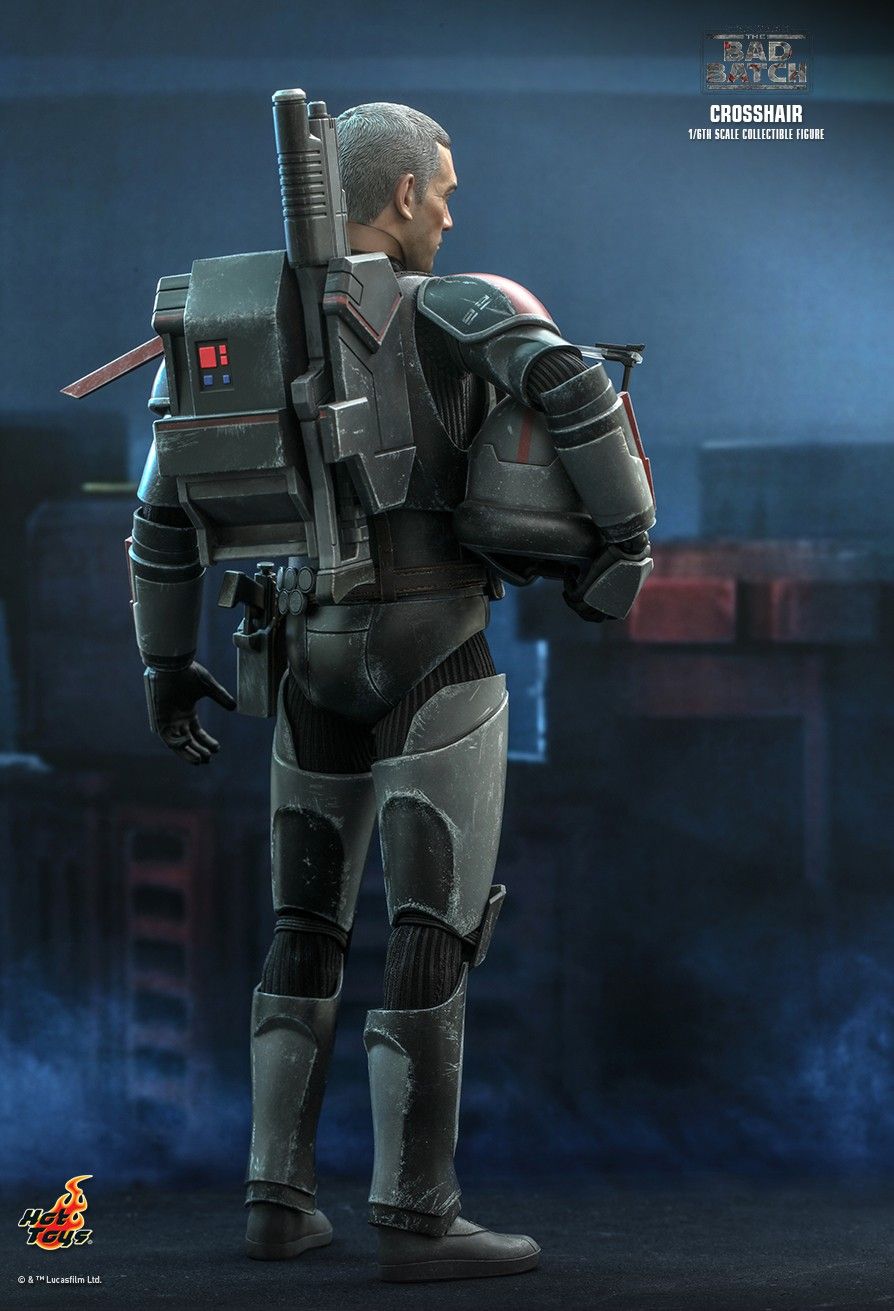 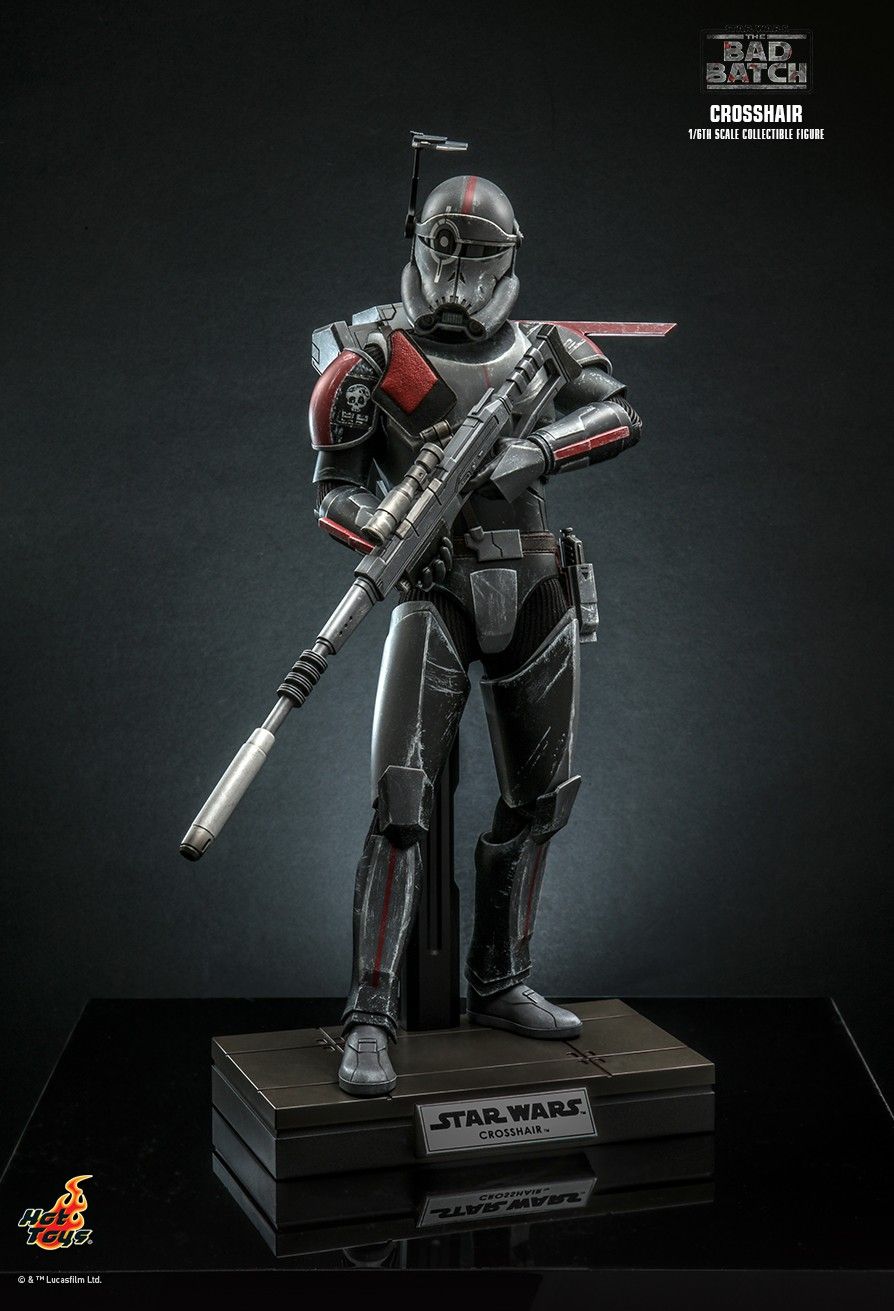 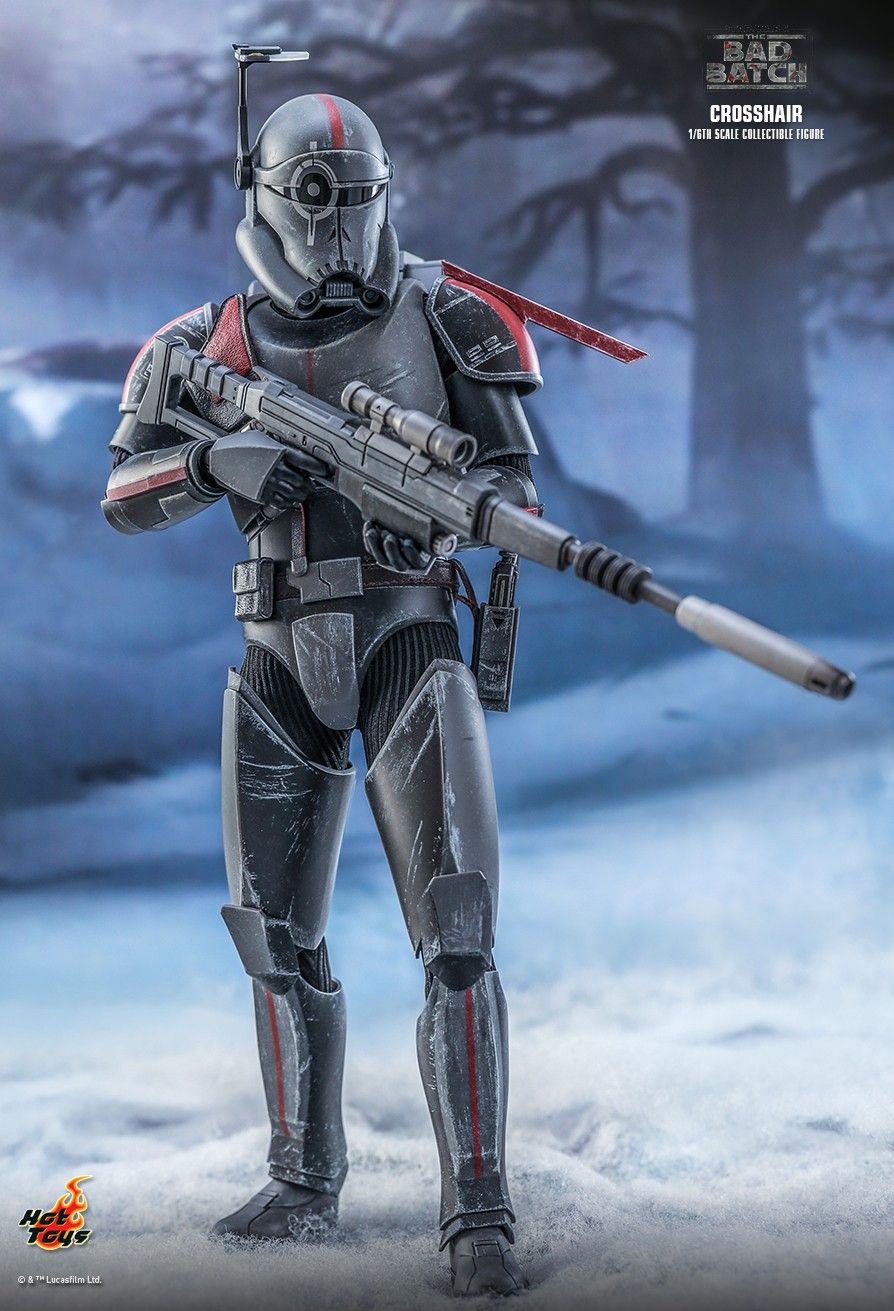 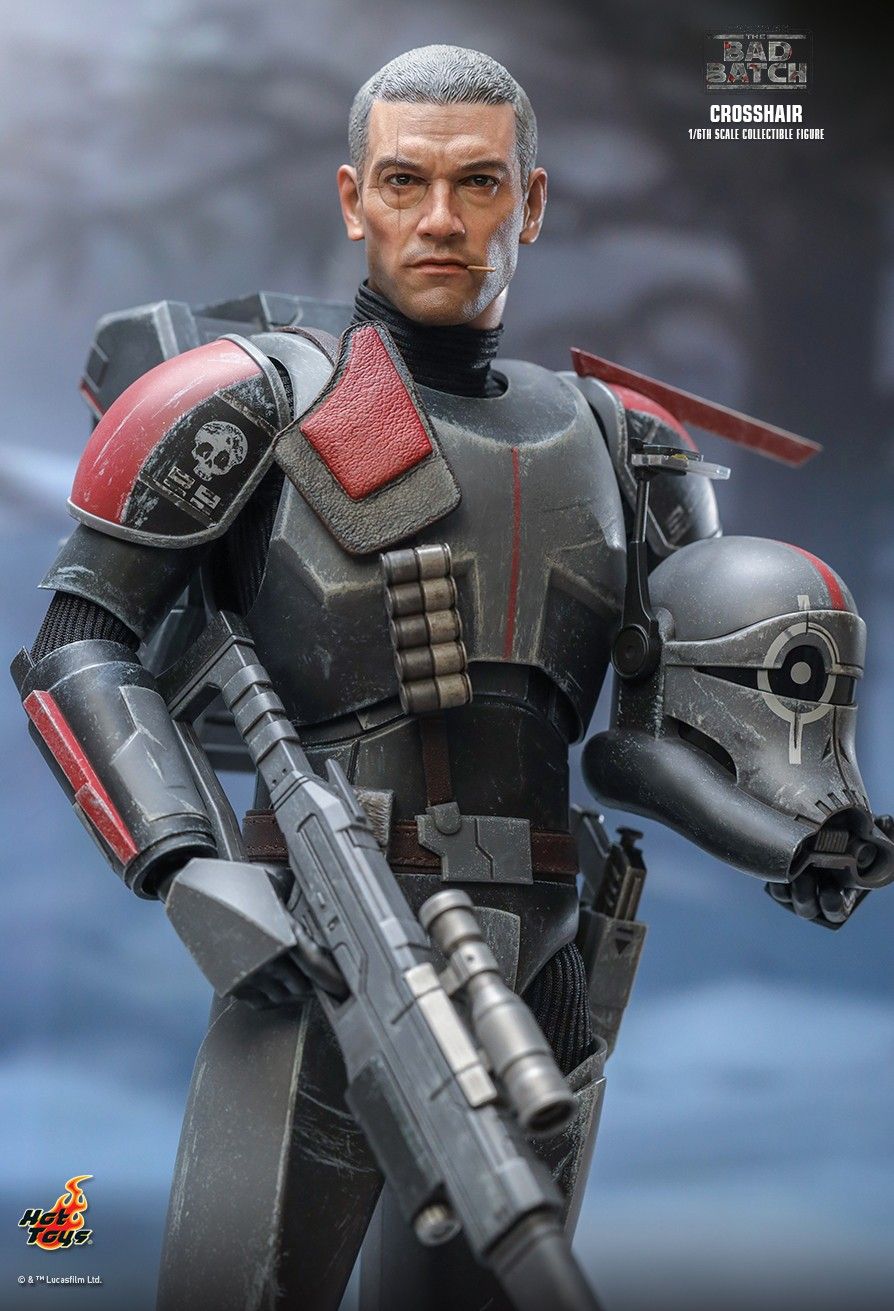 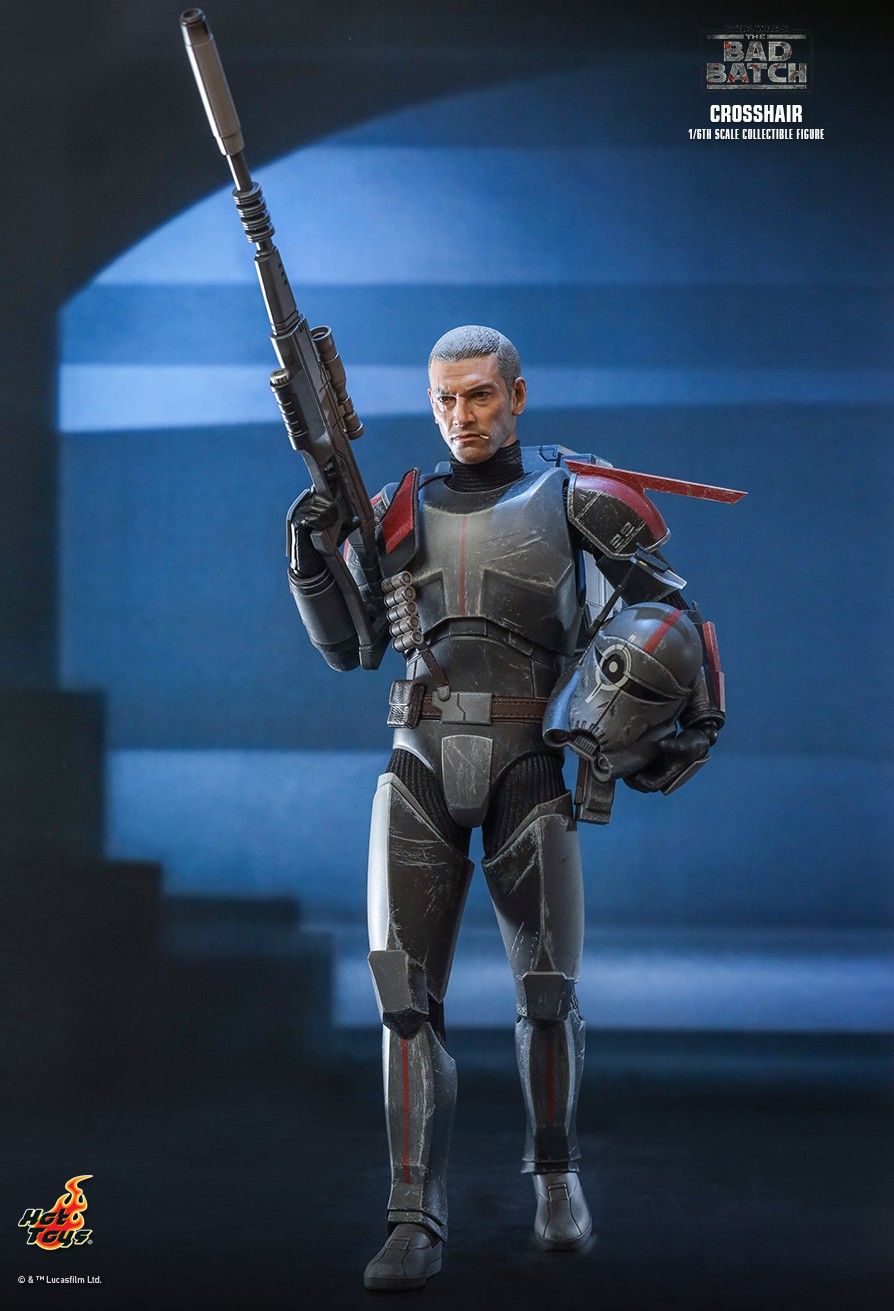 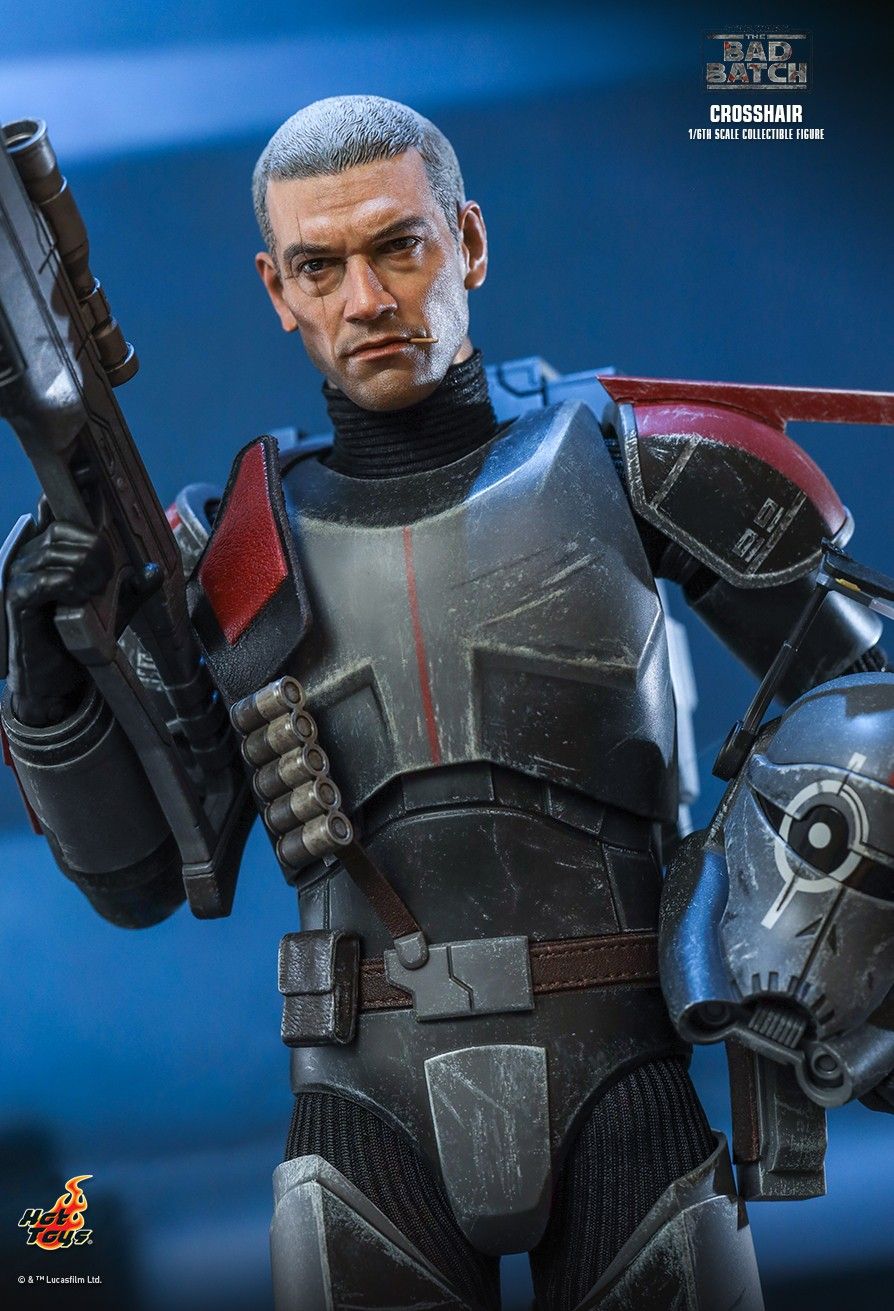 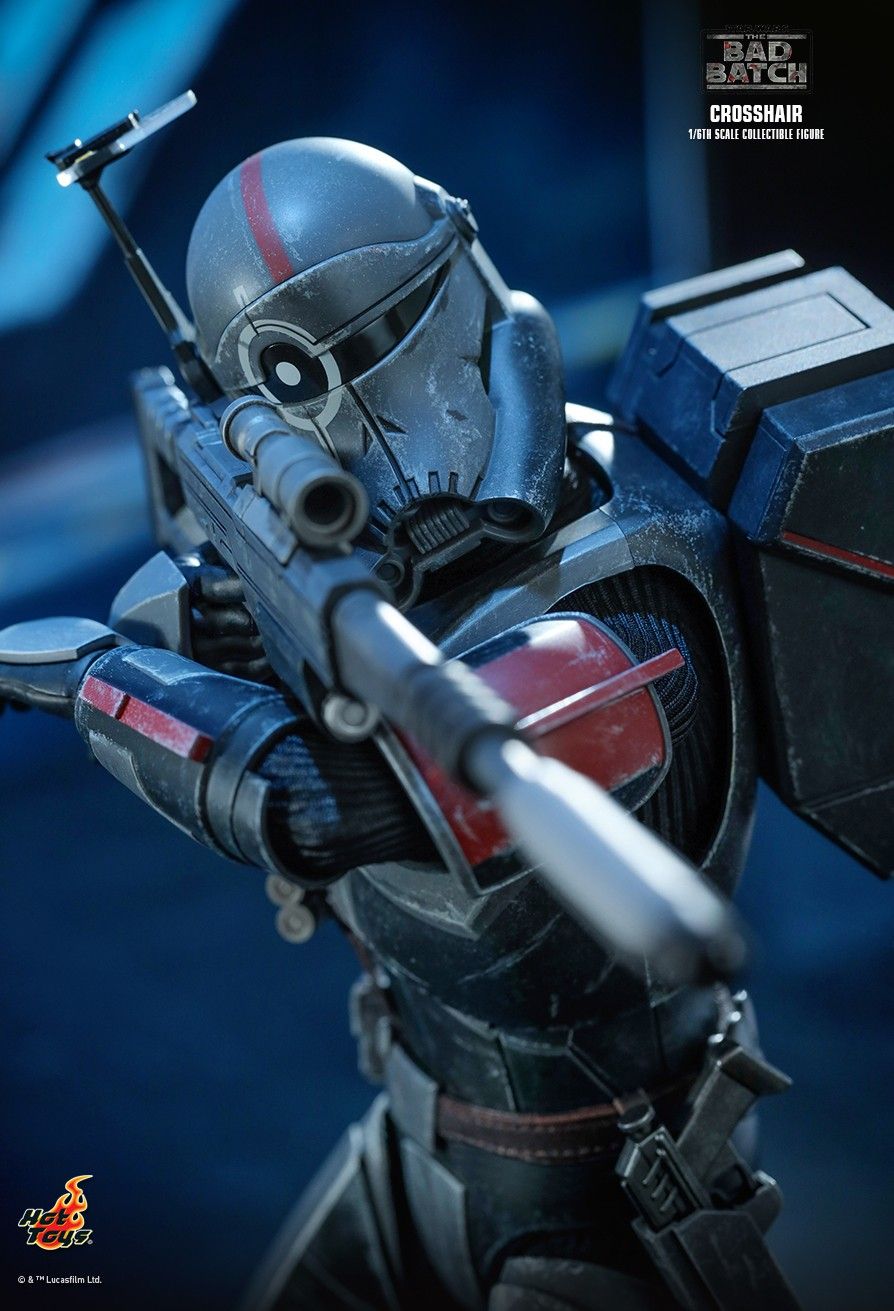 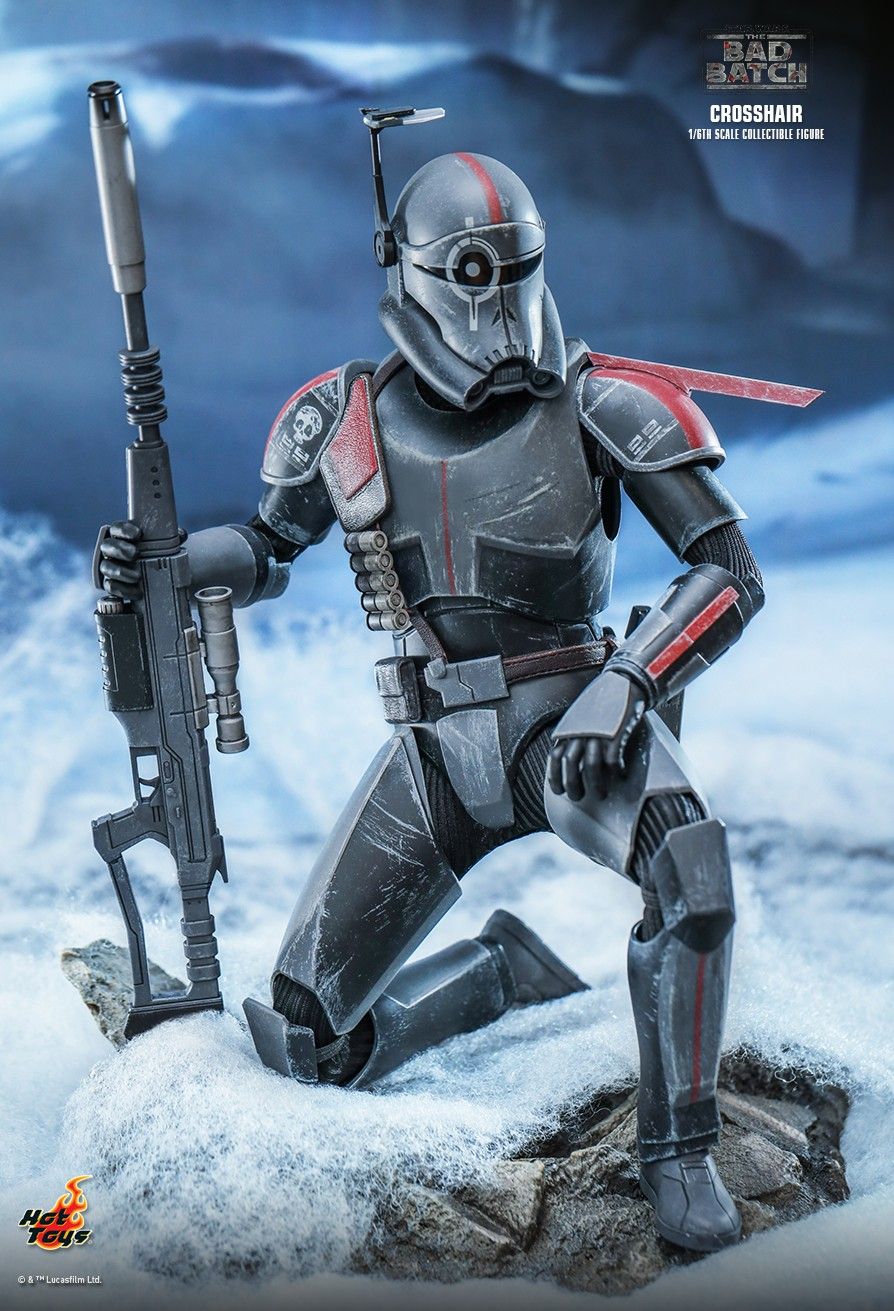 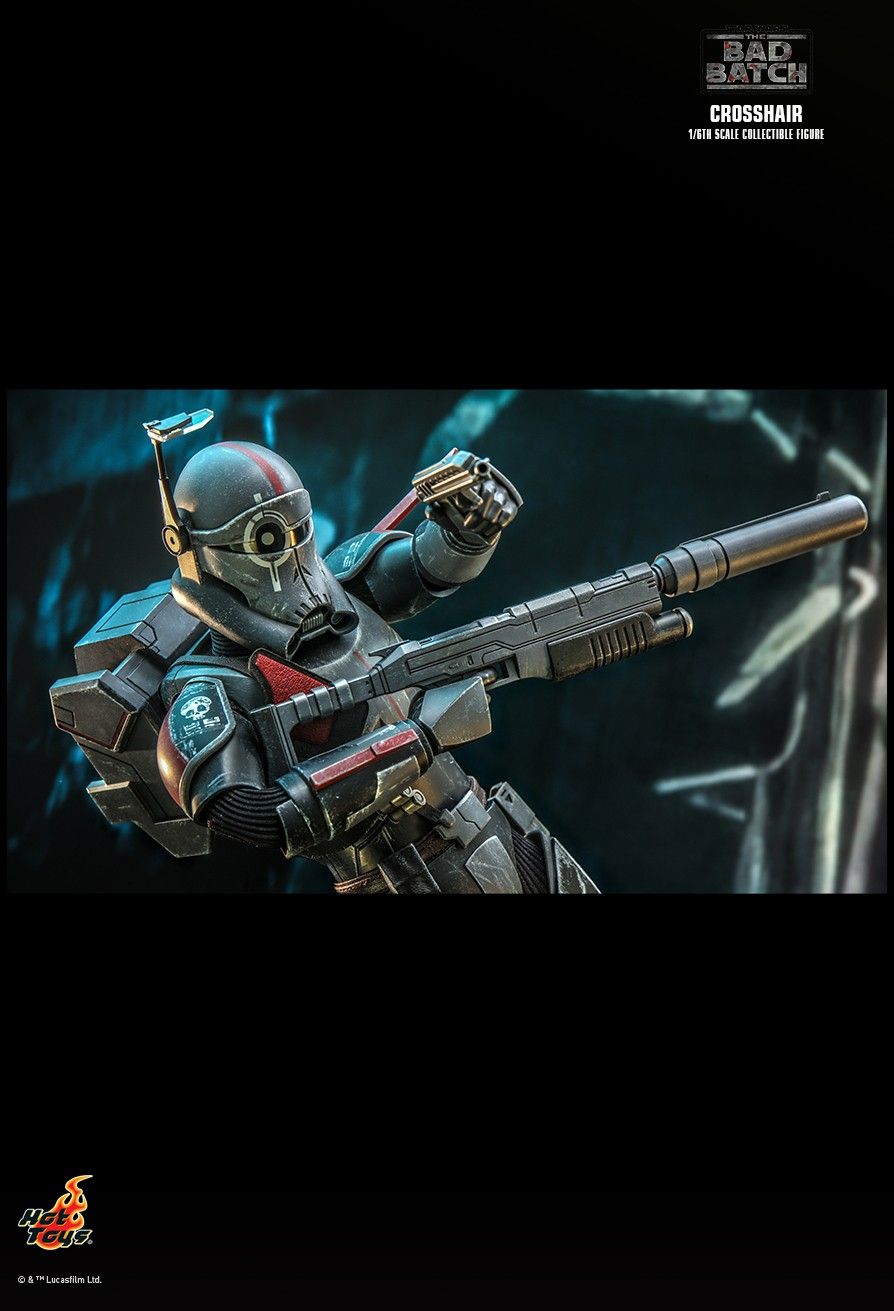 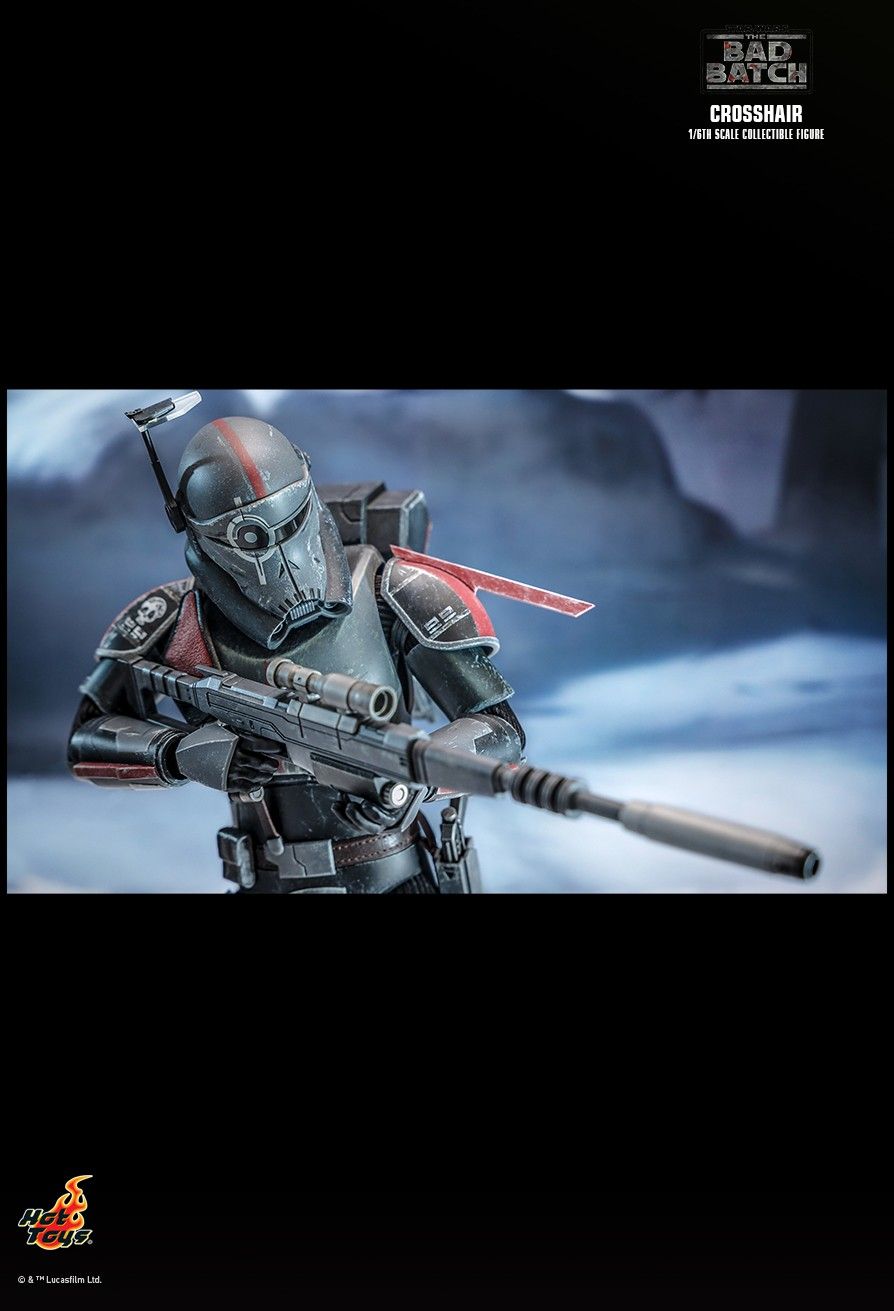 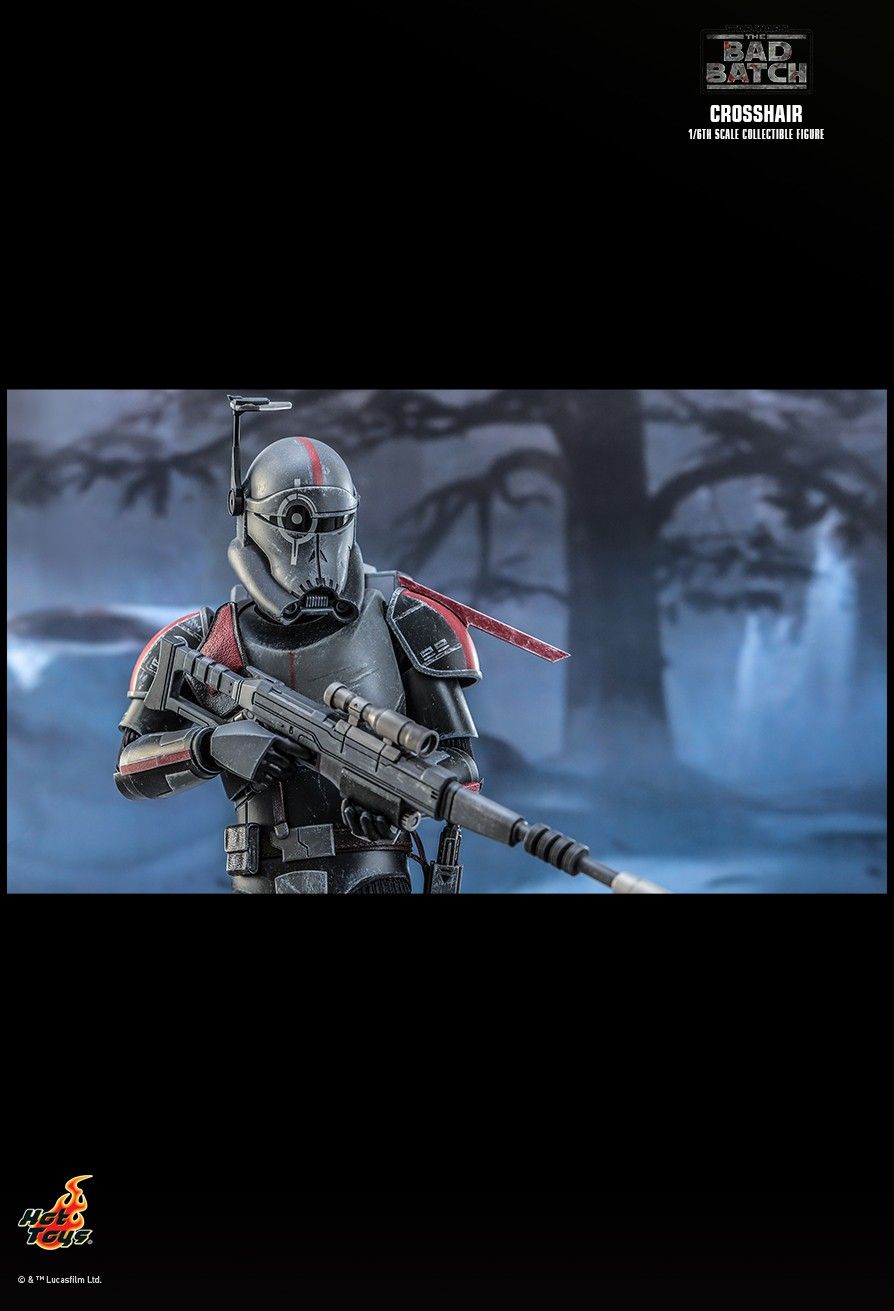 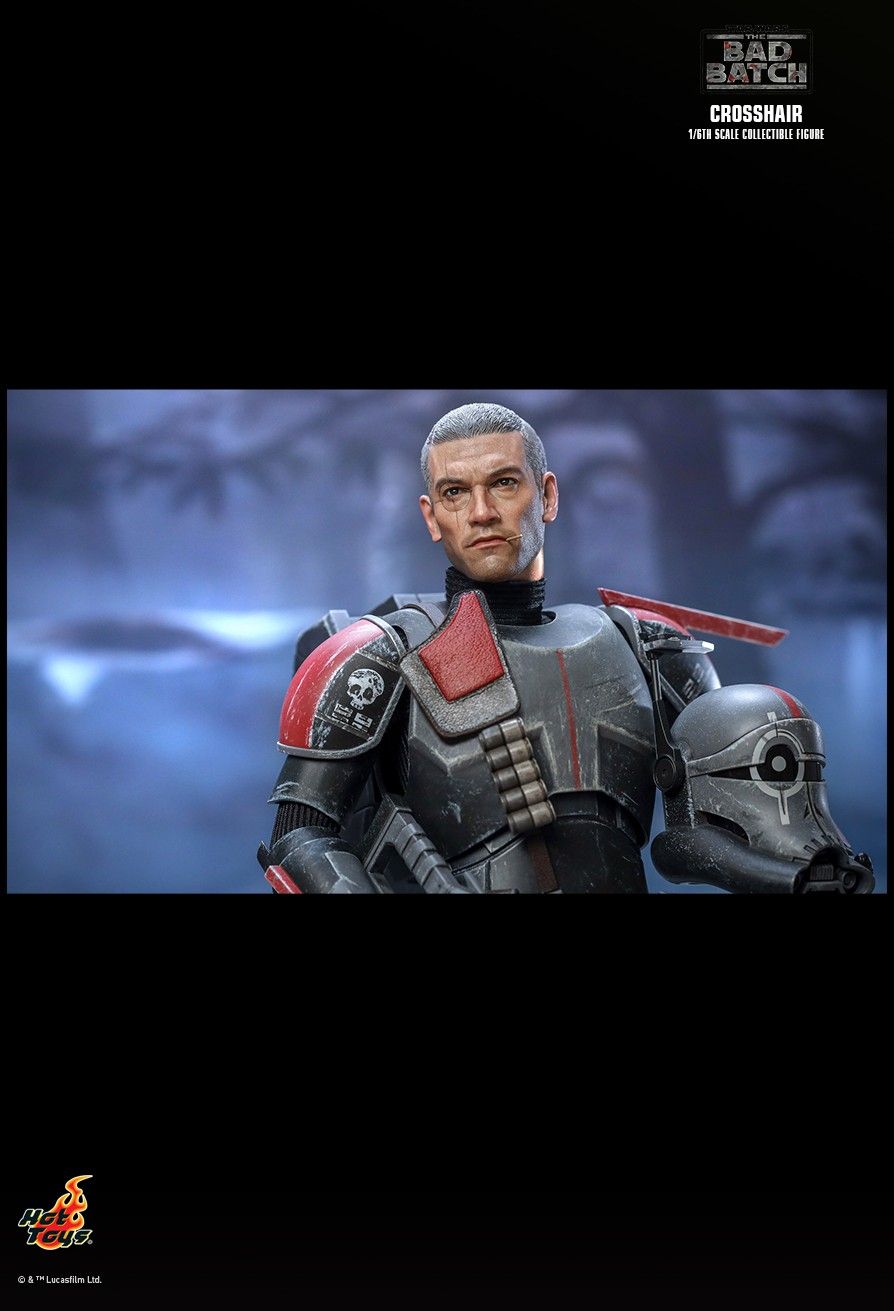 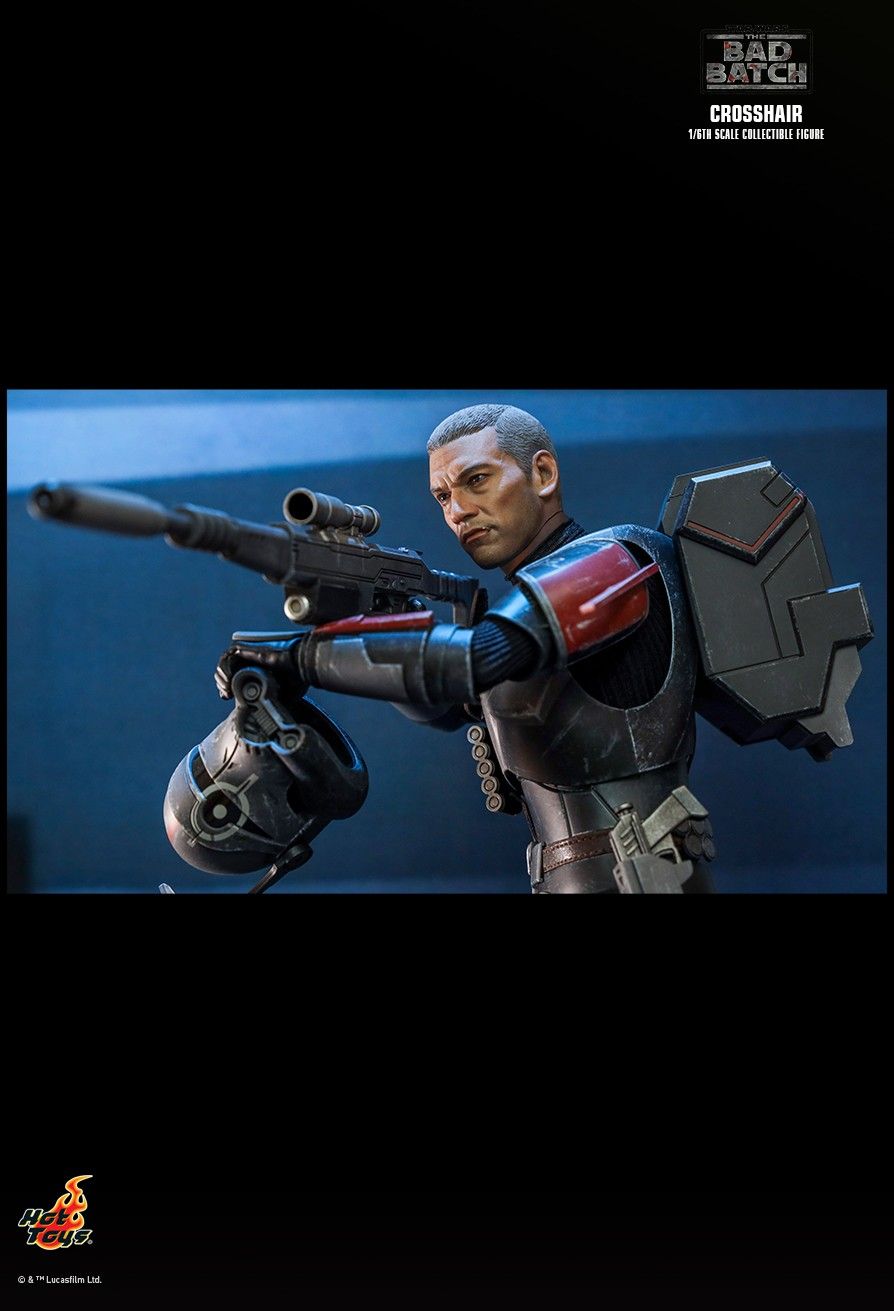 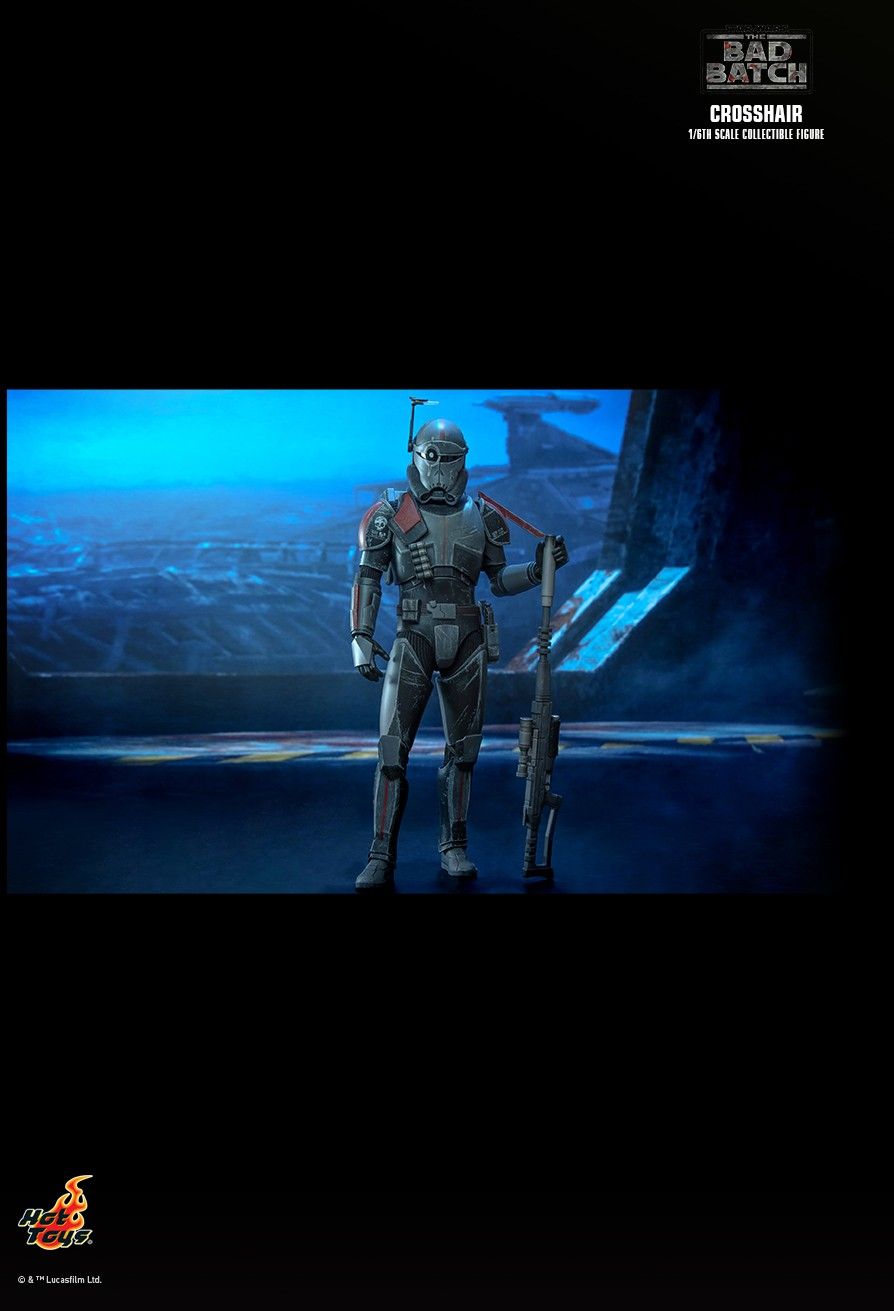 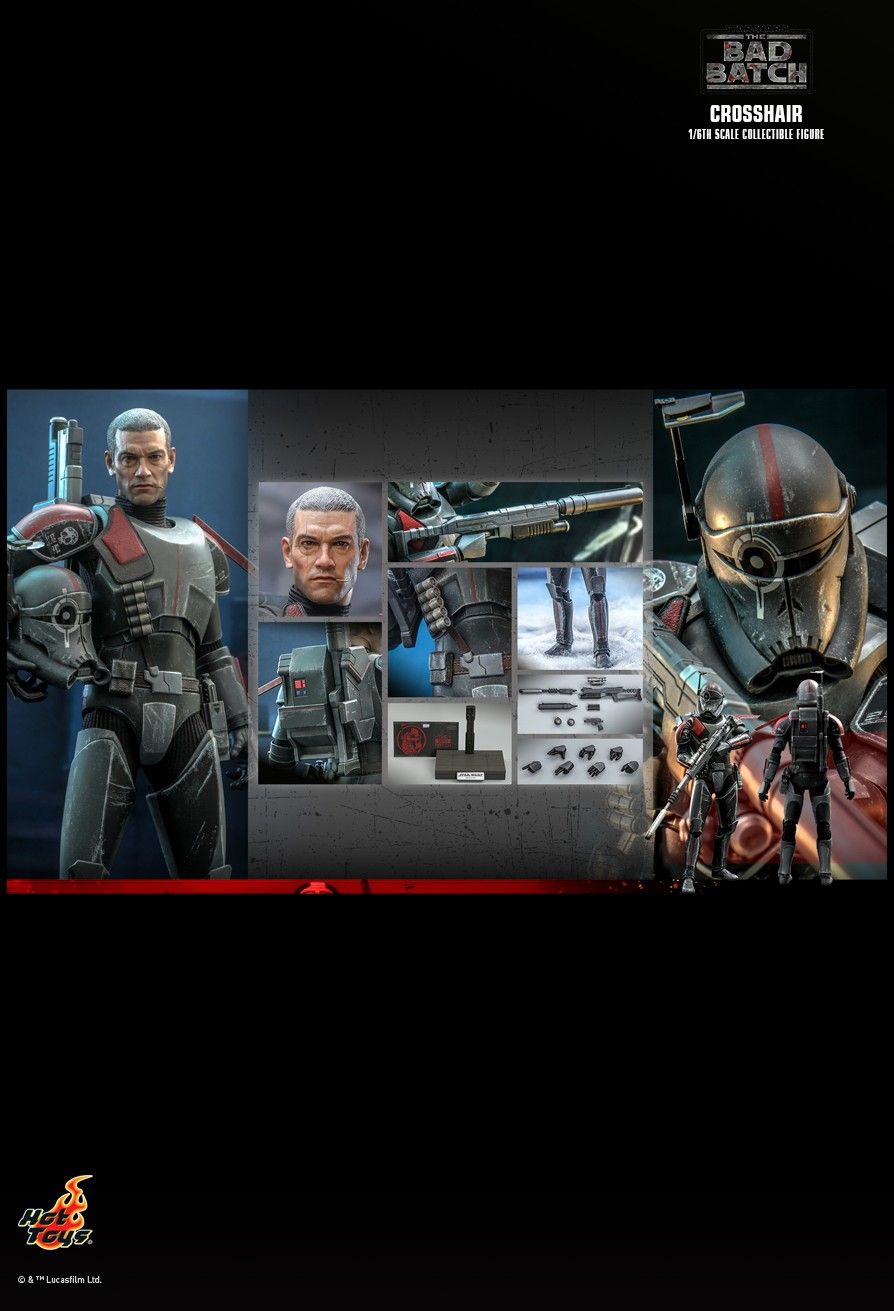 Cold, quick, and calculating, Crosshair is the kind of no-nonsense warrior who detests working with "regs," or normal clones, and isn't afraid to mouth off about it. A member of the special unit Clone Force 99, also called the Bad Batch, Crosshair once served as the team sniper whose sharp vision gives him superior accuracy and, as a result, an air of superiority.

The Crosshair collectible figure is skillfully developed and features the character’s armor and helmet with weathering effects and markings, an interchangeable head sculpt with realistic likeness, a sniper rifle, a blaster pistol, and a display base.

The proficient sniper will be an excellent addition to your collection! 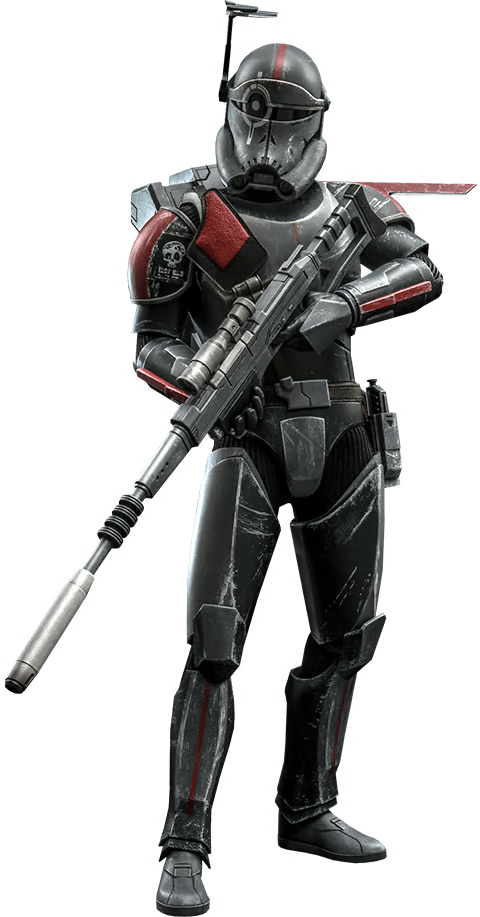