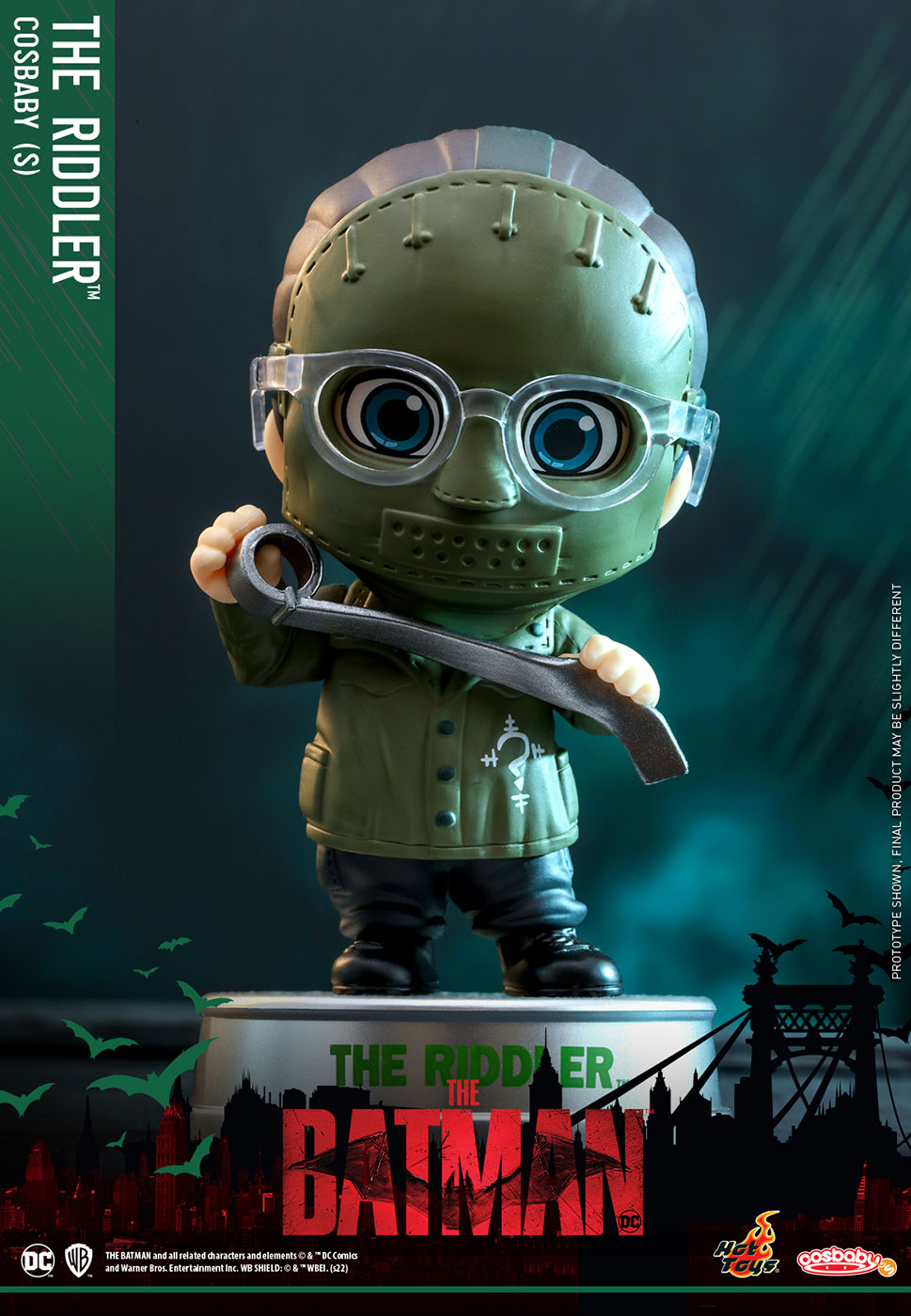 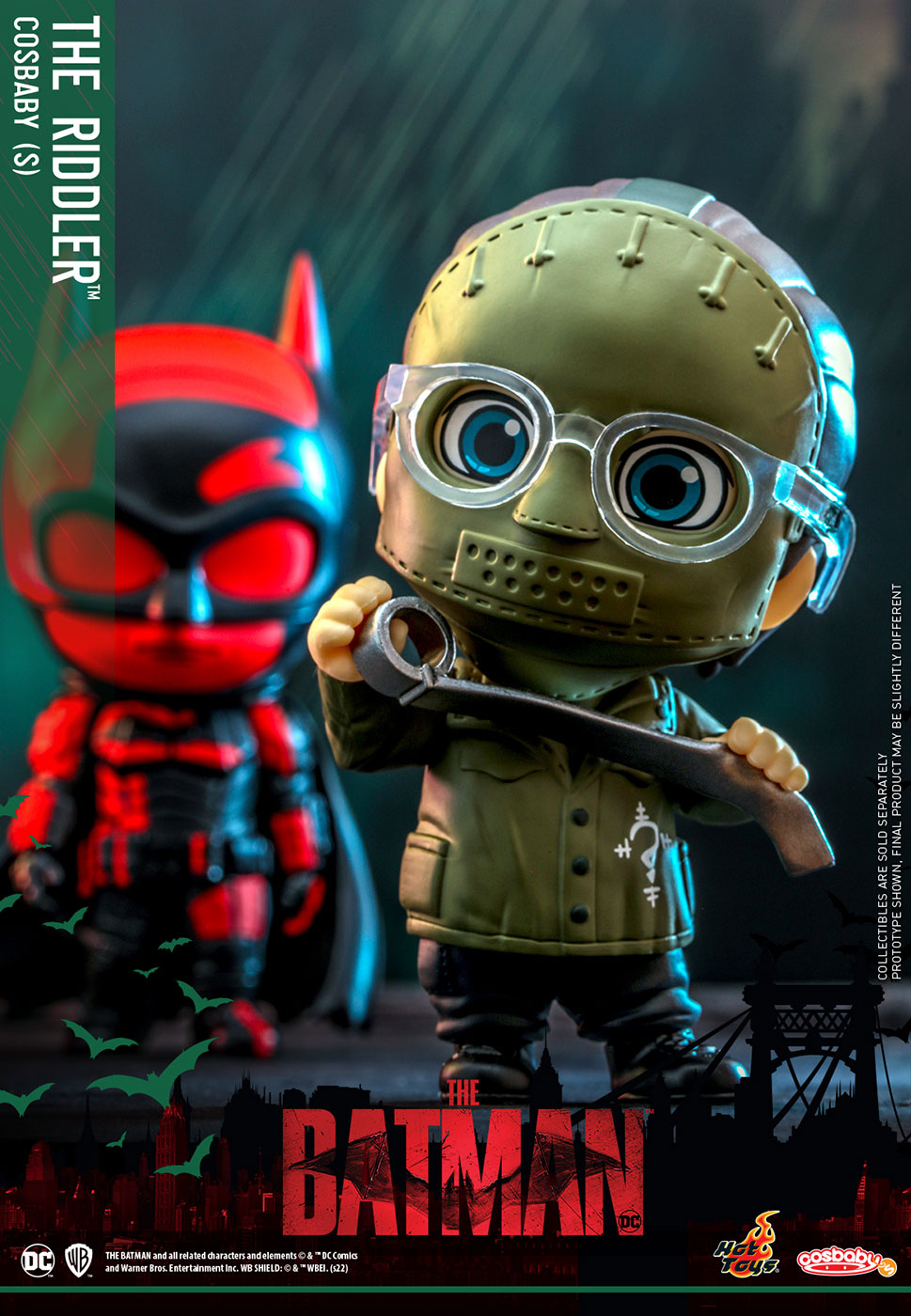 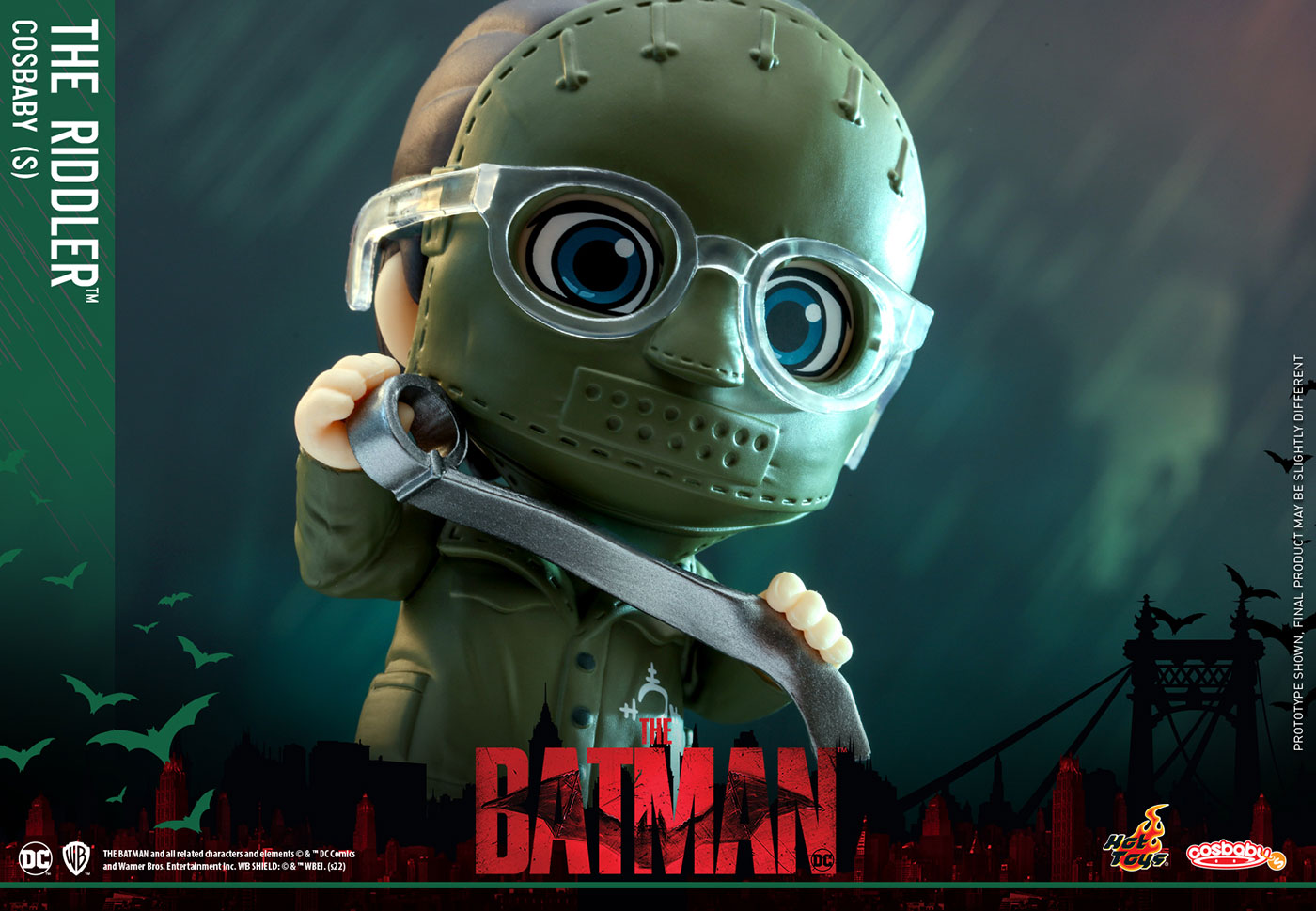 The Riddler Cosbaby Collectible Figure has the Riddler wearing glasses on his mask and green attire with question mark logo, rolling out duct tape. 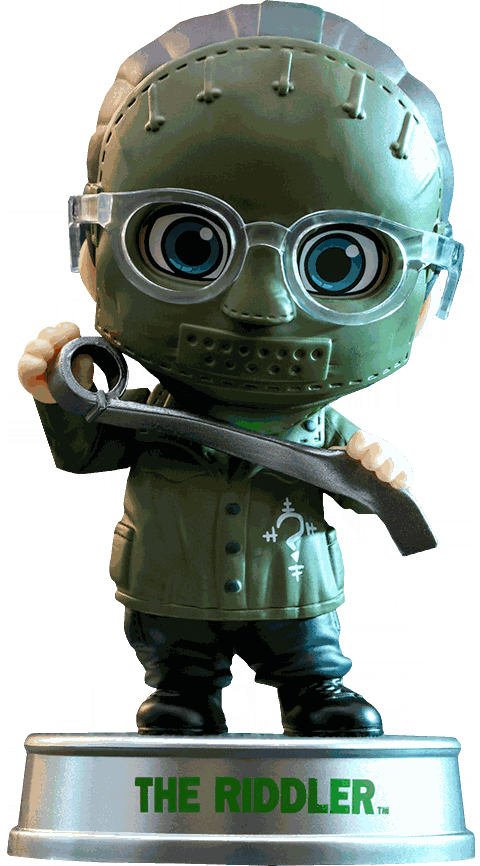