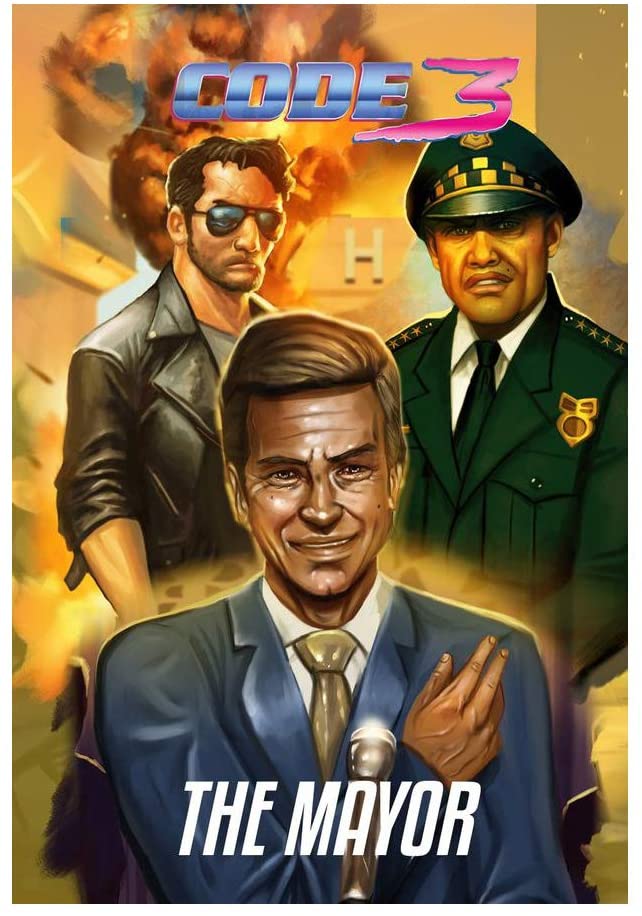 The Corrupt Mayor is one of the first 3 expansions packs for Code 3. It includes a new officer, new chief and new scenario to play.

A new politician just got elected on a campaign of police reform; however, this empty suit is now proposing ridiculous police policies, like “no guns day,” and bogs you down with nothing but red tape and trips to IA. Something feels wrong. You don’t need to be reformed. Instead, maybe you can figure out what this corrupt mayor’s real angle is, and take him down! Only the most subtle and discreet team can get this done.