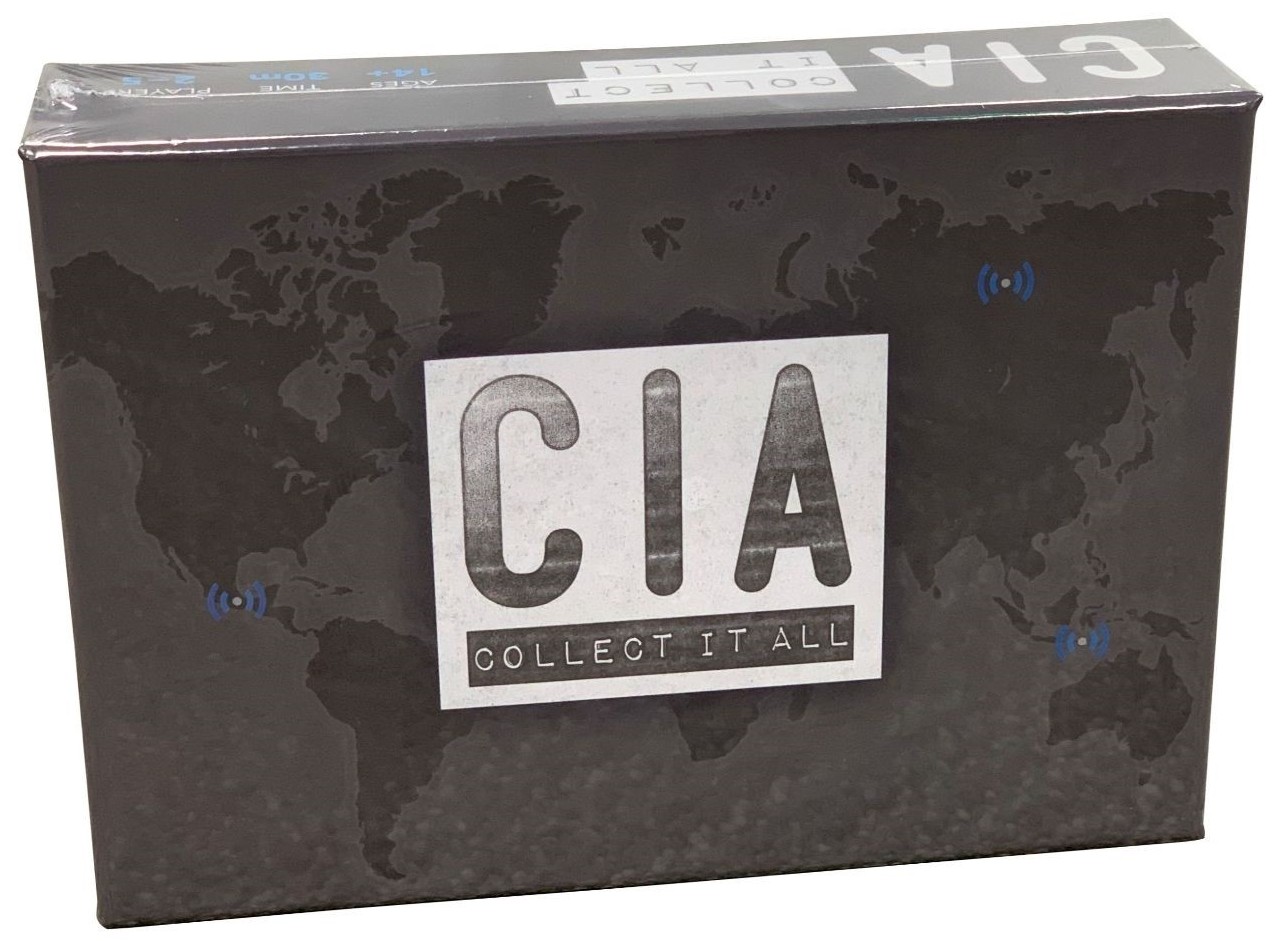 CIA: Collect It All

CIA: Collect It All is a competitive card game based on the CIA training game Collection Deck. Players take on the role of agents who are collecting intelligence and tackling security threats over multiple rounds.

Each round starts with ten crisis cards in the center of the table. Each crisis has aspects (Political, Military, Economic, Weapons), difficulty, and required number of Techniques. Players start each round with a hand of Intelligence Techniques and Reality Checks.

On their turn, a player can attempt to overcome a crisis by playing a number of Techniques that match the crisis's difficulty and aspects. Then, their opponents have a chance to play Reality Check cards that increase the difficulty of the crisis and the initial player can adapt by playing more cards from their hand. If they still have enough Techniques to overcome the crisis, they take crisis card and earn victory points equal to the number of Techniques used. The game ends when a player has accumulated 10 victory points.