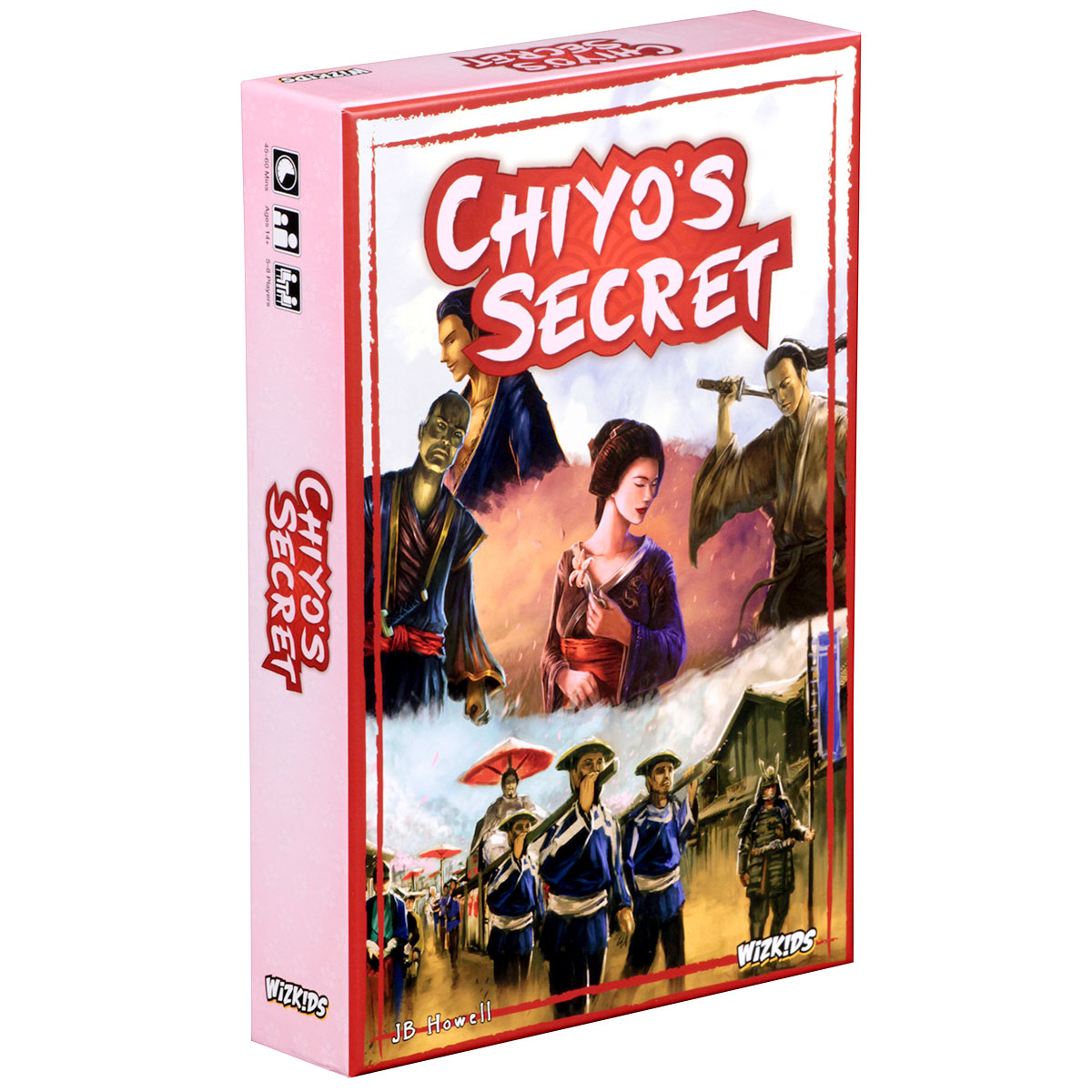 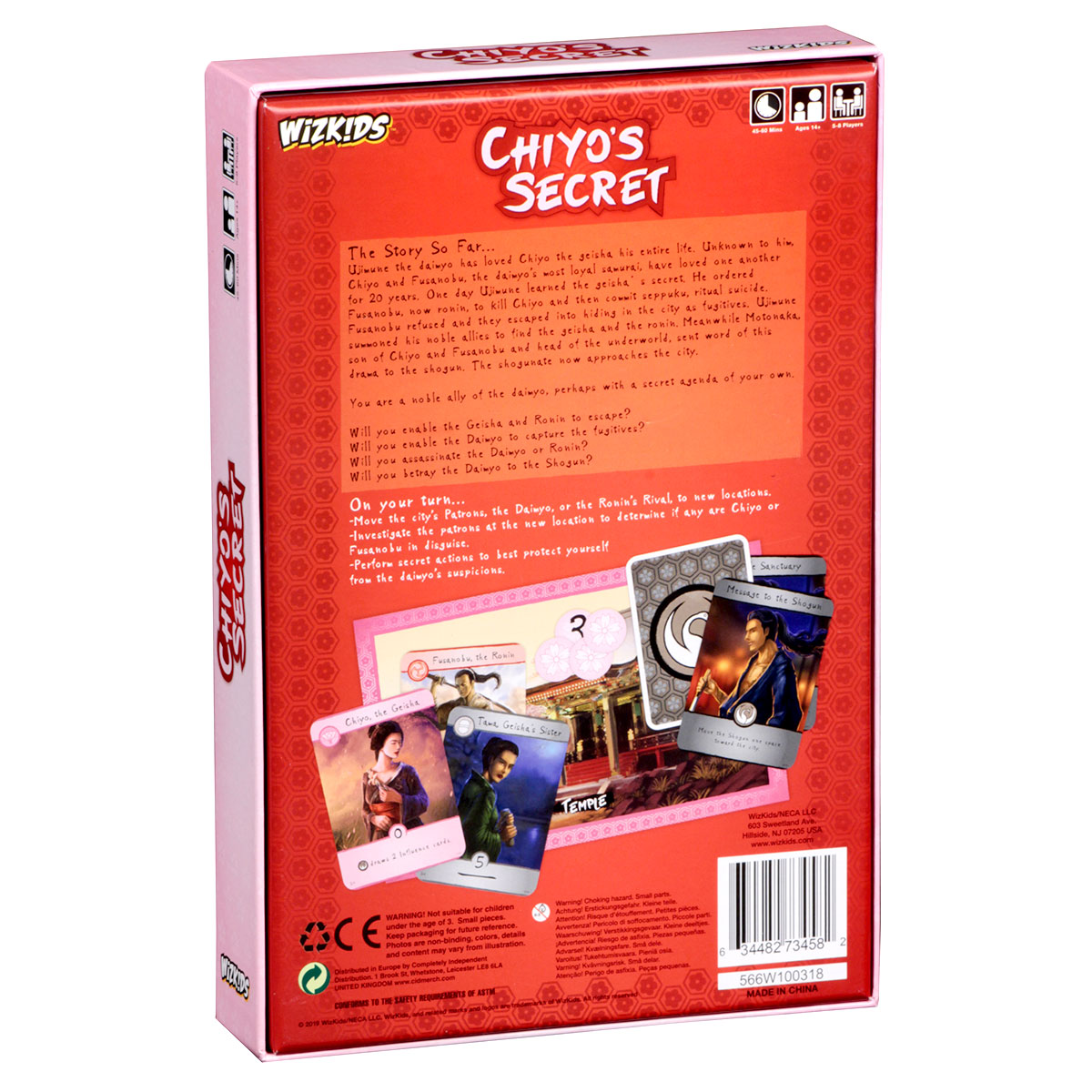 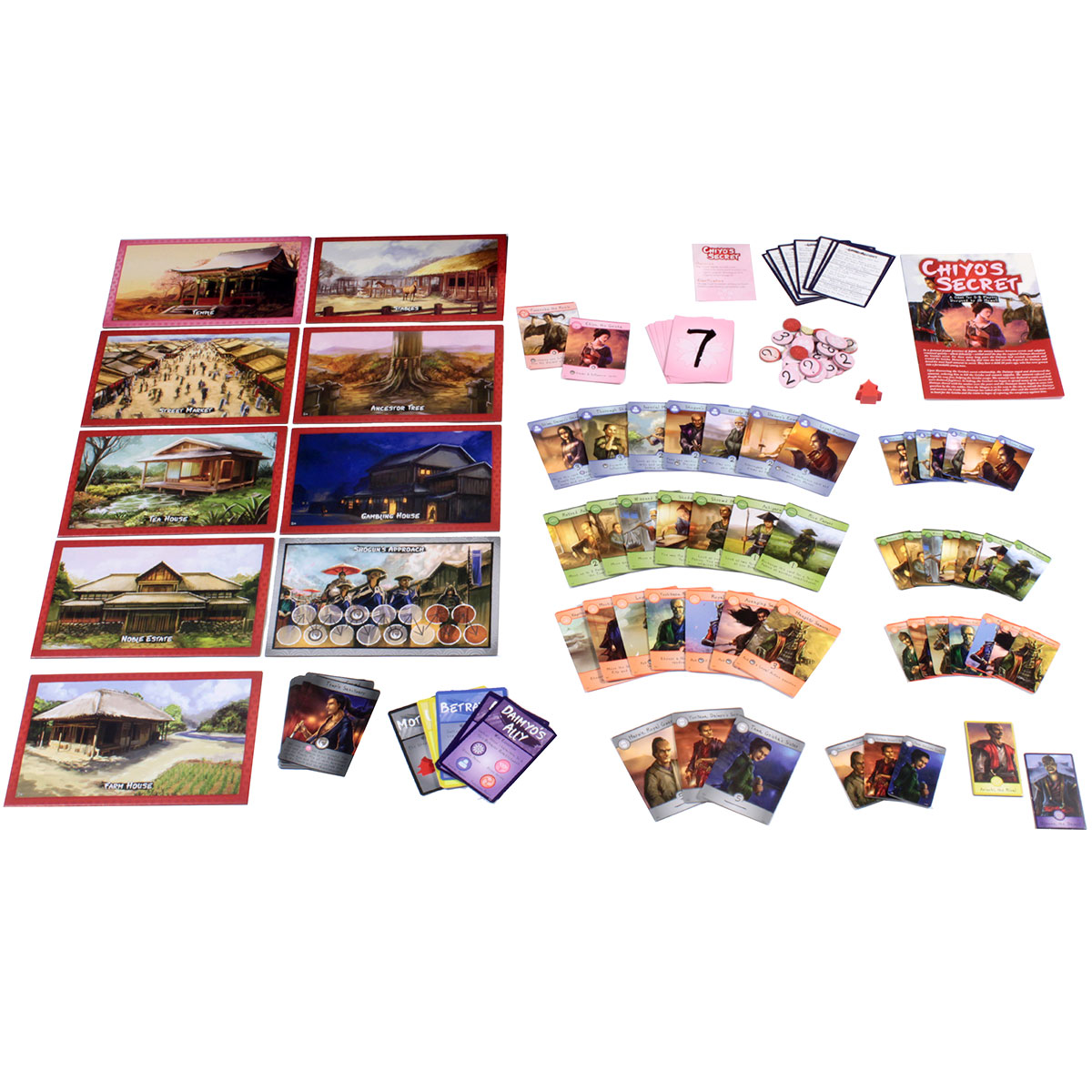 You are a noble ally of the daimyo, perhaps with a secret agenda of your own. In this hidden role game there are four teams: Loyal Allies, who seek to capture Chiyo and Fusanobu and send them to be executed for their crimes, Usurpers, who seek to lure Fusanobu and the Daimyo into a trap and seize power for themselves, Betrayers, who seeks to betray the Daimyo and present Chiyo and Fusanobu to the Shogun instead, and the lone Motonaka who seeks to protect his parents, hiding them until the Shogun arrives.

While Chiyo and Fusanobu hide among the patrons of local establishments, players will attempt to gather information and seek them out in order to successfully complete their objectives and win the game. They gain information by moving patrons between establishments and asking Motonaka questions. Motonaka may lie about the whereabouts of his parents once per game. The game ends when a player has met all of the conditions necessary for them to win the game.