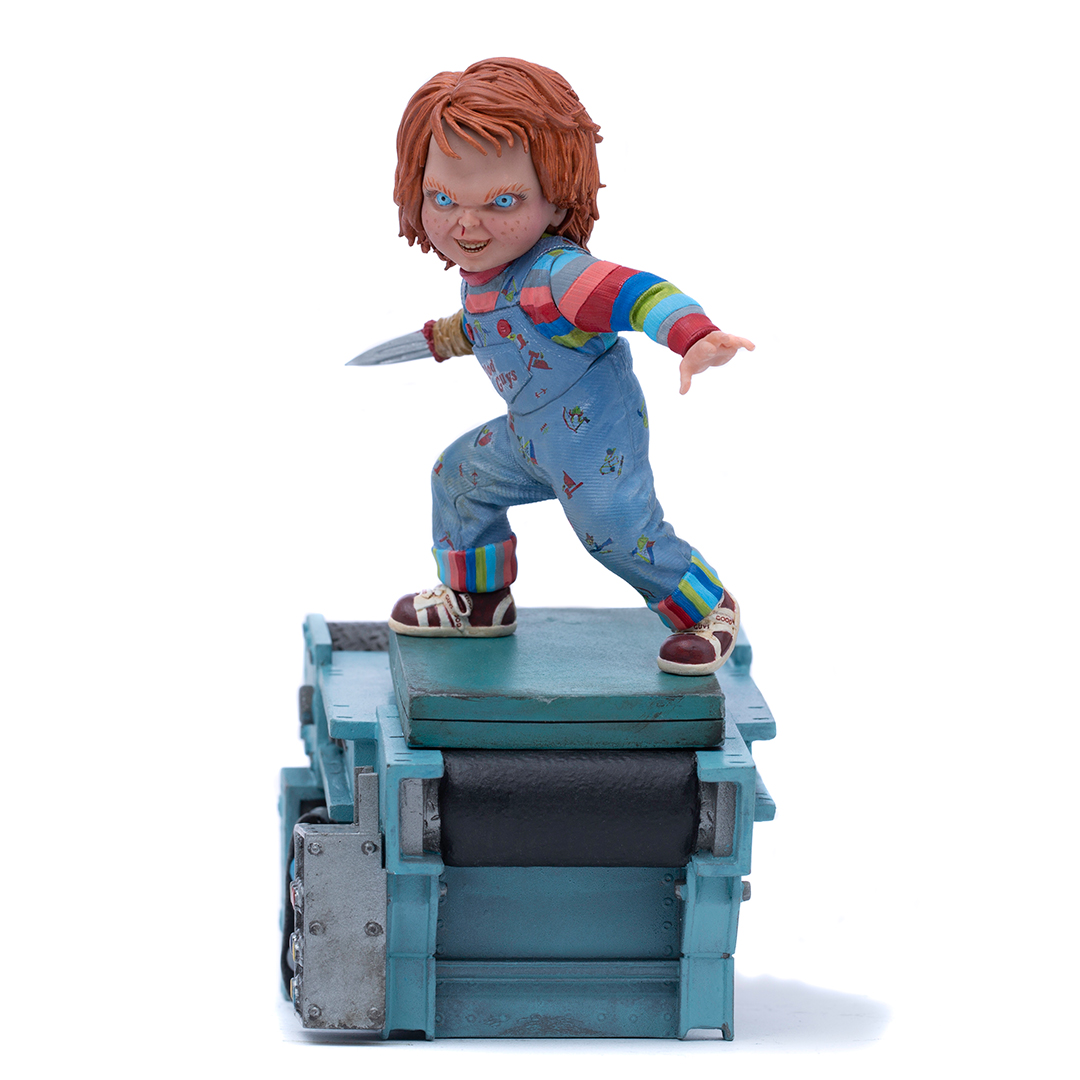 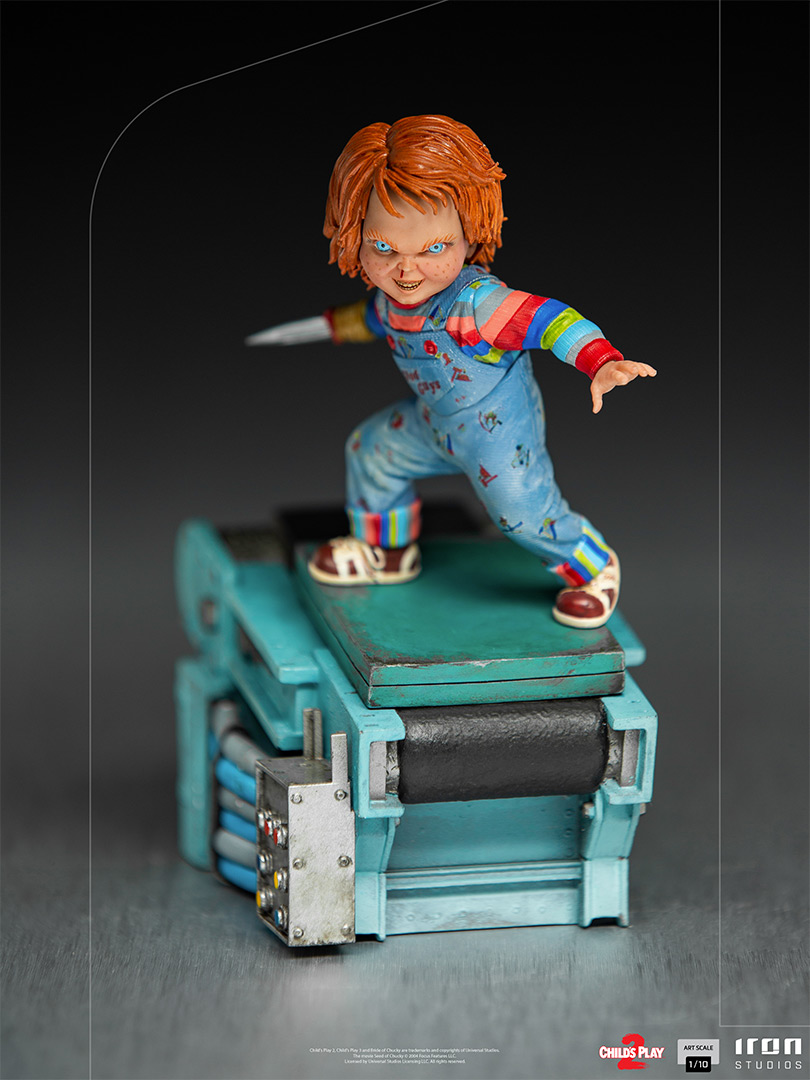 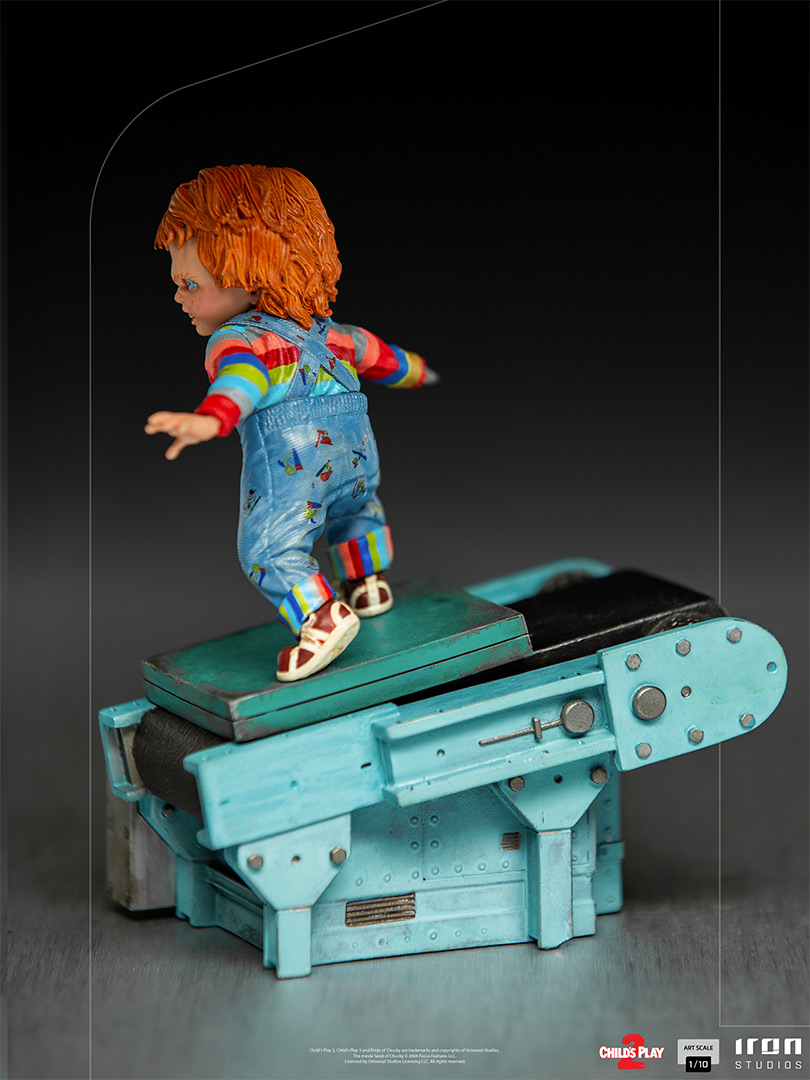 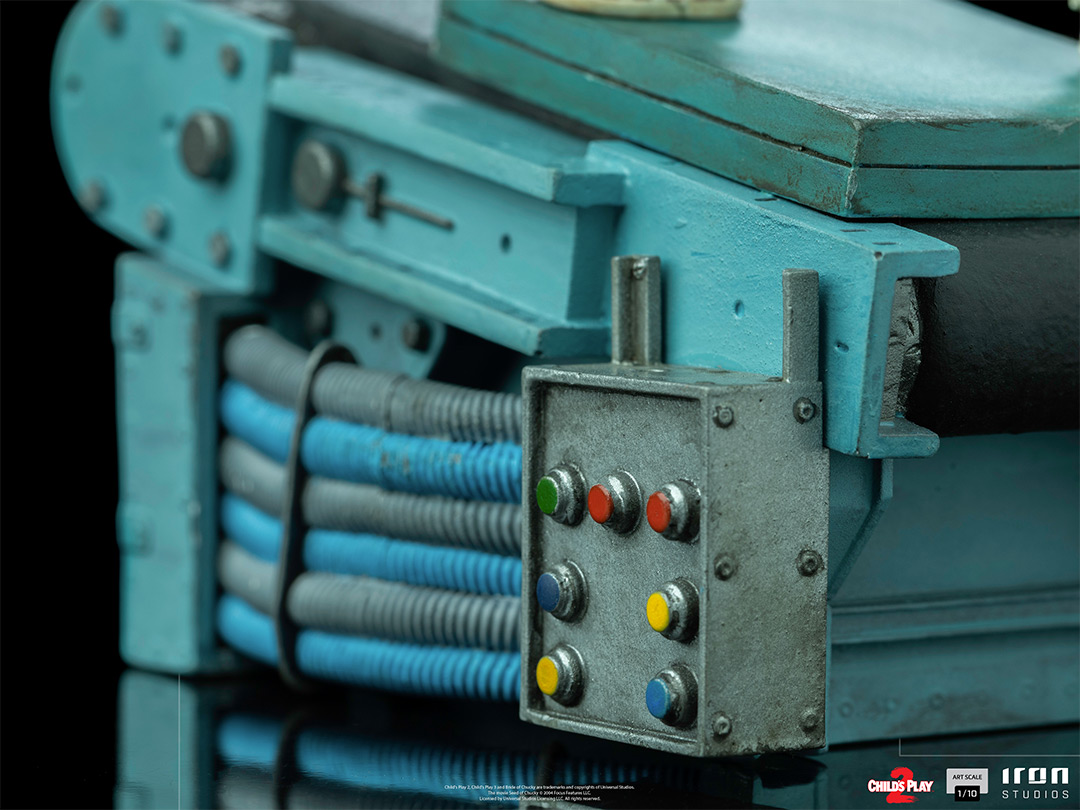 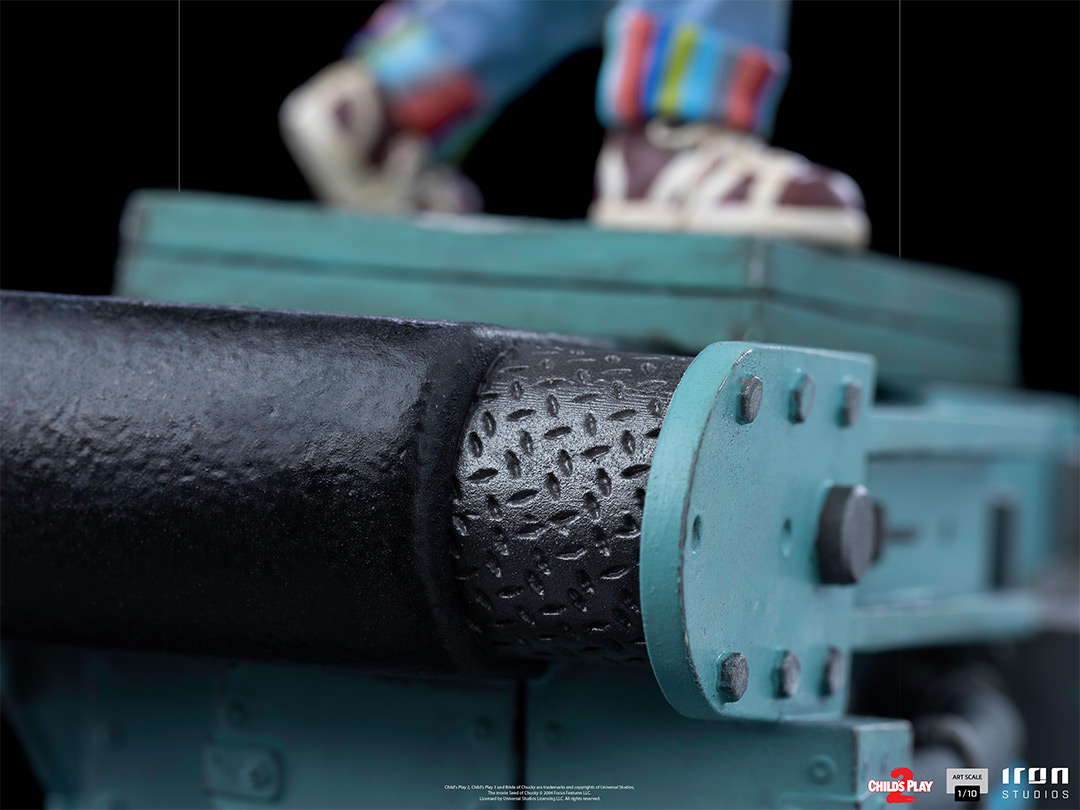 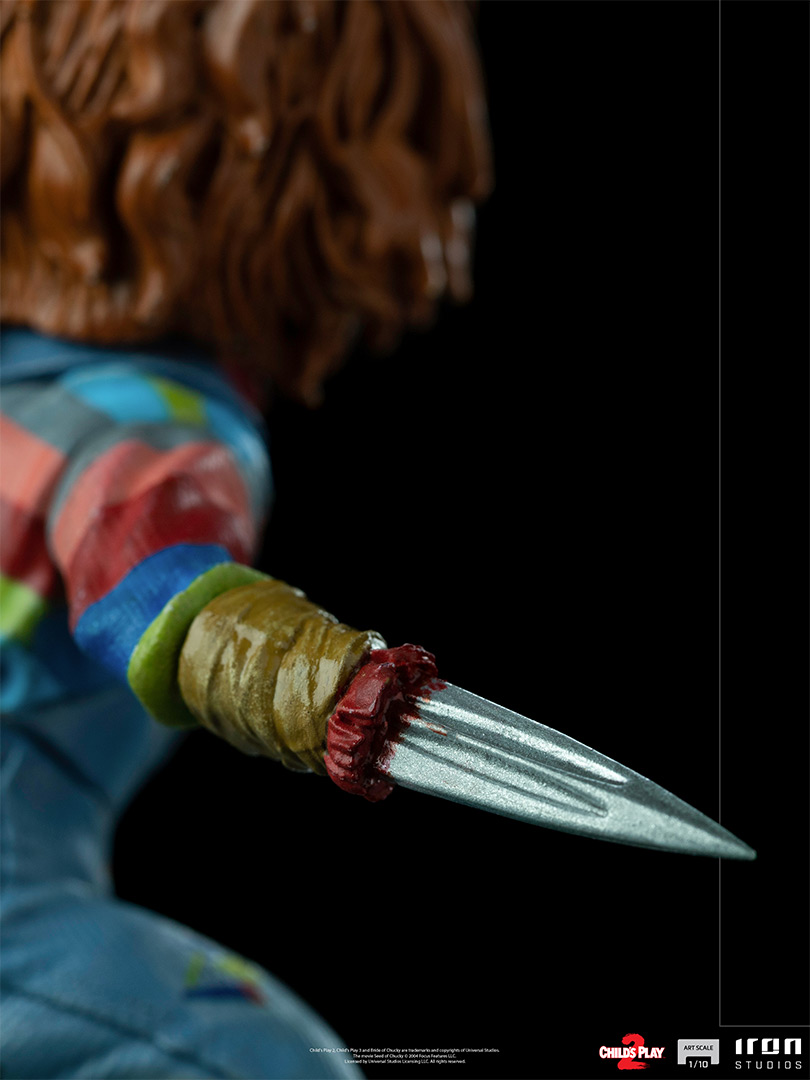 ABOUT THIS 1:10 SCALE STATUE

The unmistakable red-haired doll with colorful clothes is standing on the treadmill of one of the machines at the toy factory called Play Pals, where his plastic body was manufactured just like in the second film of his long trajectory in theaters. The doll appears with its lethal knife inserted in one of his fists, a sadistic smile on its face, and its big blue eyes focused on its next victim. The "Child's Play II Chucky - Art Scale 1:10 - Child's Play II - Iron Studios" statue arrives to add another cinema icon to Iron Studios' horror line.

During a chase through the streets of Chicago, Detective Mike Norris shoots fugitive and serial killer Charles Lee Ray. When Charles gets shot, he hides in a toy store and, already in pain, performs a Haitian voodoo spell, in which he transfers his soul to a doll named Good Guy. The toy is found by a street vendor, who sells it to a widow as a gift to her six-year-old son Andy. Lee Ray, who now lives in the doll's body, calls himself Chucky, and he tries to reverse the spell by transferring his soul to the boy's body because the longer he stays in this form, the more definitive, human, and vulnerable he will become. The killer villain then proceeds to use the seemingly innocent and fragile form of the toy to deceive his victims. In the second film, Andy ends up in an orphanage because his mother is in a mental hospital, and Chucky returns to chase him.

The character, one of the most popular in contemporary horror, was created by Don Mancini in the 1988 film Child's Play and was played by actor Brad Dourif, both in live-action and voice-over. Chucky is the forerunner of a seven-film franchise and will get a TV series, which will premiere in October 2021, in celebration of Halloween.