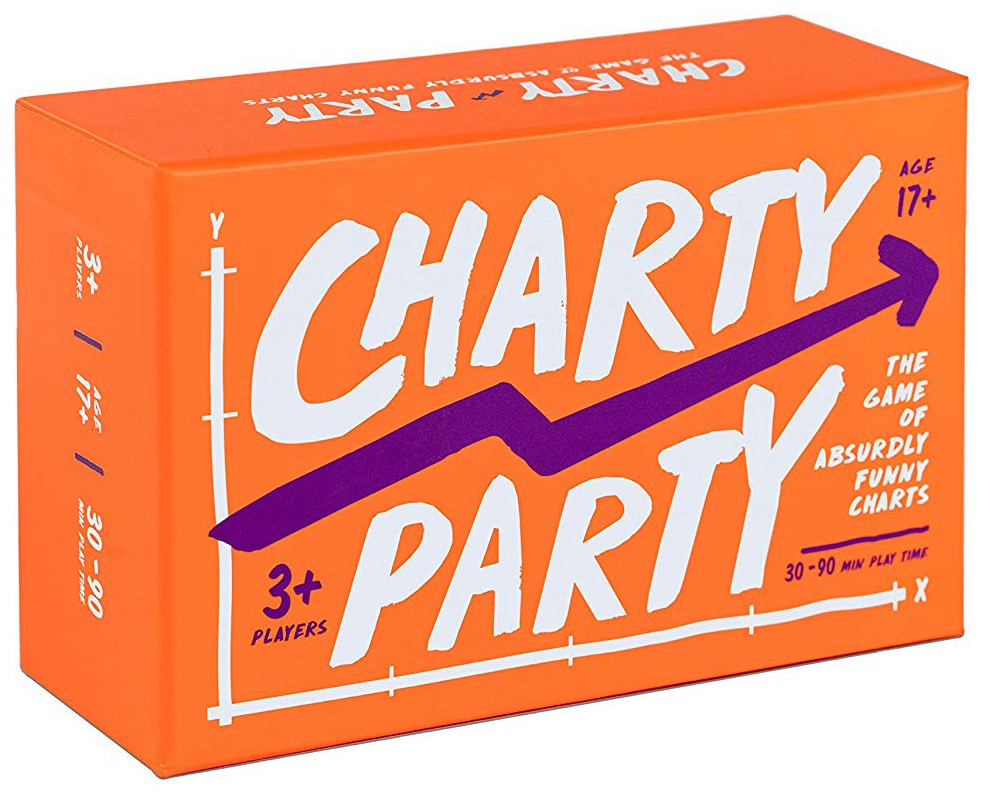 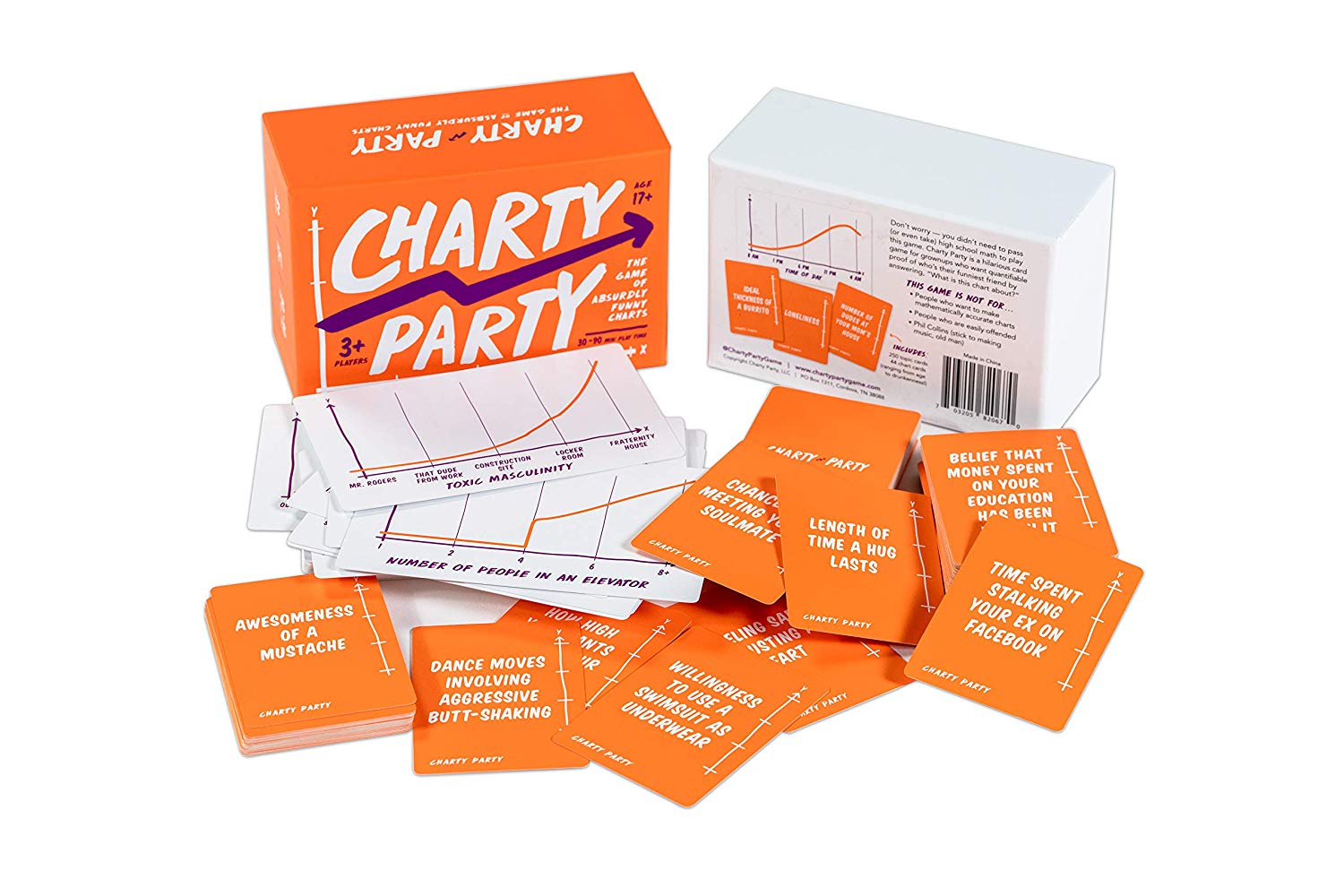 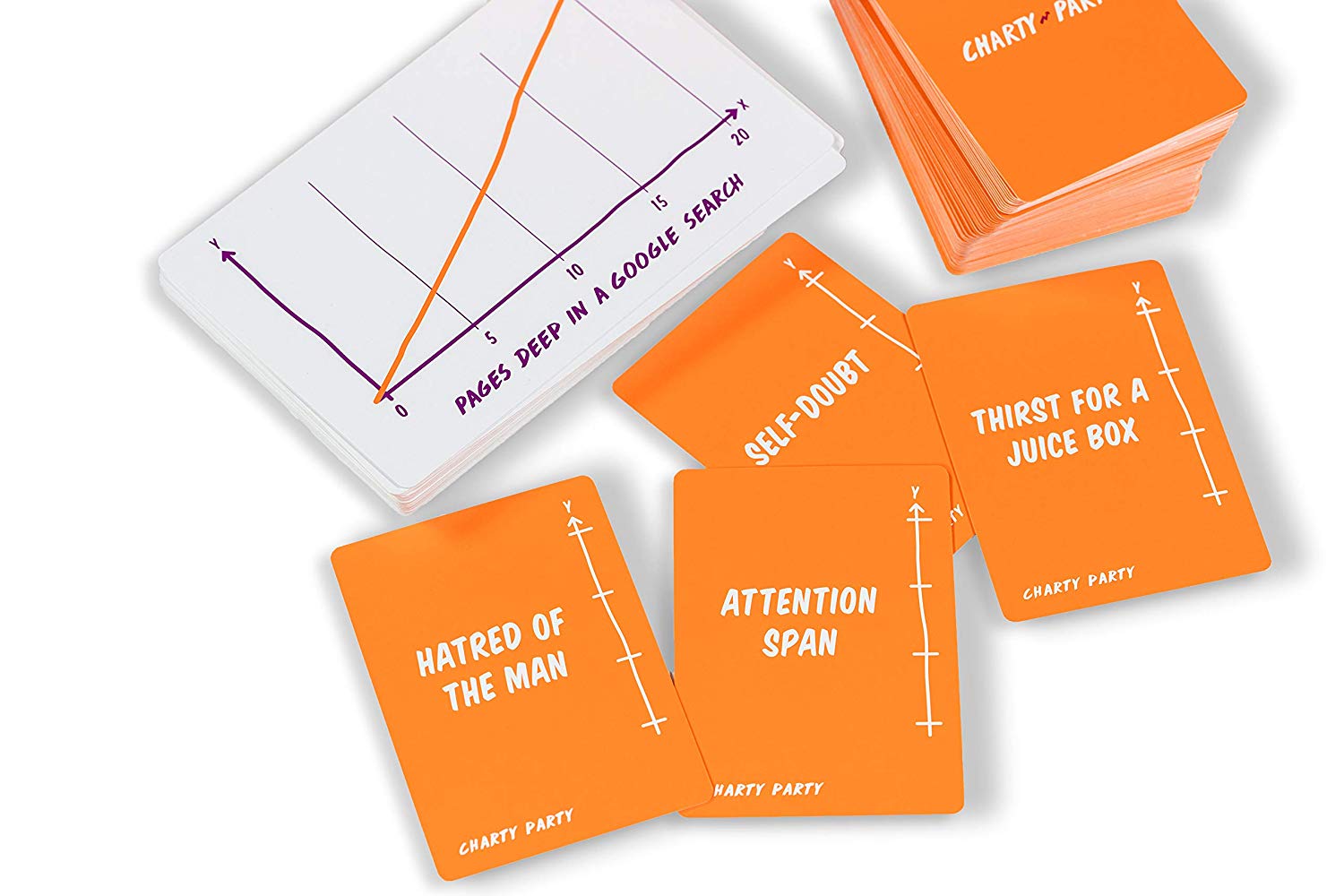 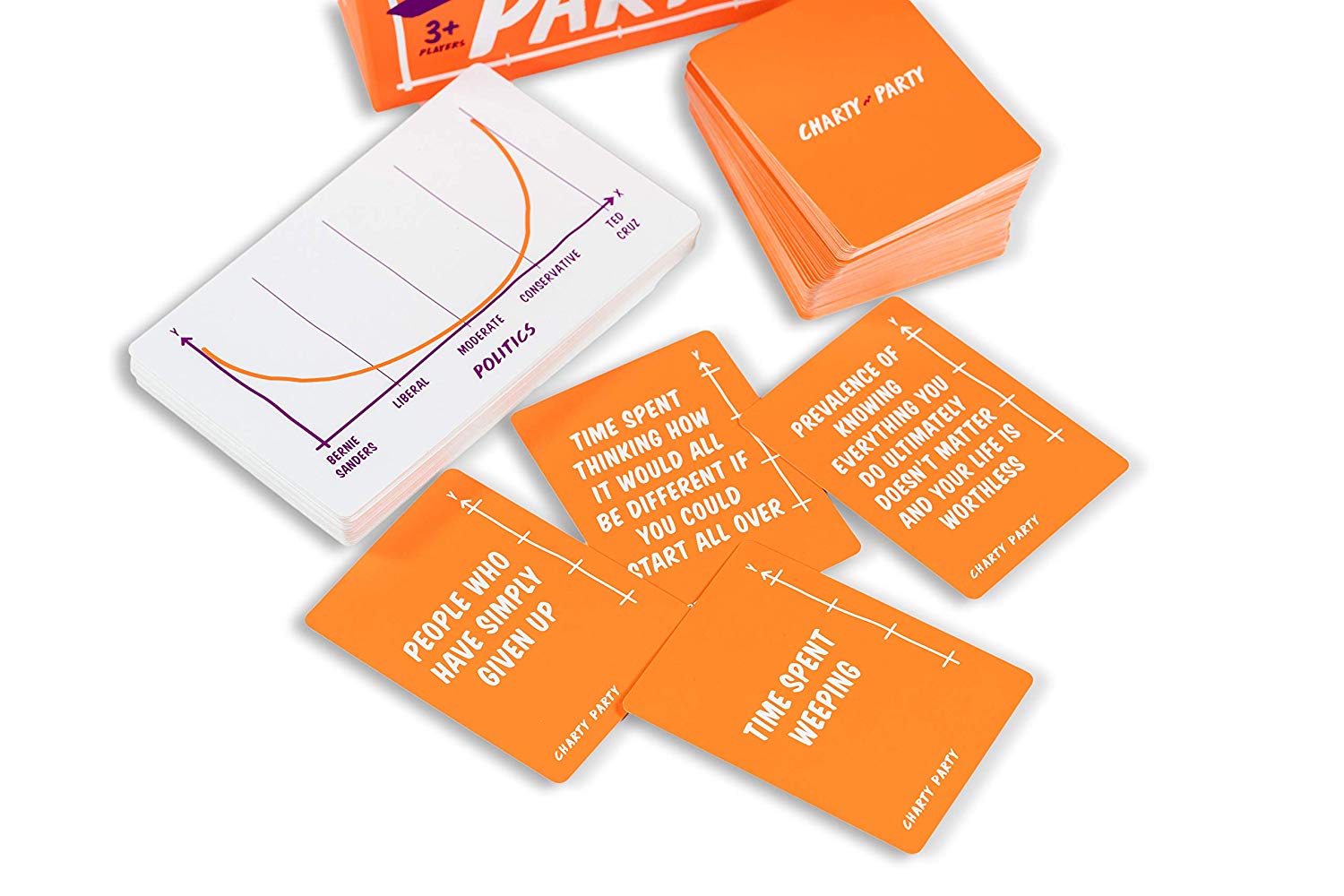 Gameplay is simple: for each round, one player is selected to be the "Judge" and flips over a chart card (with topics ranging from age to drunkeness to nxiety level). Everyone else anonymously plays their funniest orange card to name the "Y axis" (vertical side) of the chart. The judge presents each chart + card combo, and picks a winner based on which one they found funniest!

Charty Party raised over $60,000 its first crowdfunding campaign, and quickly is becoming a millennial favorite due to: