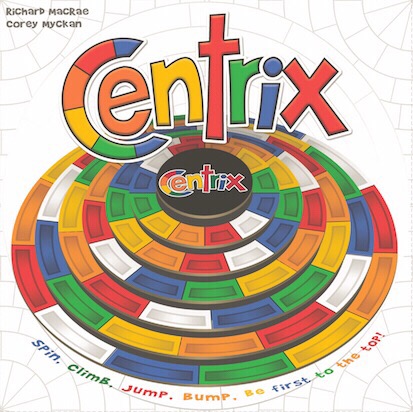 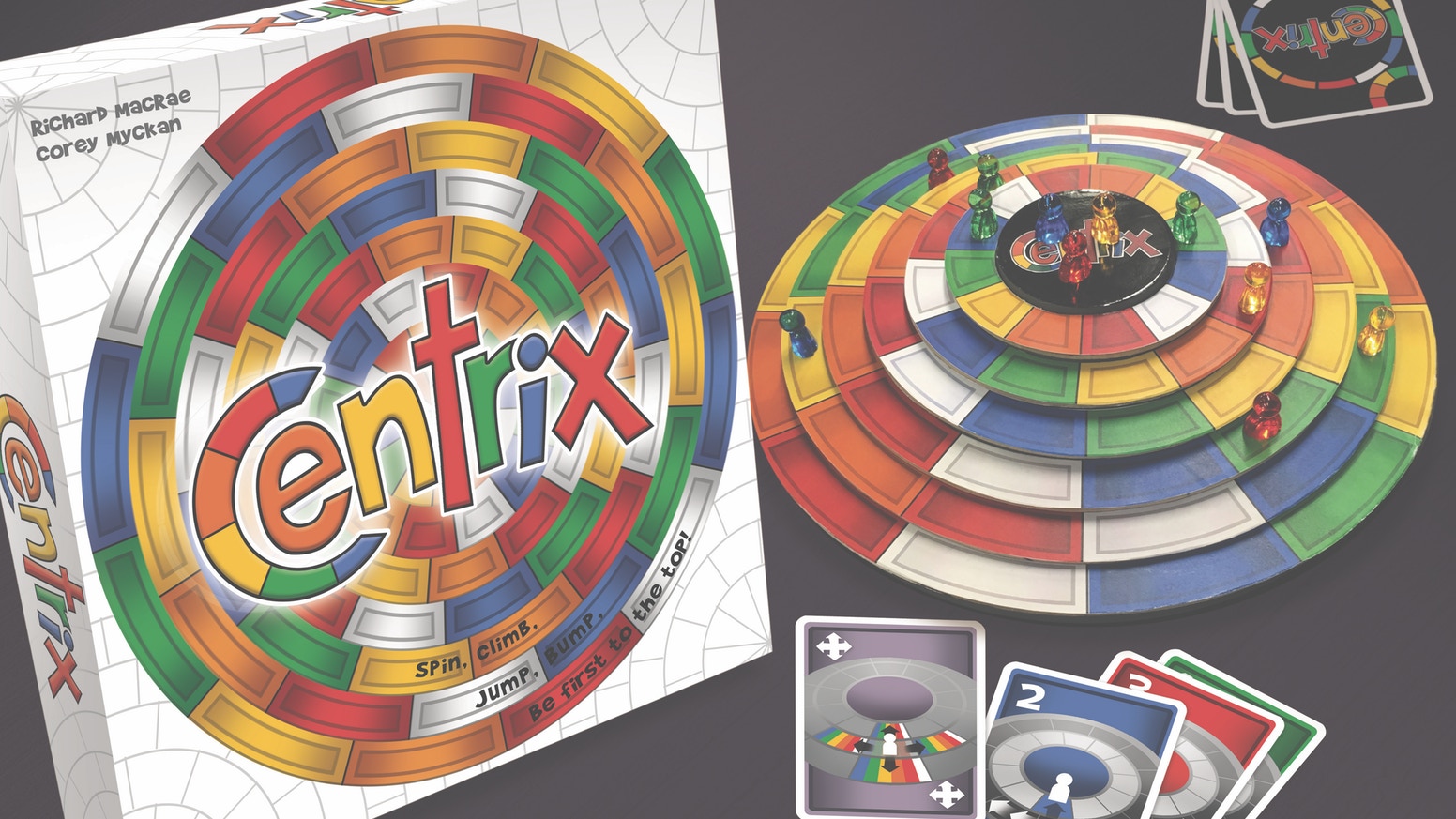 Centrix is a fun, friendly and frantic multi-level three dimensional game. Use Card combinations to rotate the rings of the game board and climb your play pieces to the top. Skillfully unlock the best route up the ever-changing game board. Use strategy and tactics to jump over as many play pieces as you can, and prevent other players from getting to the top first by bumping them down.

Spin, Climb, Jump, Bump; Be First to the Top

OBJECT OF THE GAME
Move all three pawns up the six rings and enter them all onto the top stationary 7th level. First to do this wins the game. Second, third and fourth place winners follow continuing the game until the last pawn reaches the top level.

CARD PLAY
There are three types of cards in the deck:

1. Numbered color cards are the main cards used in playing the game.

2. Any-color wild-cards, allow you to move one pawn up, down or to an adjacent square from where your pawn is positioned, regardless of the color of that square:

3. Unlimited-spin, any-color wild-cards, allow you to rotate one ring (optionally) any number of squares clockwise or counter-clockwise, provided that you have a pawn on that ring:

COURSE OF THE GAME

END OF THE GAME