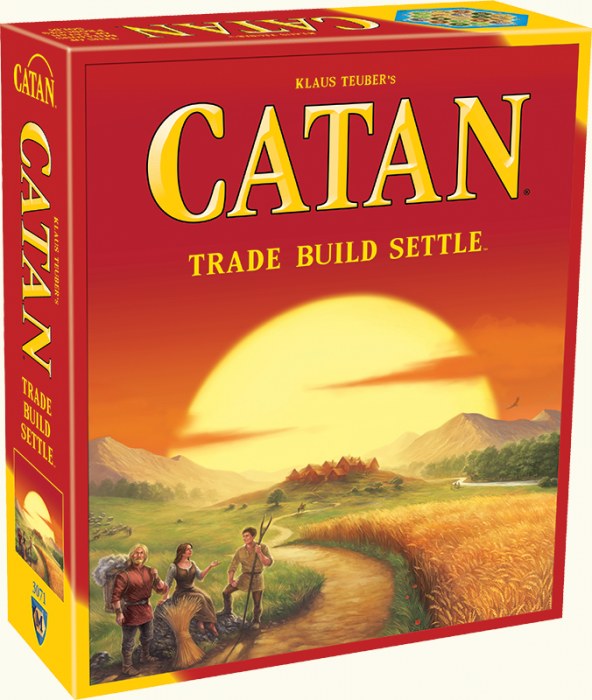 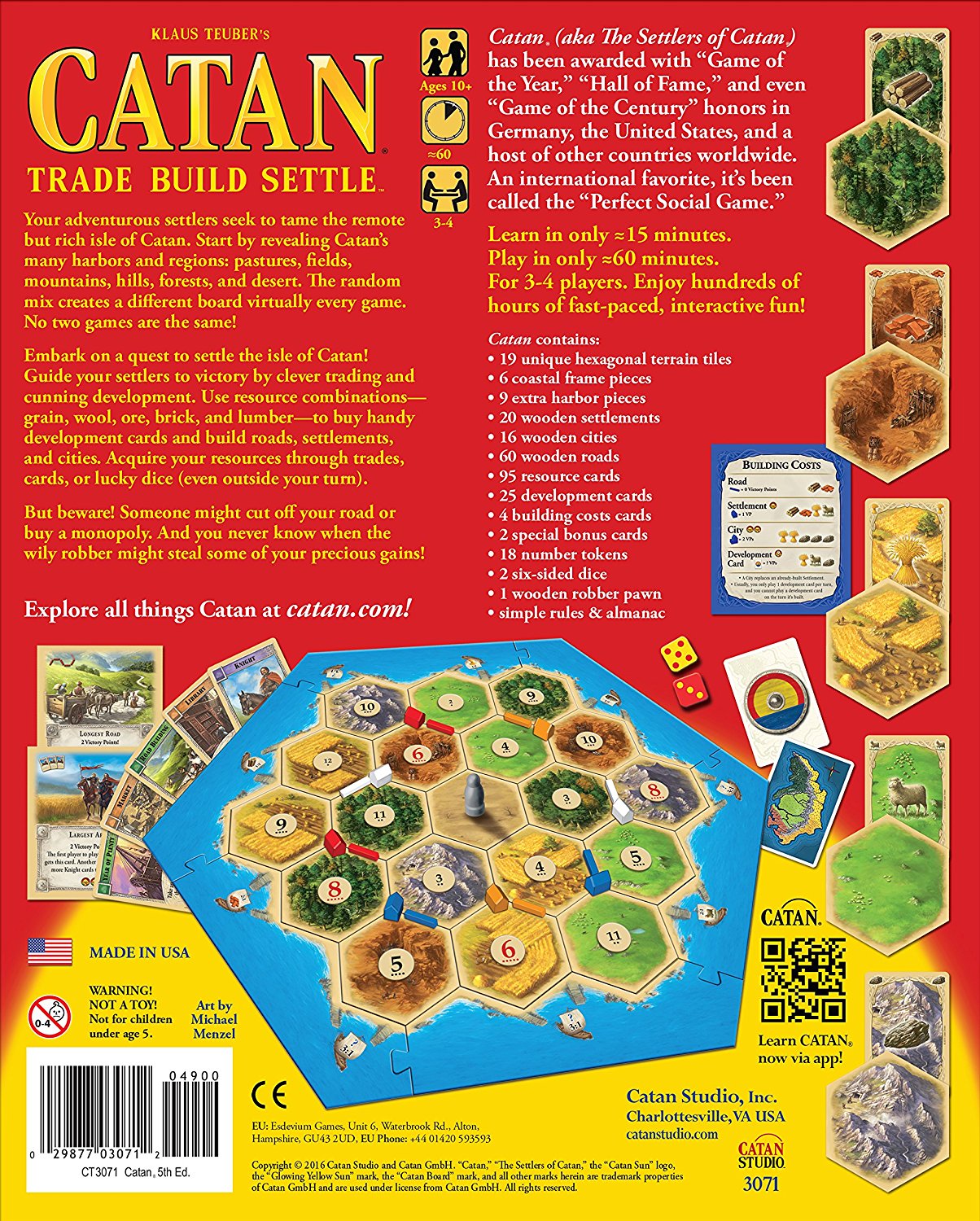 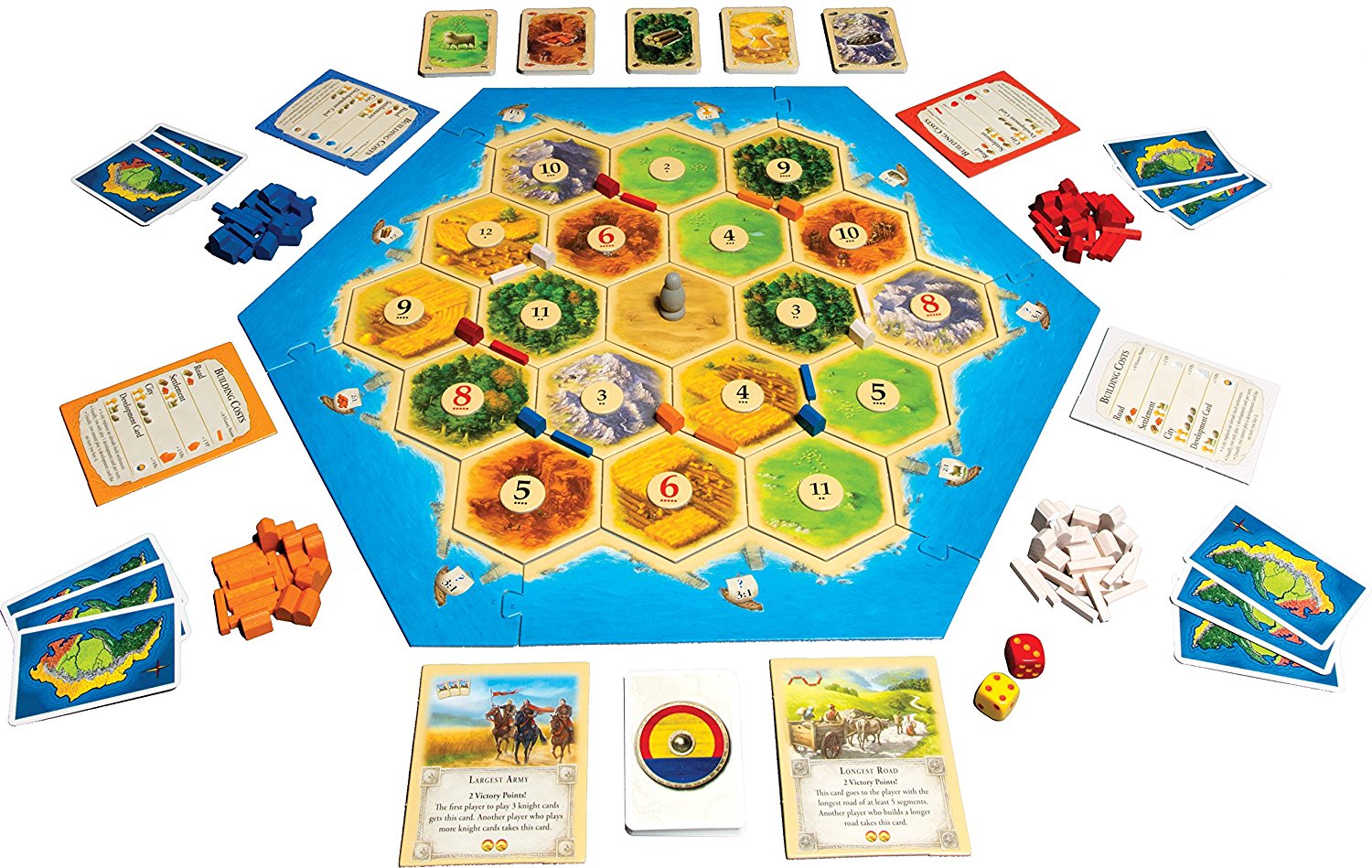 In The Settlers of Catan, players try to be the dominant force on the island of Catan by building settlements, cities, and roads. On each turn dice are rolled to determine what resources the island produces. Players collect these resources (cards) - wood, grain, brick, sheep, or stone - to build up their civilizations to get to 10 victory points and win the game.

Setup includes randomly placing large hexagonal tiles (each showing a resource or the desert) in a honeycomb shape and surrounding them with water tiles, some of which contain ports of exchange. Number disks, which will correspond to die rolls (two 6-sided dice are used), are placed on each resource tile. Each player is given two settlements (think, houses) and roads (sticks) which are, in turn, placed on intersections and borders of the resource tiles. Players collect a hand of resource cards based on which hex tiles their last-placed house is adjacent to. A robber pawn is placed on the desert tile.

Points are accumulated by building settlements and cities, having the longest road and the largest army (from some of the development cards), and gathering certain development cards that simply award victory points. When a player has gathered 10 points (some of which may be held in secret), he announces his total and claims the win.

The following changes have been made: