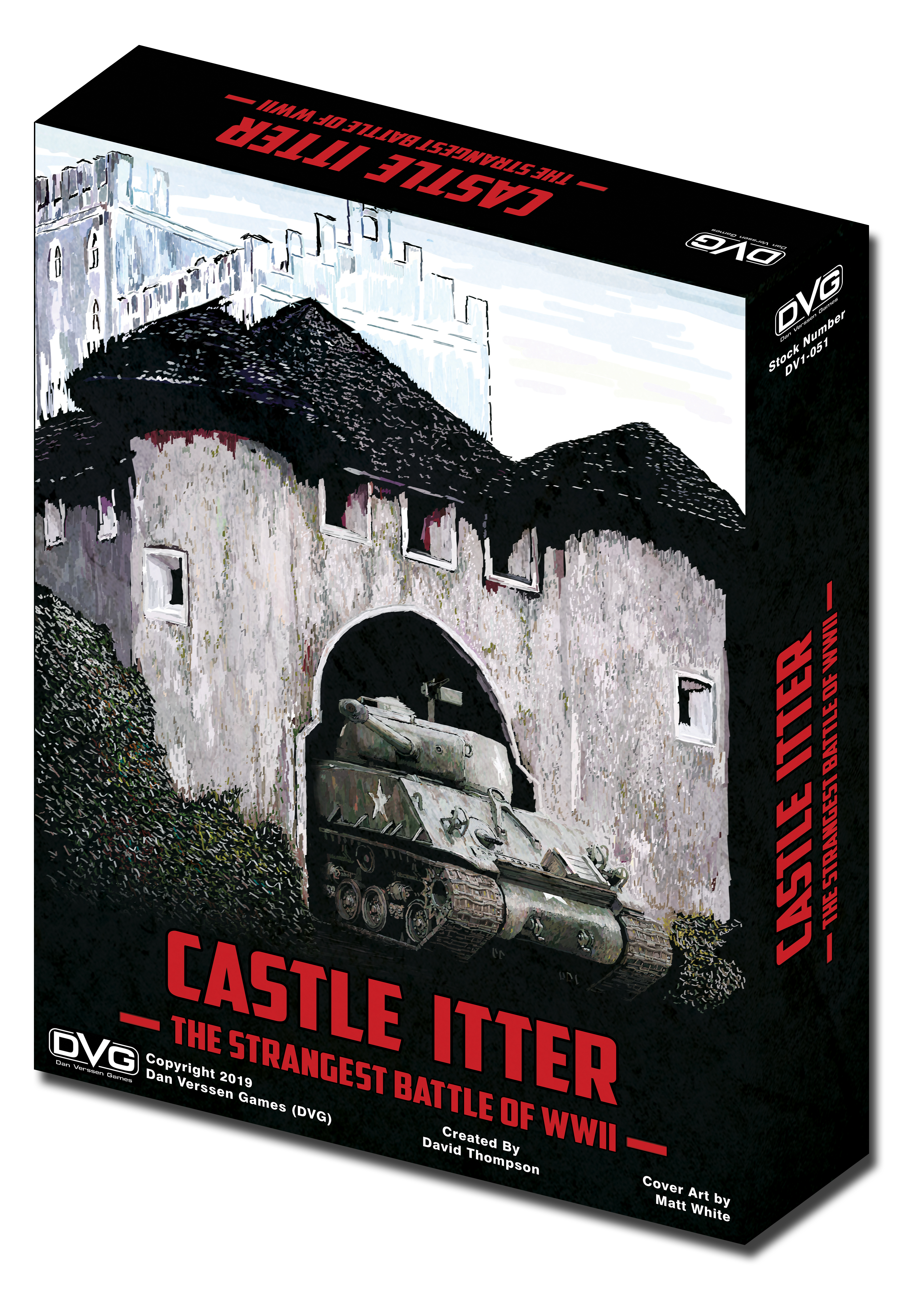 The Battle for Castle Itter was fought near the Austrian village of Itter on 5 May 1945, in the last days of the War in Europe during World War II. US soldiers joined forces with Wehrmacht infantrymen, an SS officer, an Austrian resistance fighter, and recently freed French prisoners of war to defend an Austrian castle against an attacking force from the 17th SS Panzergrenadier Division.

Object of the Game

During a game of Castle Itter, you take the role of the force that defended the castle from 0400 - 1600 on 5 May 1945. The goal of the game is to last until the SS deck is depleted, without allowing SS Counters to reach the castle. You score points for each Defender that survives the assault and lose points for each SS Counter remaining on the board at the end of the game - the higher your score, the better.

Castle Itter is divided into turns. Each turn consists of two phases:

There are four different categories of SS Cards, based on the card effect:

The game ends at the end of the turn when the SS deck is exhausted or immediately if the 142nd Infantry Regiment card is drawn from the SS deck.