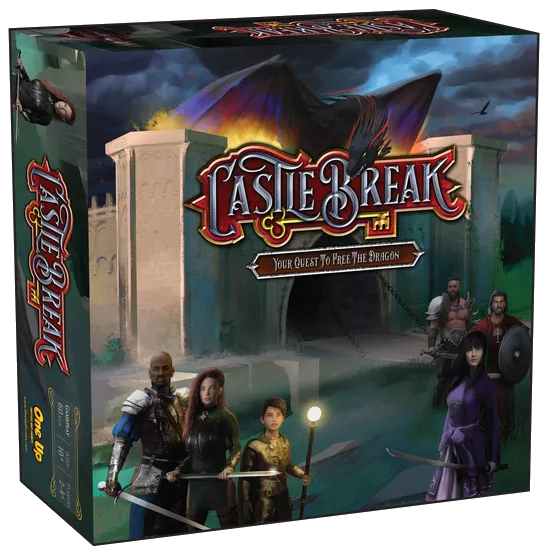 Welcome Warriors! You have been chosen to represent your Kingdom in this year’s Castle Break Games. Enter the race to see who can be the first to free Sinder, the dragon locked inside the center of West Raven Castle.

To win, you must complete Quests by collecting Trade Goods, using your Tools and Weapons, and harnessing your Magical Powers. But beware: your opponents will attempt to barter, steal, and outwit you at every turn to achieve their aims.

For each Quest completed, you will be rewarded in coin. Earn 6 coins, have them melted into 3 keys, and unlock the gates to DRAGON’S TOWER. There you will free the dragon and achieve what mere mortals can only dream of – earning the title of this year’s CHAMPION of The Castle Break Games!

Castle Break is a fast-moving, interactive game for all ages. The balance of player interaction and strategy has players wanting to play over and over again.