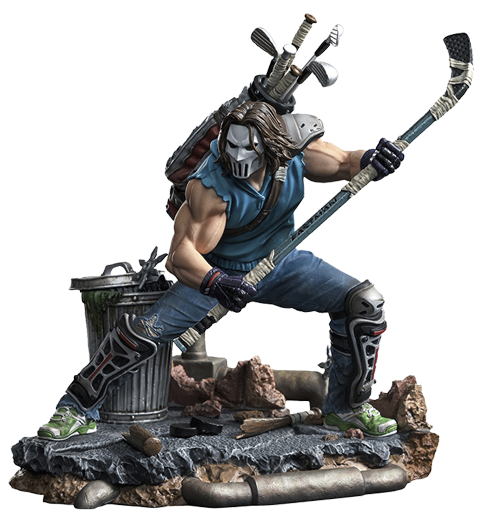 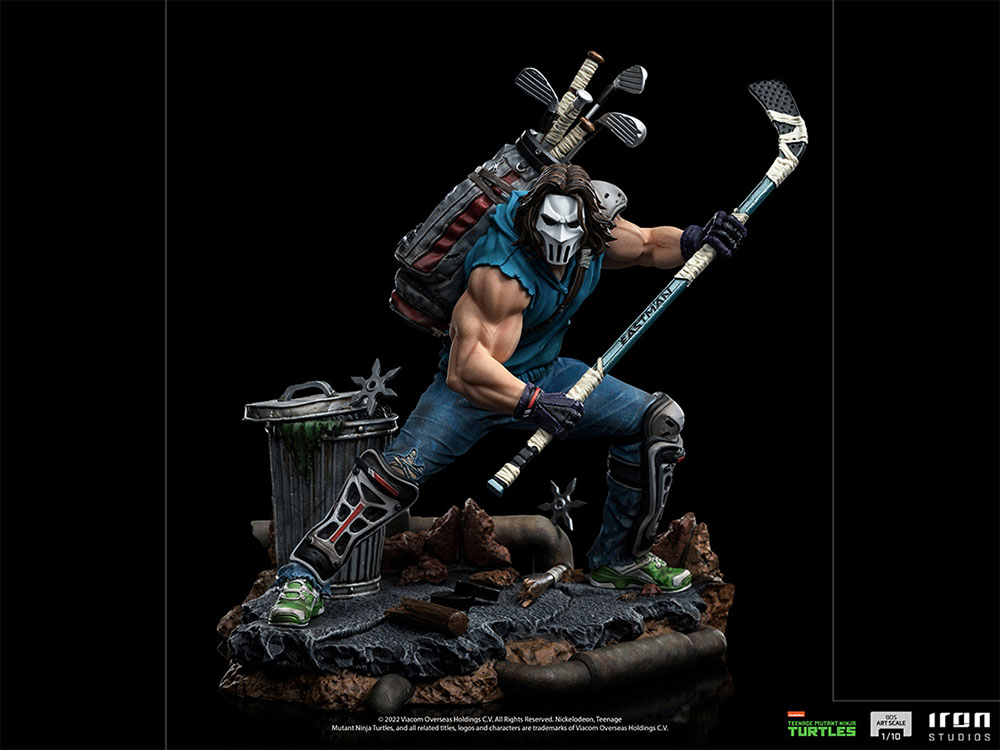 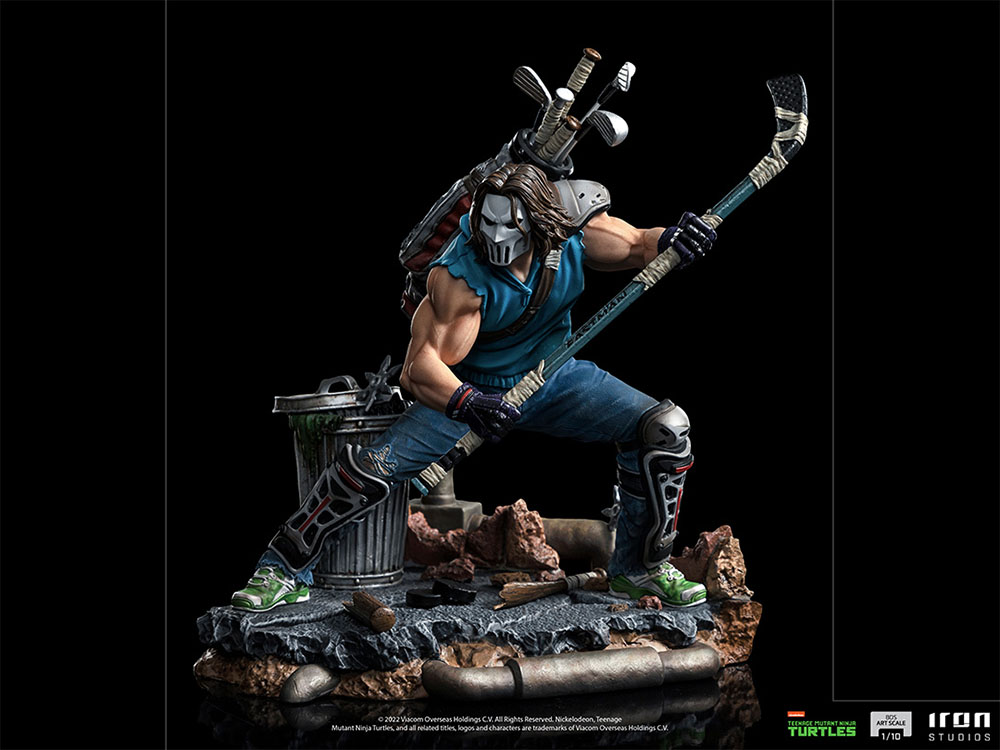 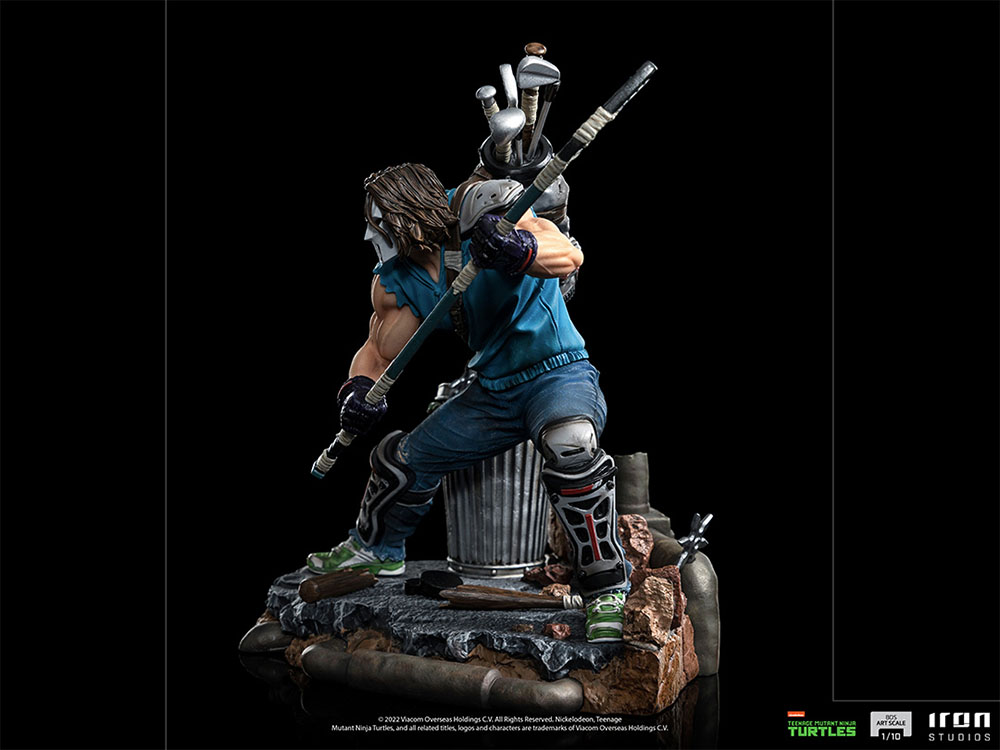 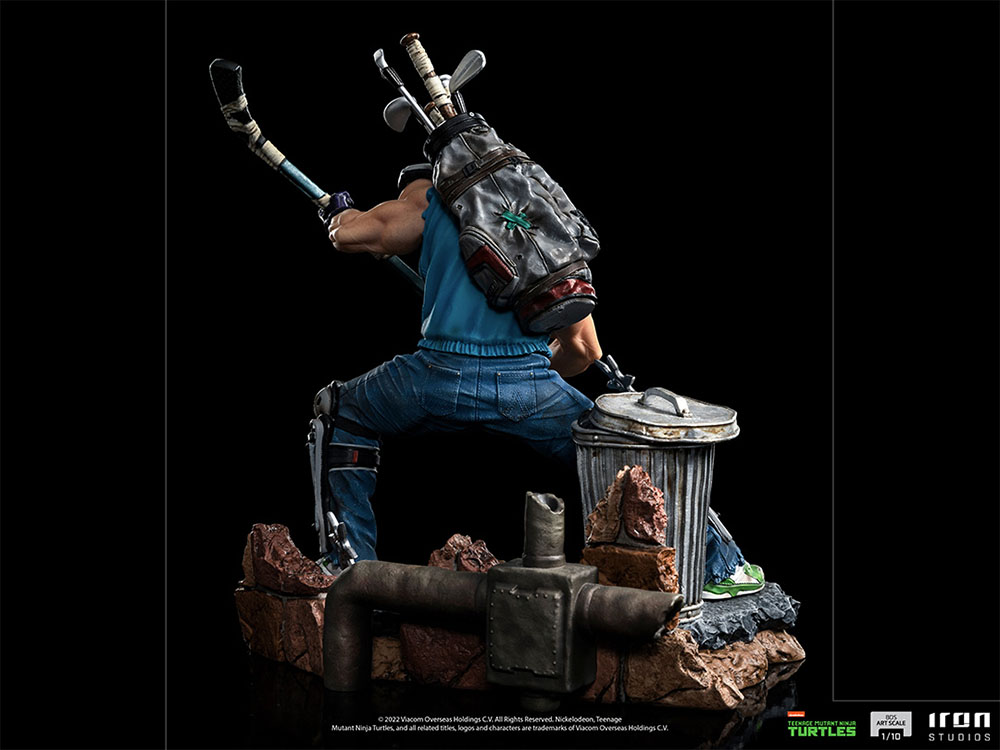 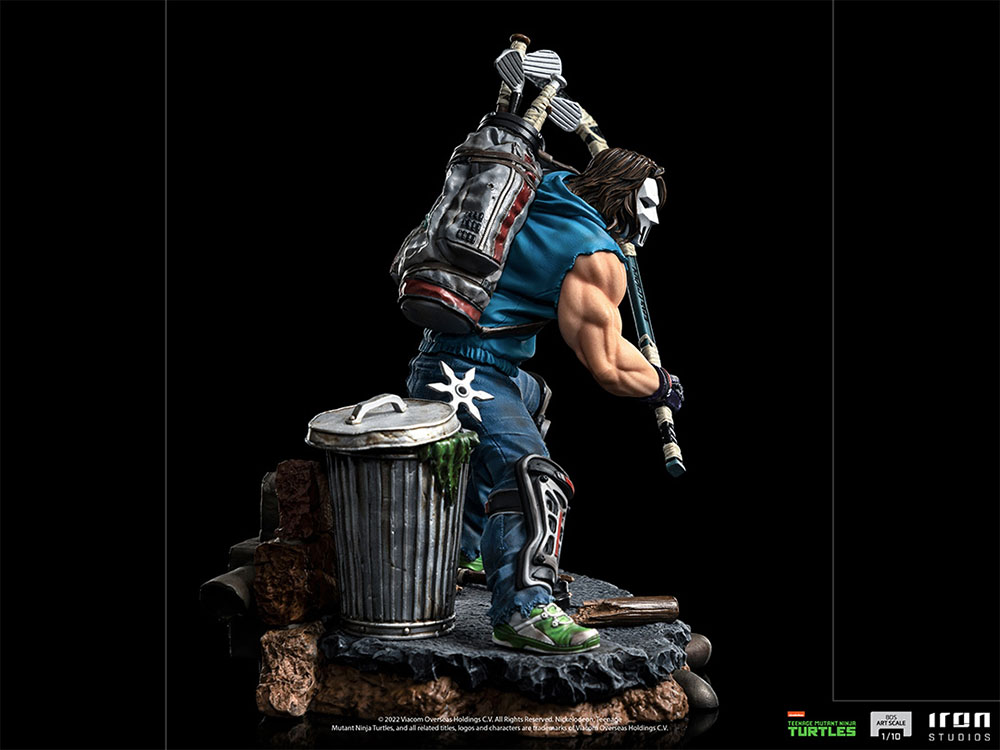 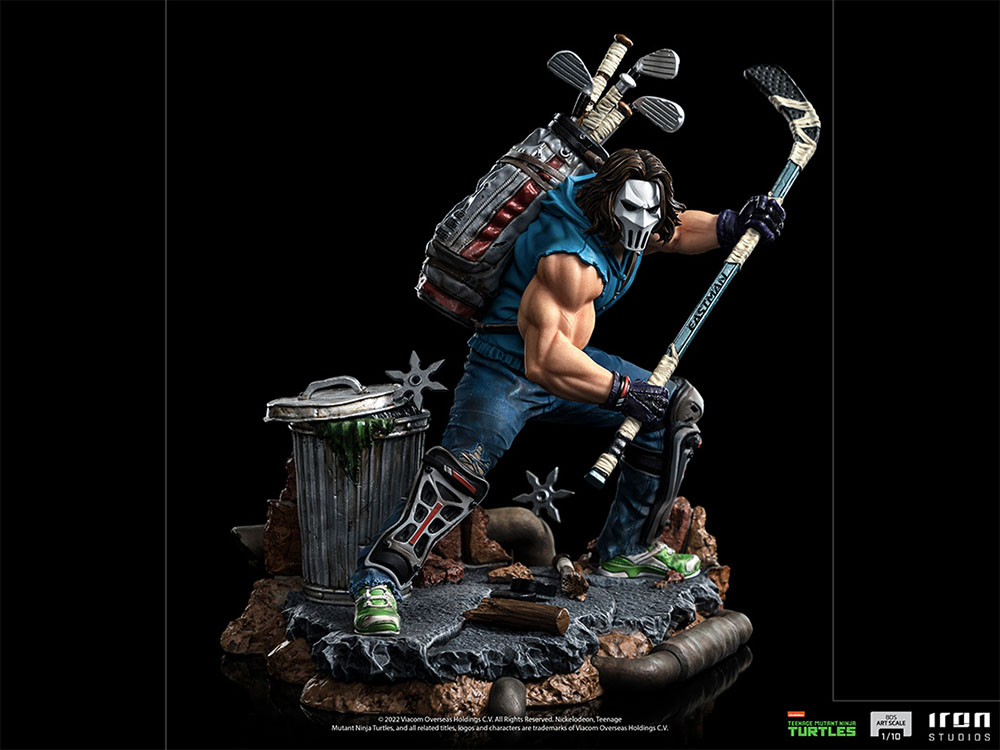 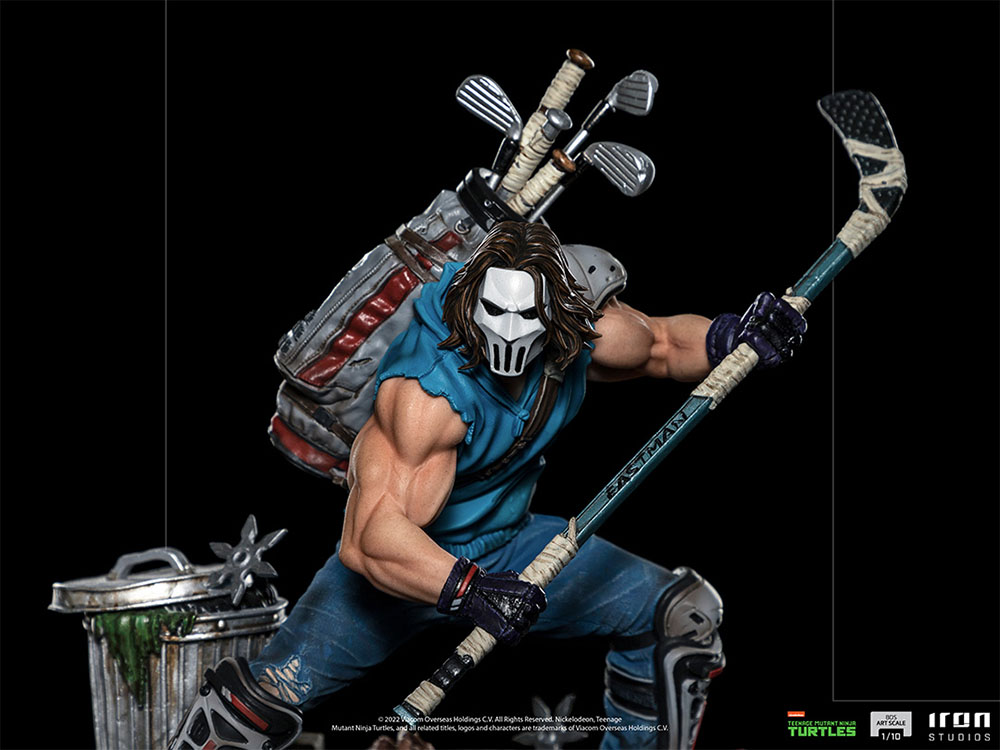 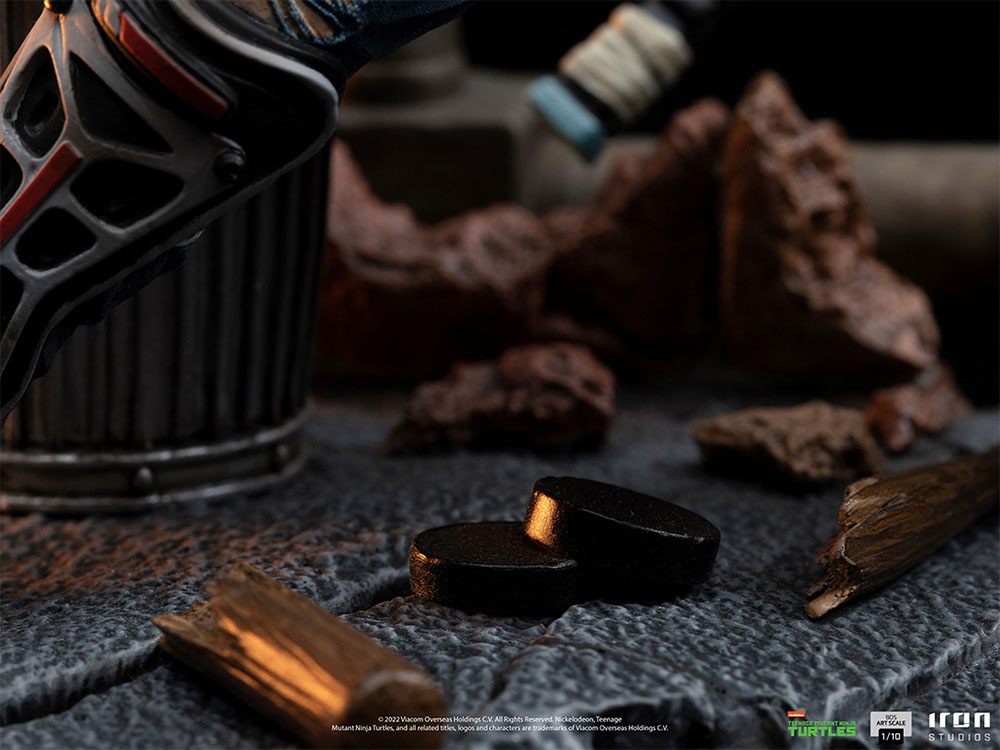 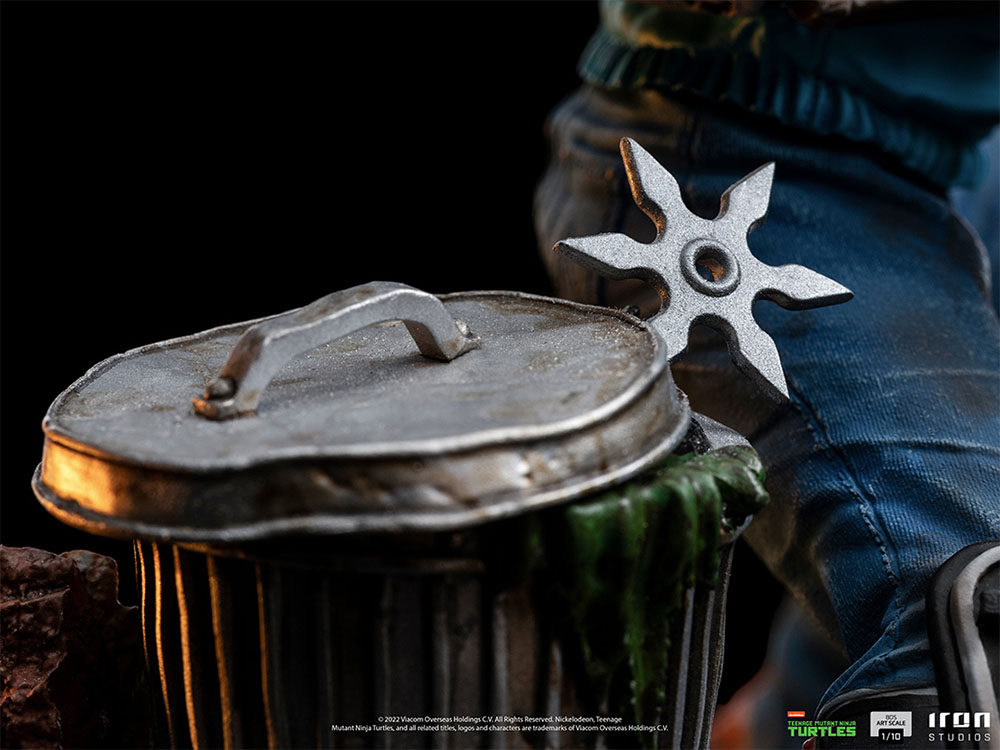 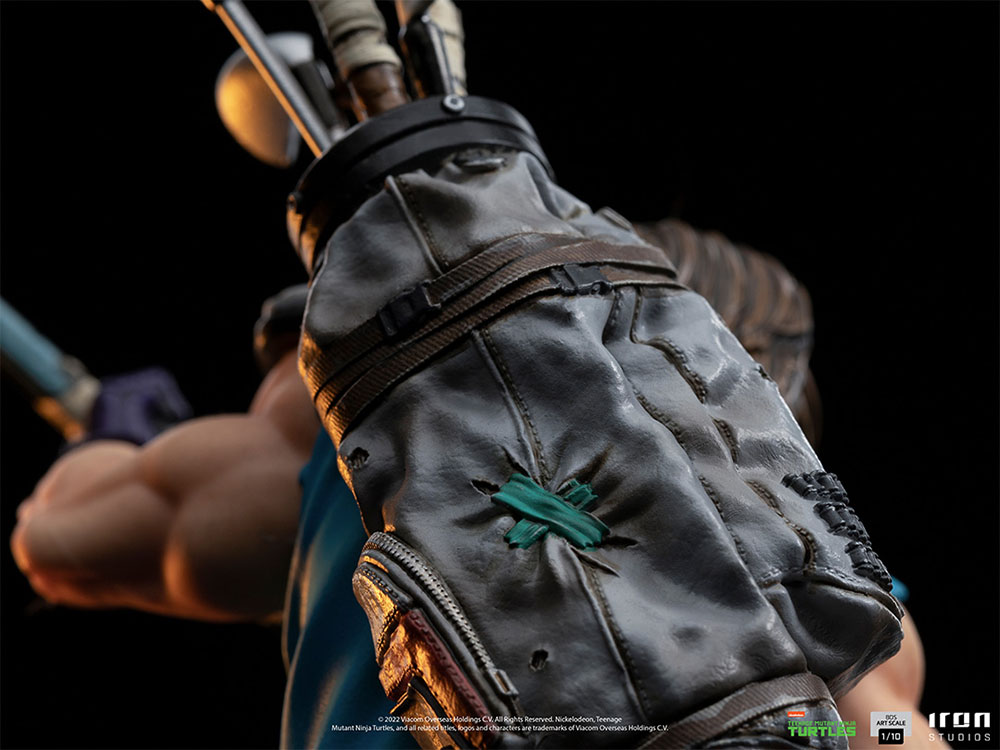 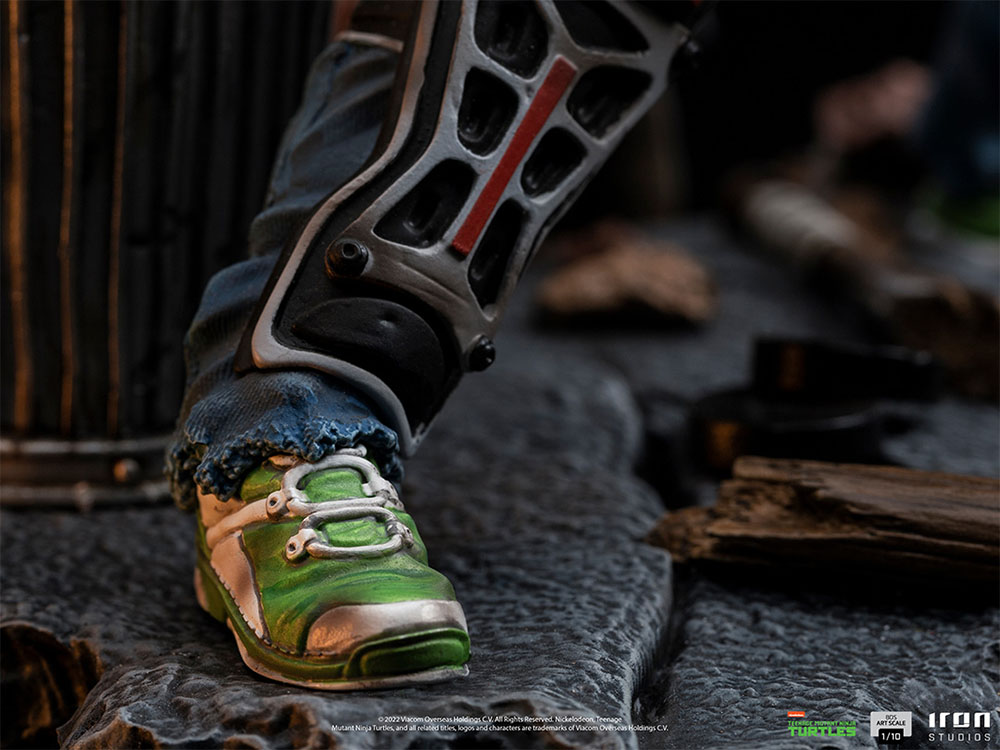 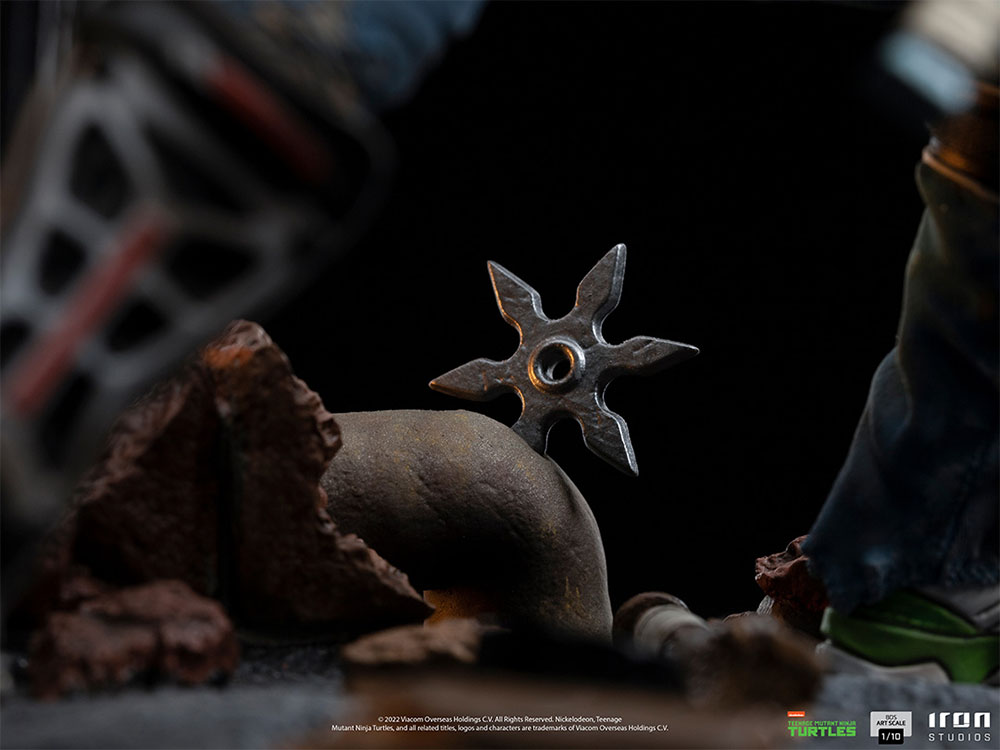 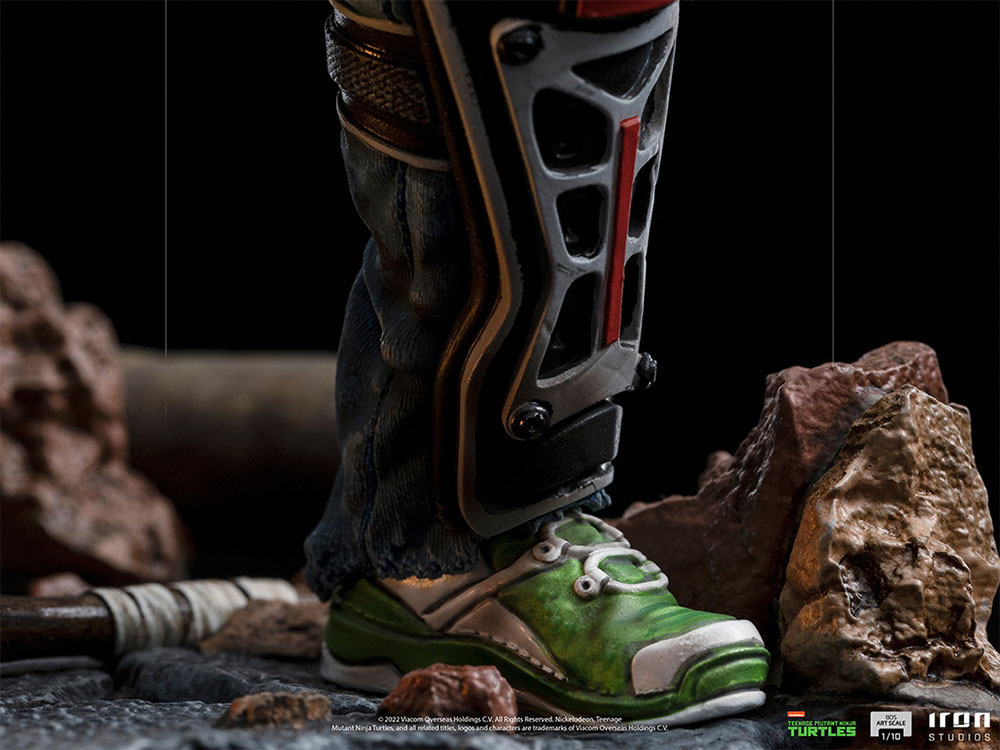 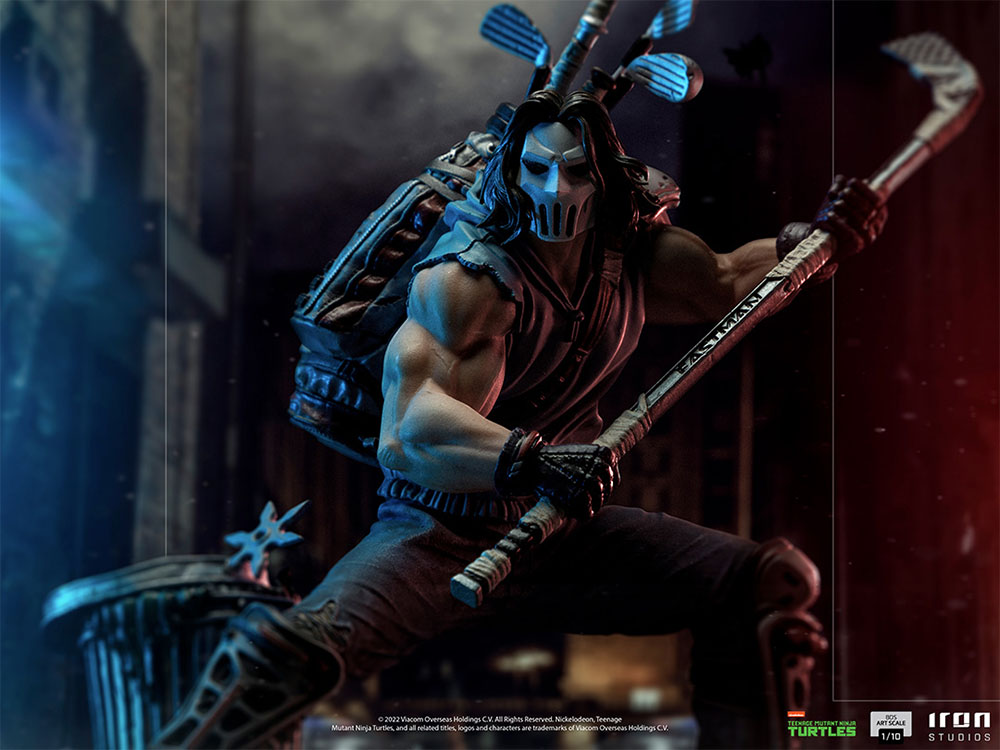 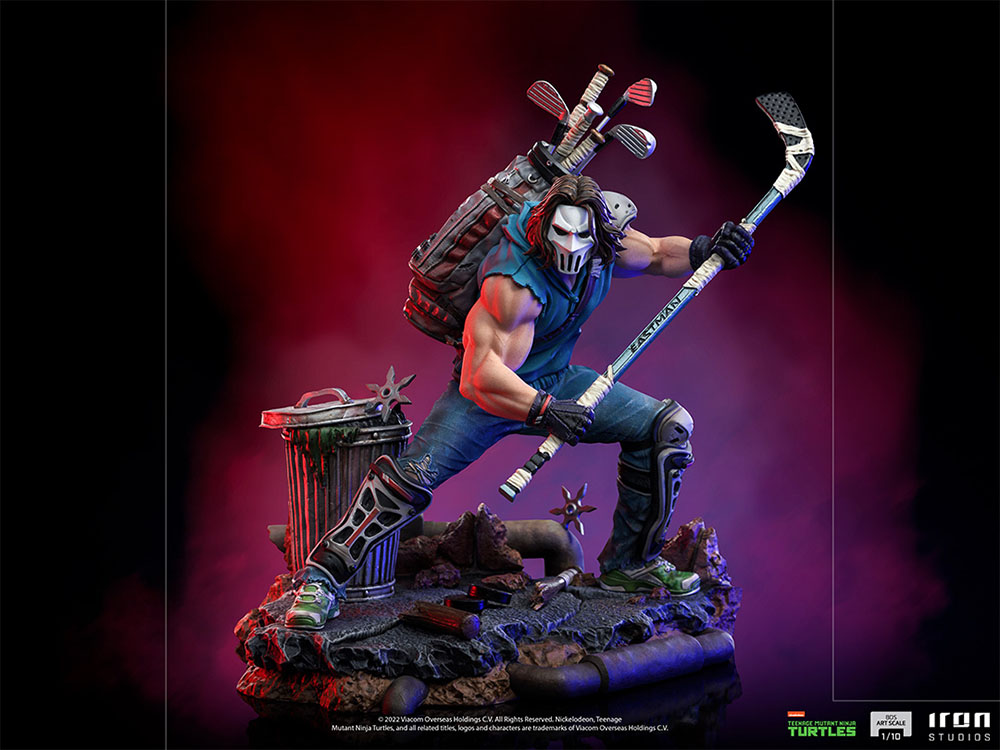 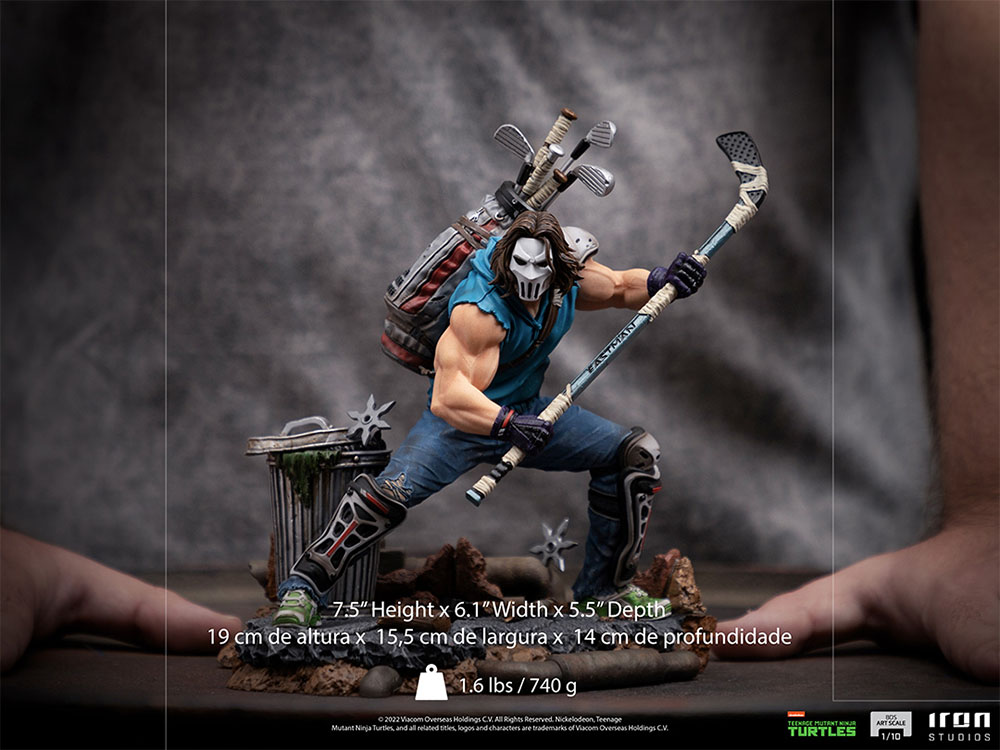 Ferocious and moody, the urban vigilante with long hair, patrols the alleys and streets of New York City, hiding his identity with a Hockey mask, he wields his hockey stick, preparing himself to hit two hockey pucks in an offensive strike against his opponents. Carrying a golf bag on his back with golf clubs to be used as combat weapons, the warrior ally of the Mutant Ninja Turtles uses cycling gloves and other sports protective equipment over his casual clothes as a combat suit to impose his rough and intimidating looks and personality into his enemies. Over a pedestal of a diorama set reflecting his territory, with old rusty pipes, broken bricks and a trash can with launched shuriken stars from his ninja rivals of the Foot Clan, Iron Studios present the statue "Casey Jones BDS - TMNT - Art Scale 1/10", with the anti-hero holding his club with the name "Eastman" printed as a brand, a tribute from Iron Studios to his creator on the comics.

One of the main supporting allies in the TMNT: Teenage Mutant Ninja Turtles stories, Arnold Bernid “Casey” Jones is a violent and hot-headed masked vigilante, created by Eastman as a type of parody of vigilante characters from the comics in the 1980s. Love interest of the news reporter April O’Neil, Casey first appeared in the one-shot issue Raphael #1 in 1985, since then he and the most sarcastic and cranky of the turtle brothers have become best friends. A good man that initially fought crime on his own, Casey came to aid the turtles many times, consolidating his position in the group.