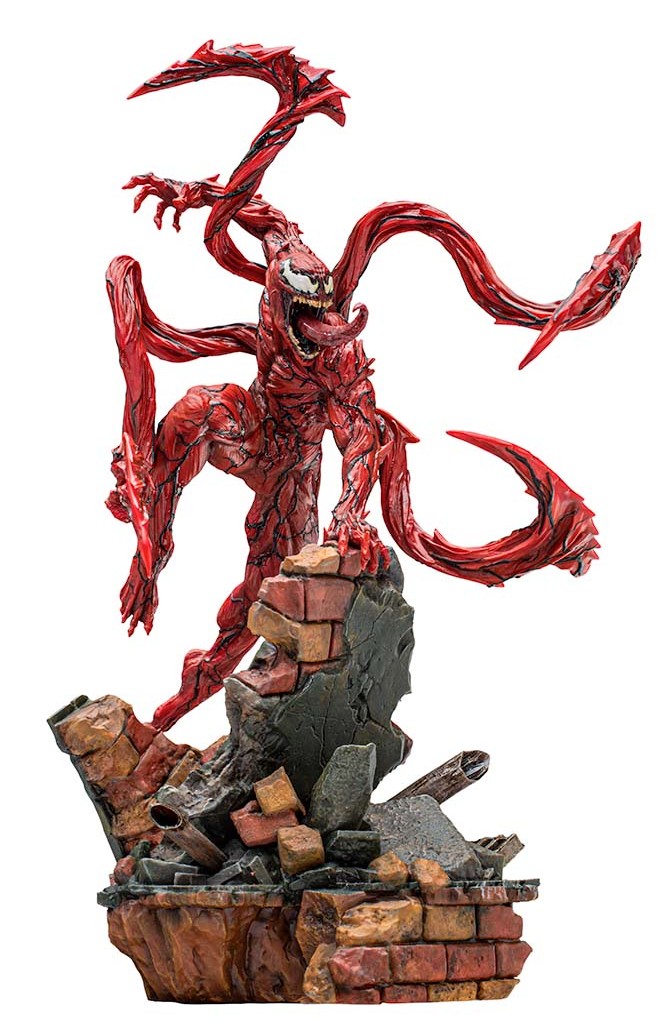 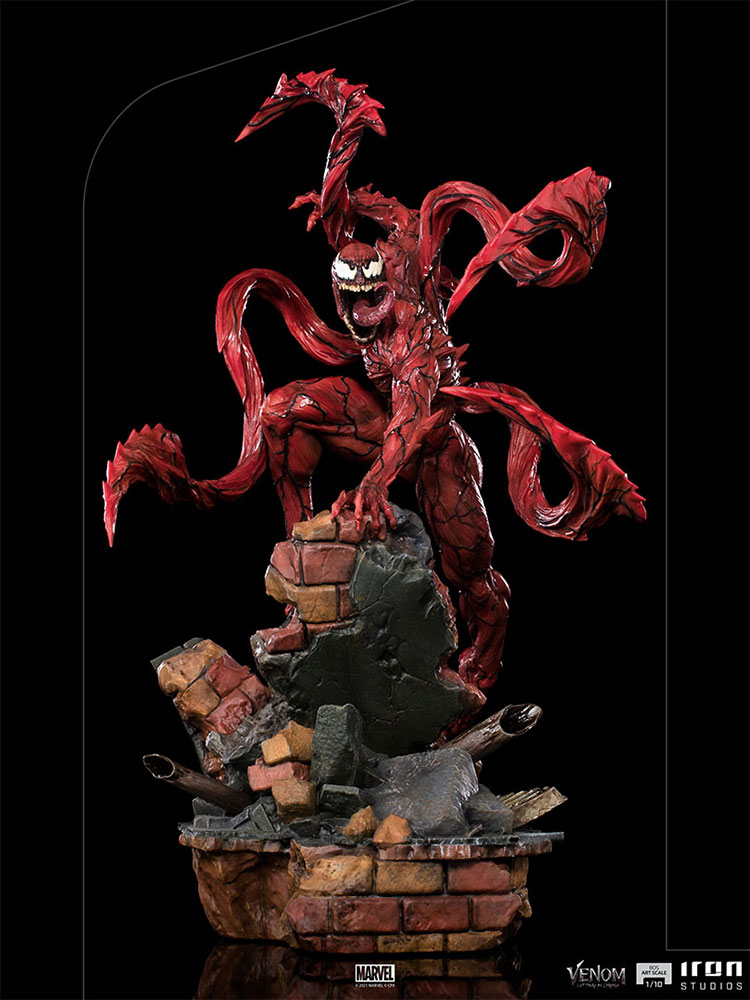 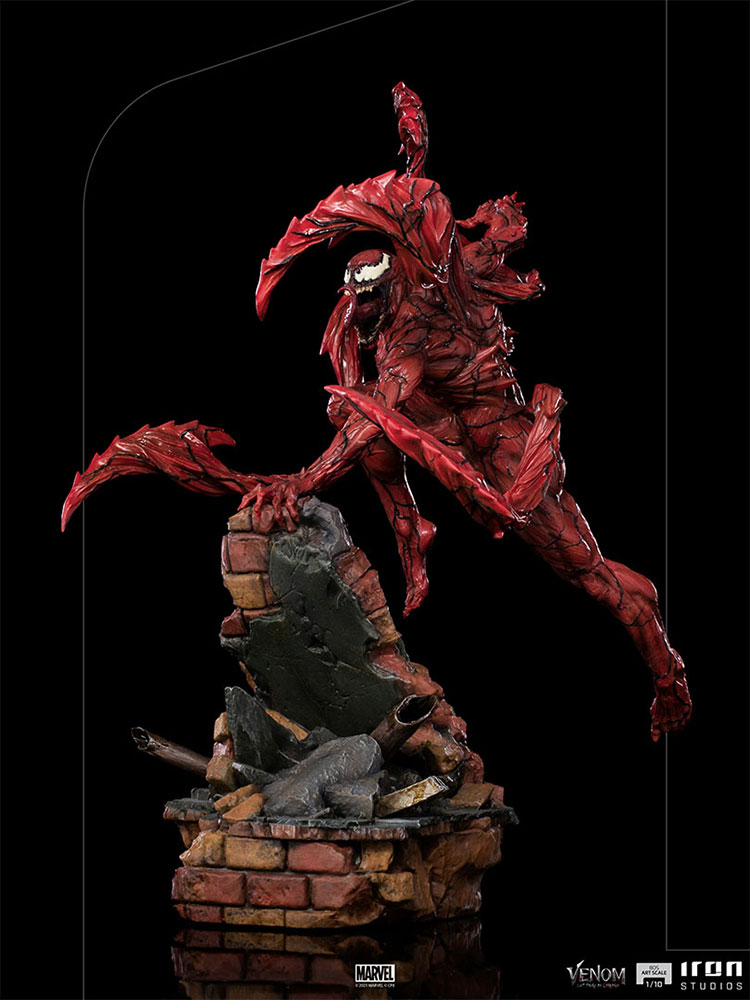 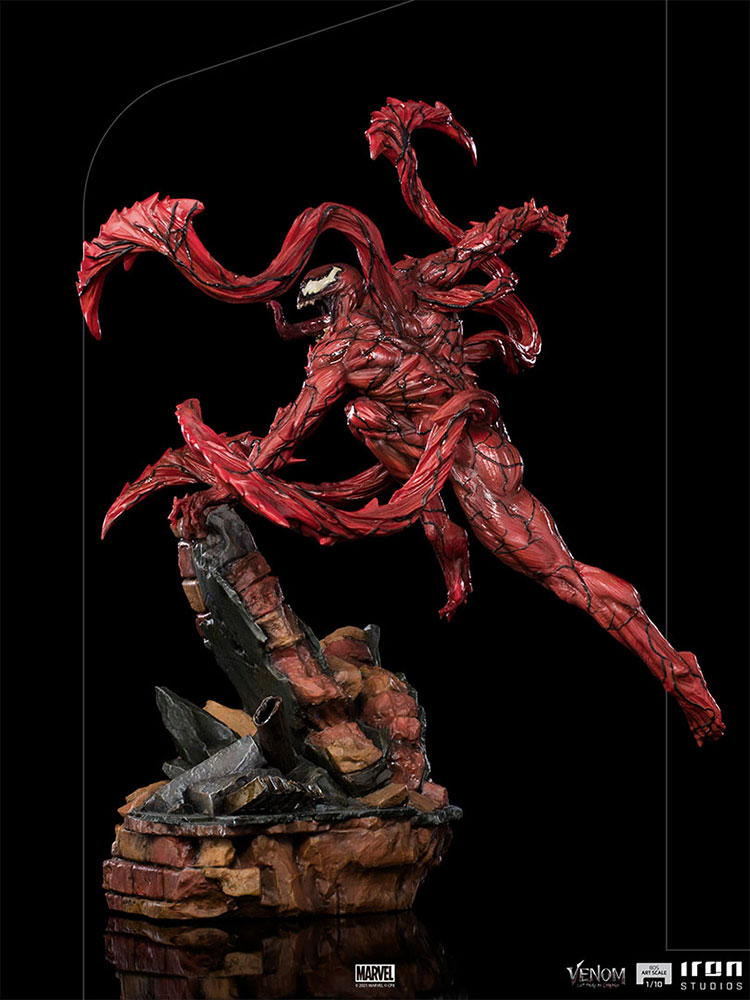 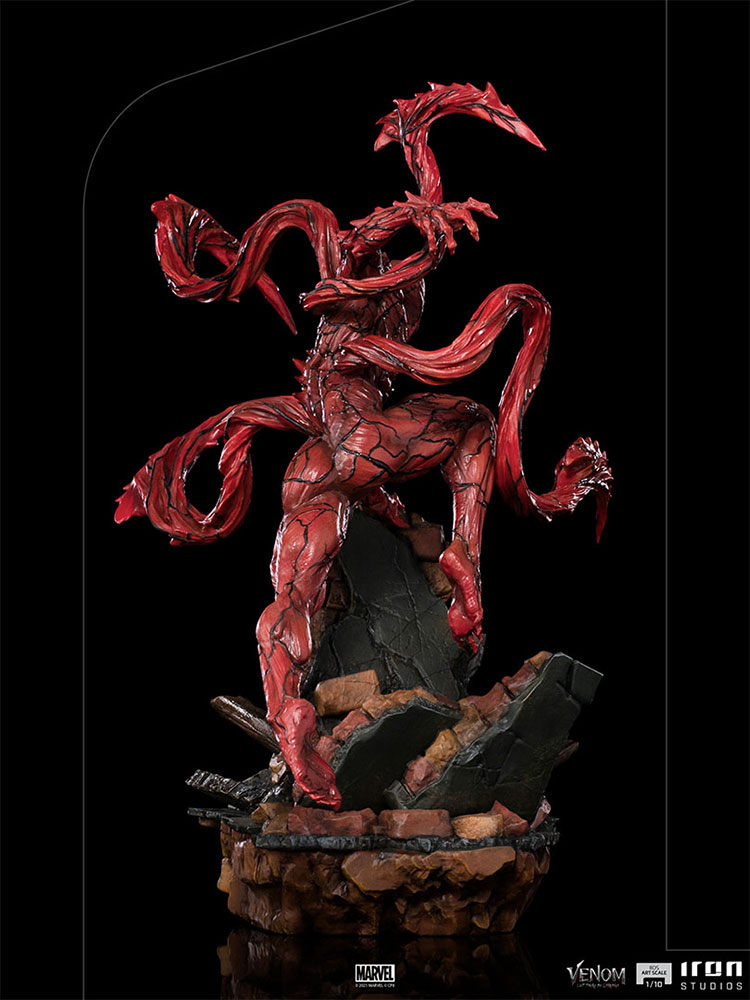 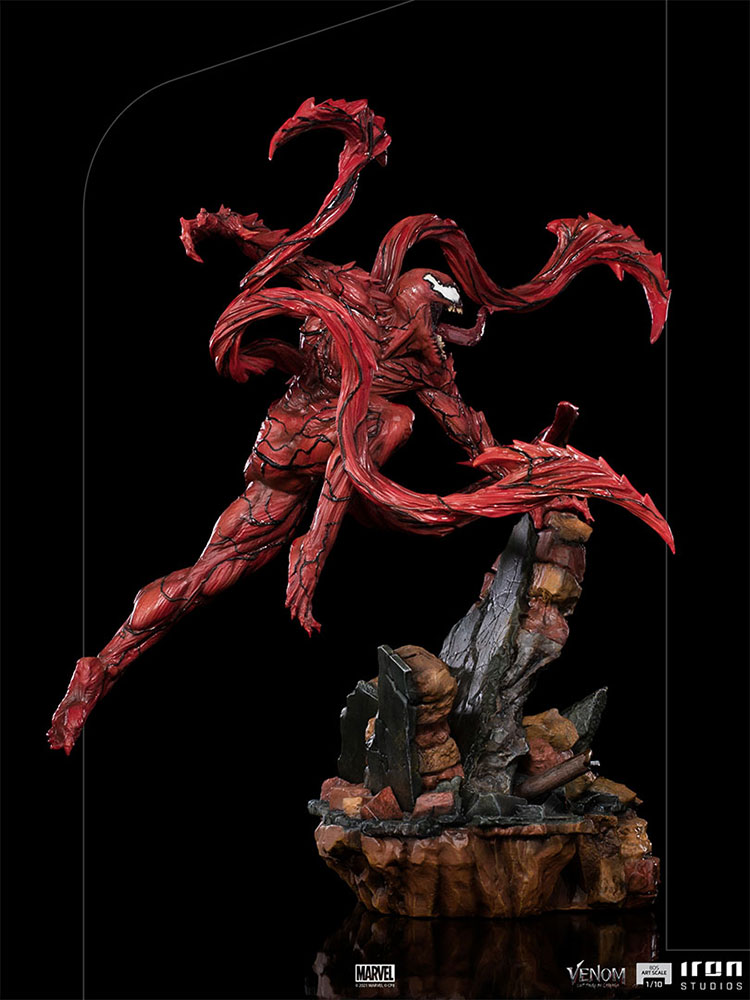 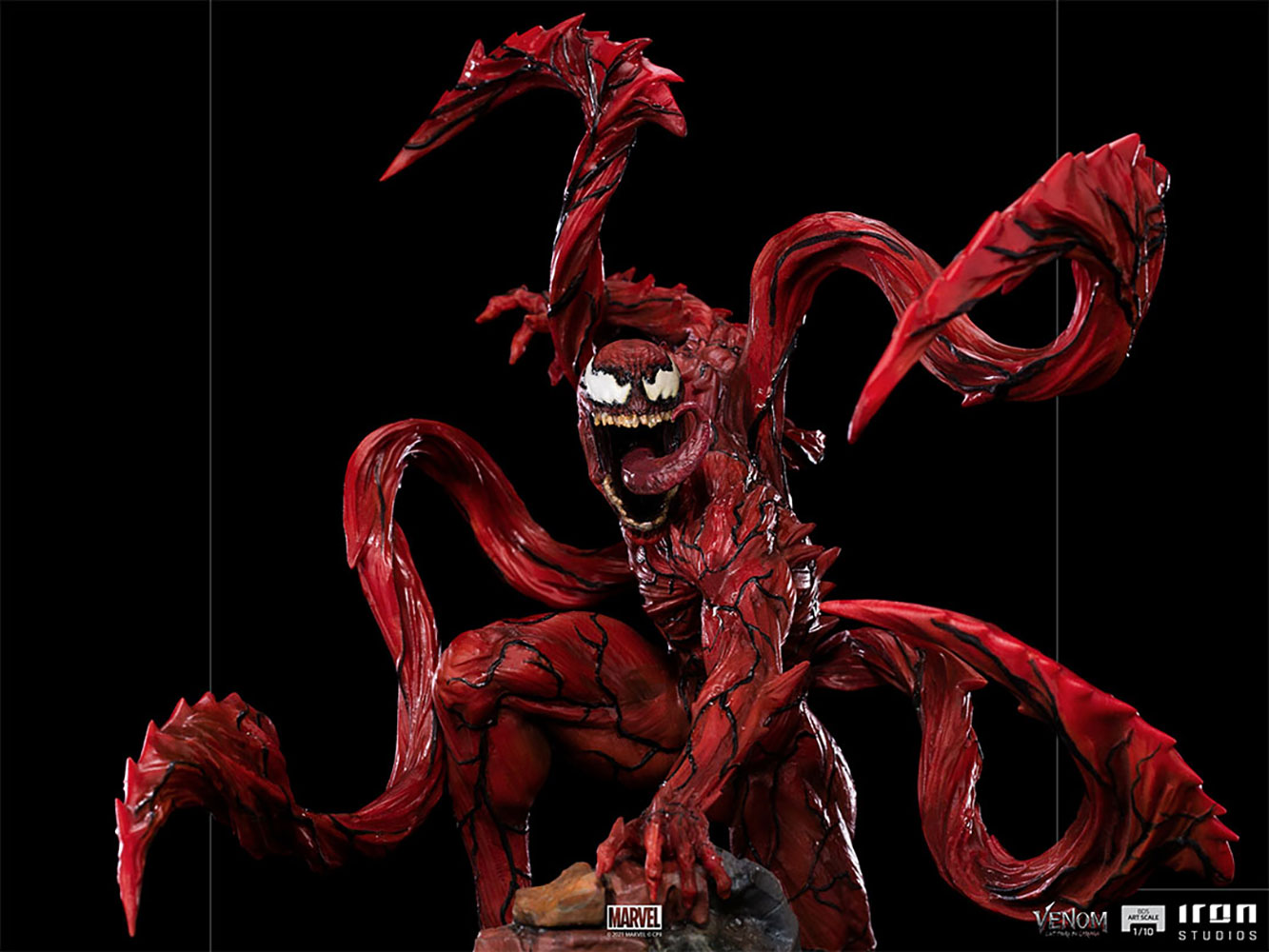 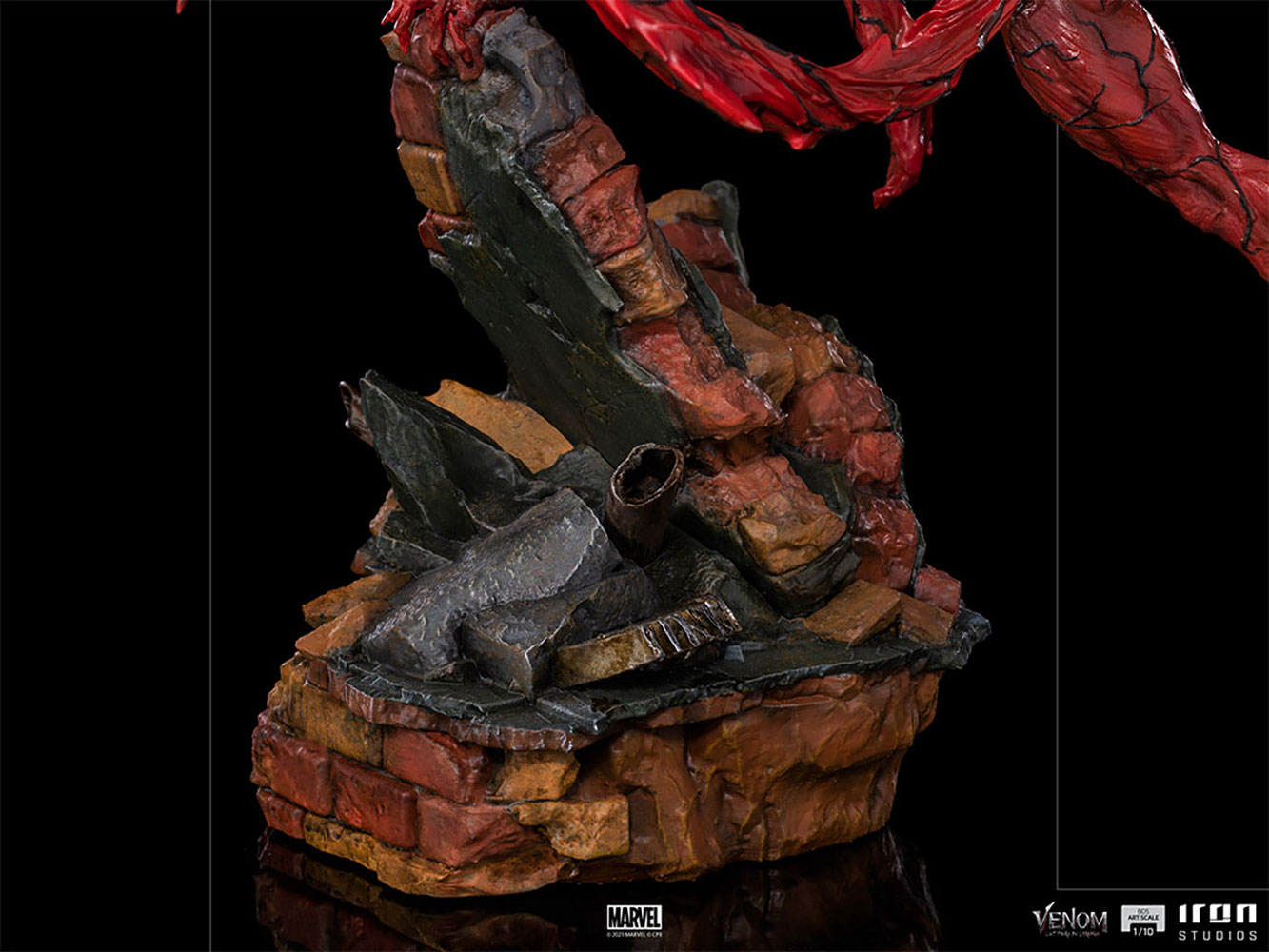 ABOUT THIS 1:10 SCALE STATUE

Over the rubble of a building, he appears with several sharp, lethal limbs in his scarlet body. The deadly and insane symbiote creature opens its big mouth, showing its teeth like the predator it is. Derived from its form presented in theaters, Sideshow and Iron Studios brings the "Carnage 1:10 Scale Statue - Art Scale BDS Series," based on one of the most dangerous and lethal villains created in the Marvel universe. It debuts on the big screen as the antagonist of its creator and rival, the anti-hero Venom.

Created by David Michelinie and Mark Bagley in 1992, Carnage is one of Spider-Man's and Venom's most psychopathic enemies in the comics. Firmly believing that law and order are perversions, the insane serial killer Cletus Kassady became the host of an alien symbiote generated by Venom. Upon becoming the creature's host, Kassady uses all of his power and madness to kill indiscriminately, thus becoming Venom's greatest challenge. More violent, powerful, and deadly than Venom. Carnage possesses shape-shifting abilities that allow him to design and shape weapons into his body.

Add to your Marvel collection today!