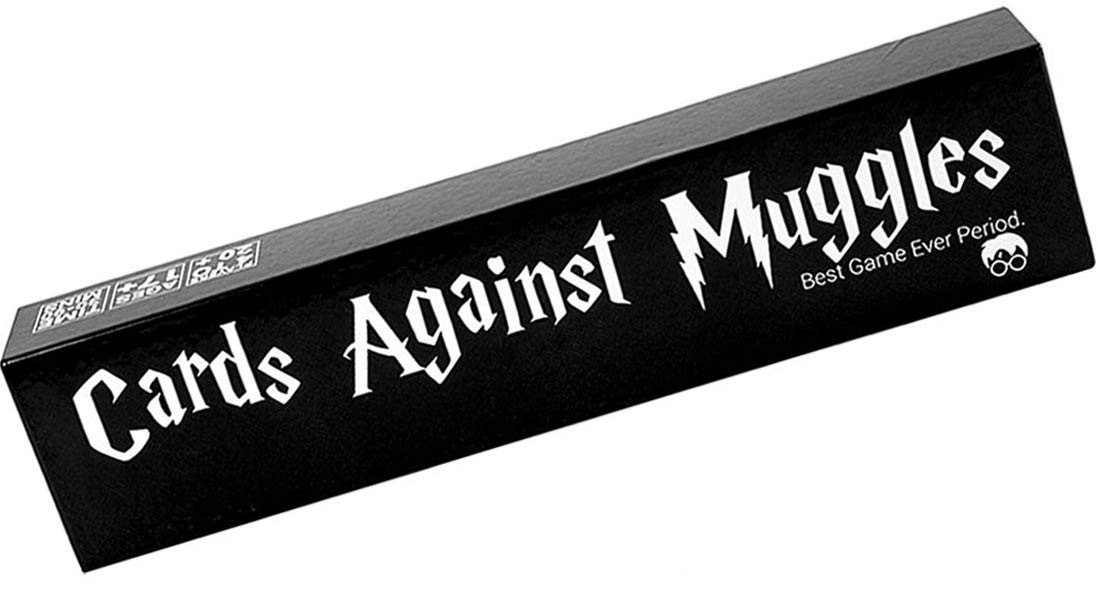 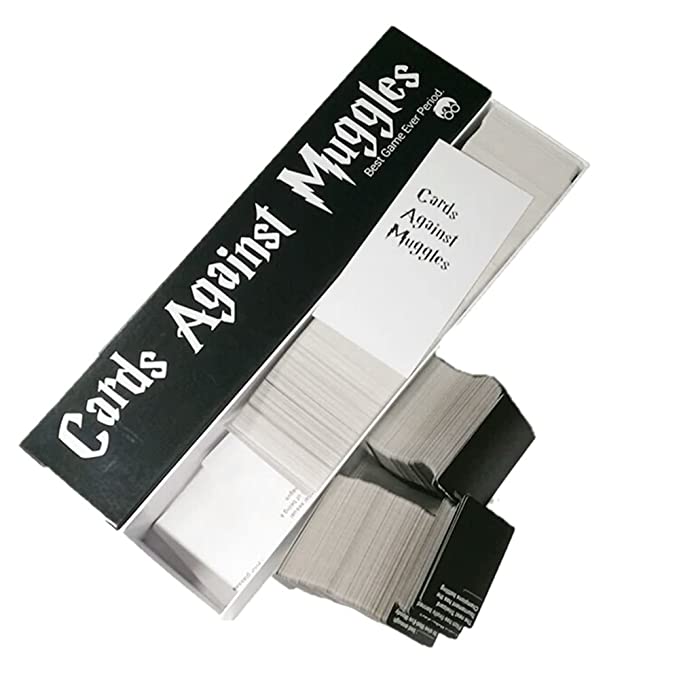 This special Harry Potter-themed set for Cards Against Humanity. This official Cards Against Muggles set includes 1440 cards 990 White answer cards and 450 question cards for you and your friends to utilize in your games. It takes 90 minutes or less to finish this game and it requires 4 to 20+ Players. It contains a hilarious vibe with an evil sense of humor. Just like the movie.

You can choose to use them as plain paper or to laminate them so they last longer.

As you might imagine, the Muggles against Humanity set does have an age rating and restriction. This set is recommended for individuals who are 17 years of age or older due to the inappropriate and often sexual themes used on the cards.

However, this is perfect for the majority of original Harry Potter fans – the original readers of the books are now in their twenties, and many of them have no doubt thought of strange headcanons to go with their favorite series. The game it’s guaranteed to bring hours of fun, and a great mood to the players. So, I bet you don’t want to miss it right?

If you’re in the mood to ruin your childhood further, in our store we also sell Cards Against Disney or Star Wars Cards Against Humanity or even you might like the newest edition of Cards Against Supernatural for a good price.

Cards Against Muggles Box follows the same basic format as Cards Against Humanity. Each player holds ten white cards in their hand and must play one to go with a corresponding black card. Whoever has the best answer to the prompt on the black card wins the round, and then a new player is chosen to be the judge of the next round.

Instead of playing a black card that reads “Donald Trump,” you would instead have “Ron Weasley.” Instead of talking about “World War II,” you have the “Second Wizarding War.” So you know what you get to enjoy when you play with the set, here are some samples of black and white cards from the game.

And there are many more!

The different content that these cards contain, gives you the opportunity to combine them and release the most hilarious answers out of it.

Find out more funny Cards Against Muggles examples and explore the hilarious world of Harry Potter.