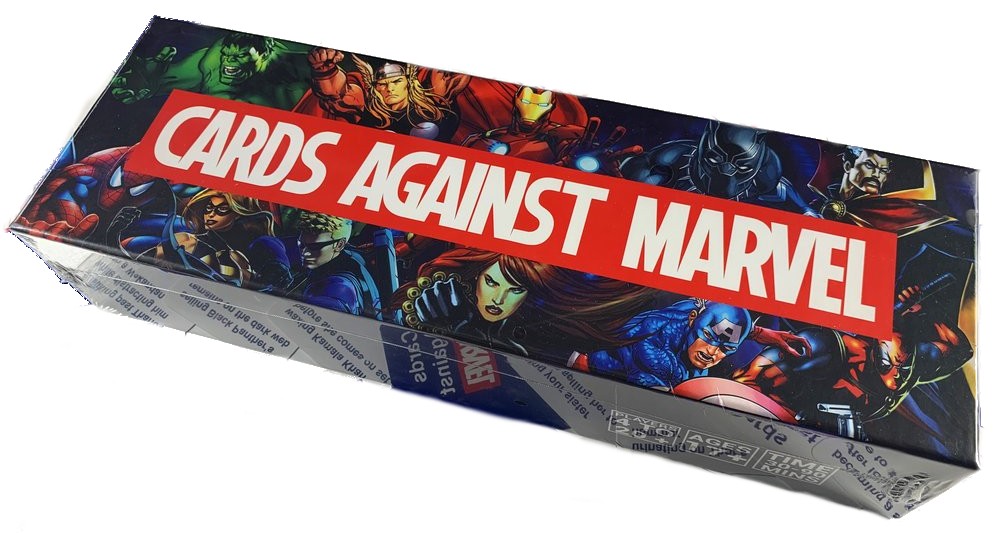 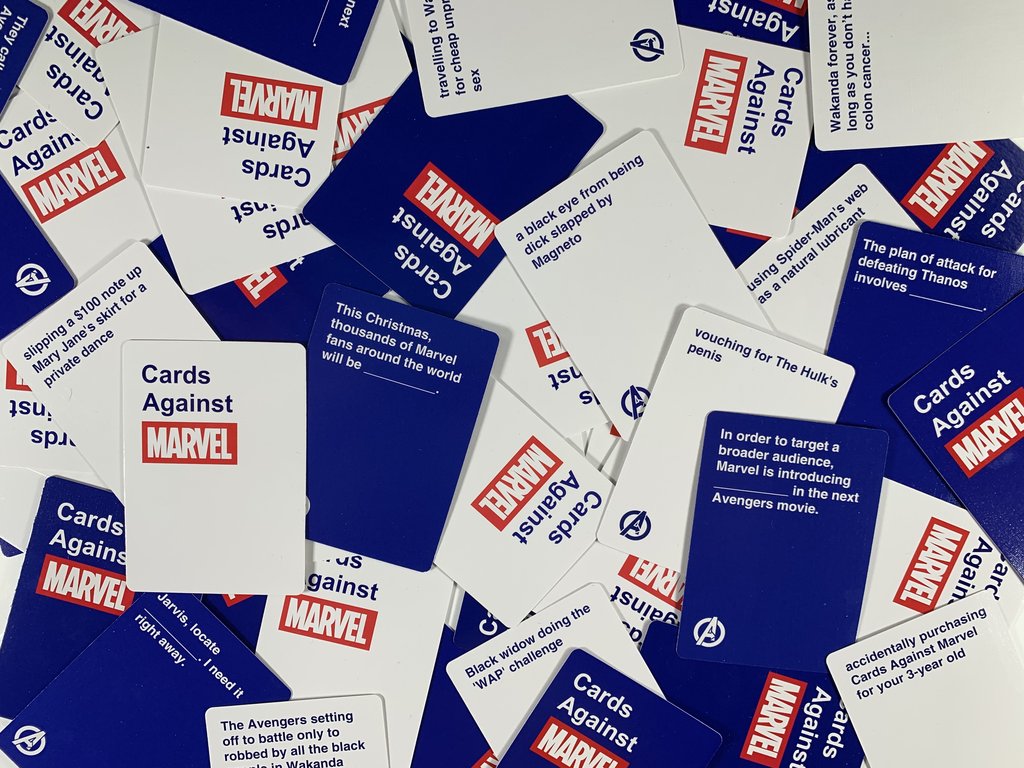 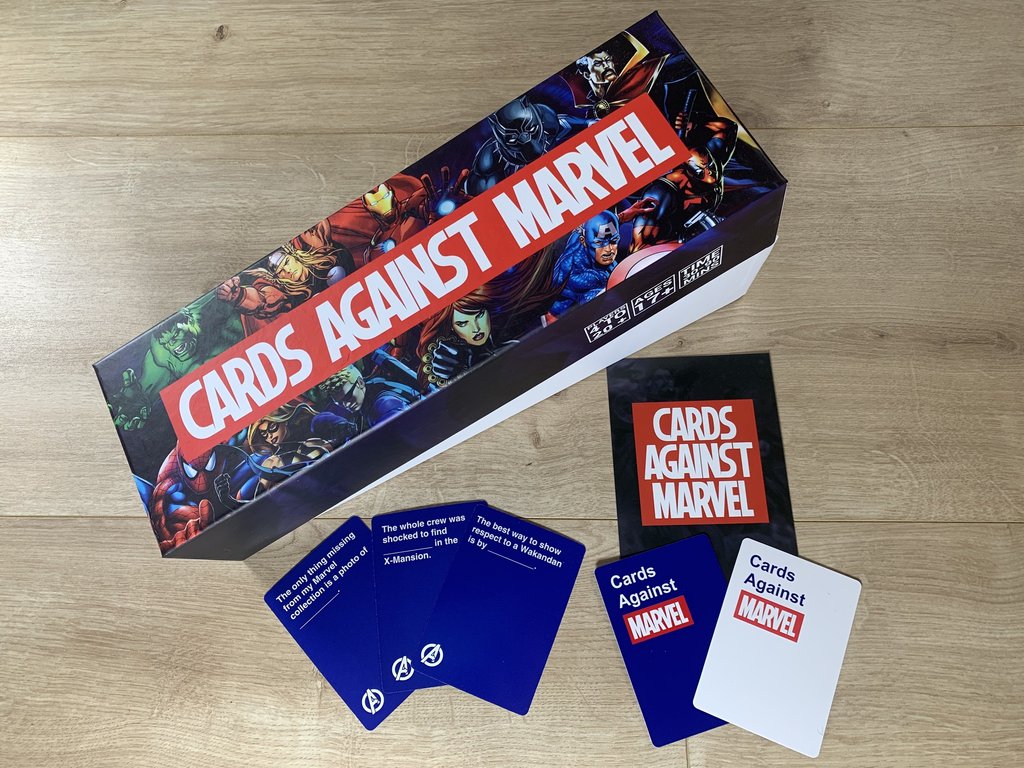 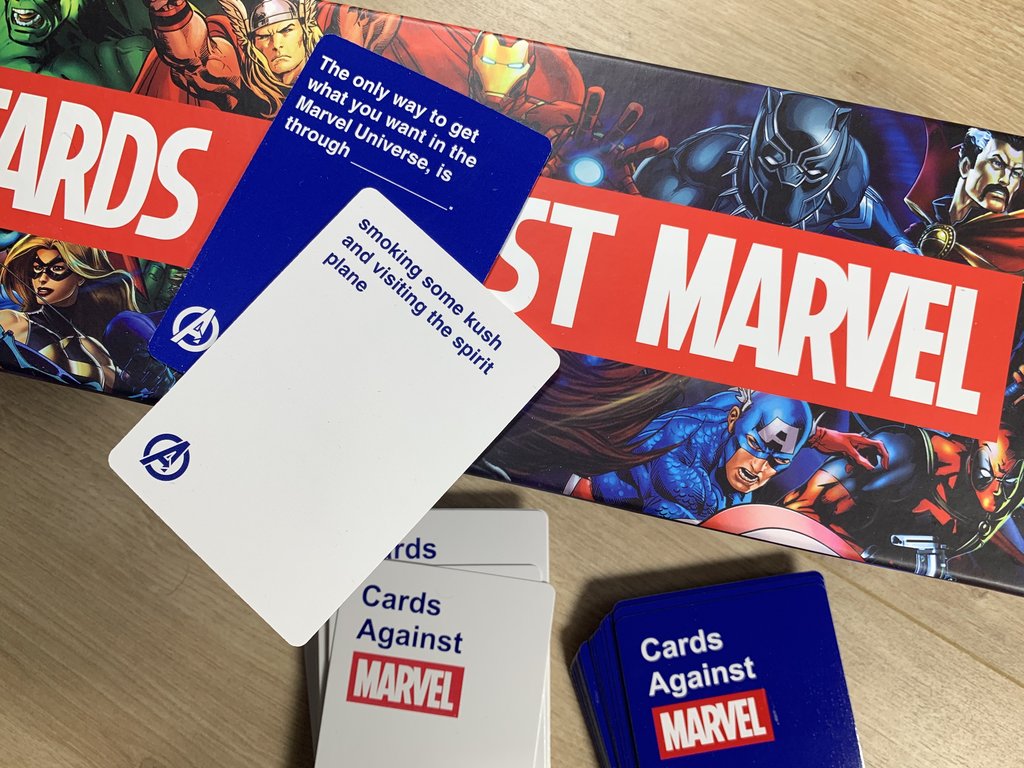 Some of you probably struggle to make a difference between Avengers and Marvel, and you may think that it’s unnecessary writing this product when we already have Cards Against Avengers.

Now, let’s just make something clear real quick: Marvel is the publishing company, while Avengers is a group of superheroes created by Marvel Comics. Think about it this way: Marvel is a big house, and Avengers is just a room in it.

944 hilarious cards all about your favorite fictional universe.

To be honest, after watching every Marvel movie, you’ll feel sad. And why is that? Because we feel like we’ll never meet the characters once more. It’s psychological, we don’t want beautiful things to end.

We connected with them in a way or another, and we just feel like our life is better with them.

That’s the idea of Cards Against Marvel. A card game where you have endless fun and make dirty jokes about your favorite characters. Adulthood, huh?

Important to know: We really don’t recommend playing this game with people under the age of 17. The content is really sensitive and not kid-friendly. Play it with people who are open to having fun (dirty content) and who don’t get offended easily.

Except for these card combinations, here’s a card list for you:

The Rules & How To Play The Game
Even though we have the instructions card inside the box, I guess you already know the rules.

As we mentioned earlier, it has the exact same style as Cards Against Humanity, it means they have the same rules.

First, to start playing Cards Against Humanity Marvel you all need to have 10 white cards to begin the game. With the approval of all players, choose the Card Czar. The Card Czar draws a black card from the pile and reads it.

Every player chooses one of their white cards to answer or to fill in the blank of the black card.

They should give the white card face-down to the Card Czar, and the funniest answer wins one point.

You can actually play for any length you want. You can choose the ‘winning point’ before starting to play, or you can just play the game until you get tired of it.