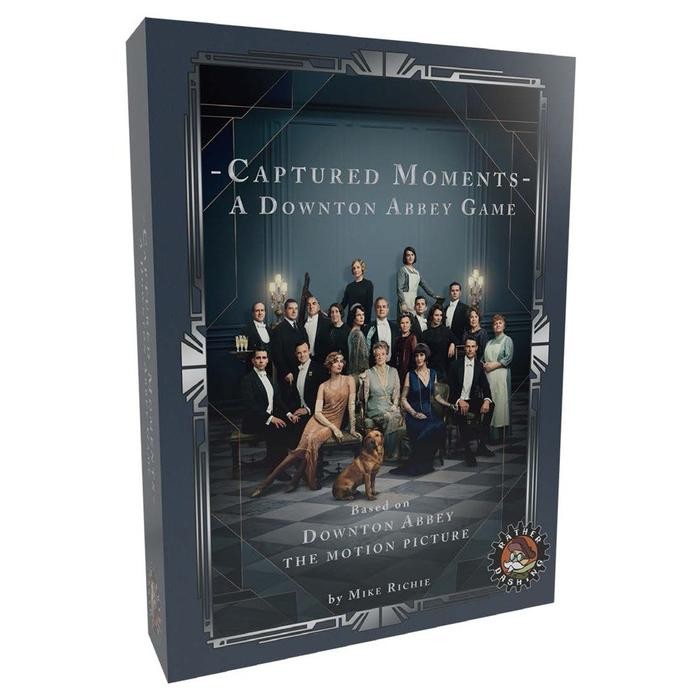 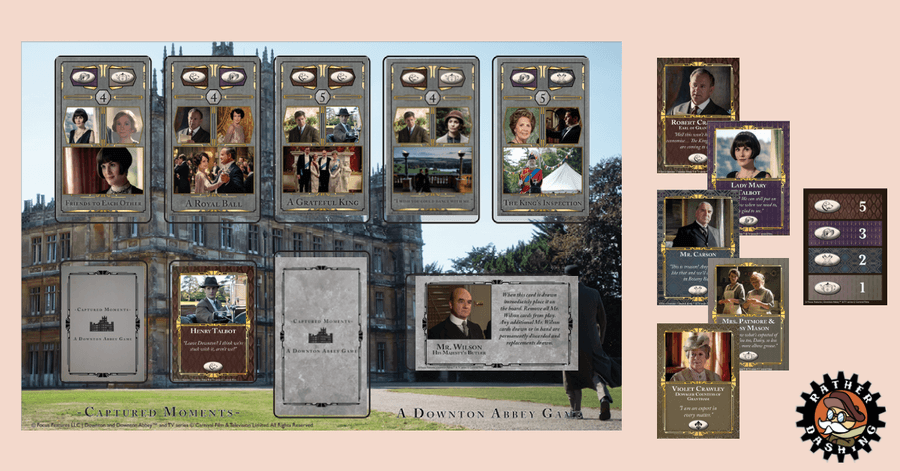 "The King and Queen are coming to stay!"

You are cordially invited into the drawing room to play Captured Moments, the delightful parlor-style game based upon the critically acclaimed film Downton Abbey. The rich and interwoven stories culminate in moments which you must collect by using your wits as well as the heroes and villains of Downton before your opponents do.

Featuring multiple ways to acquire points, secret scoring goals, and the Royal Staff waylaying even the best laid plans, Captured Moments will engage your players in a fun, lighthearted journey through the scenes of Downton Abbey!

At any time 5 Moment Cards are revealed. Moments may be captured, and hence, earn victory points, by playing character cards from one's hand matching the required suits OR by matching the listed character exactly with character cards from their hands. Some light sabotage exists in the form of the King's Royal Staff who will waylay the players. Once the entire Royal Staff is revealed, it triggers the final round of the game. Each player has a secret scoring goal and the highest score wins!