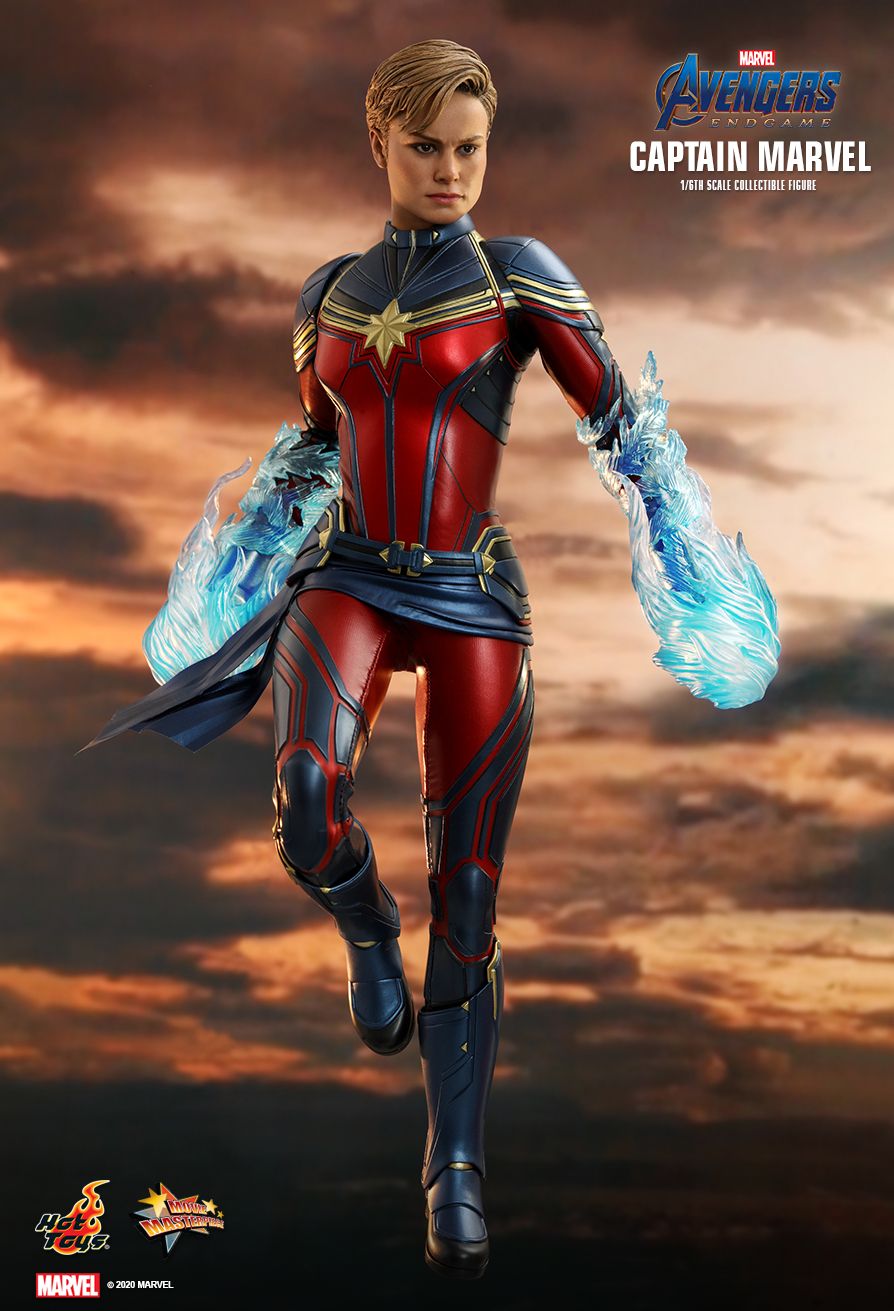 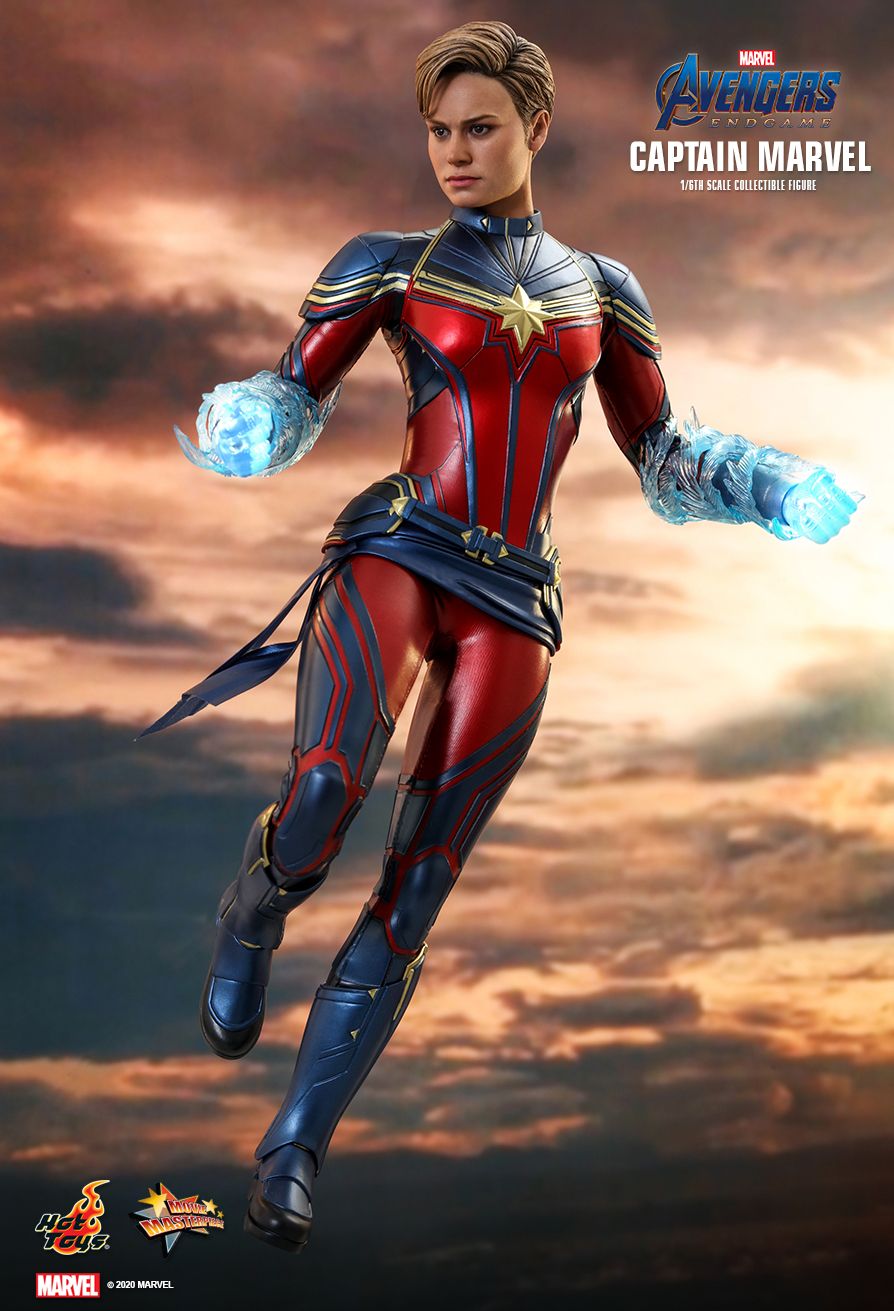 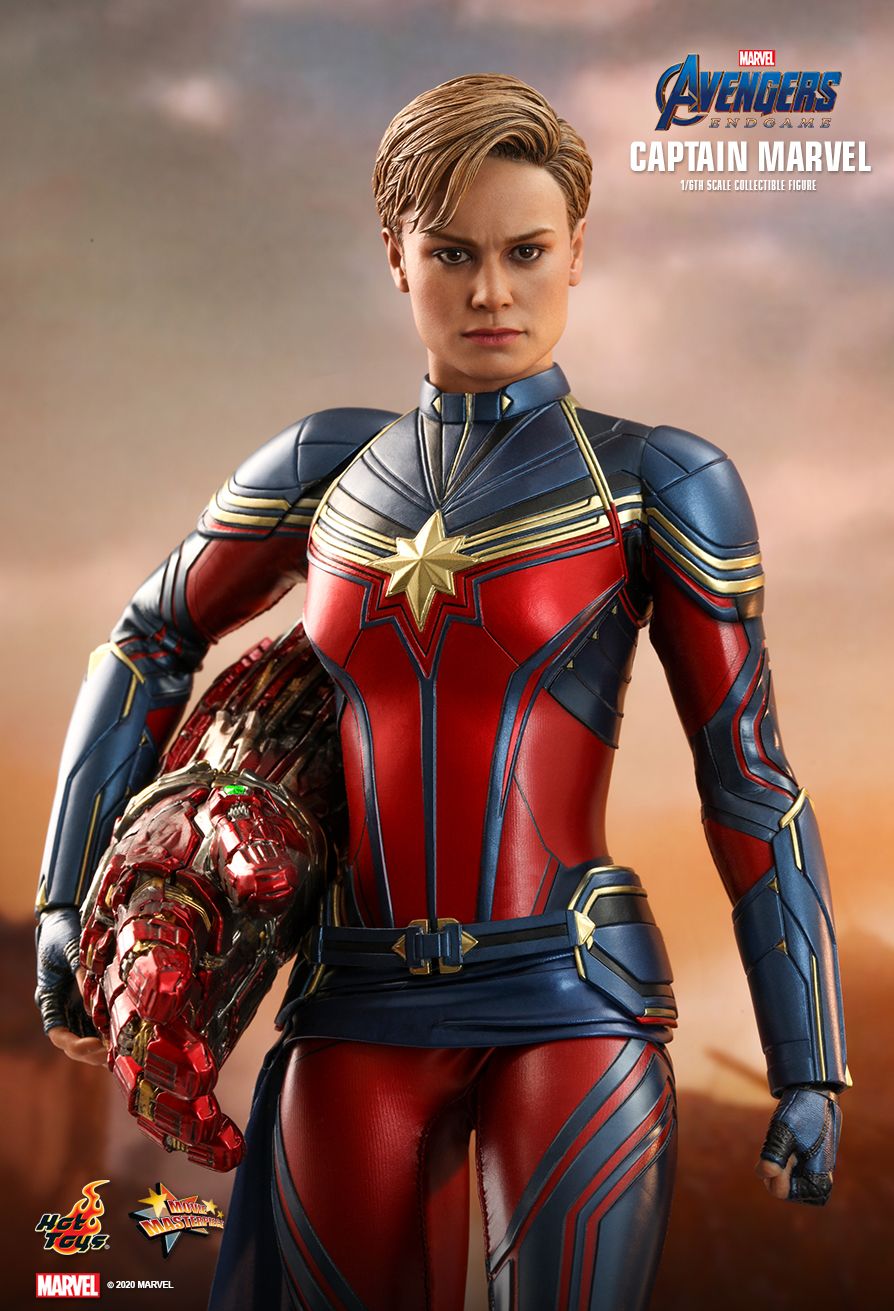 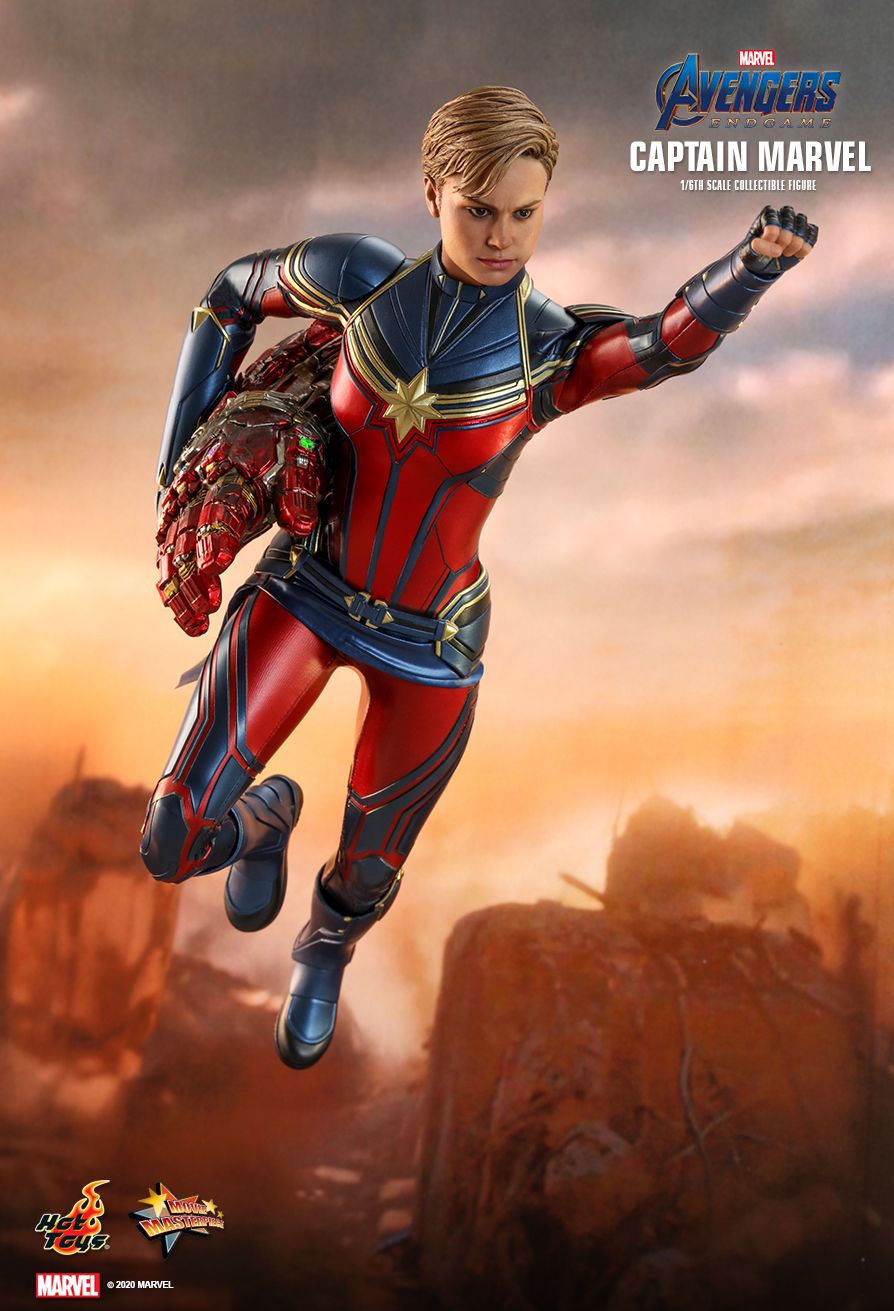 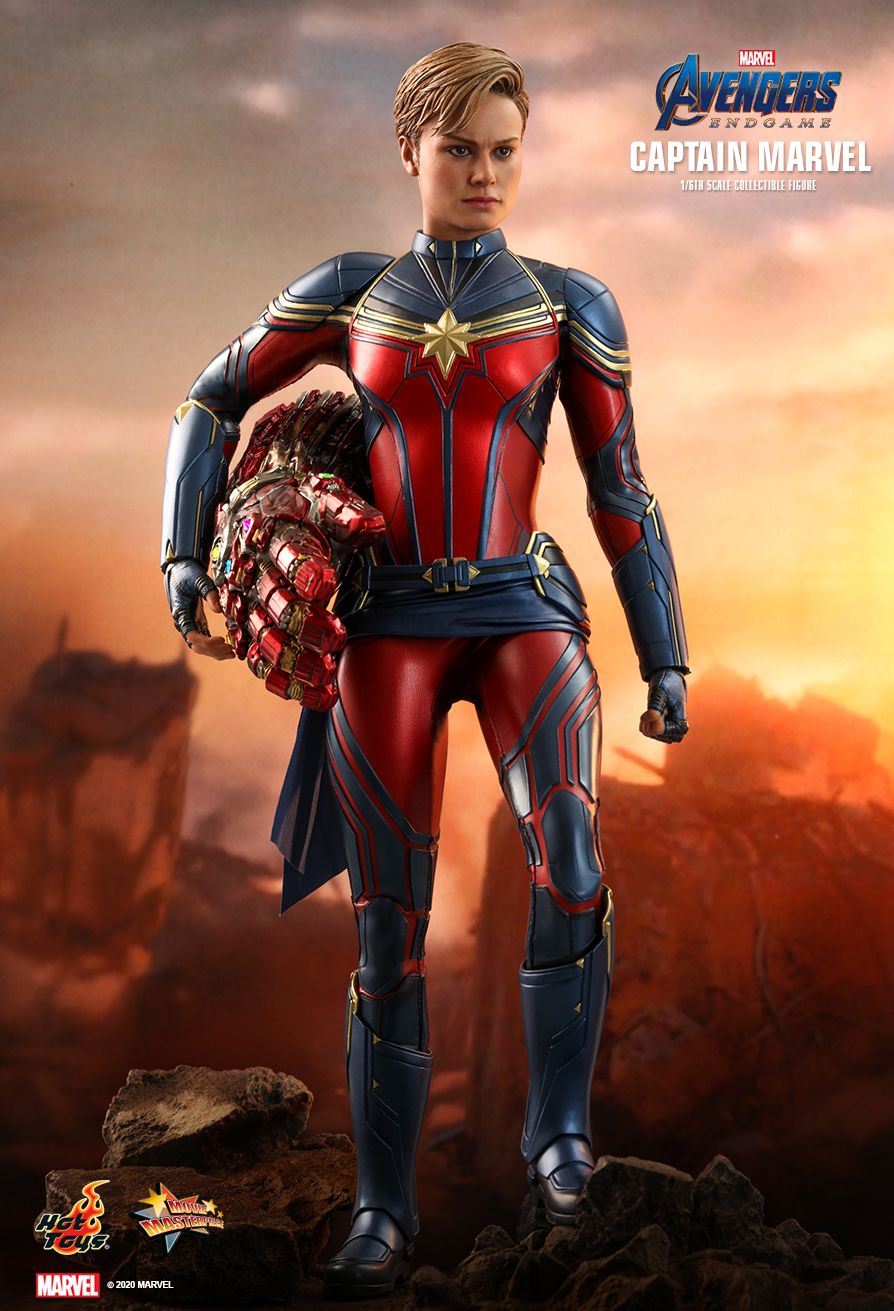 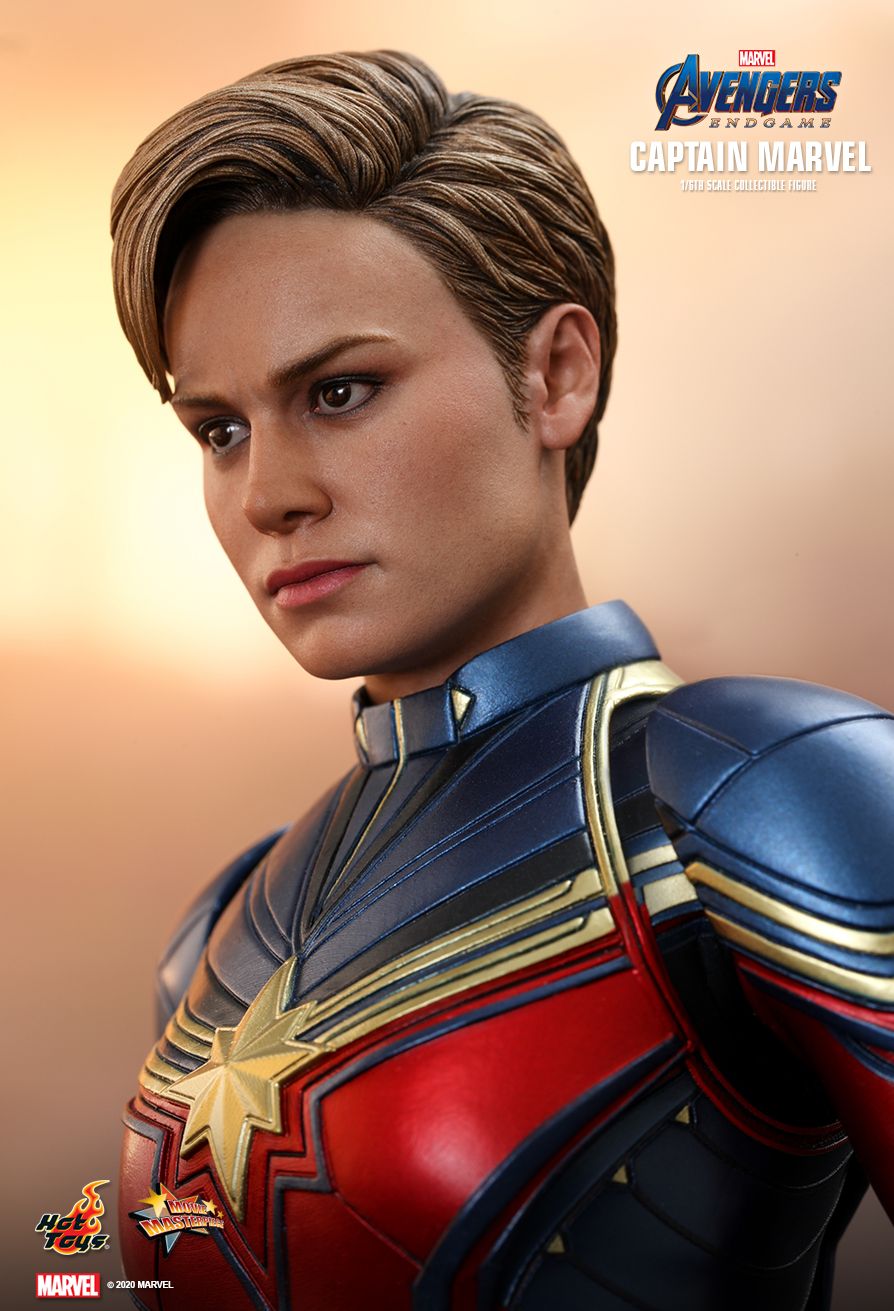 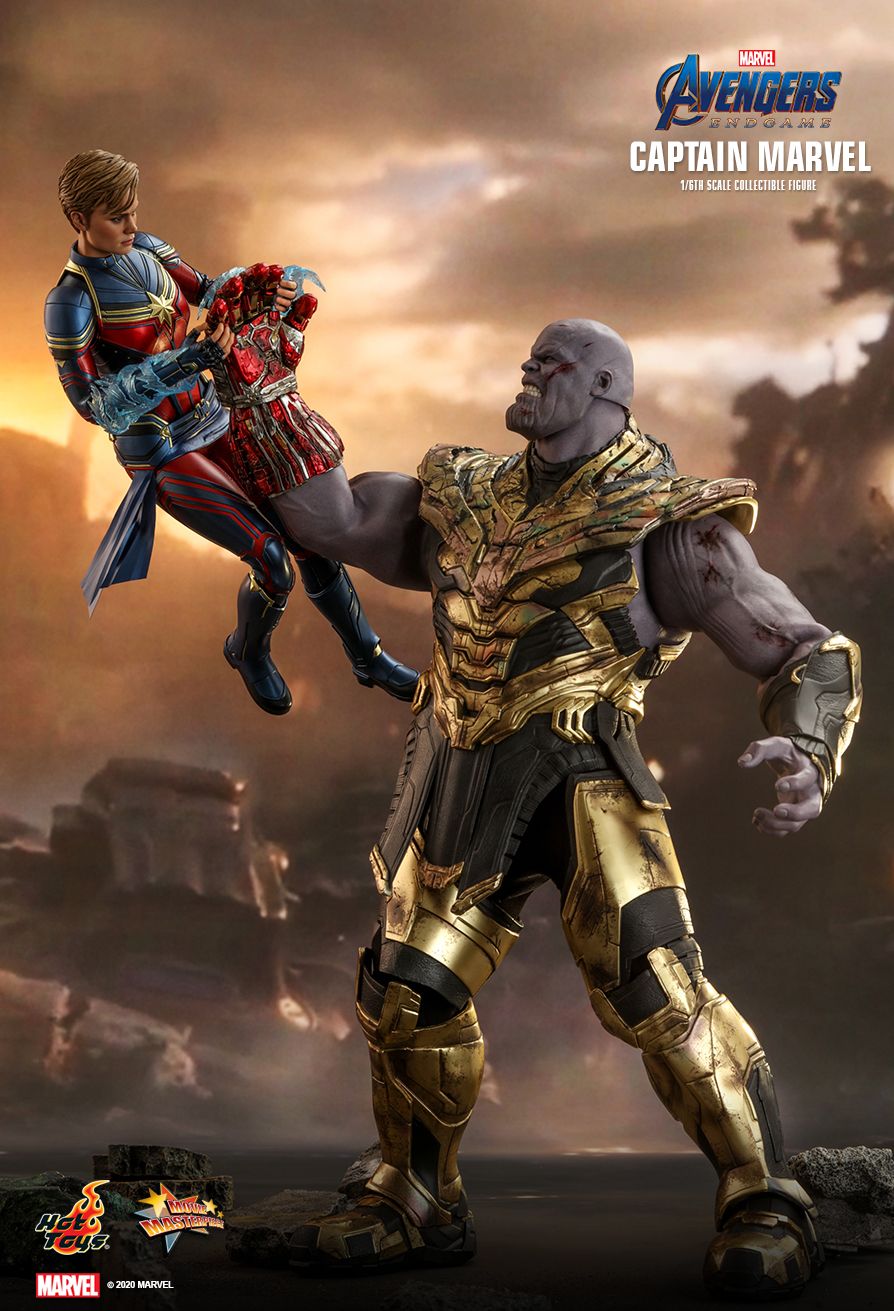 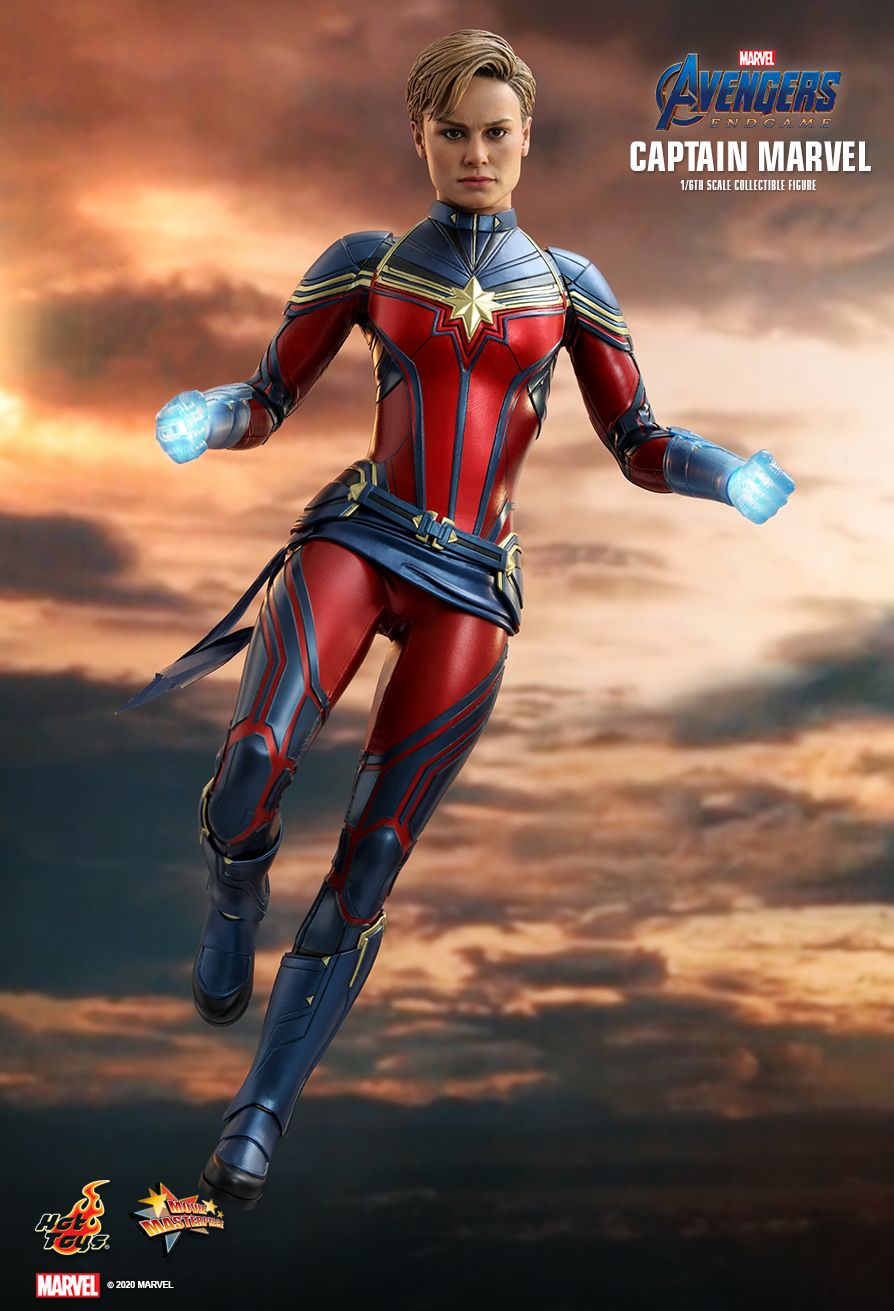 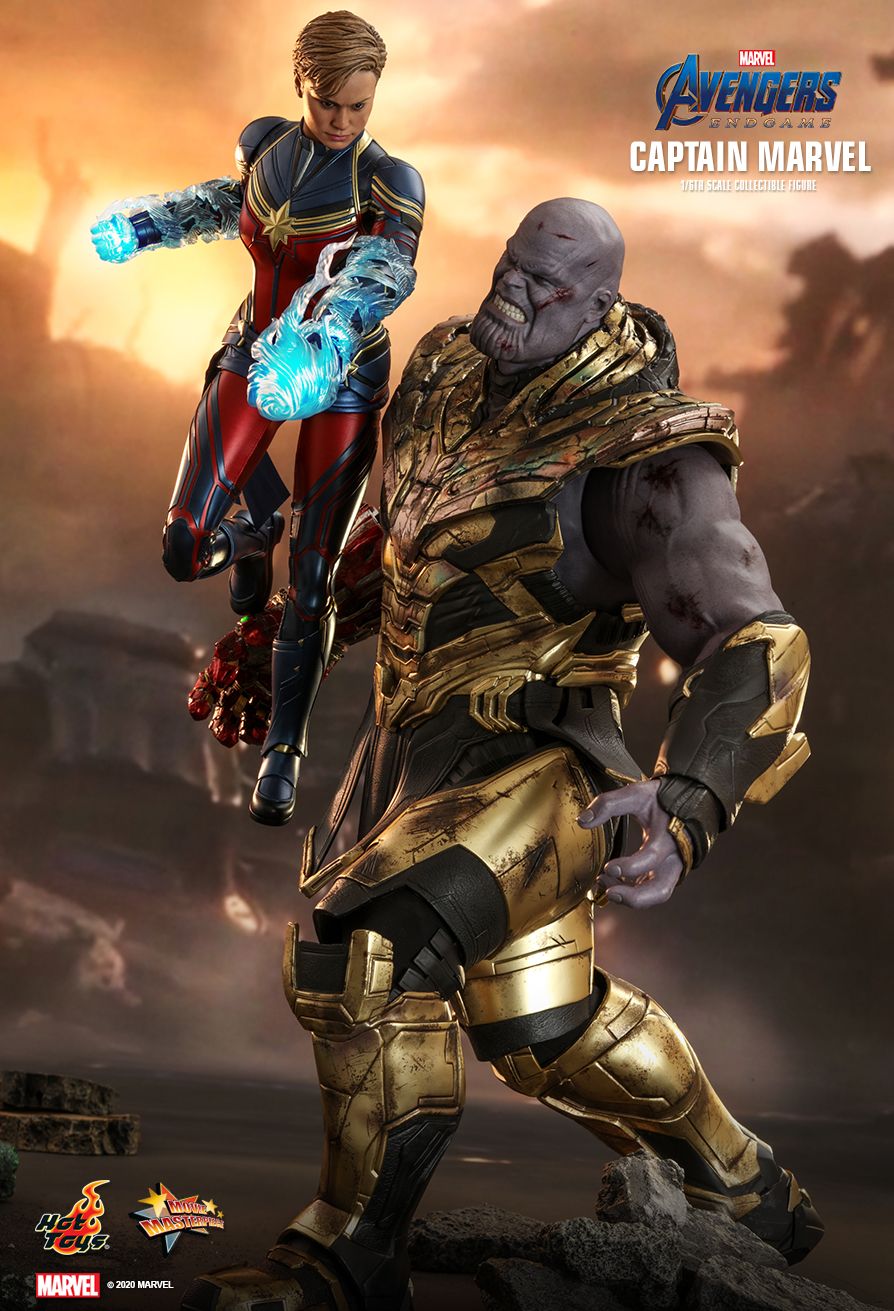 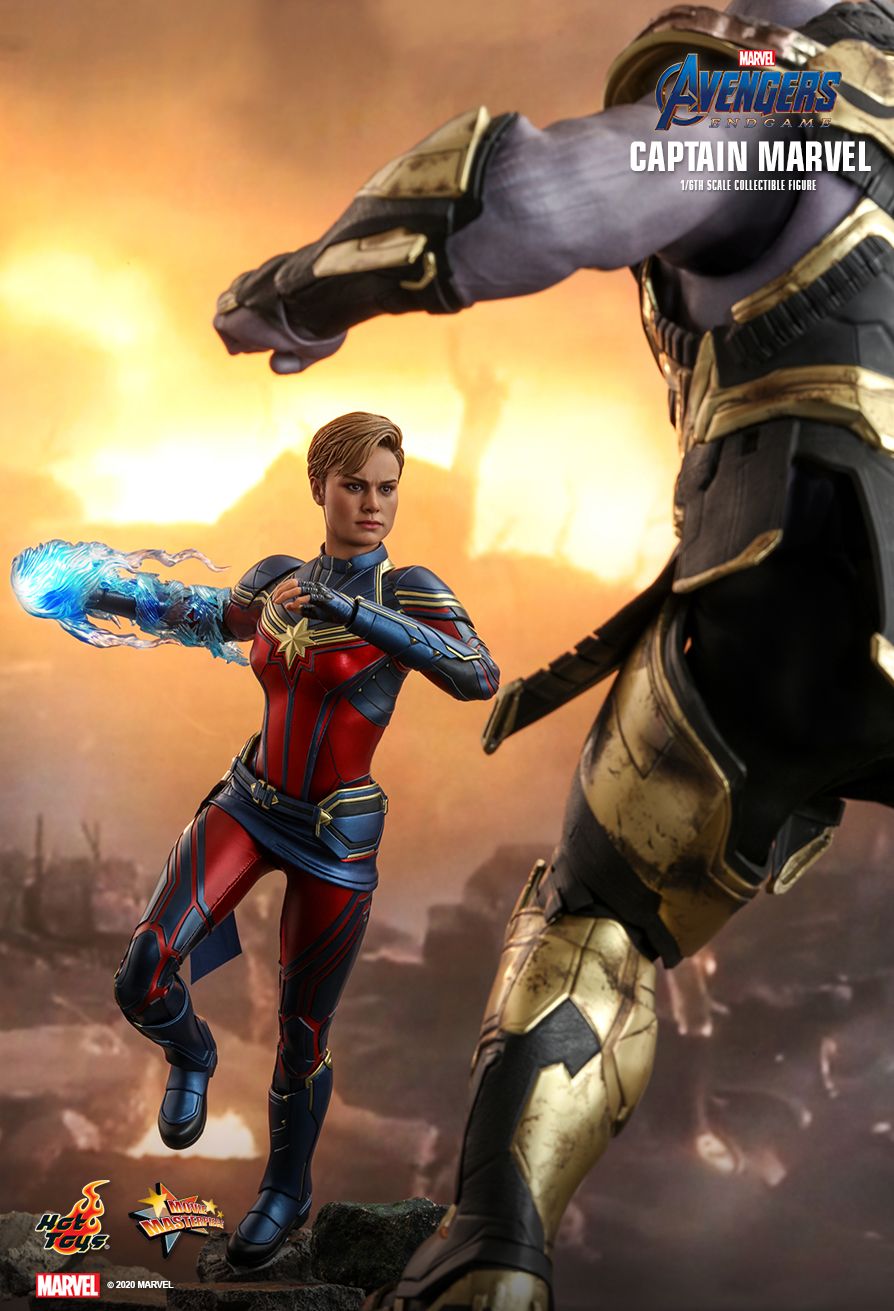 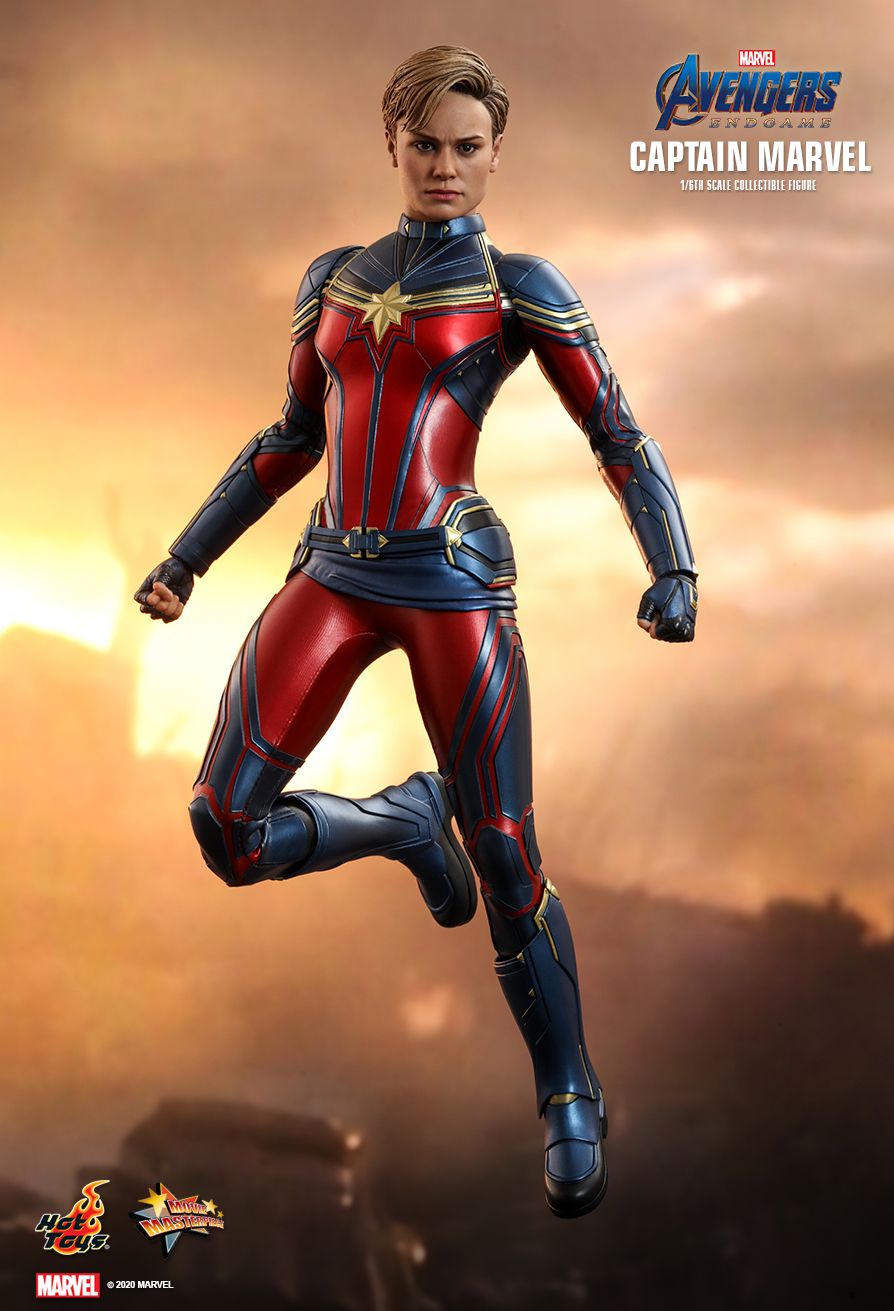 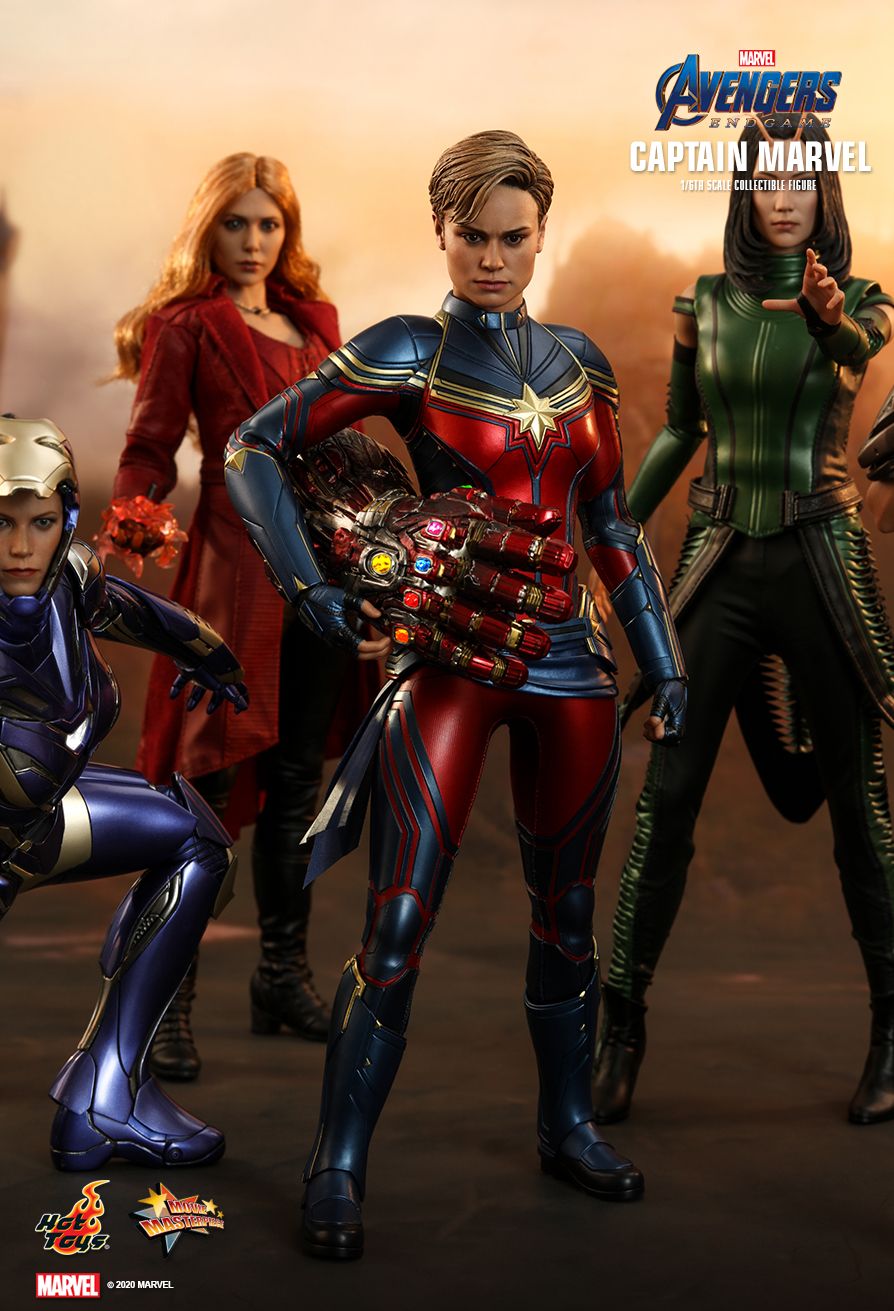 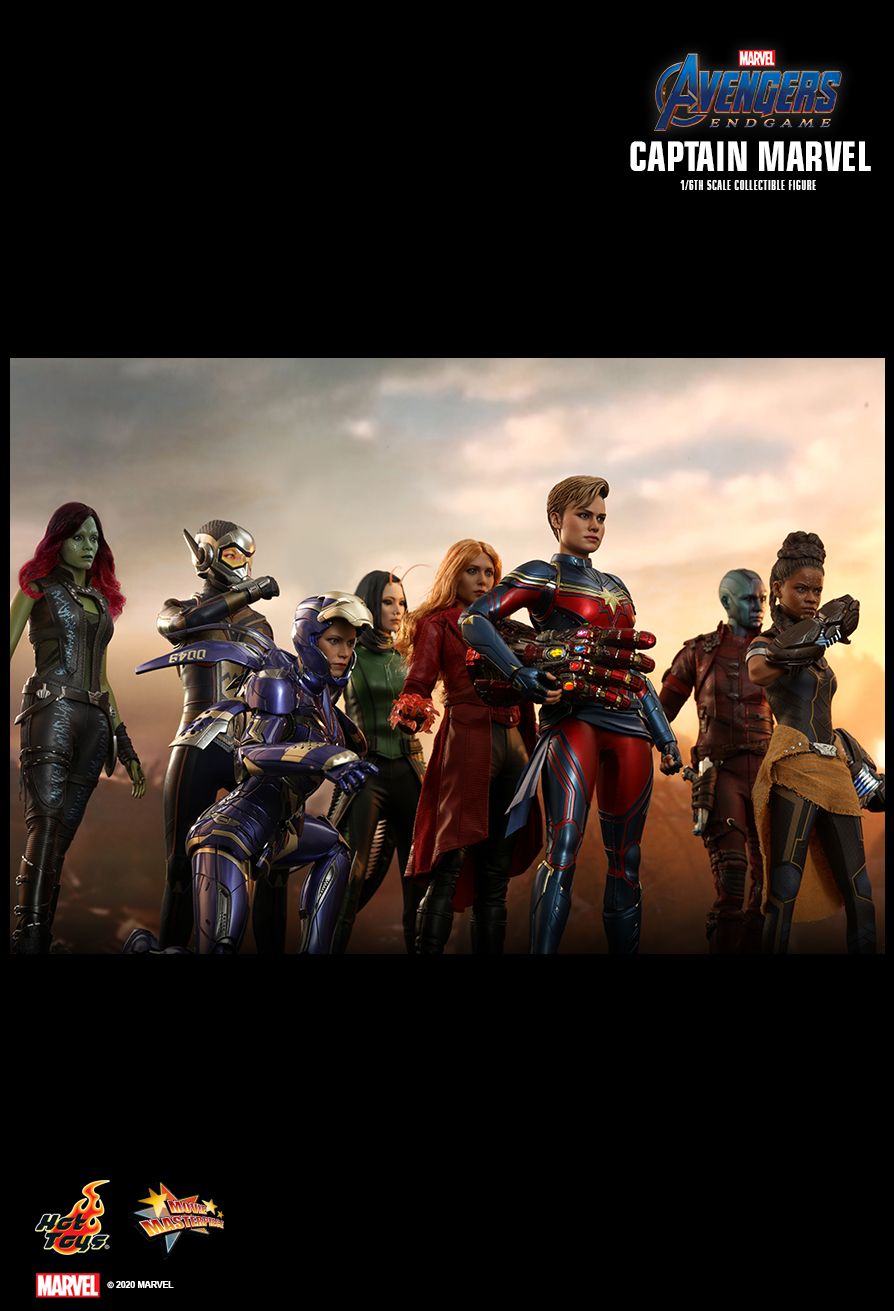 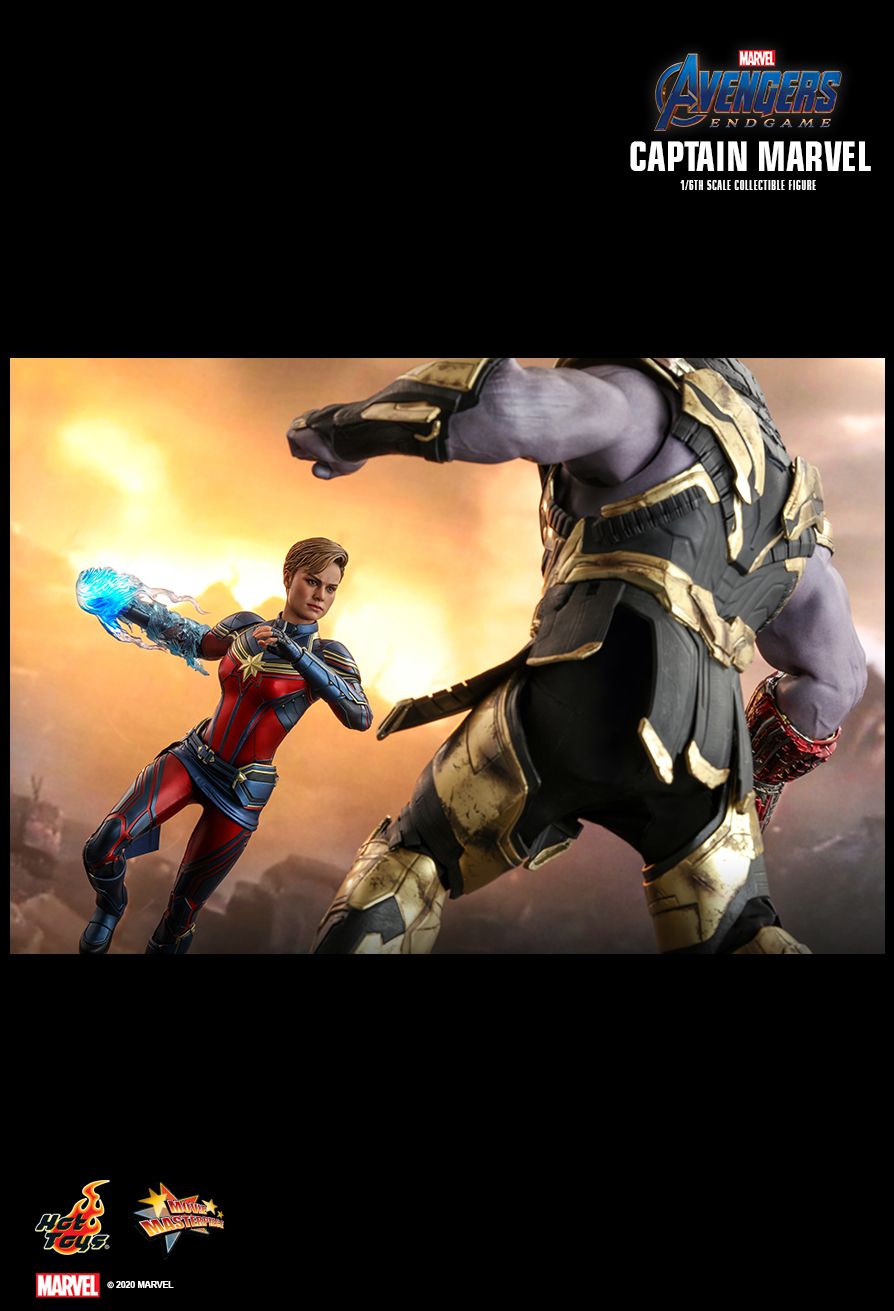 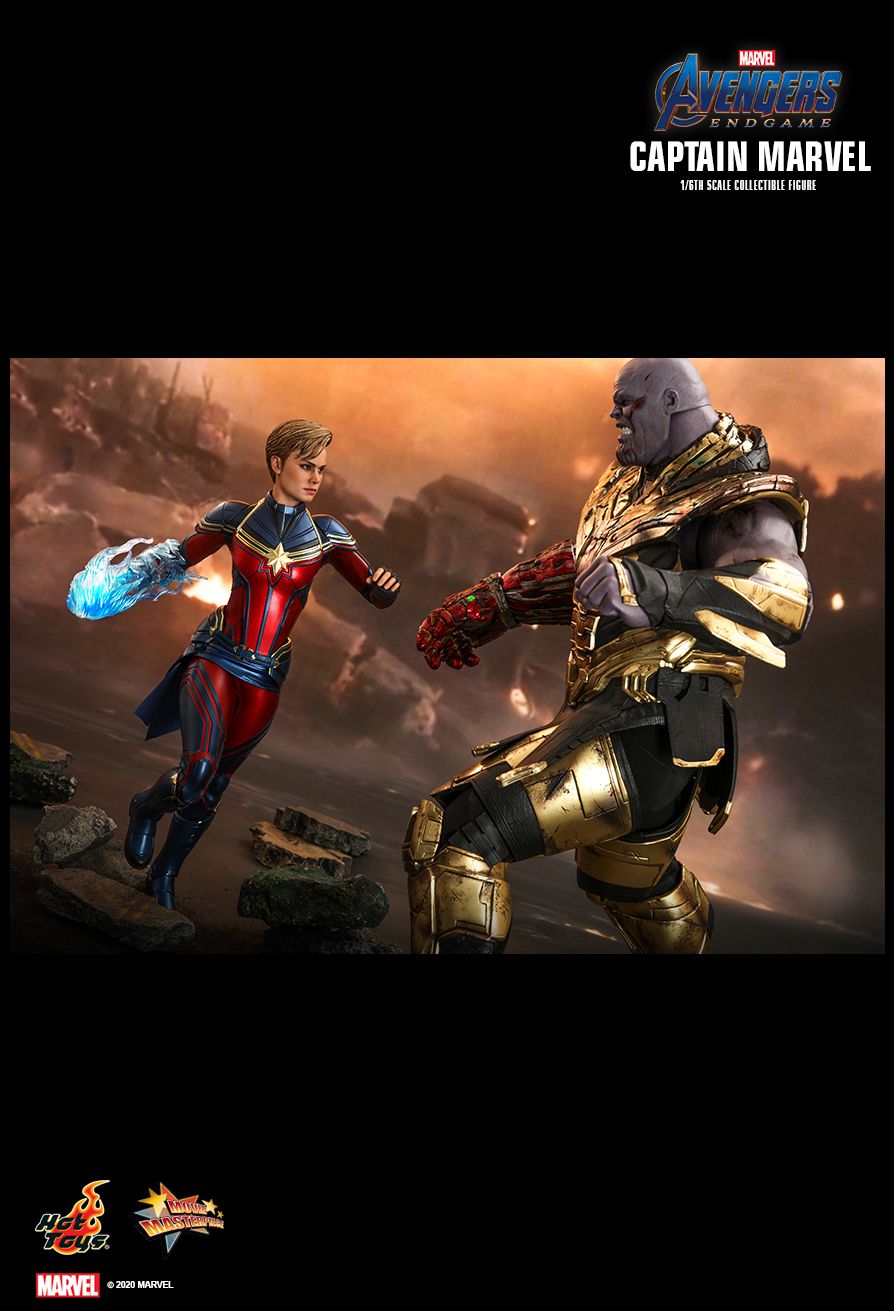 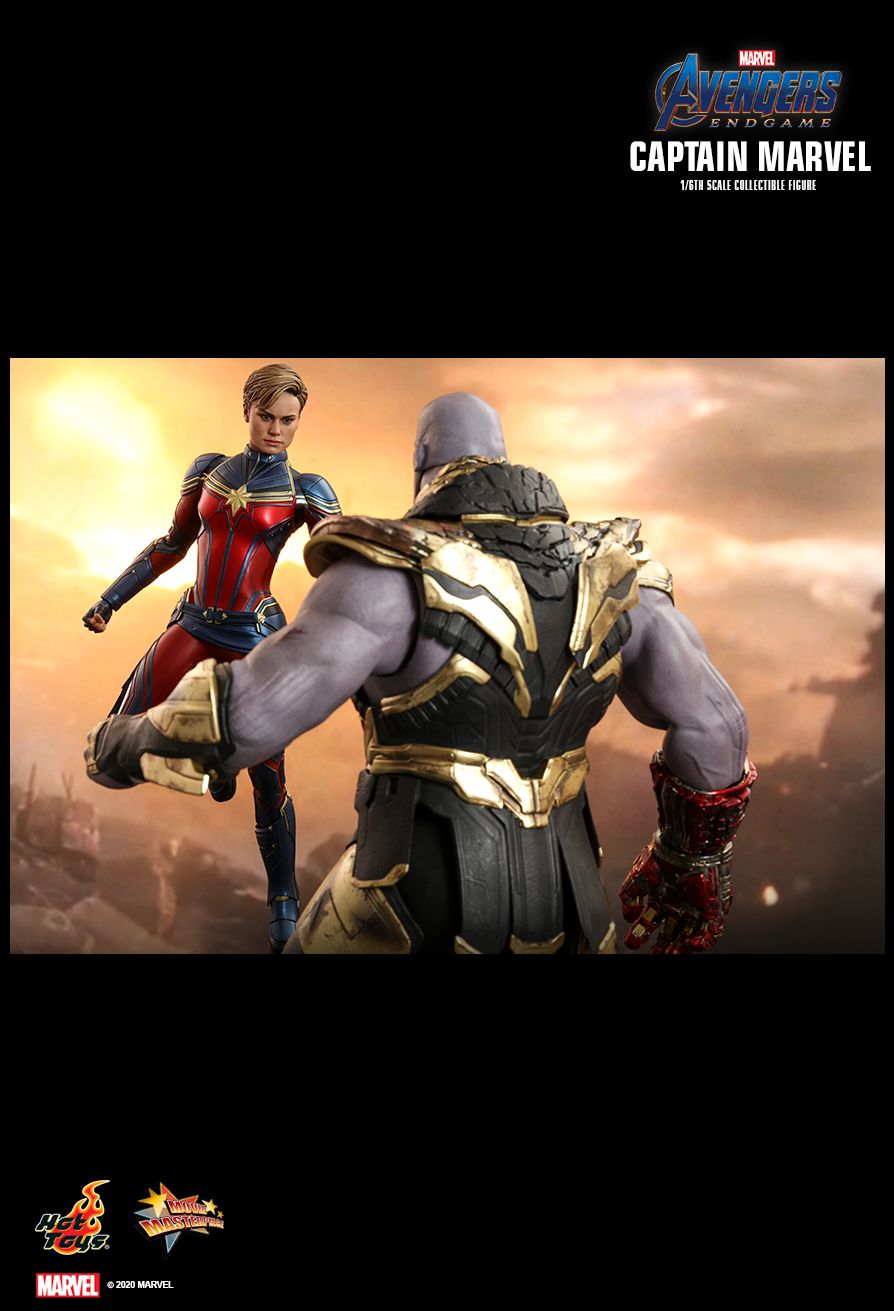 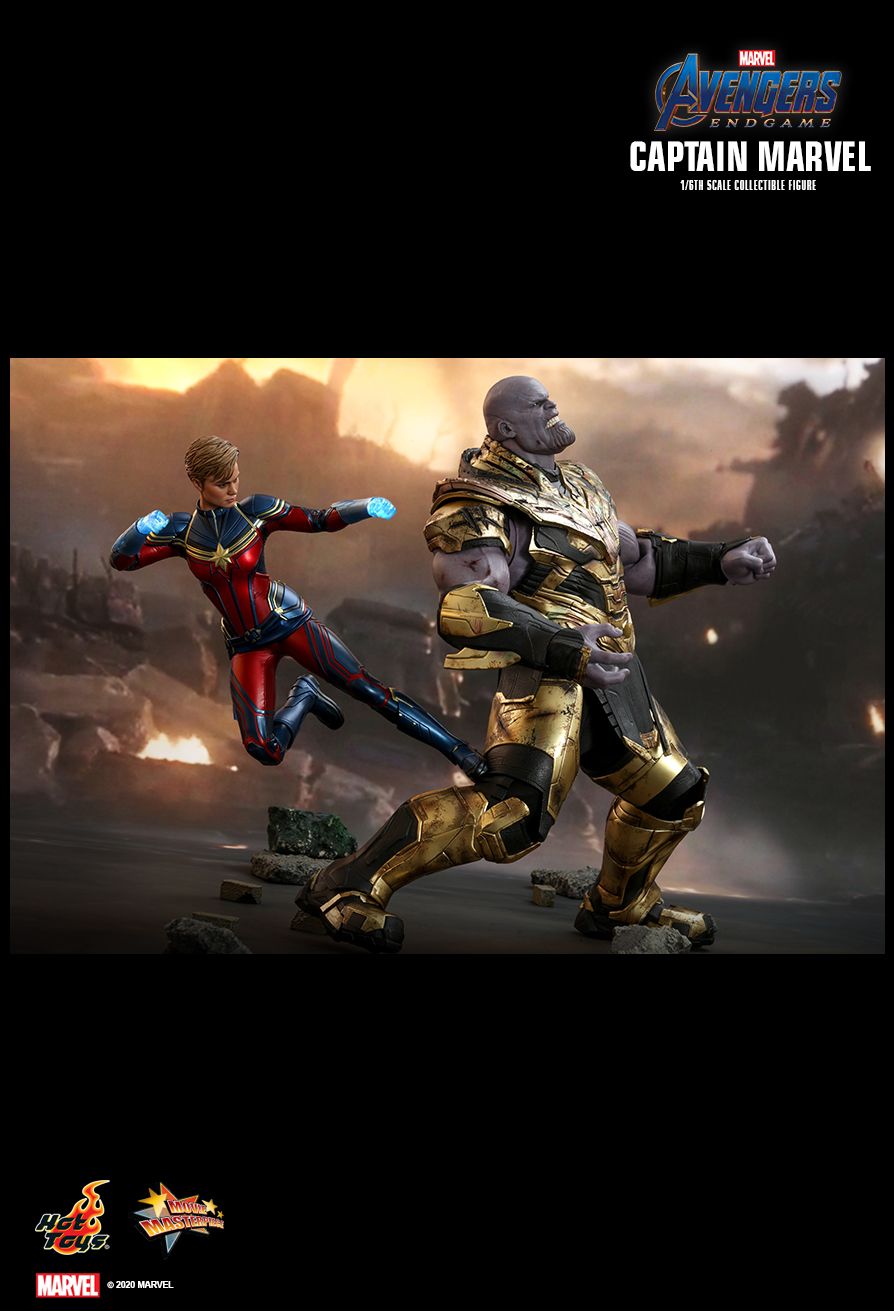 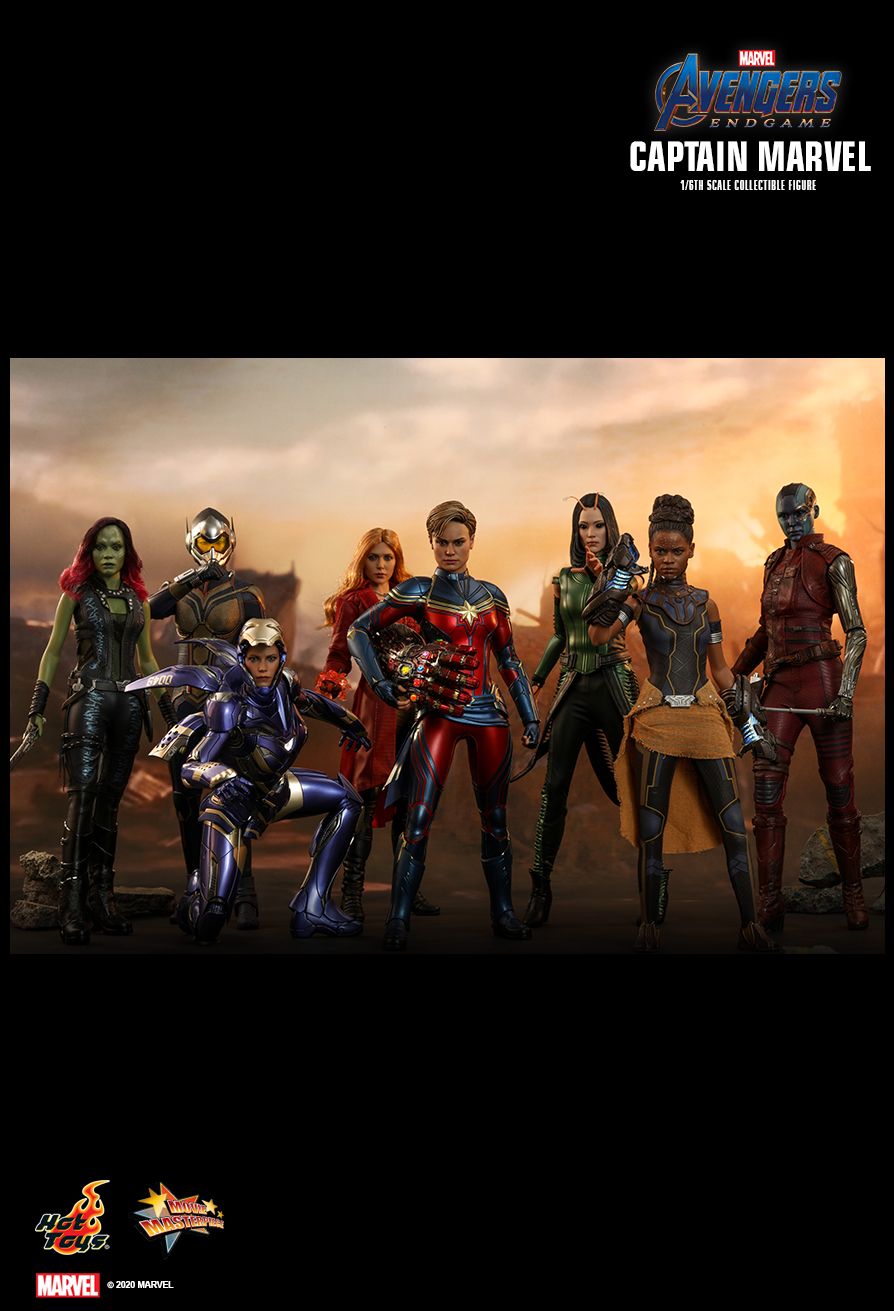 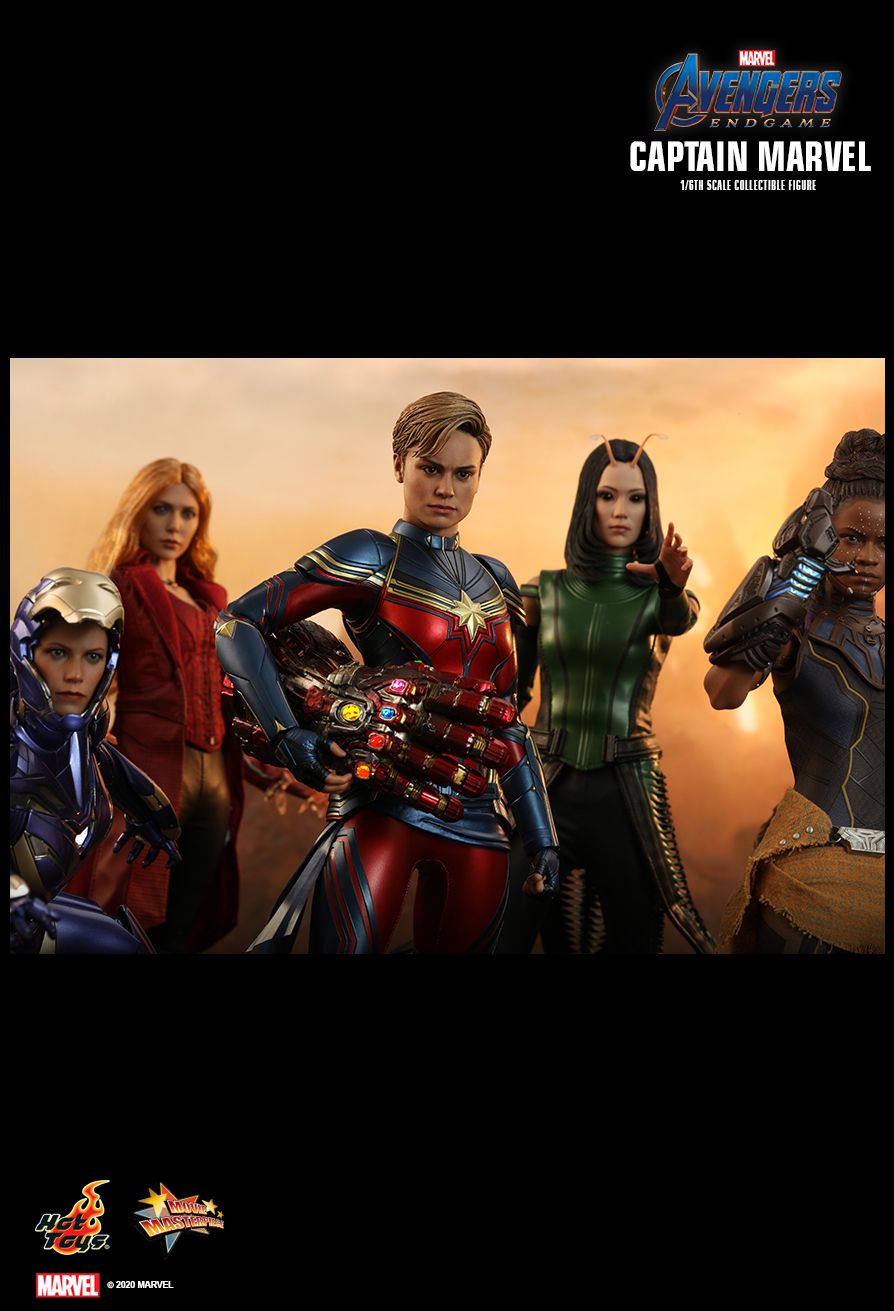 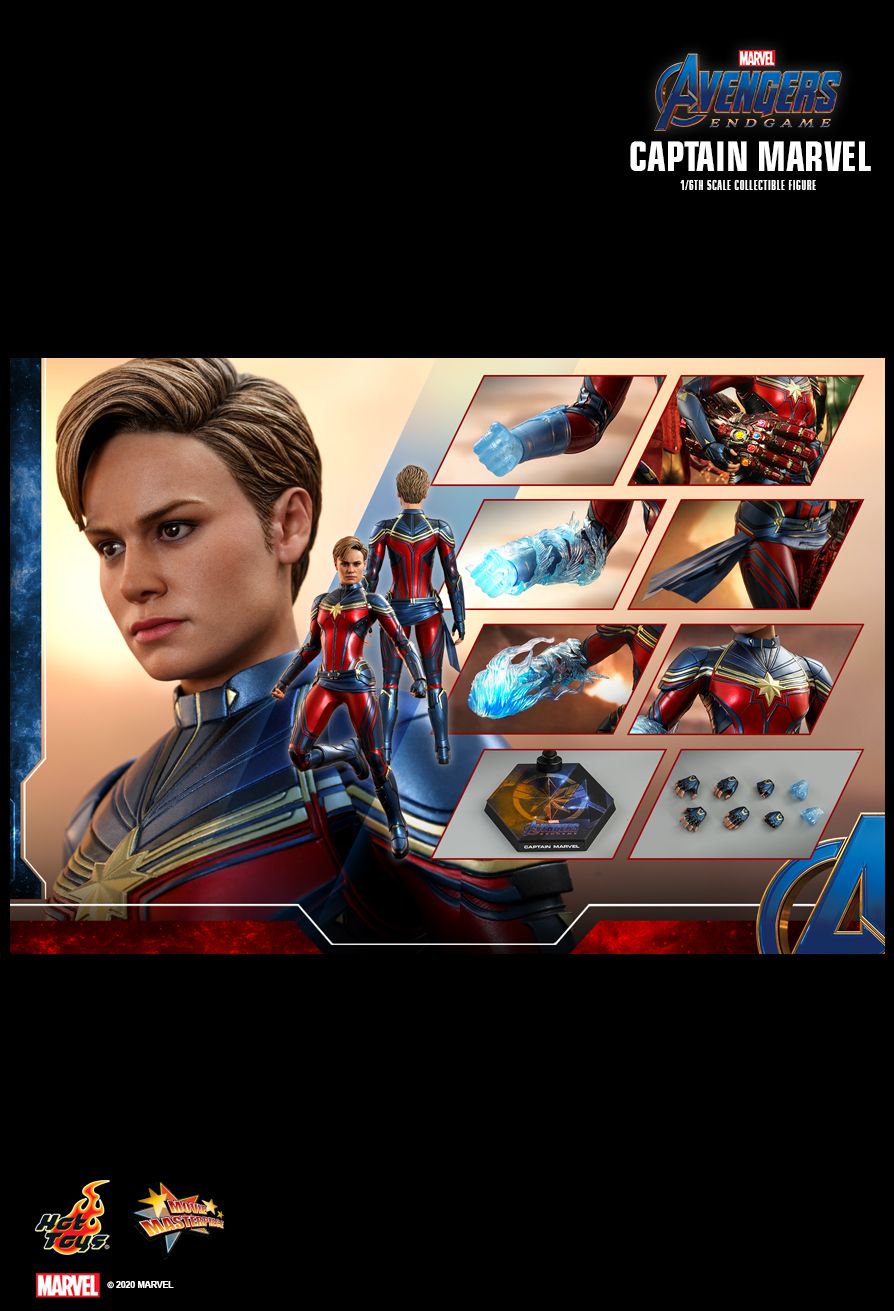 “Because before, you didn’t have me.”– Captain Marvel

One of Marvel’s most powerful superheroes, Captain Marvel joins the Avengers as the key to defeat Thanos. Arriving from space, the hero proceeds to completely destroy the warship and attempts to stop Thanos from wielding the Nano Gauntlet with her special power.

As seen in the final battle between the superheroes and the warlord, Hot Toys presents Captain Marvel Sixth Scale Collectible Figure from the incredible Avengers: Endgame collection.

Beautifully crafted based on the appearance of Brie Larson as Carol Danvers/Captain Marvel in the movie, the figure features a newly developed head sculpt with a short hairstyle, a specially designed body equipped with LED light-up function on both sides of the forearms, the iconic red and blue costume with a gold star emblem on chest and sash around the waist in movie-accurate perfection, multiple energy-blasting effect accessories wearable on arms and hands, LED light-up Nano Gauntlet painted and battle-damaged effects, and a movie-themed dynamic figure stand for a wide range of aerial poses!

The new Captain Marvel figure is a sure way to show off your Marvel fandom!