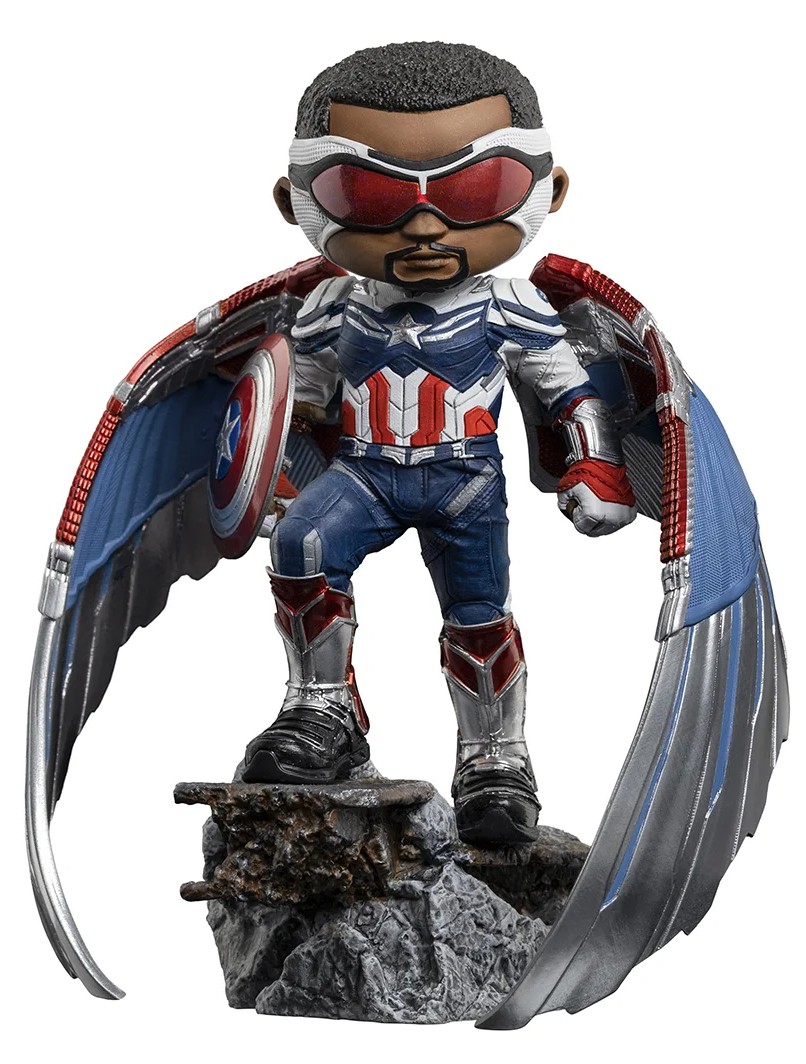 With the vision enhanced by his combat goggles, the ability to fly at high speed with the agility of a true bird of prey, and ready with the legendary shield that is his friend and predecessor’s symbol, Sam Wilson is the new sentinel of liberty of the MCU, with his new suit packed with stars and stripes, he now gains his stylized Toy Art version in the statue “Captain America – Sam Wilson – MiniCO”, the first version of the charismatic winged hero Sam Wilson in the MiniCo format by Iron Studios!

One of Steve Roger’s most loyal friends and allies, Sam was chosen by Rogers to be the new Captain America, receiving the indestructible shield from his partner’s hands. Former known as the hero Falcon, he accepts the legacy and honors his friend by taking his place in the miniseries “The Falcon and the Winter Soldier” of the Disney+ streaming service, and with his flight abilities added to the training he had with his new ally and partner Bucky Barnes, he becomes a formidable combatant.

Played by Anthony Mackie, the new Captain America must return in the already confirmed fourth solo movie of the Sentinel of Liberty. Already available for Pre-Order and ready to take flight with his mighty metal wings into your MiniCo collection, he was revealed on the show Inside Iron Studios Day on YouTube. Over a rocky pedestal, as if he was on the top of a mountain, Captain America Sam Wilson adds and expands the Marvel heroes MiniCo collection by Iron Studios, which will soon have much more news. To check out more, follow Iron Studios on their social media and YouTube channel.