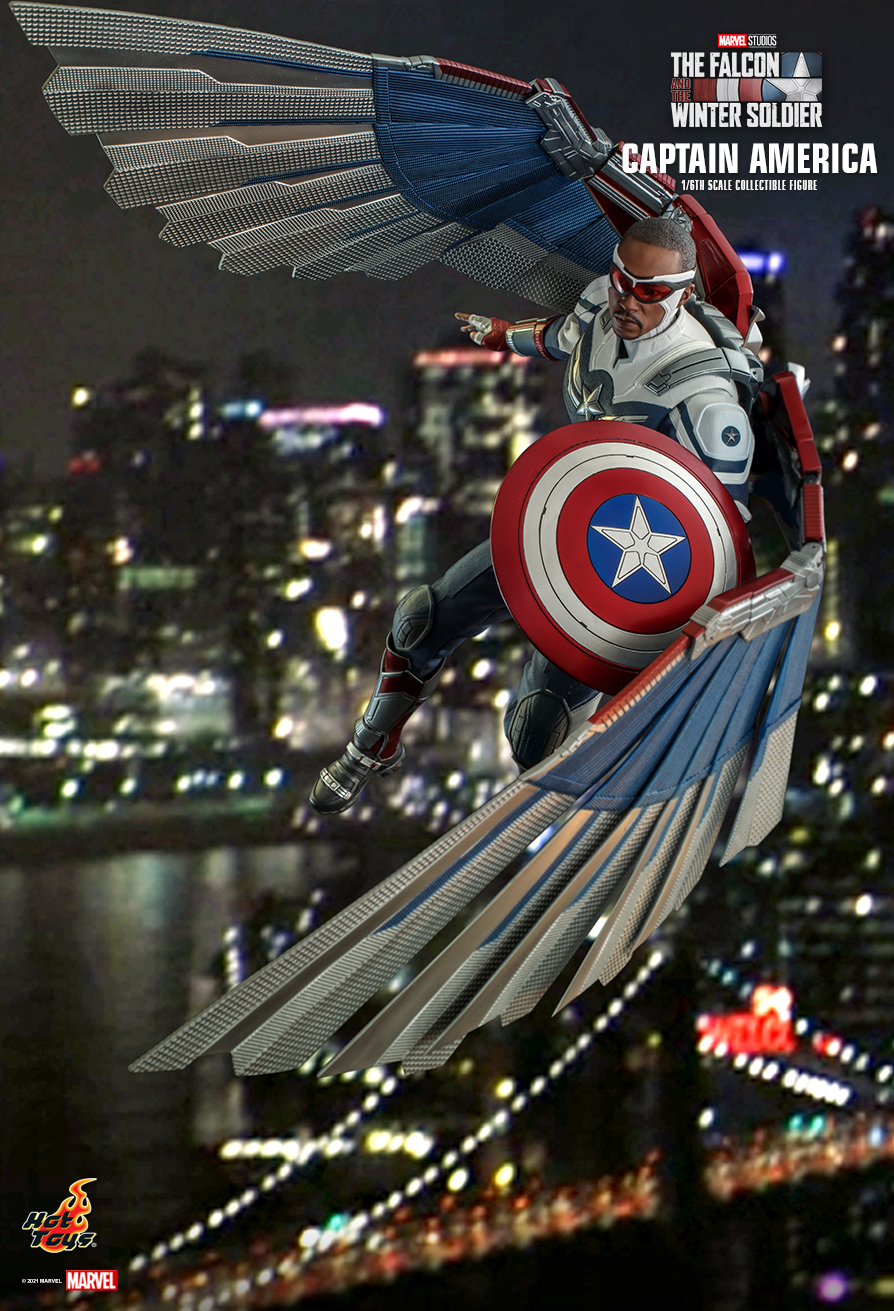 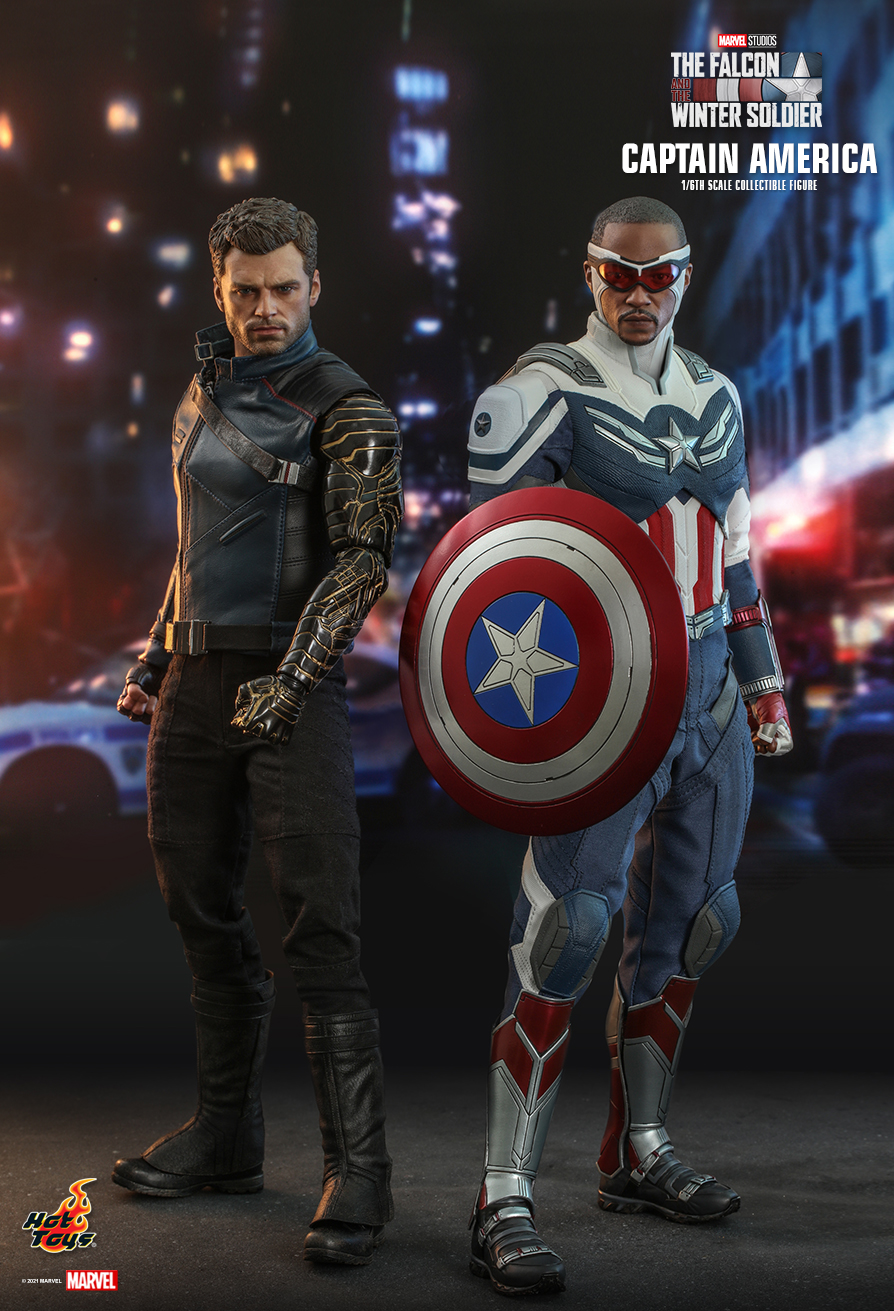 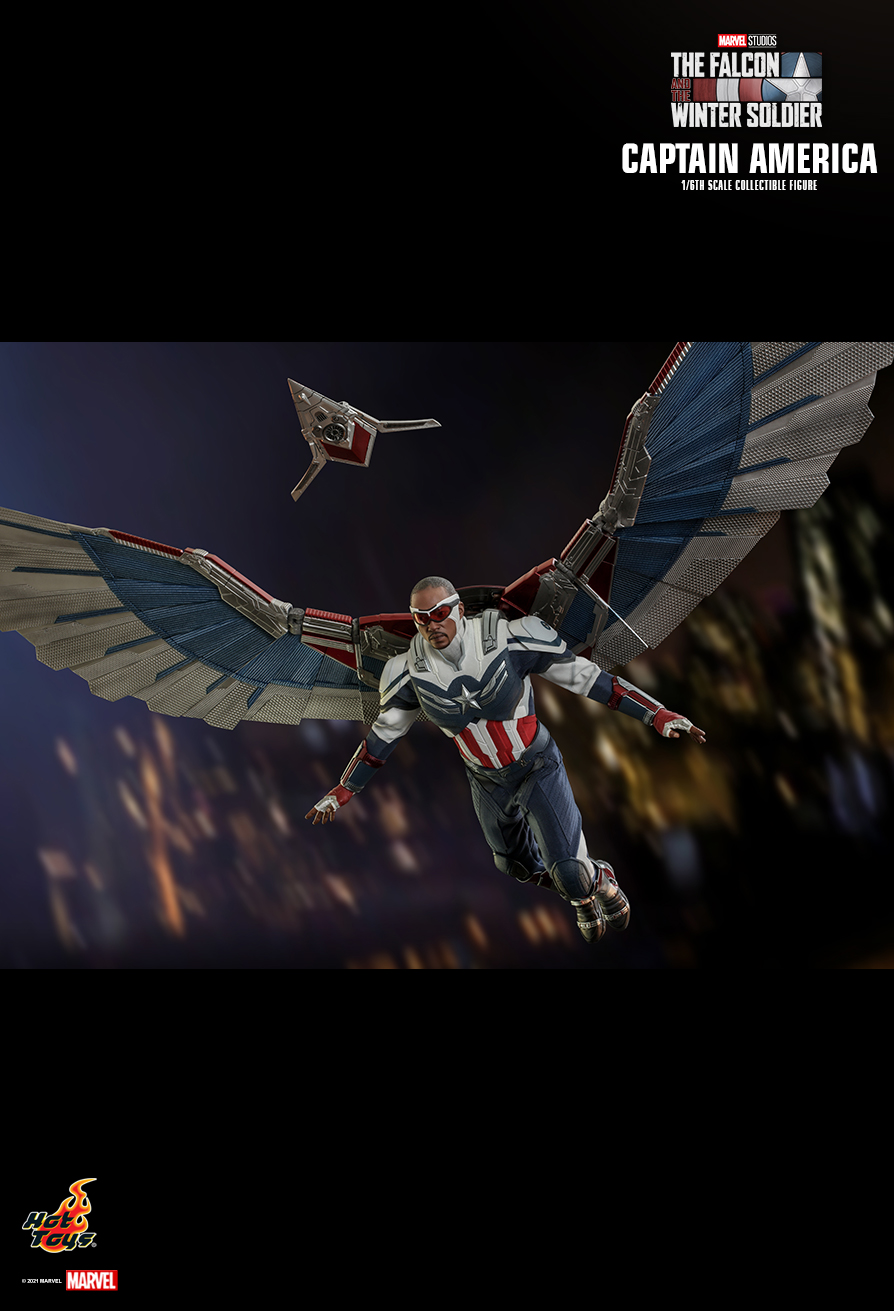 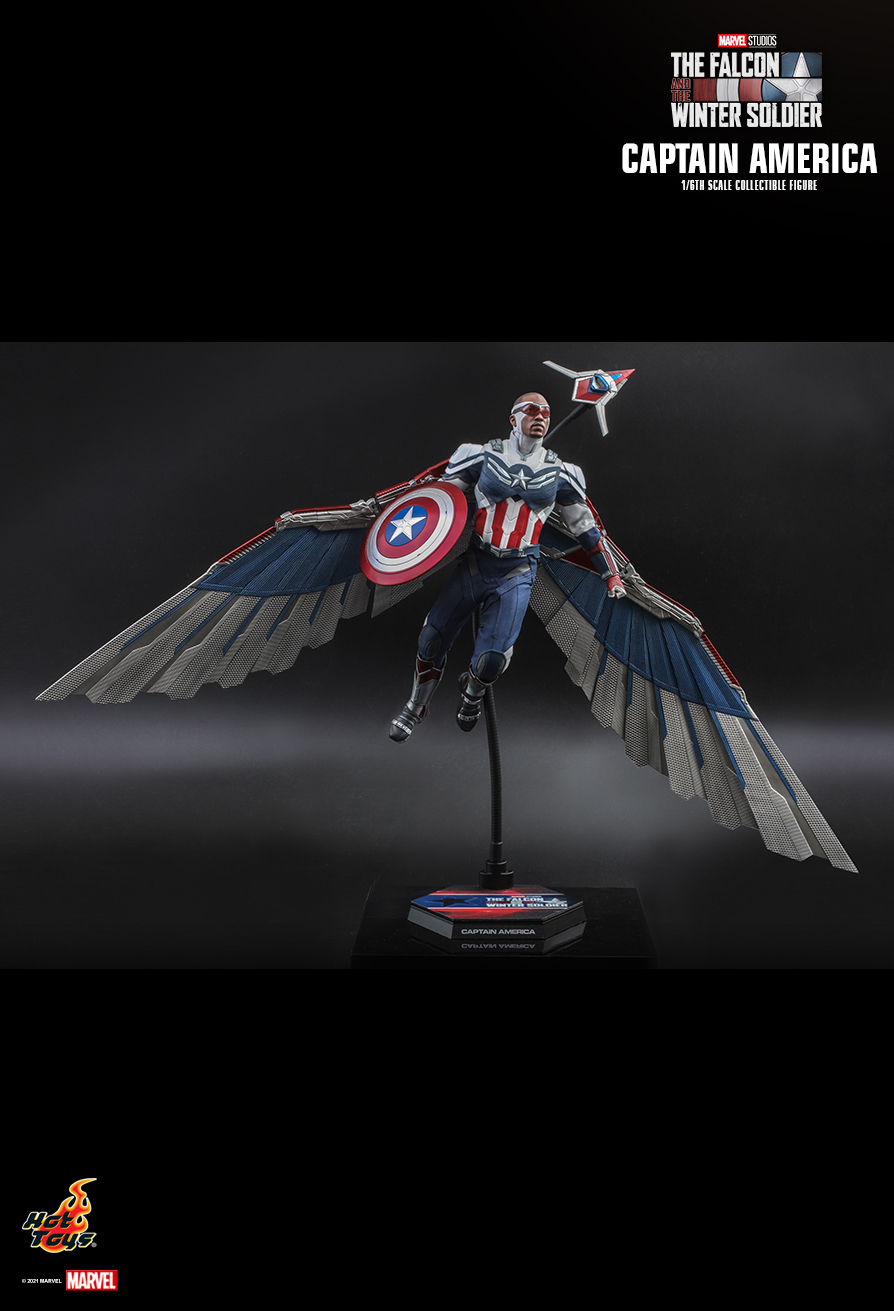 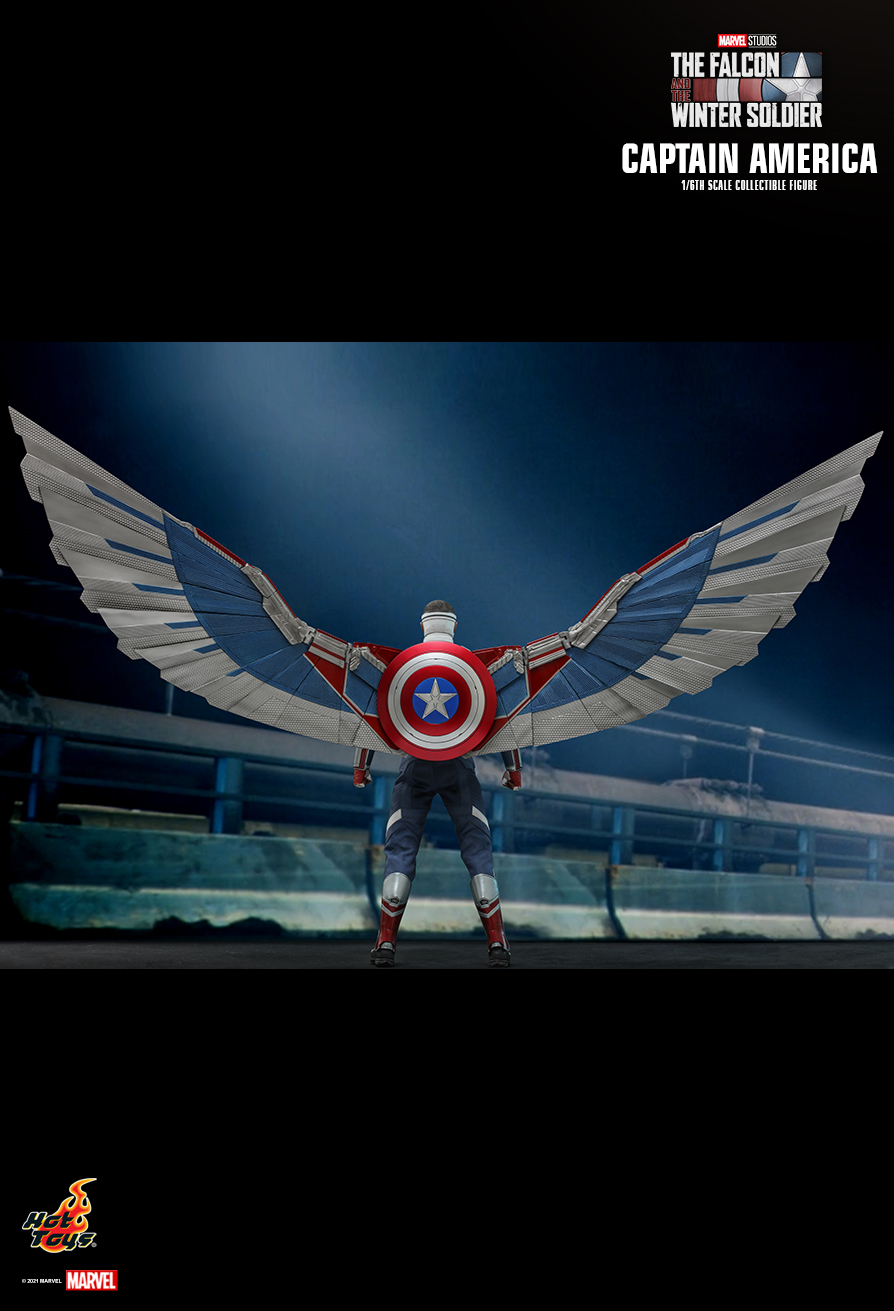 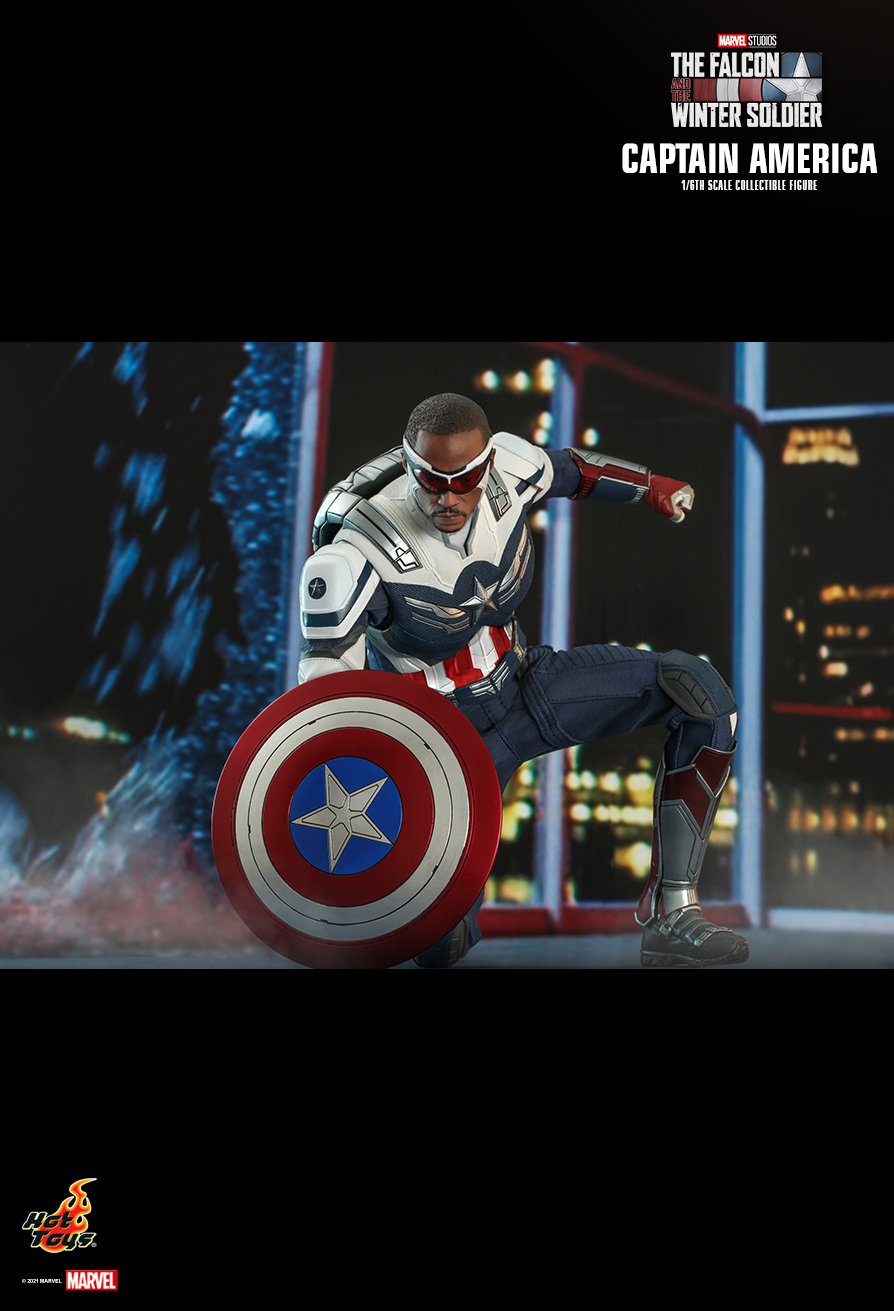 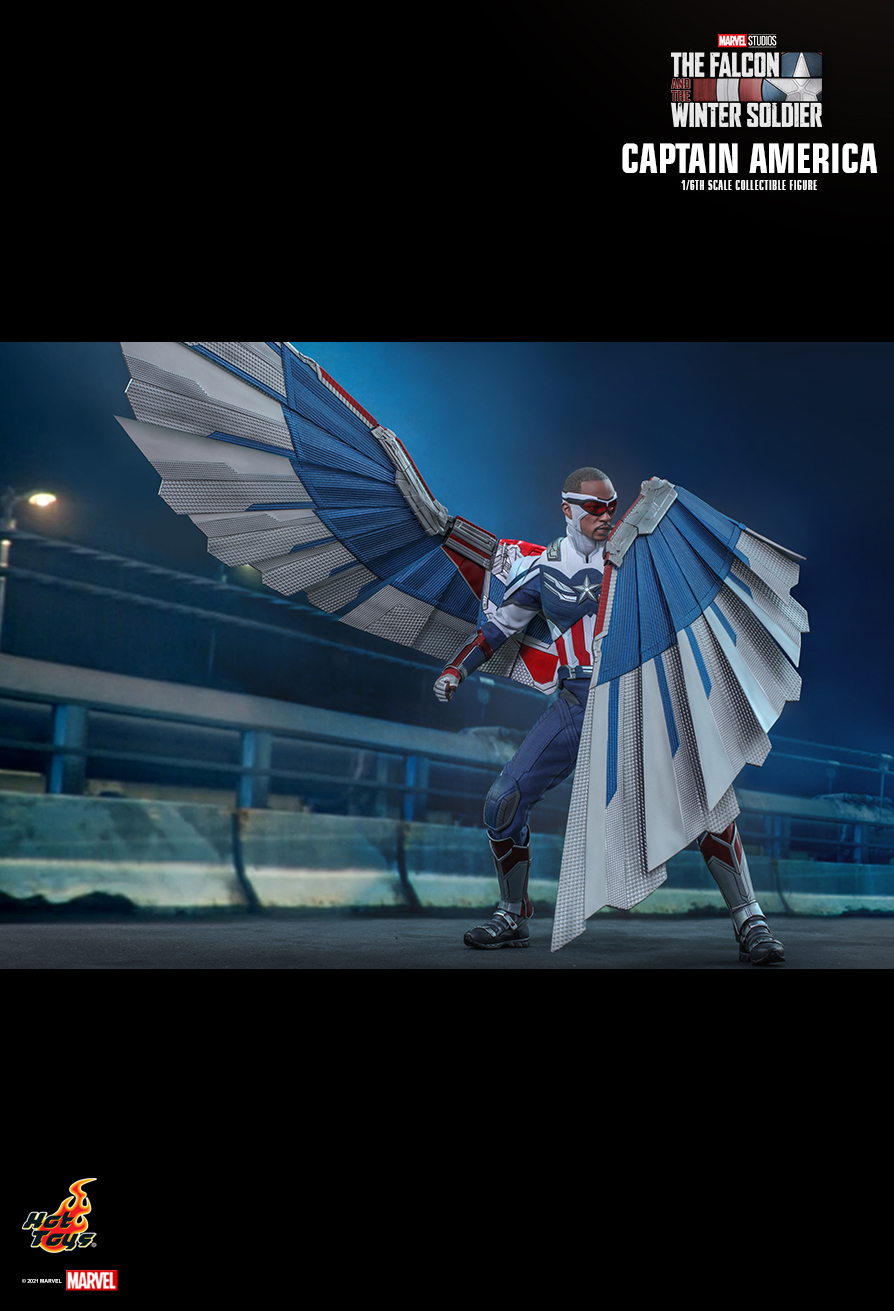 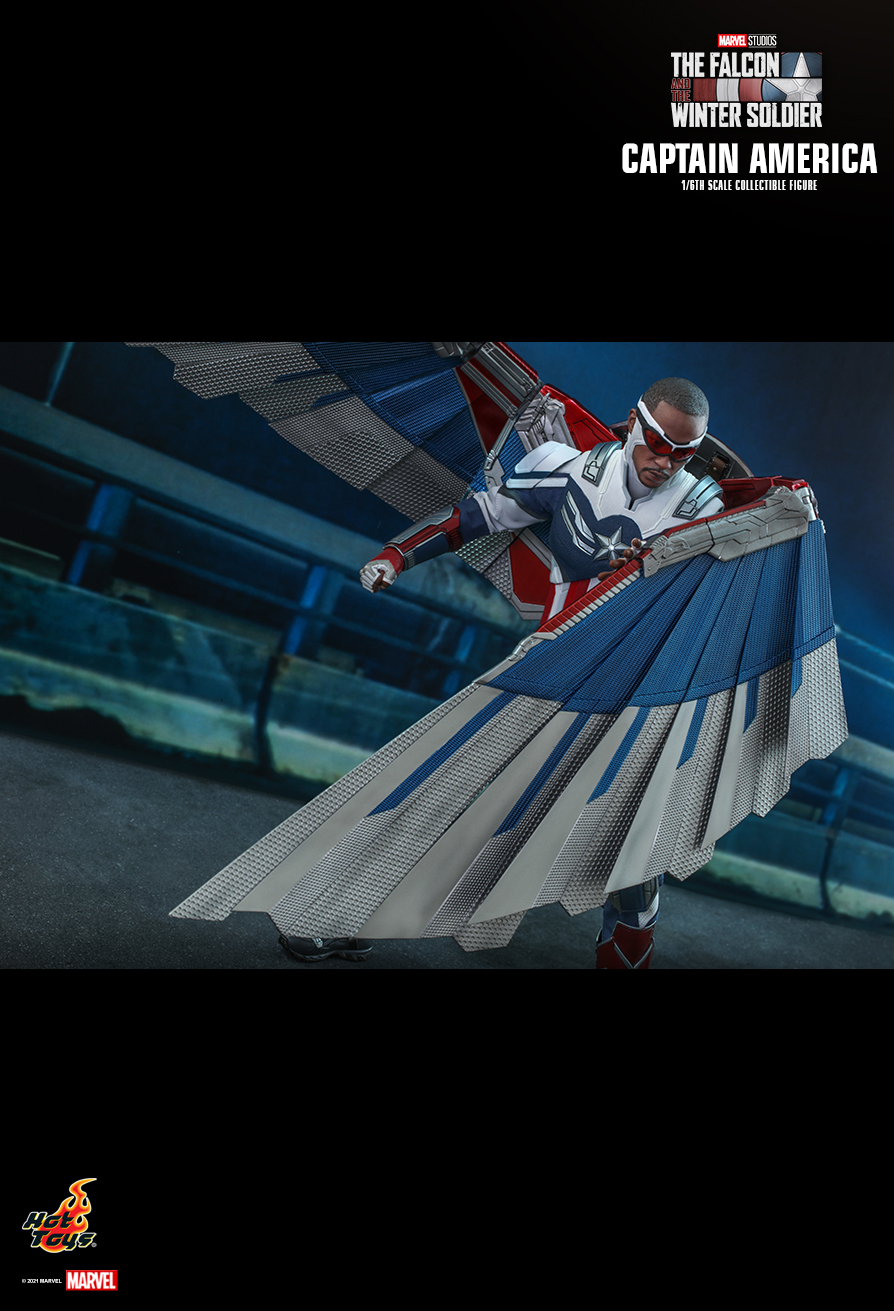 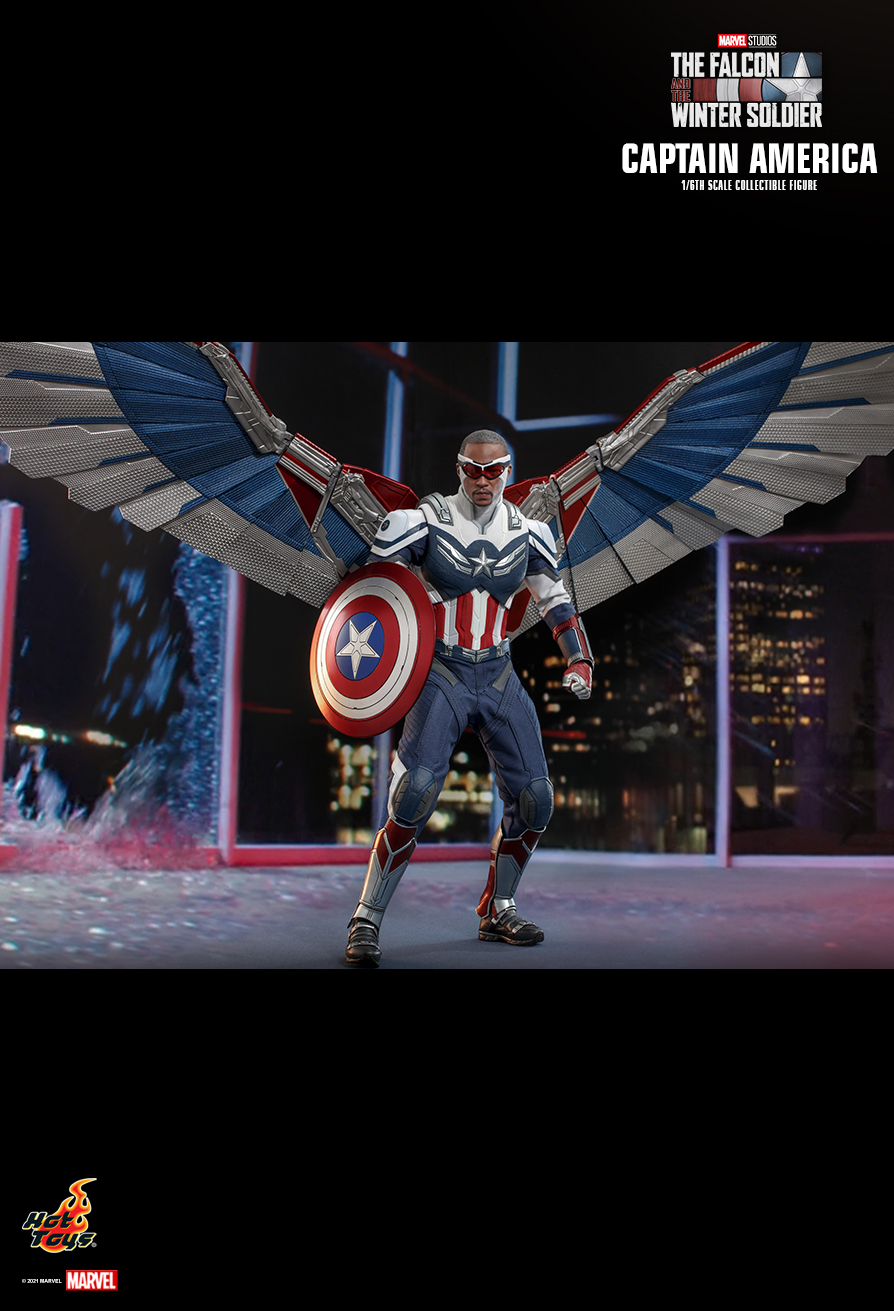 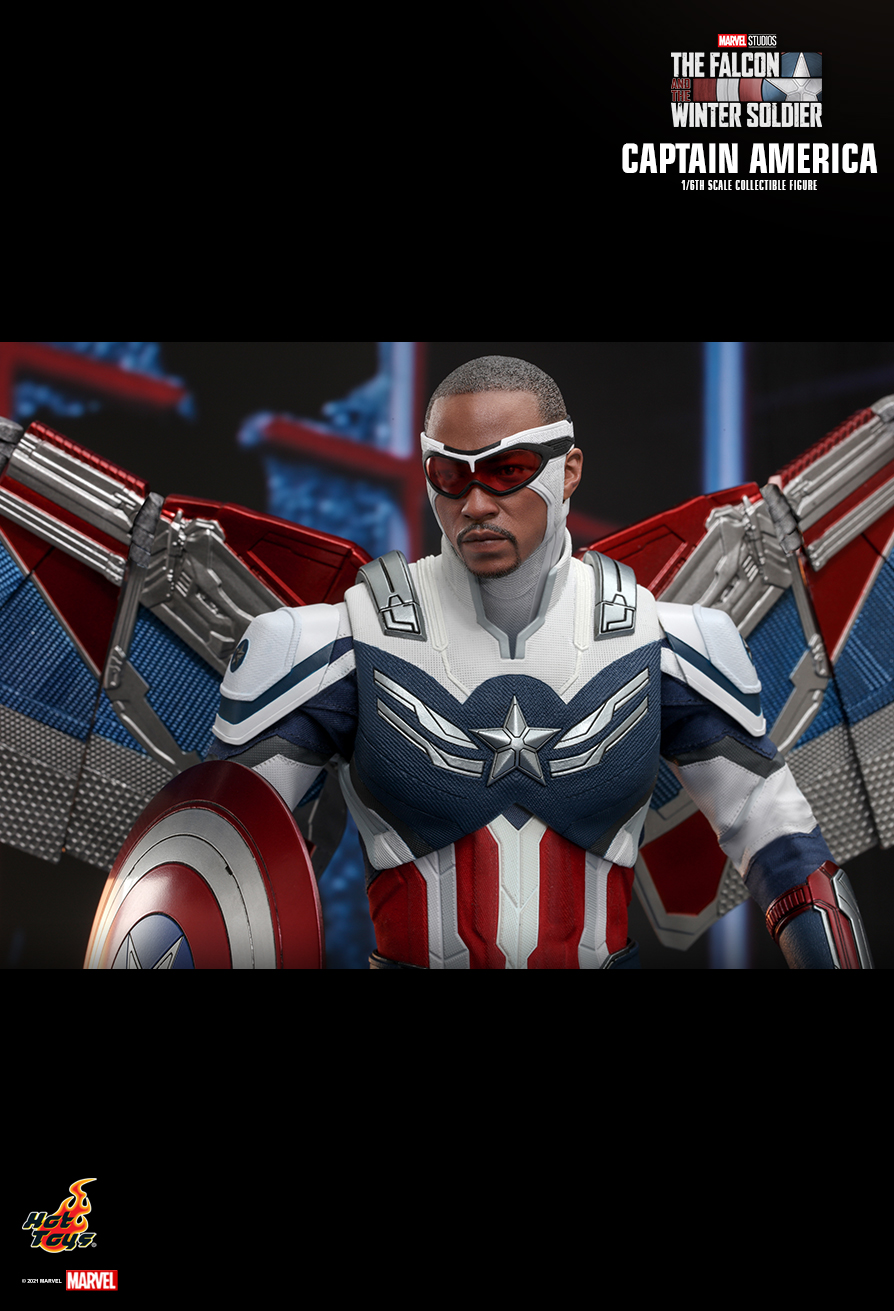 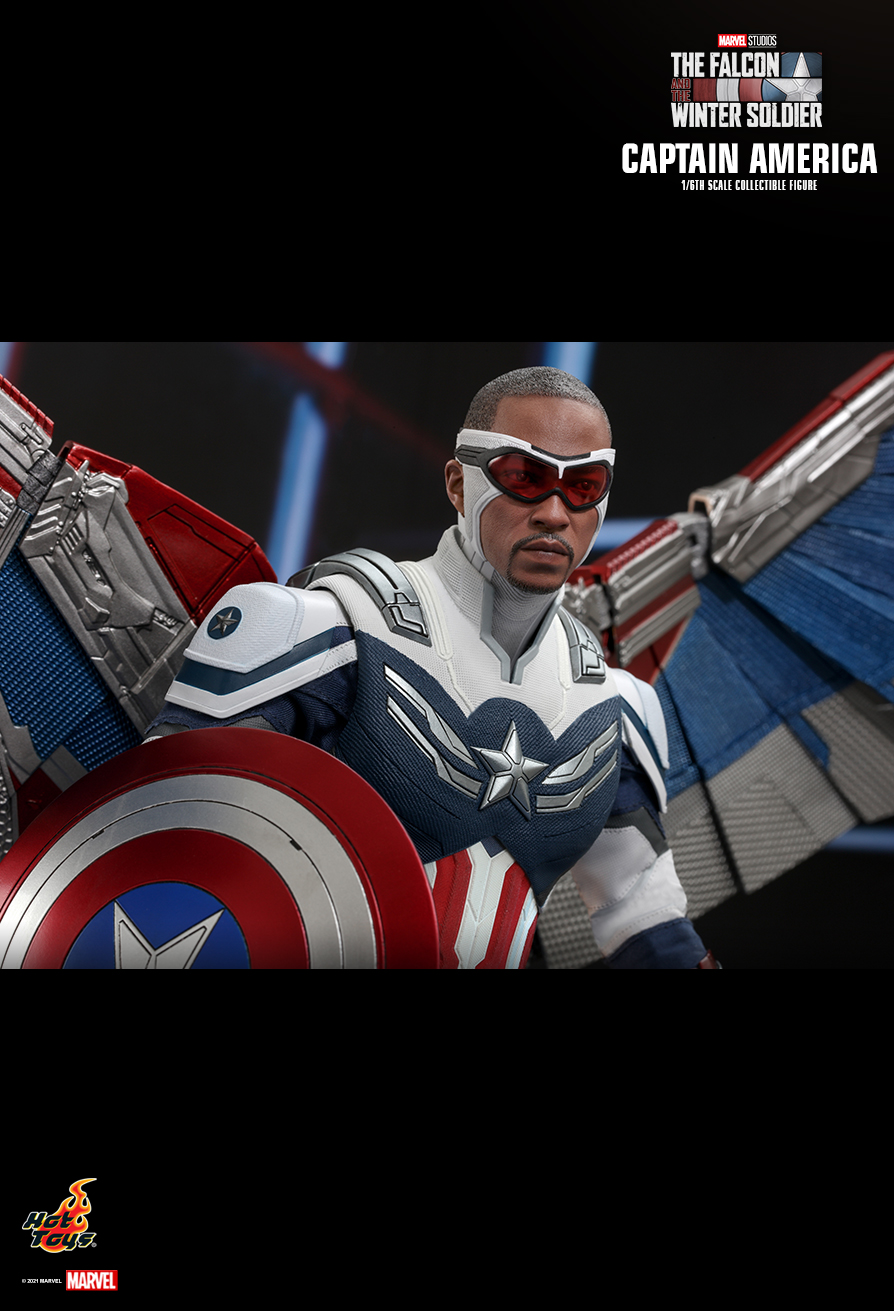 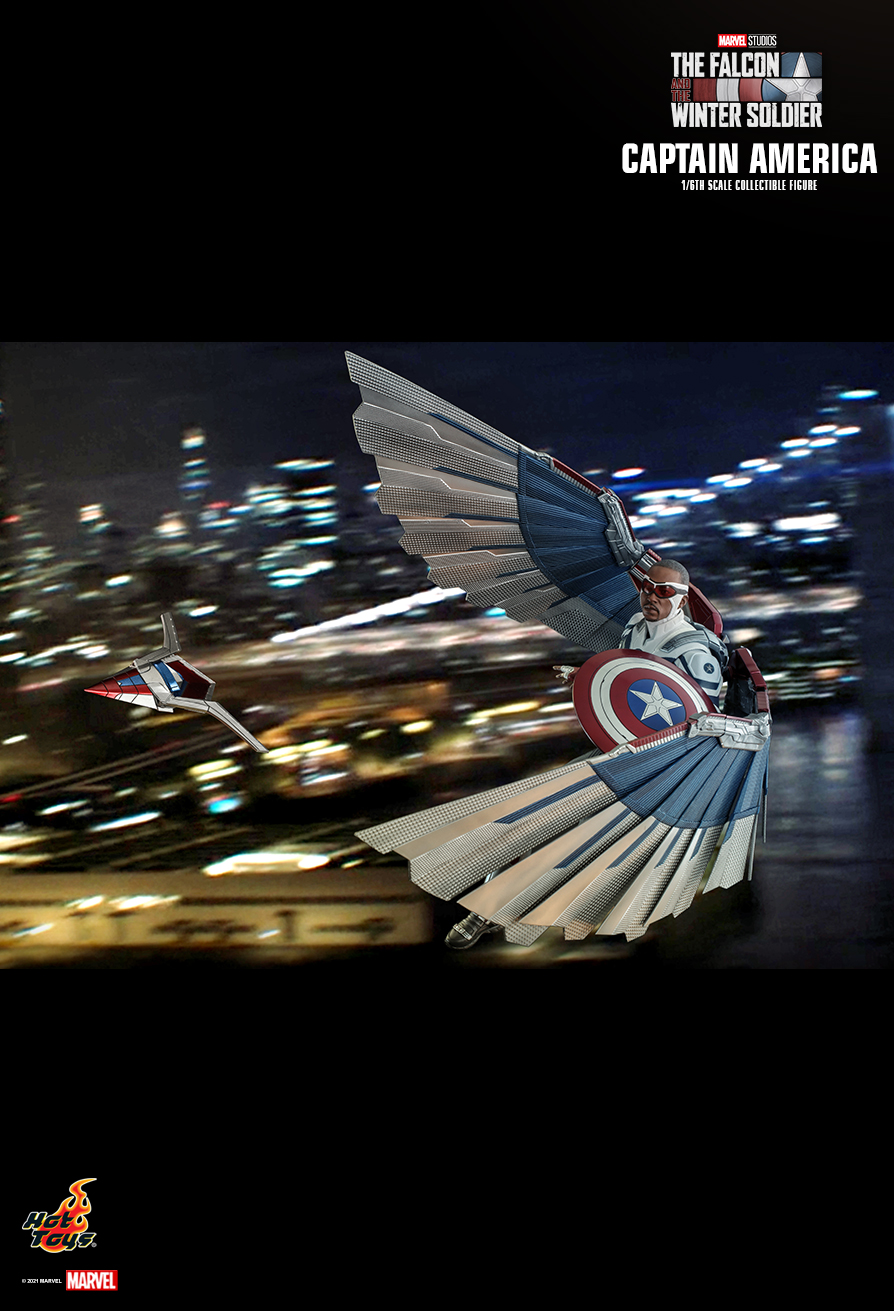 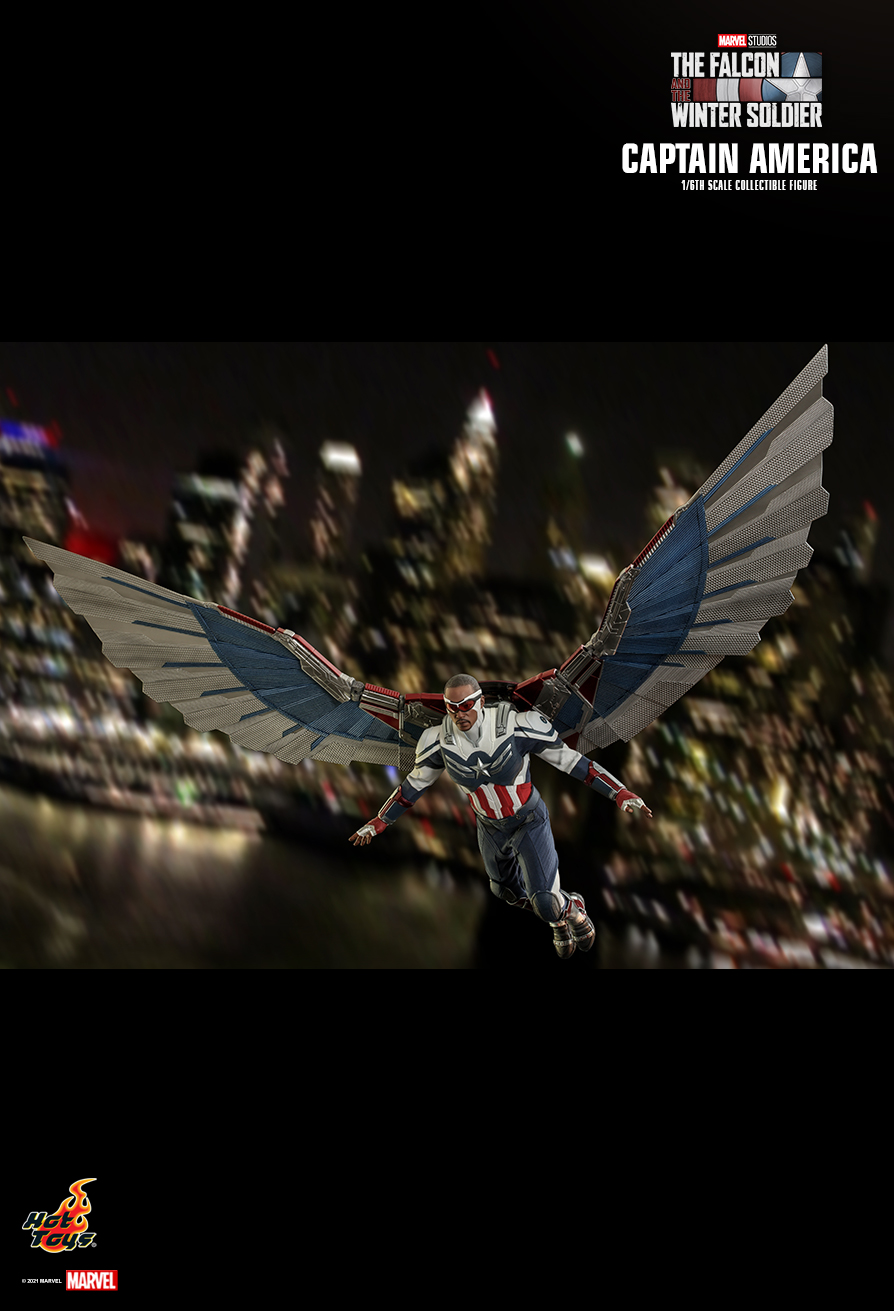 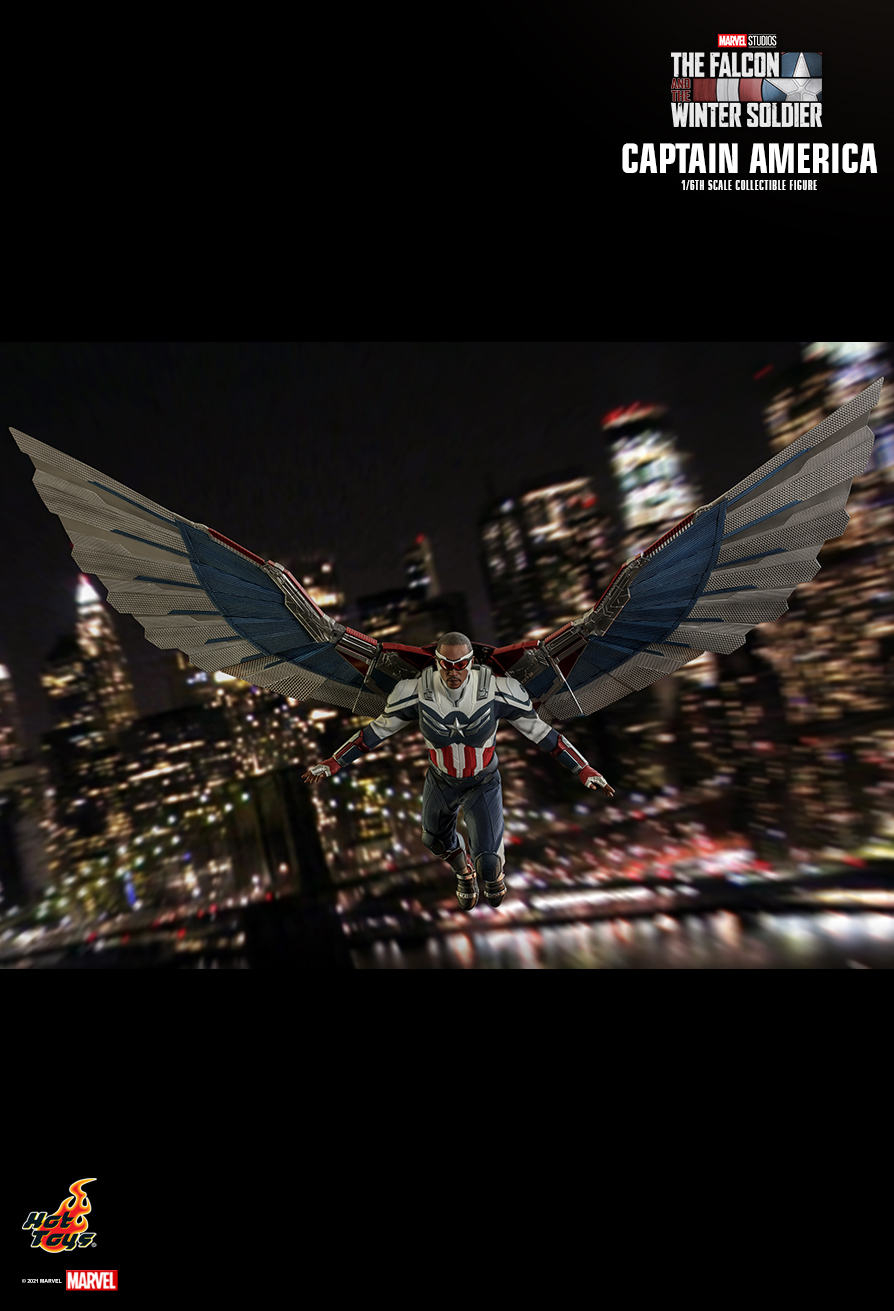 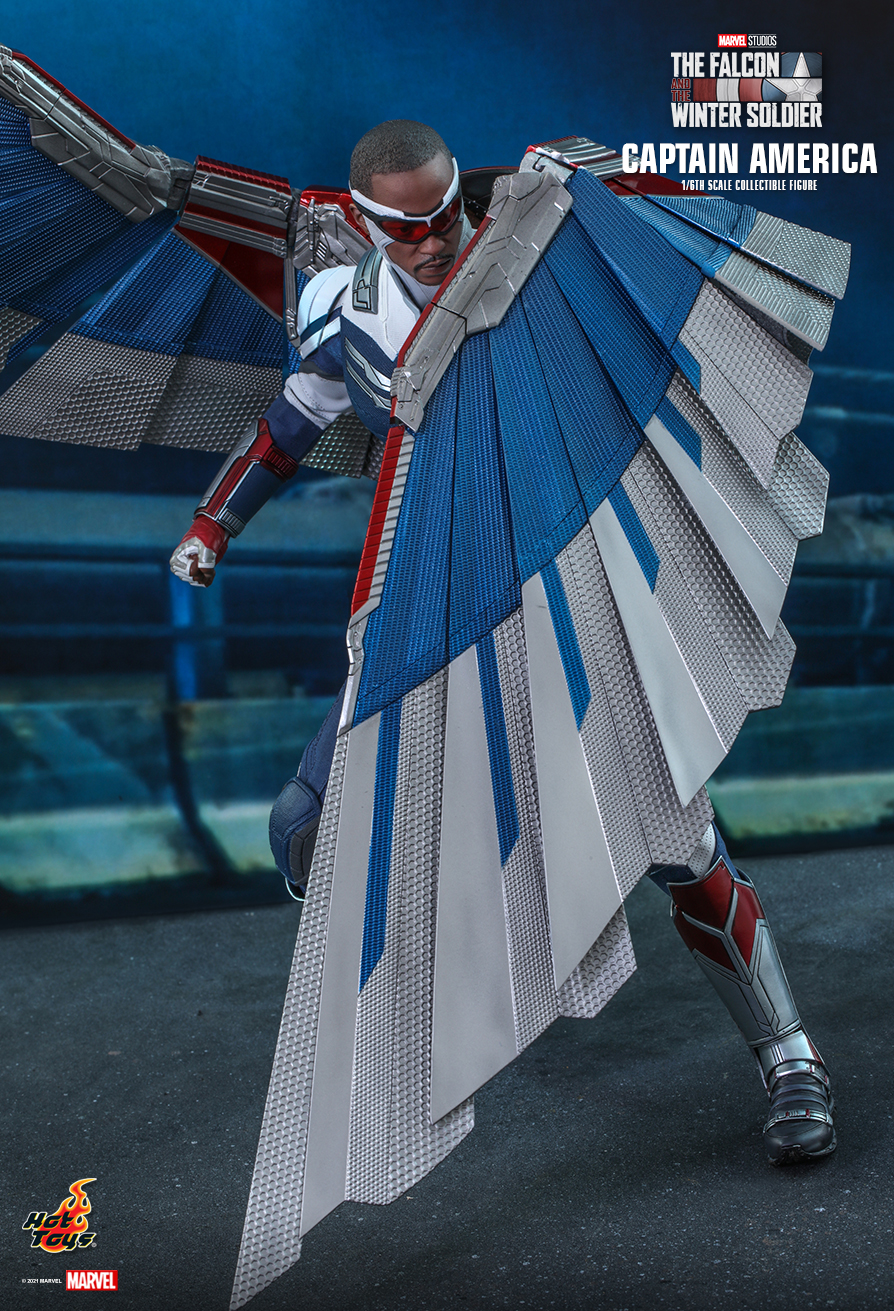 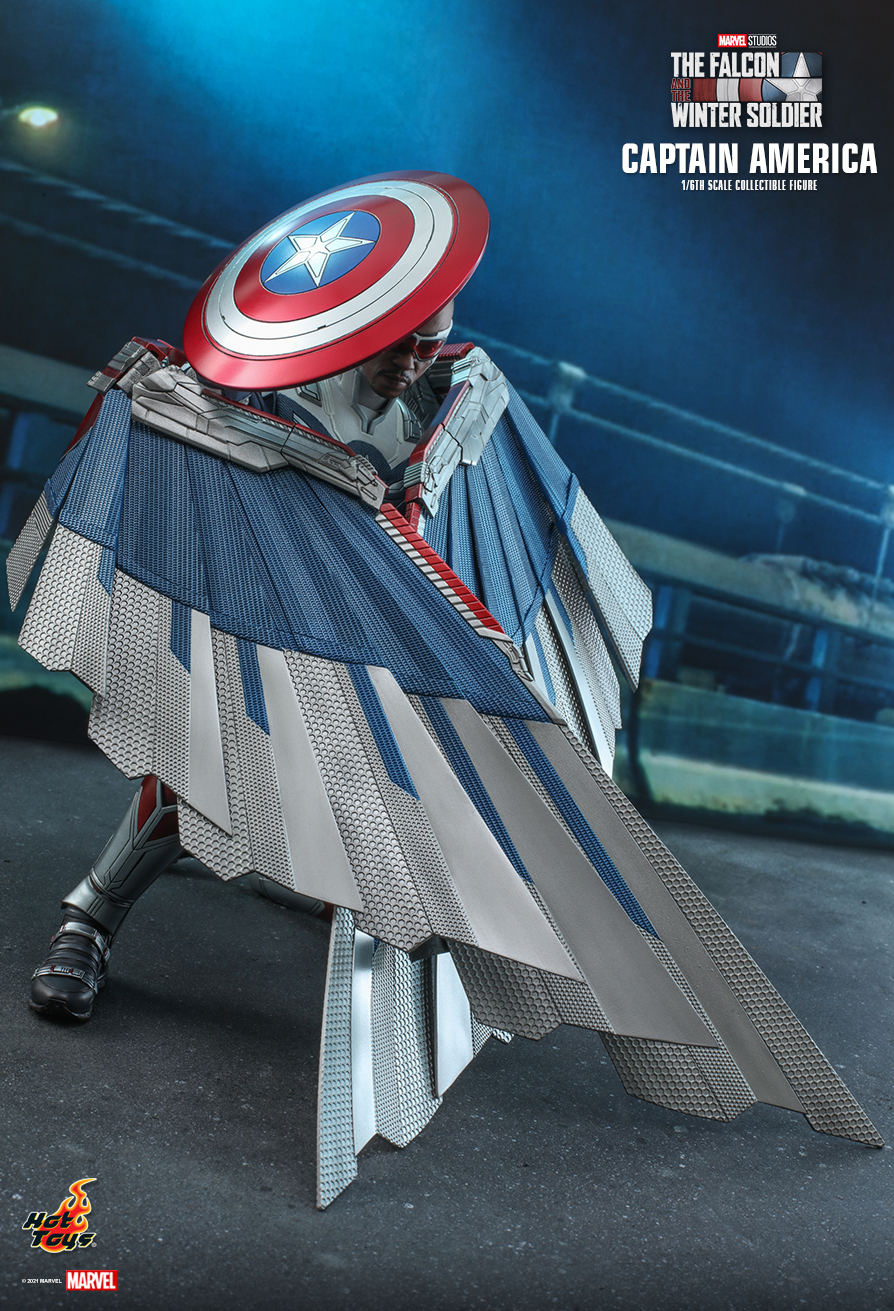 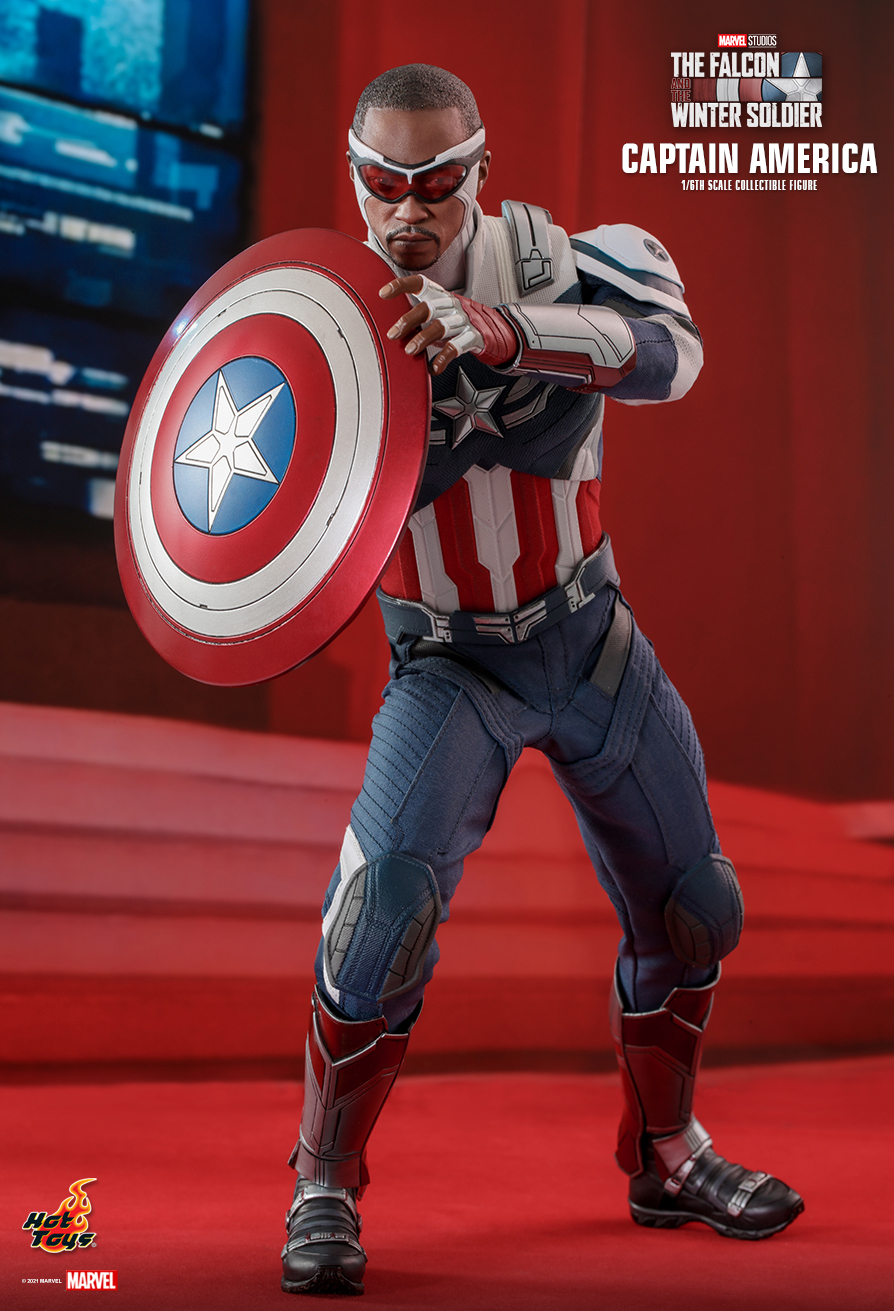 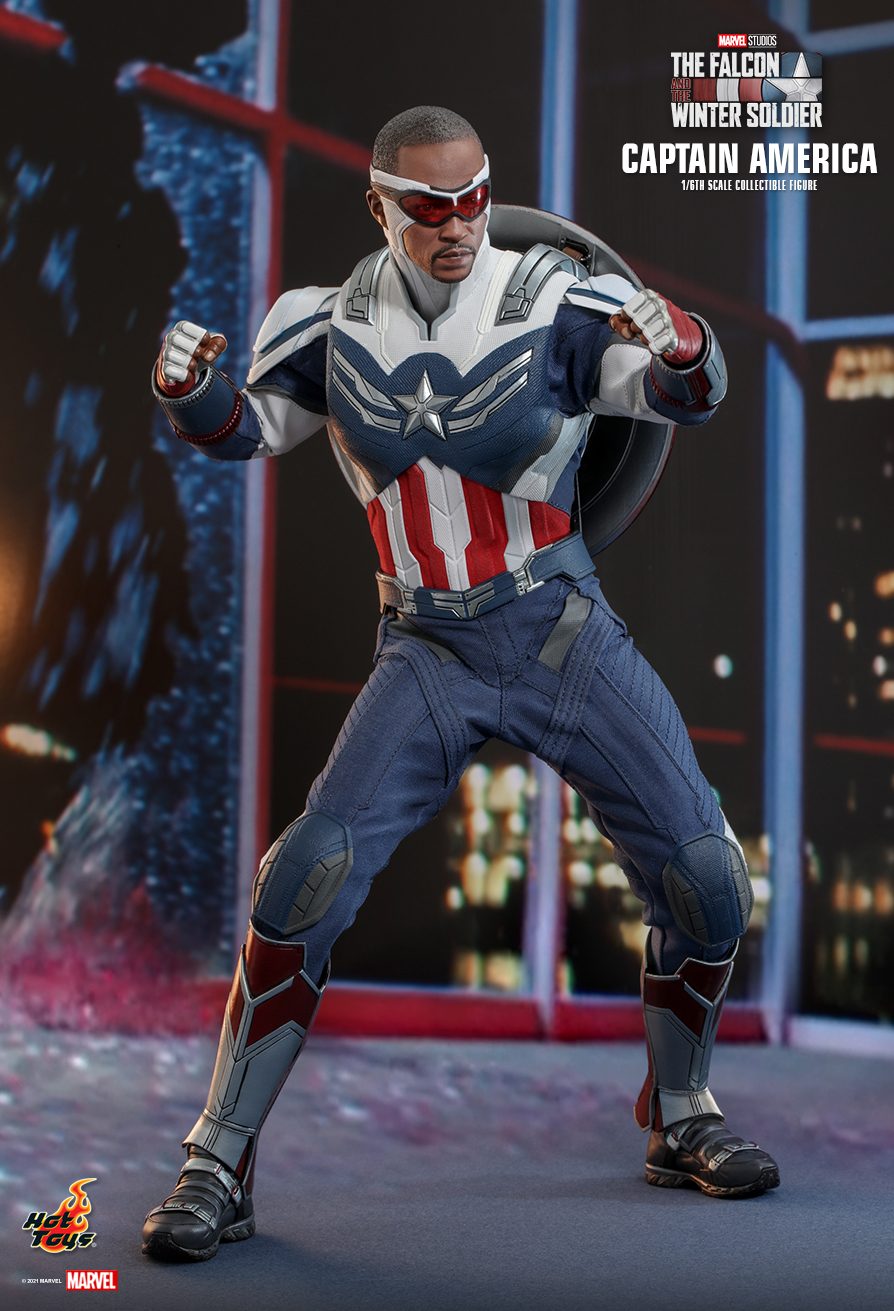 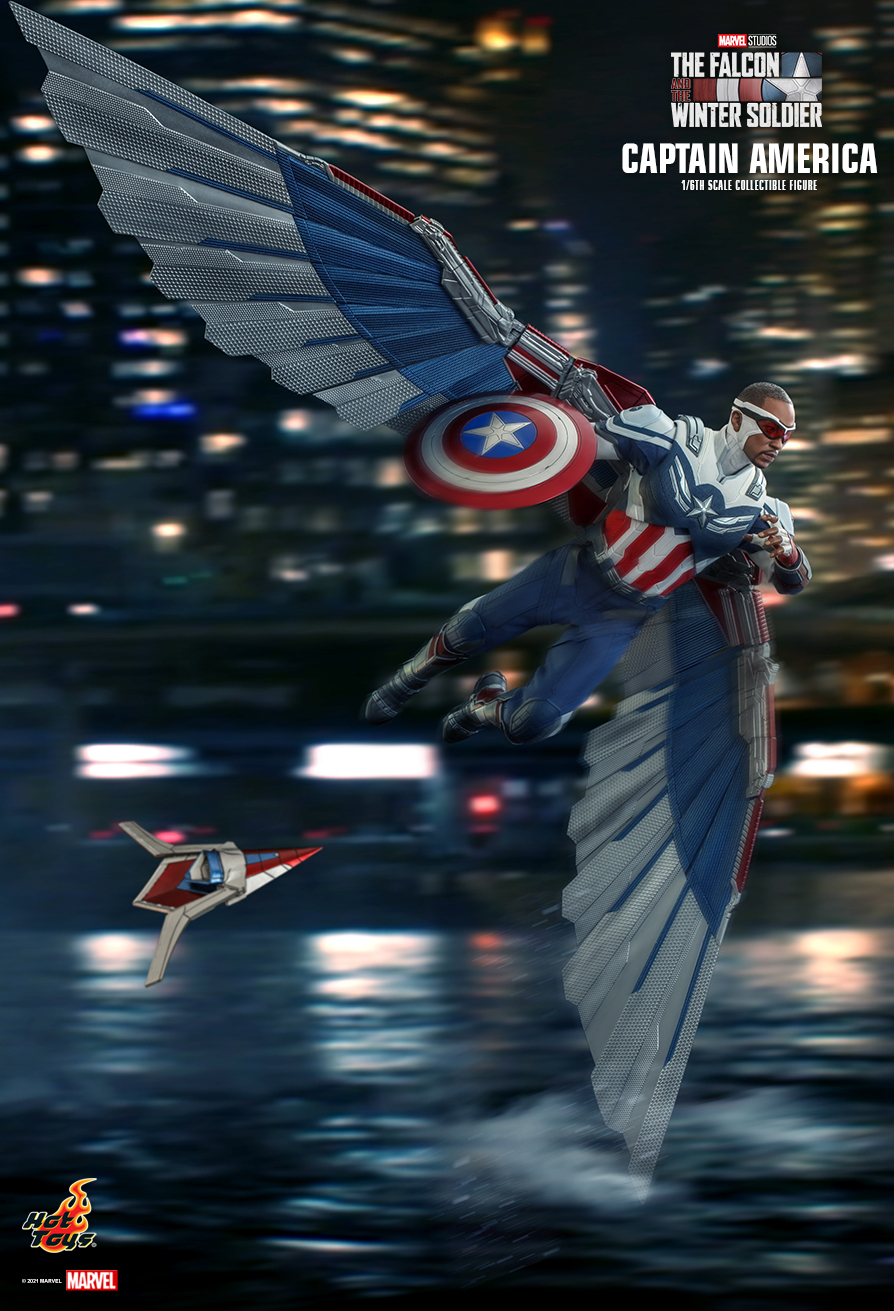 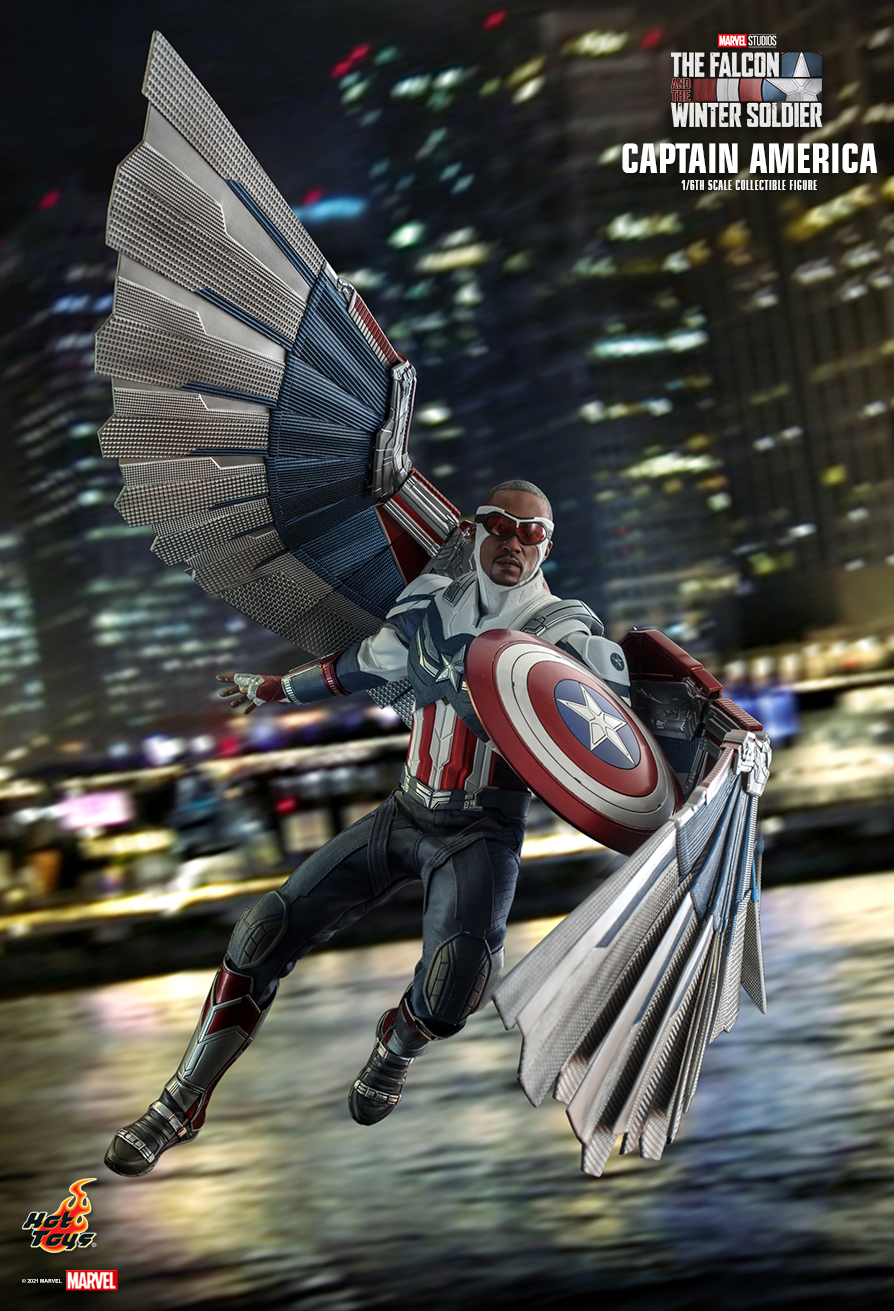 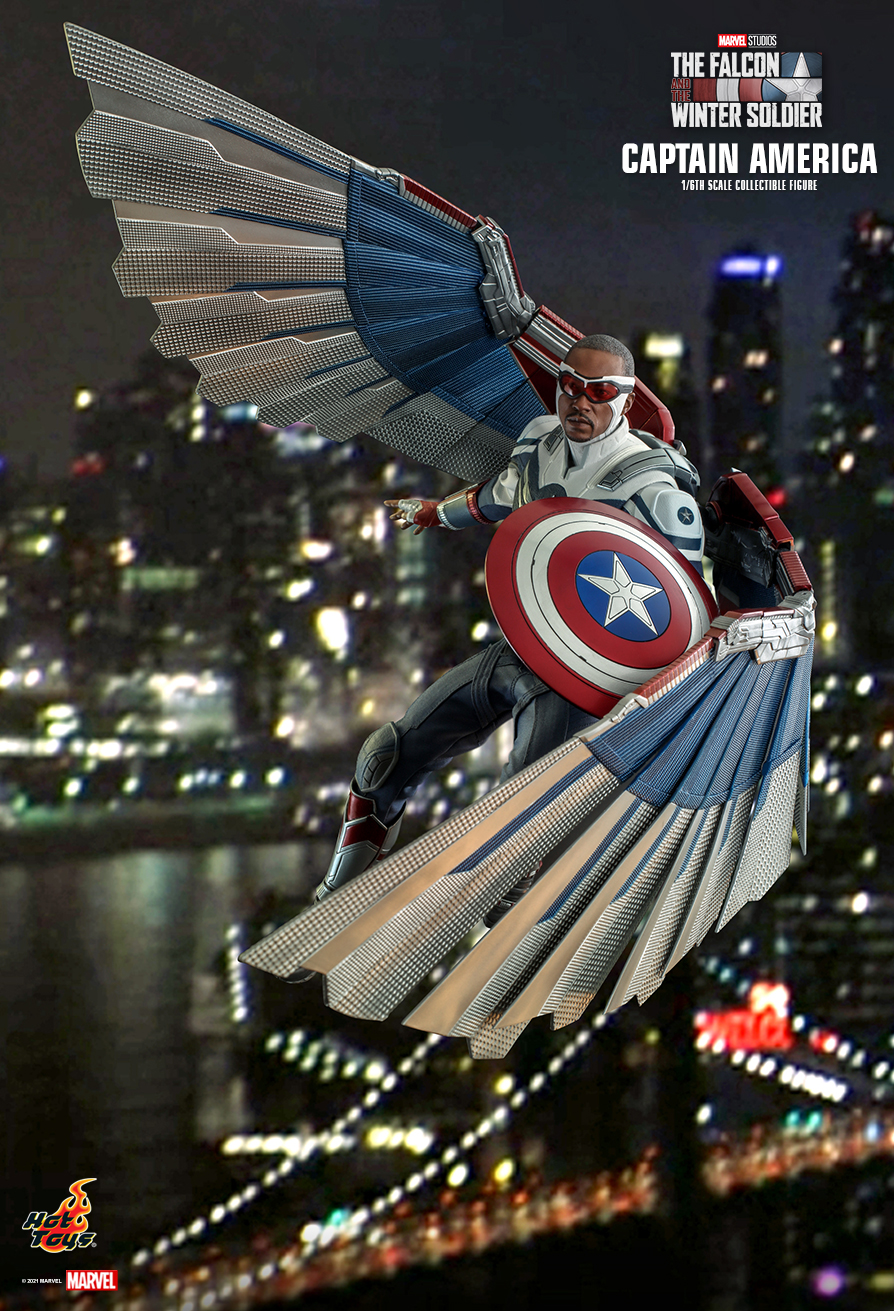 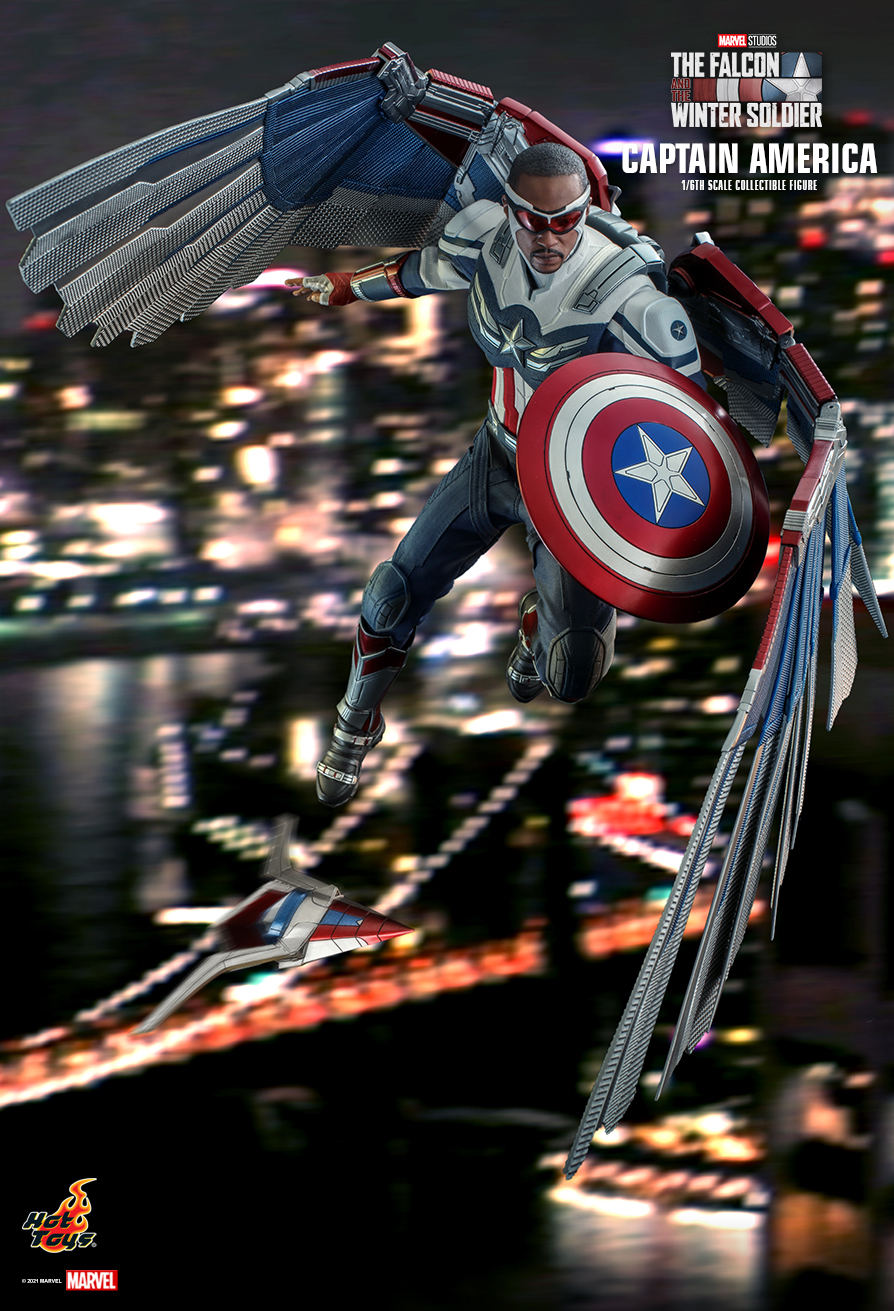 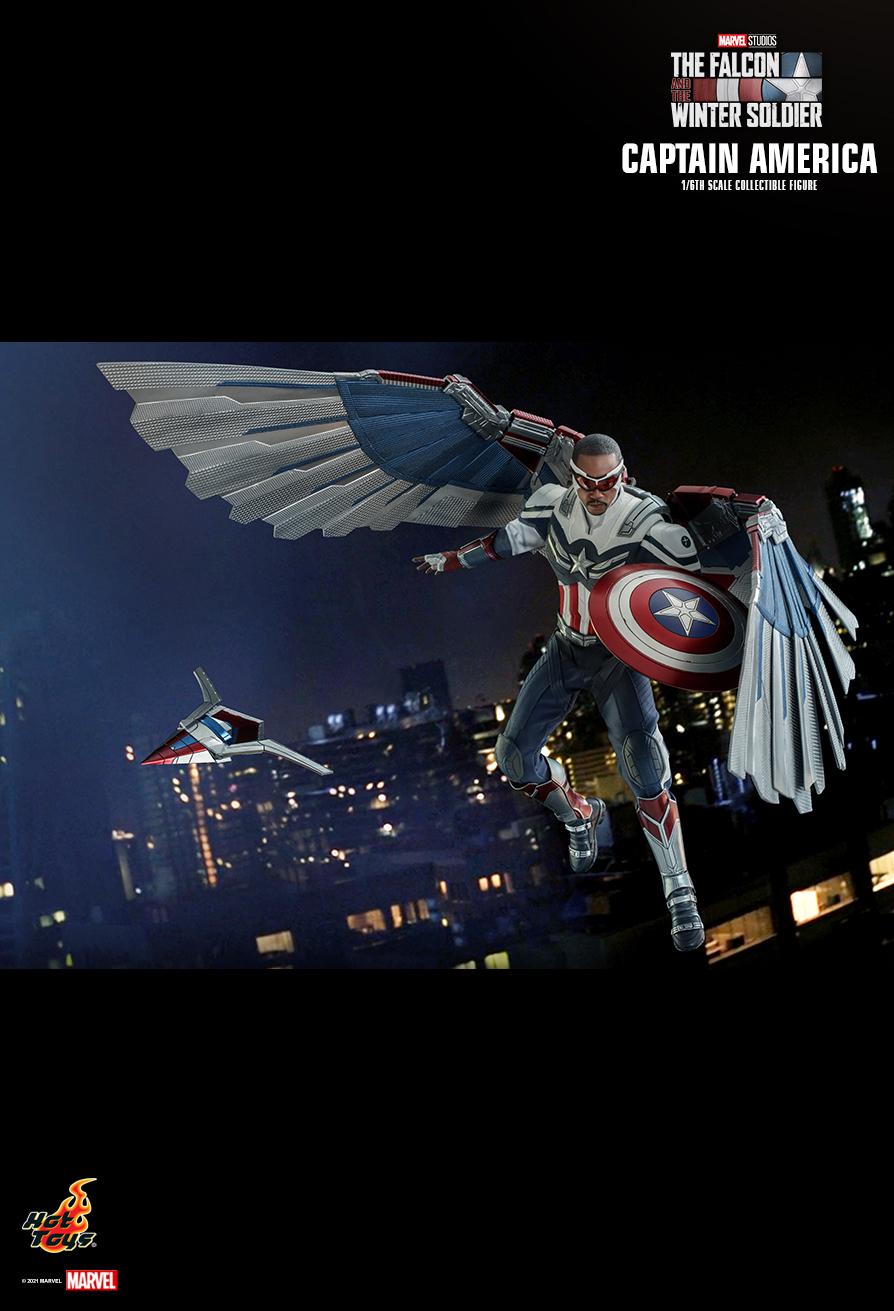 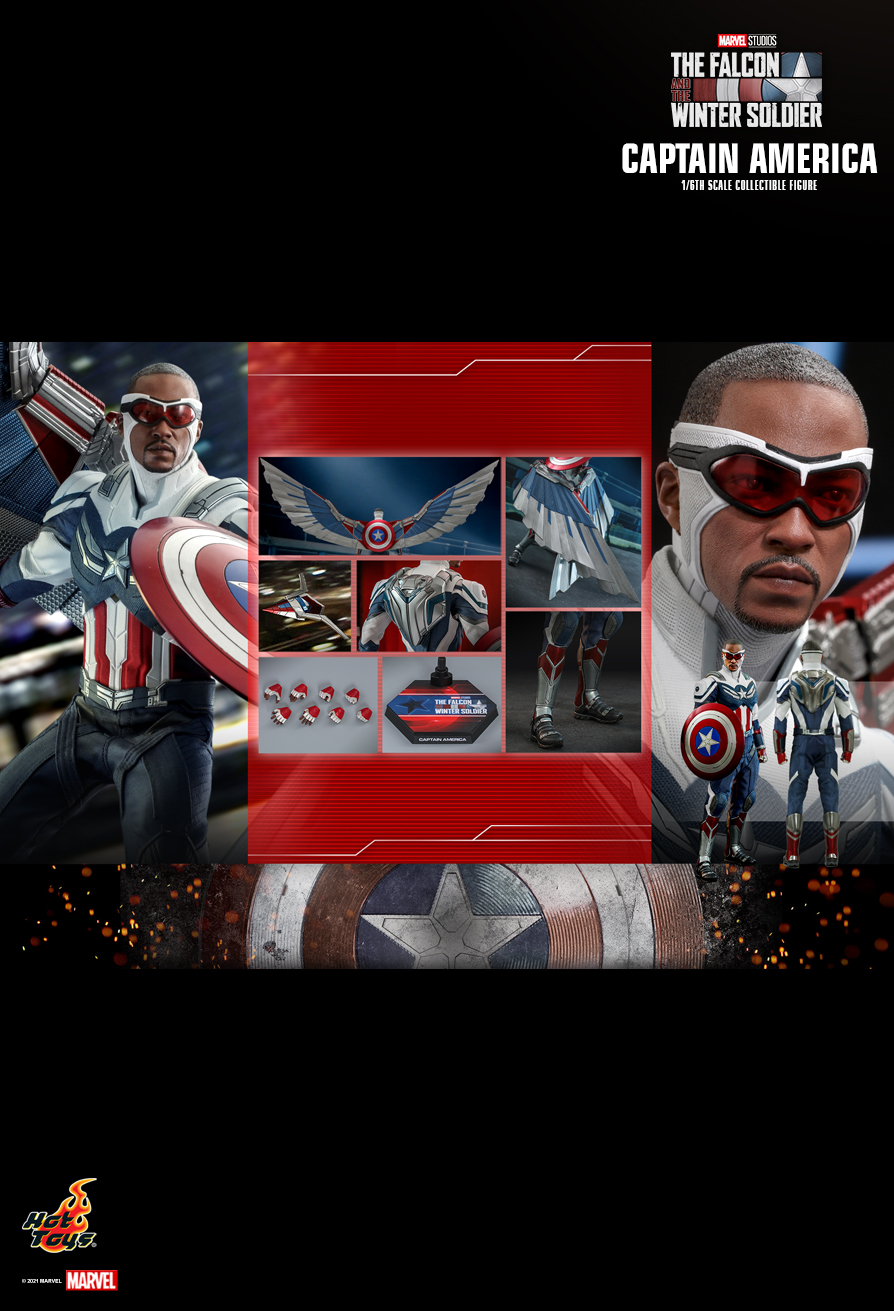 Teaming up with Bucky Barnes against the Flag Smashers rebel group, Sam Wilson a.k.a The Falcon suits up again but in a new outfit with his signature wings, reclaims the symbolic shield once wielded by Steve Rogers and the complicated legacy that comes with being the new Captain America in the conclusion of Marvel Studios’ The Falcon and the Winter Soldier series.

Masterfully crafted based on the appearance of Anthony Mackie as the new Captain America in The Falcon and the Winter Soldier series finale, the figure features a newly developed head with face gaiter and goggles; a newly designed tactic outfit in blue, white, and red color scheme with a Star emblem; Captain America’s iconic shield; a flight backpack, a Redwing drone, and detailed recreation of the massive wings measures approximately 80cm wide, designed with extended articulation for incredible action scenes.

The new Captain is here! Don’t miss out on the chance and pre-order it today! 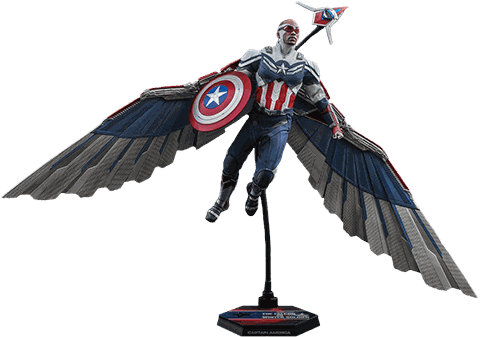