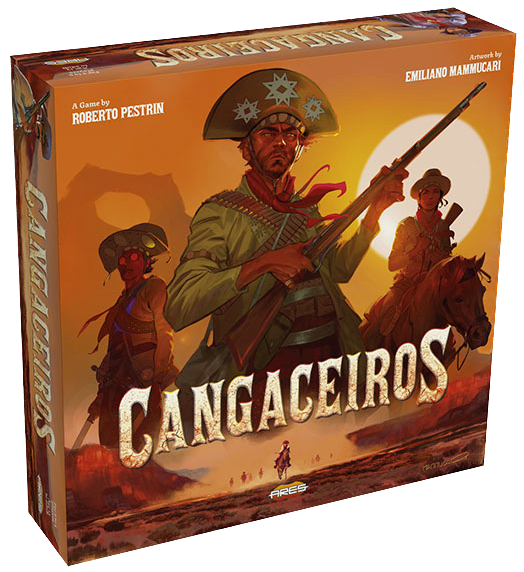 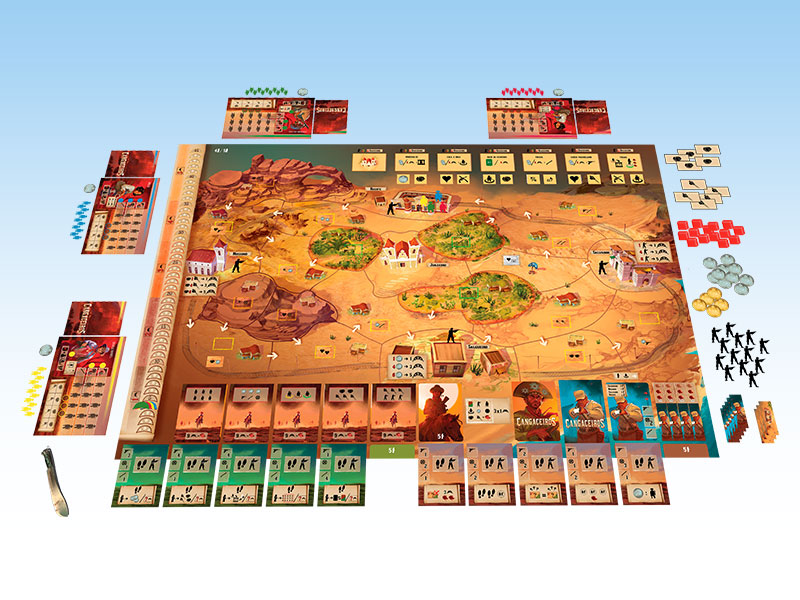 In Brazil in the late 1800s and early 1900s large landowners called Coronéis were starving the north-east of the country in an extensive area that included the Sertão desert. In this climate of corruption and abuse, the Cangaceiros, bandits who violently opposed the status quo, were born.

Cangaceiros is a strategic competitive game for 2 to 5 players in which each player plays a gang that tries to survive in the hostile desert territories, hunted by the Volantes, the state police trained to kill them. Each band will have a chief to choose from the 20 available, each with its own unique abilities and characteristics.

The management of each 7 cards deck is fundamental, such as collecting resources, placing bandits to guard a region, attacking the Volantes, assaulting the prison of the city of Recife, convert the accumulated resources into fame, train their leader and recruit new members for the gang.

Players will win accumulating fame points, obtained by attacking the Volantes, but also training your boss to solve his life goal and make him retire in glory. You also gain fame points in several other ways during the game. At the end of each game, the player with the most fame points wins.

The different chiefs, the initial setup of cards and resources, the events and life goals distributed randomly make each game profoundly different from the other, offering a high re-playability.